What Starbucks Employees Can Teach You About Self-Control

And what they have in common with professional athletes and recovering addicts. 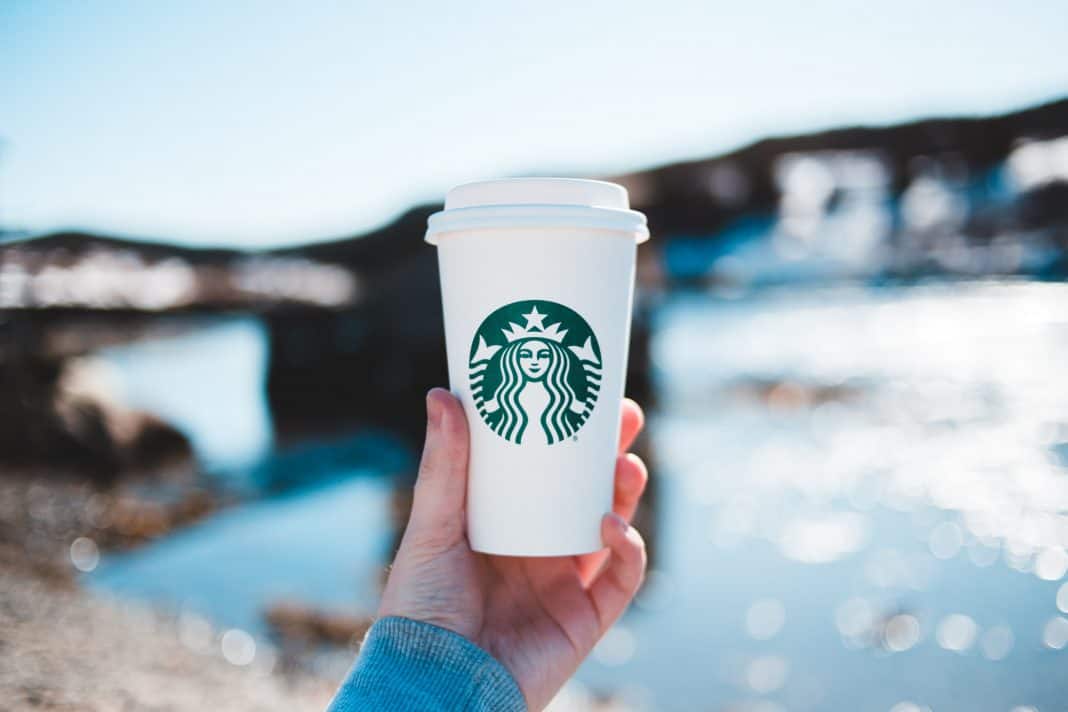 Next to dealing with life-or-death situations, there may be no job more stressful than delivering people their morning coffees. We all know those people, the ones you wouldn’t dare cross before they’ve consumed 225 mg of caffeine straight to the face.

In his New York Times bestseller The Power of Habit: Why We Do What We Do in Life and Business, Charles Duhigg writes about the ways Starbucks employees are taught to hack their behavior to manage their emotions and the emotions of others.

The key, he says, lies in habits: training employees so well that they can fall back on deeply ingrained coping mechanisms for conflict resolution even in highly stressful situations.

Travis Leach’s parents took him and his siblings camping every summer. Most Friday nights, they attended his sister and brother’s softball games. Travis went to Disneyland when he was 4. When he was 9, he saw his dad overdose on heroin. Travis’s parents were “functioning” addicts, cycling through heroin and crank while maintaining enough normalcy to keep custody of their kids.

At 16, Travis dropped out of high school. He tried working jobs at a car wash, McDonald’s, and Hollywood Video, but he was prone to emotional outbursts when customers were rude to him or work became too busy. After someone recommended that he get a job at Starbucks, his life changed; by age 25, he was manager of two Starbucks locations, with a salary, no debt, and a 401(k). What changed? His routine.

Starbucks “spent millions of dollars developing curriculums to train employees on self-discipline,” Duhigg writes in The Power of Habit. “Executives wrote workbooks that, in effect, serve as guides to how to make willpower a habit in workers’ lives.”

Sounds good! But what does it look like in practice?

Sasha Mirzoyan worked at a Pittsburgh, Pennsylvania, Starbucks more than five years ago, but he still remembers the basic tenants of his training in dealing with disgruntled customers. “There was a funnel we had to follow,” he says.

First, “hear what they are upset about.” Second, “make them feel they are understood.” Finally, “offer a solution,” like making a new drink or offering something for free. The point, Mirzoyan notes, is to make the customer feel “in a genuine way” that you can relate to their discontent.

He’s referring to what they call at Starbucks the LATTE Method, an acronym encapsulating the steps of resolution. Employees are drilled in this response until the following becomes automatic: Listening to the customer, Acknowledging their complaint, Taking action by solving the problem, Thanking them, and Explaining why the problem occurred.

This kind of emotionally intelligent response process is proven to diffuse negativity, making things better for the person on either side of the confrontation. Starbucks isn’t the only organization to provide more emotional stability though.

Academics and researchers have given some side eye to Alcoholics Anonymous for its lack of structure, according to Duhigg in The Power of Habit, but in recent years they’ve begun to take note of why the organization has been such a force of change in the lives of many who join it.

Alcoholics Anonymous adheres to “the Golden Rule of habit change,” says Duhigg. That is, “AA succeeds because it helps alcoholics use the same cues, and get the same reward, but it shifts the routine.”

For example, the craving for drunkenness may really be a craving for “escape, relaxation, companionship, the blunting of anxieties, and an opportunity for emotional release.” These rewards are sought after certain cues, or triggers, like traumatic events.

Once the recovering alcoholic is forced to examine the rewards they crave and the cues that precede these cravings, they can replace the go-to routine (drinking alcohol) with a different, healthier routine (talking to a sponsor, attending a group gathering, exercise) that can provide the same rewards.

Believing That Change Is Possible

Just have faith. It sounds trite, and, as Duhigg notes, researchers are not fond of the idea that some Other Force is responsible for people’s success, given that this is not a testable hypothesis—but recovering alcoholics consistently attribute their sustained sobriety to God.

When, in 2005, scientists began to test whether there was a correlation between religious belief and recovery, they uncovered a pattern: “Alcoholics who practiced the techniques of habit replacement, the data indicated, could often stay sober until there was a stressful event in their lives—at which point, a certain number started drinking again, no matter how many new routines they had embraced. However, those alcoholics who believed … that some higher power had entered their lives were more likely to make it through the stressful periods with their sobriety intact.”

Of course, if you don’t believe in God, you can’t simply will yourself to do it without feeling like a fraud. Not to worry! “It wasn’t God that mattered, the researchers figured out,” writes Duhigg.

“It was belief itself that made a difference. Once people learned how to believe in something, that skill started spilling over to other parts of their lives, until they started believing they could change.”

If you’ve never had substance dependency issues, you’ve probably never considered yourself an addict. But have you ever been in love? If the answer is yes, you could, by some definitions, consider yourself among the addicted. Research reveals that the stew of brain chemicals resulting from romantic attachment is not so different from that brought on by a heroin high.

In that line of thinking, you might liken someone experiencing a painful breakup to someone going through withdrawals (with symptoms worsening during every surprise assault by that Adele song). At the very least, “a breakup throws both partners out of whack, like a caffeine addict suddenly deprived of her morning red-eye,” writes Grace Larson, a PhD student studying close relationships, for Vox.

To move on from the emotional trauma, Larson recommends something called “self-distancing,” or viewing the narrative of your breakup as if through the eyes of a third-party observer.

Try it with any emotionally gutting situation. “Researchers at Berkeley have found that this technique … can help people bounce back from distressing events like rejection,” Larson writes.

When Michael Phelps started swimming at the age of 7, it was to keep him from driving other people up the wall.

His energy was exhausting to his mom and his teachers, and a local swimming coach, Bob Bowman, suggested the sport, given Phelps’s long torso, large hands, and comparatively short legs, all of which gave him the ideal swimmer’s body.

Despite being the perfect physical specimen, Phelps was unable to calm himself before races. He had a lot to cope with, like his parents’ divorce. So, Phelps’s coach bought him something. “Bowman purchased a book of relaxation exercises and asked Phelps’s mom to read them aloud every night,” writes Duhigg in The Power of Habit.

The script it contained instructed Phelps to tighten and release different parts of his body—turning one hand into a fist and then releasing it, for example—until every part had been relaxed before he fell asleep. In effect, Bowman was asking Phelps to redirect his energy into mindfulness meditation.

Something else Bowman had Phelps do was positive envisioning. Duhigg notes that Bowman instructed a teenage Phelps after each practice to “watch the videotape … before you go to sleep and when you wake up.” This “videotape” wasn’t literal, but “a mental visualization of the perfect race.”

Director of the Ohio Center for Sport Psychology, Dr. Jack J. Lesyk, confirms that this kind of visualization is an essential aspect of preparation for elite athletes.

“Successful athletes,” he says, “[c]reate and use mental images that are detailed, specific, and realistic.” Part of this process is also “[preparing] themselves for competition by imagining themselves performing well in competition” and “[using] imagery during competition to prepare for action and recover from errors and poor performances.”

It may sound wild or self-indulgent, but this process of mentally rehearsing a desired outcome can help you with anything, perhaps because, as some studies suggest, mental rehearsals activate some of the same neural pathways involved in real-life experiences. Anyone feel like watching The Matrix?

Jim Loehr and Tony Schwartz have spent years studying top executives—”corporate athletes”—to find whether their success can be condensed into some kind of formula. Their theories are informed by the two decades that performance psychologist Jim Loehr spent working with world-class athletes at LGE Performance Systems.

“If [executives] were to perform at high levels over the long haul, we posited, they would have to train in the same systematic, multilevel way that world-class athletes do,” Loehr and Schwartz tell the Harvard Business Review. They found that top executives’ capacity to perform well even in the face of increasing demands relies heavily on whether they have mastered “oscillation,” or “the rhythmic movement between energy expenditure (stress) and energy renewal (recovery).”

Echoing the premise of Duhigg’s The Power of Habit, Loehr and Schwartz hold that it’s “these highly precise, consciously developed routines [that] become automatic over time” and allow optimum performance. In other words, conscious habits are the key to living your best life.

So go ahead, take your 225 mg of caffeine straight to the face—and then get to planning.