Breastfeeding myths are as old as motherhood. Here are a few that still need to be put to rest.

The first time someone in my family suggested I should give my second baby a bottle, I took it personally. My baby wasn’t sleeping much at night, so I found myself breastfeeding around the clock. I had brought it up not because I was looking for advice, but because I just wanted to vent about how desperately tired I was.

“Maybe she’s hungry,” they suggested to me casually. My stomach dropped when they said it. How dare they suggest I’m not doing a good job feeding my baby. I, somewhat shortly, told them I didn’t see any reason to switch to formula and ended the conversation.

Since then, I’ve heard that advice more times than I can count. Although I have come to accept that my babies just don’t seem to sleep soundly, there have been people in my life who have felt like it was breastfeeding that was the problem. They seemed to believe that if I really wanted to get more sleep, I needed to give up on breastfeeding altogether.

As it turns out, this commonly-held belief about breastfeeding is a big misunderstanding. Moms who choose to nurse their baby don’t actually sleep a lot less—they actually sleep more than moms who formula-feed, according to a study published in The Journal of Perinatal & Neonatal Nursing.

“Breast milk is perfectly designed for our babies,” explains Angela Dietrich-Kusch, MD, pediatric hospitalist with Riley Children’s Health. “Because it is more easily digested, it does tend to pass through their system more quickly.” 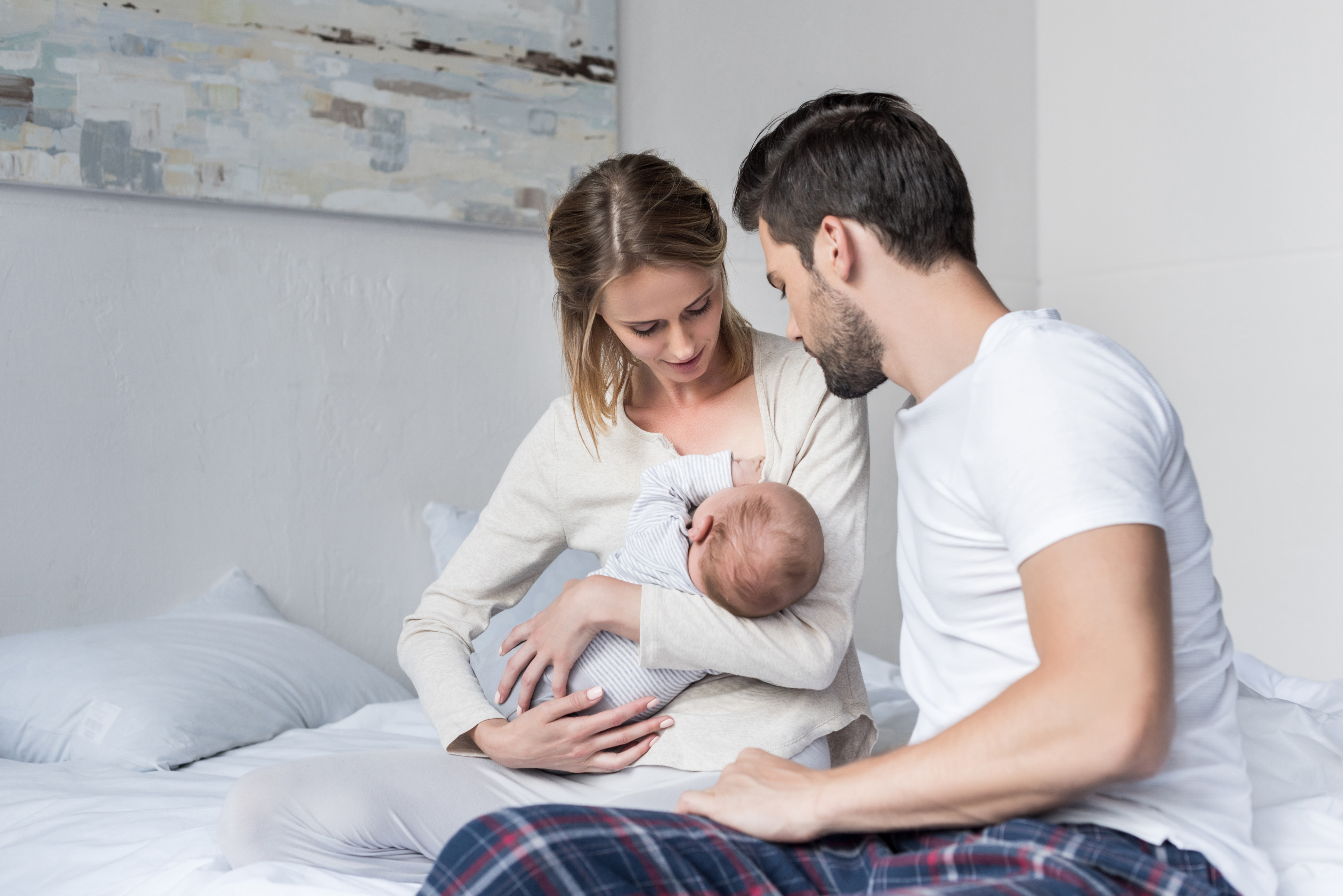 Additionally, breastfed babies are less likely to overeat since it takes more effort to drink milk from a breast than it does a bottle. However, Dietrich-Kusch was quick to express that a soundly sleeping baby is overvalued in our culture.

“The issue there is that we know from the research on sudden infant death syndrome that sleeping more soundly does not equal sleeping safely,” she explains, referring to the numerous studies that have found an increased risk of SIDS associated with formula-feeding babies, as shown in a review published in Reviews in Obstetrics & Gynecology.

While it may be true that breastfeeding is “natural,” that doesn’t mean it just comes naturally to new moms and their babies. When I ask my friends about their breastfeeding experience, I hear the same answer from four different moms. They all tell me it was so much harder than they expected.

“Do not deny that breastfeeding is difficult and try to sell ‘easy’. Embrace the difficult – show women the personal pride and sense of accomplishment that comes from breastfeeding, just like running a marathon or scaling a mountain.” @iamKSealsAllers

“I was shell-shocked by how hard it was the first time,” shares Becky Wilson Berezoski, mom of four. “How completely dependent my baby was going to be on me, how overwhelmed I would feel being his only source of food, and how physically and emotionally taxing it would be.”

According to Rachel Borton, MSN, FNP-BC, the director of the Family Nurse Practitioner program in the Bradley University Department of Nursing, it’s uncommon for a new mom to breastfeed without facing a single challenge. Most moms experience some discomfort, their baby has difficulty latching, or mom feels like her milk is slow to come in.

“It’s not insurmountable,” she says. “You have to consistently try the same things everyday; you’re breastfeeding every three to four hours, it’s a lot of work.”

Some women may find themselves concerned that their small breasts will prevent them from producing enough milk for the baby. Breast size doesn’t influence milk production, according to Dietrich-Kusch, who said she does hear this concern from new moms in her clinical work. 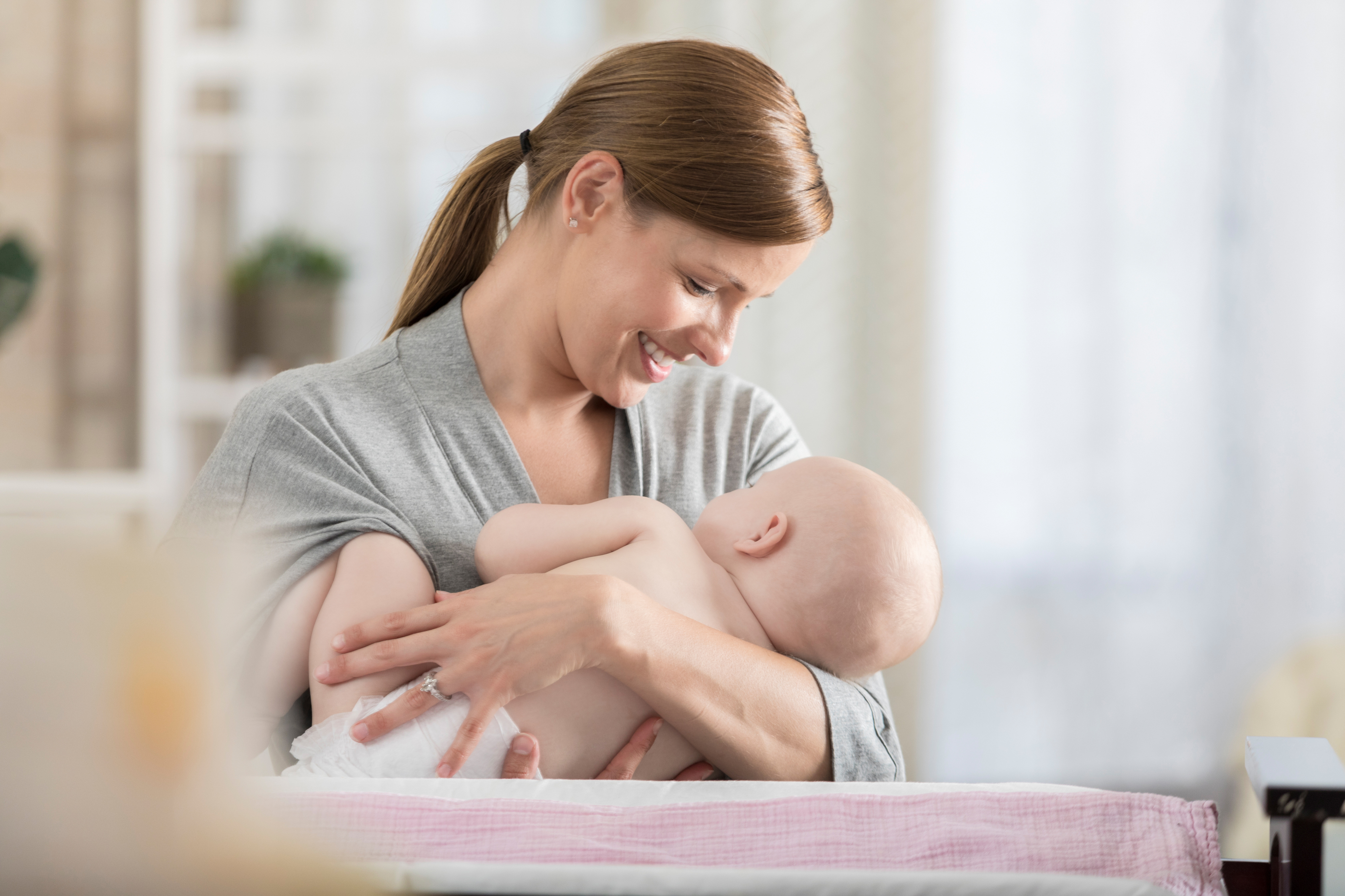 “They may worry about whether or not they’re going to have the ability to make breastmilk,” she says. “Our mammary glands are not dependent on the overall size of our breasts, so that’s kind of an individual thing.”

When a baby is depending on you as their source of food, it is easy to get caught up in concerns that you are not making enough milk. Because of this, it is fairly common for moms to search social media support groups looking for a magic pill or simple strategy for increasing their milk supply.

The issue with this is that there isn’t any clear research that there is any one thing you can eat or drink that will help you produce more milk. In fact, there simply isn’t research at all. 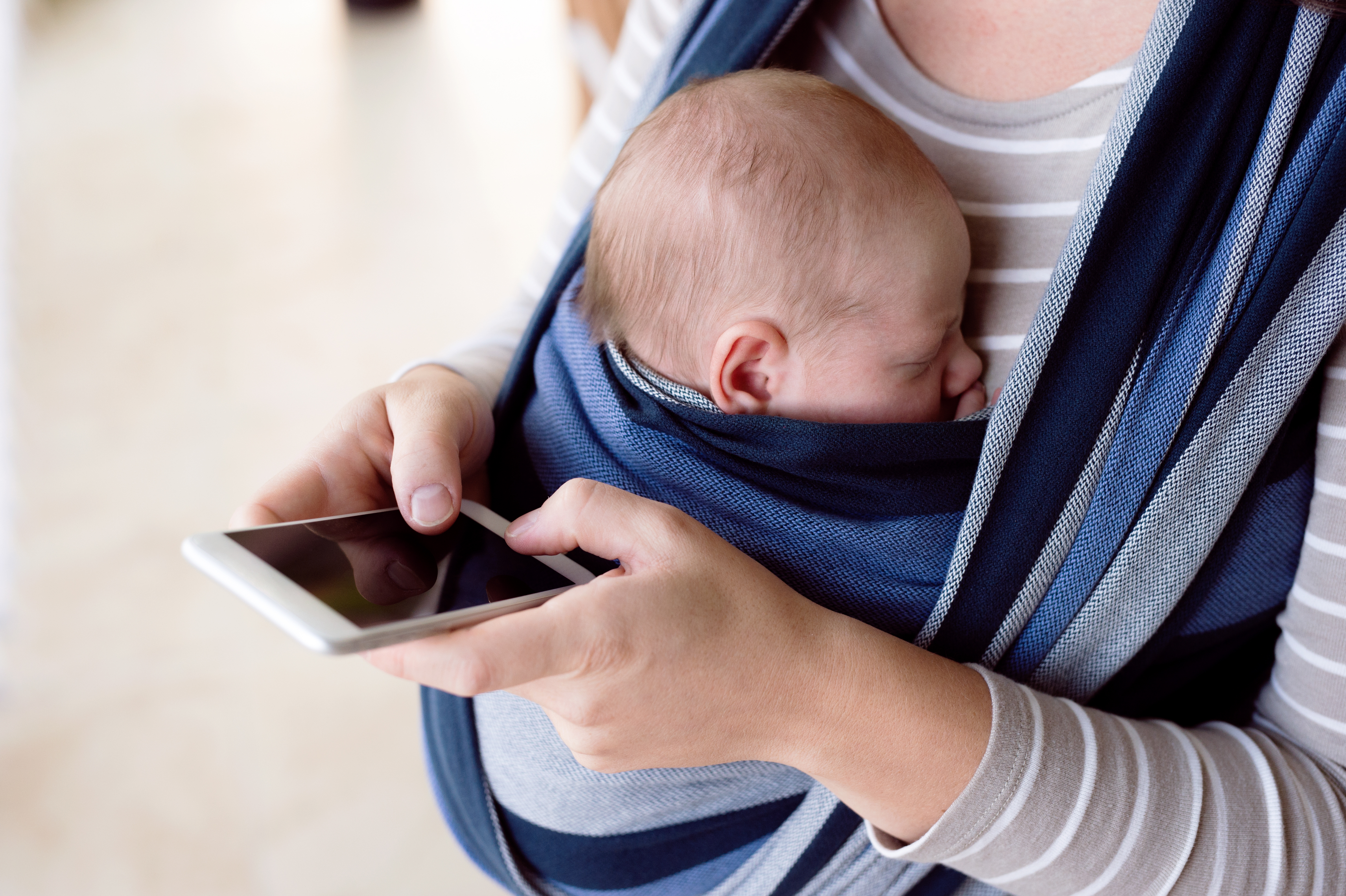 “Studies like that are hard to do. You’re exposing the infant to something they wouldn’t otherwise be exposed to. It’s hard to convince people to buy into doing studies like it,” explains Dietrich-Kusch. “Certainly, we know that things like fenugreek, the supplements they sell, they’re not harmful to babies.”

Outside of knowing they’re not harmful, Dietrich-Kusch simply doesn’t believe there is enough information out there to determine if milk-boosting supplements will work. One review published by The Annals of Pharmacotherapy confirmed her assertion, saying that evidence is lacking on the topic of galactogogues and breast milk production.

Well, for me the overwhelming maple syrup smell ALL THE TIME gave me migraines. And the fenugreek gave my already colicky baby gas. And also it did nothing for my supply.

Although she doesn’t discourage her patients from trying, she always advises them to rely on the one method that is proven to work—breastfeeding more often and for longer periods of time. Breast milk production is a supply and demand relationship, the more a baby stimulates the breast, the more milk the mother will produce.

When it comes to breastfeeding myths that won’t go away, this just might be the most difficult-to-dispel myth out there. Nearly every mom I asked about their breastfeeding experience says she experienced a lot of pain. I hear it described as “toe-curling,” while other moms say they were in tears every time their baby nursed. 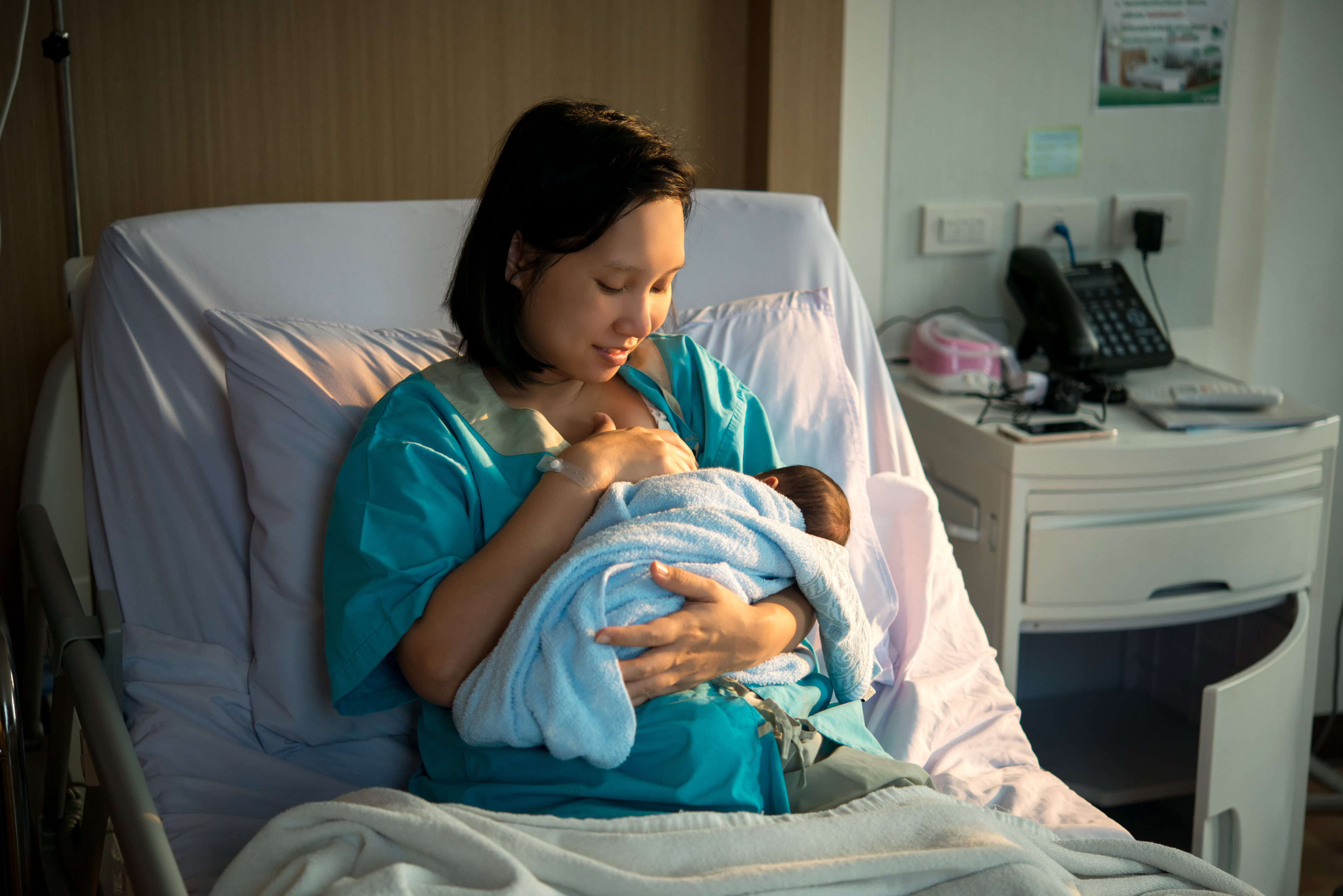 But when I follow up with experts, they say this type of pain shouldn’t be seen as normal. What is normal is to feel some discomfort during the first couple of weeks.

“That has to to do with the latch,” explains G. Thomas Ruiz, MD, OB-GYN at MemorialCare Orange Coast Medical Center in Fountain Valley, CA. “If the baby is latched properly, initially you might get uncomfortable because your nipple is not used to the breastfeeding … so you kind of get a lot of nipple chafing and dryness.”

I breastfed Mia for about a year and 4 months and she had plenty of teeth and it was never painful… I know what people are going to think, every kid is different, but believe me it is NOT supposed to hurt.

Most moms will also experience pressure when their breasts become engorged, according to Borton, who clarifies that it is a tight pressure in both breasts that can be relieved by breastfeeding, not a stabbing pain.

On the other hand, if the mother is actually in severe pain, her nipples are bleeding or scabbing, or she has very localized pain, something isn’t right.

It shouldn’t hurt. When I breastfed my son wasn’t latching correctly and ended up making my nipple bleed.

“As opposed to pain, which can either be pain from the baby latching improperly versus pain that can occur from infection due to mastitis,” says Ruiz, who advises moms experiencing redness, pain, or tenderness to see a lactation consultant for advice.

Many moms hold off on introducing a bottle or a pacifier because of the fear of nipple confusion. It isn’t quite accurate to call this is myth since it is more of a misunderstanding.

First and foremost, it’s important to understand just how difficult it is to provide a black and white answer to this concern. 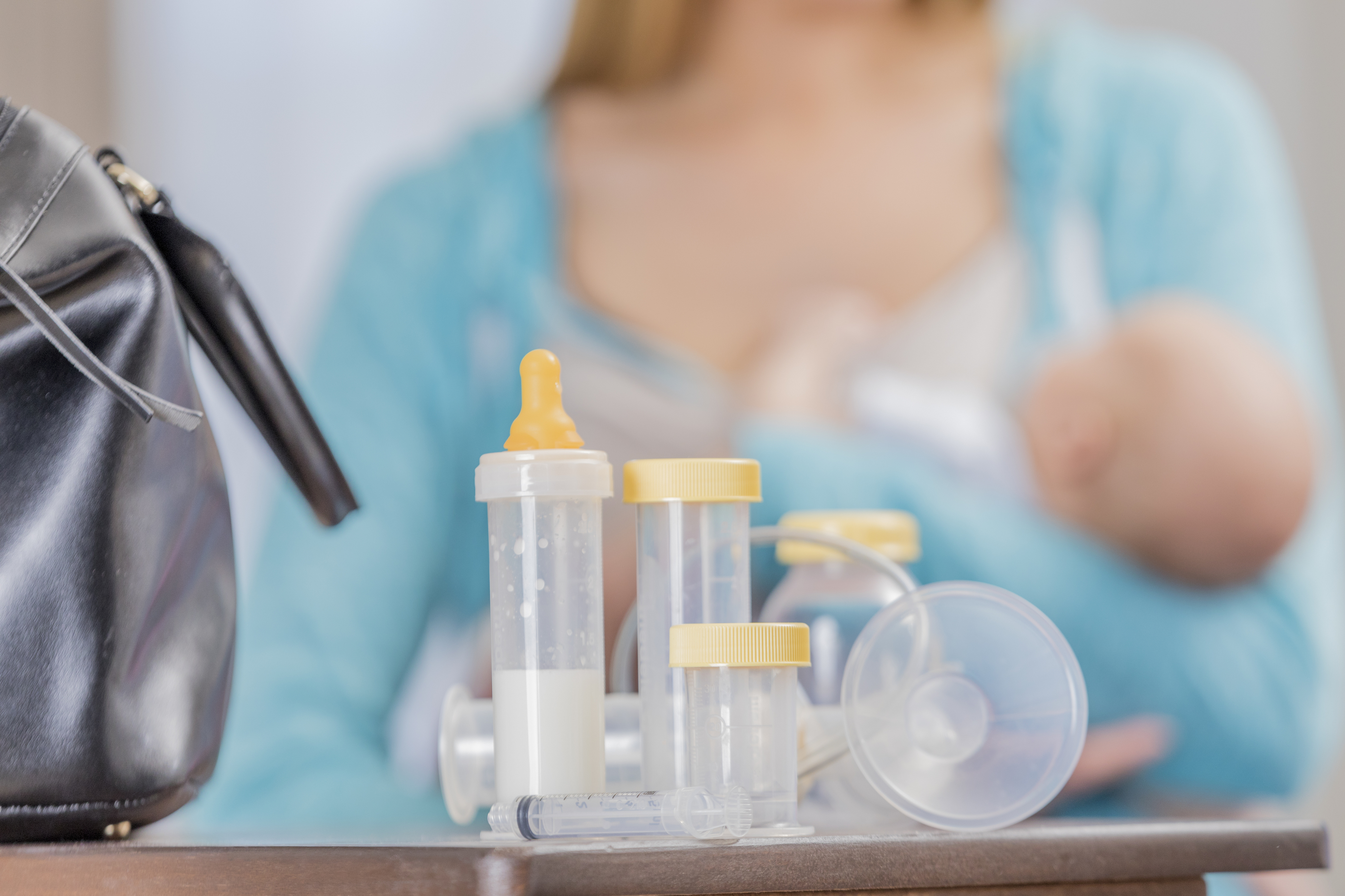 “Every single baby and mom are different,” explains Dietrich-Kusch. “We know that there are some babies that can go seamlessly between artificial nipples and breastfeeding without seemingly any issue, while others will prefer one over the other.”

Secondly, it is important to know that bottle feeding and breastfeeding don’t have to be mutually exclusive. Moms just need to be smart about how they proceed. Artificial nipples can allow babies to eat with less effort, since the milk flows more quickly. International Board Certified Lactation Consultant Leigh Anne O’Connor advises moms who would like to introduce a bottle to make sure the breast is still being stimulated often to encourage continued milk production. Additionally, she suggests using bottles that have a slow flow nipple, which is typically clearly labeled on the bottle packaging. 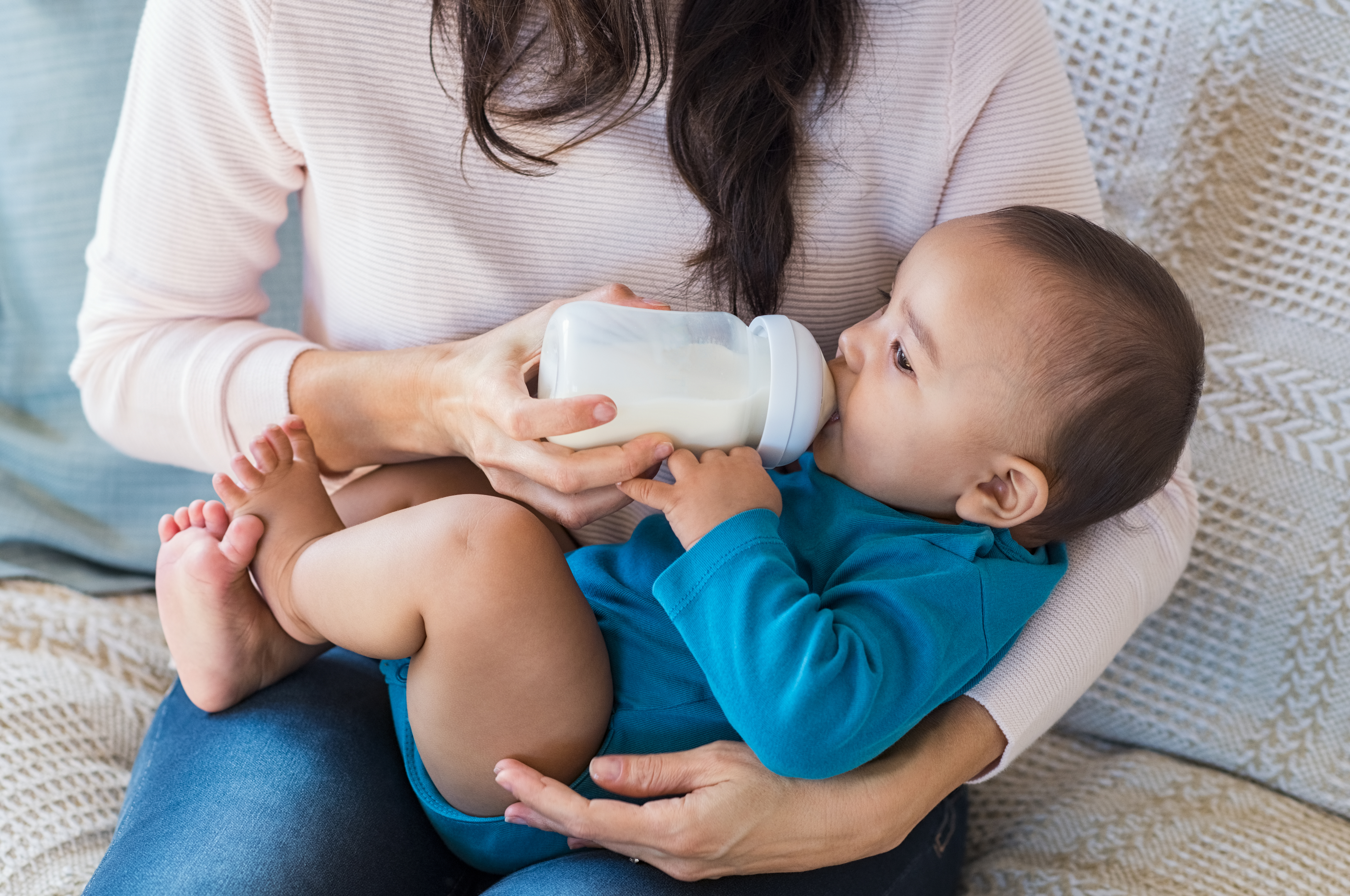 Myth: Breastfeeding is the only option.

“I had to supplement early on with all my babies because they lost too much weight and were at risk of failure to thrive,” mom of four Katie Fazio shares with HealthWay. “It broke my heart, and I felt like failure as a woman and like I didn’t deserve my babies.” 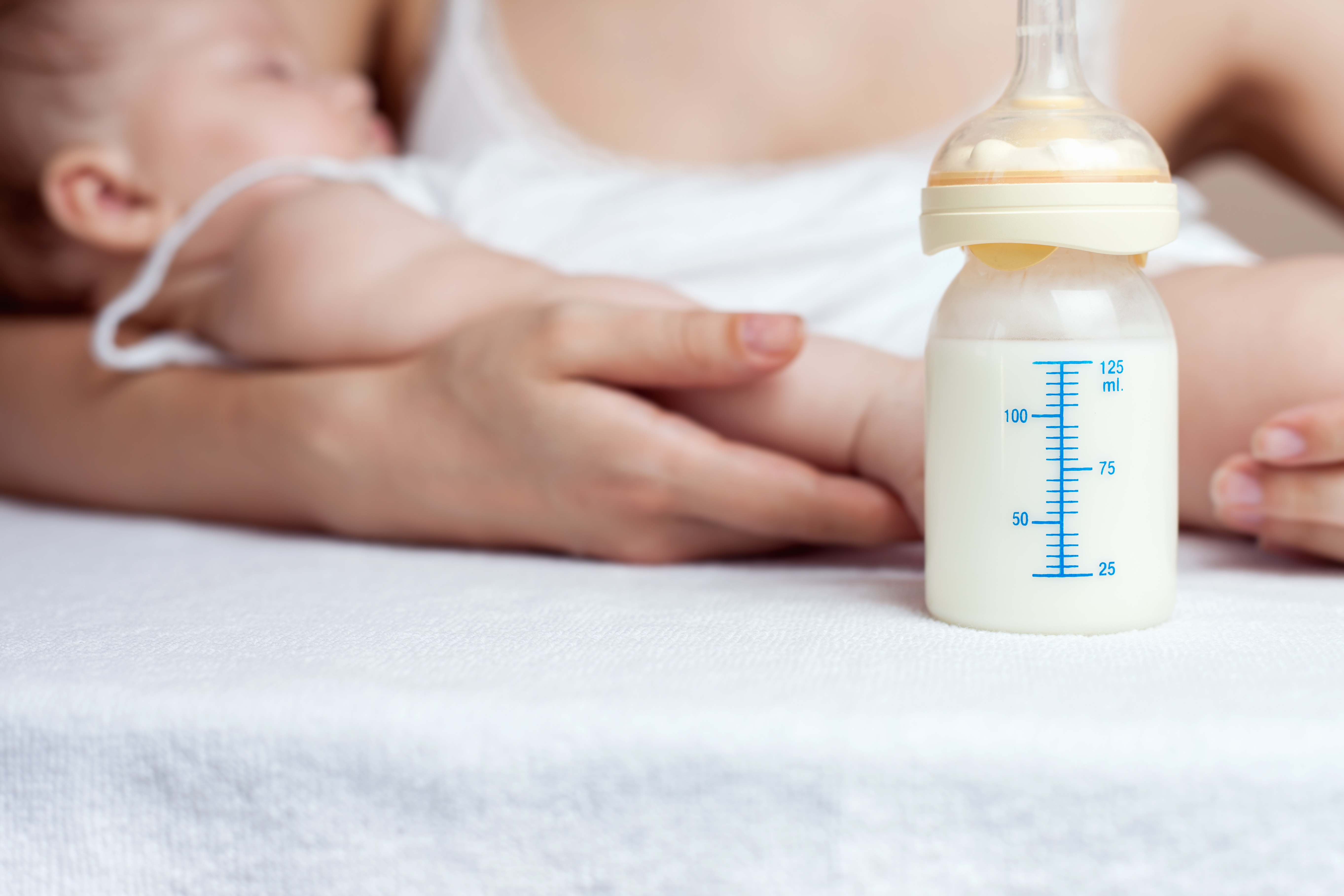 It is important that moms don’t get too caught up in the myth that formula is not an acceptable alternative to breastfeeding.

Ultimately, it is most important that the baby is well-fed and the mother is taken care of, making it incredibly important that mothers are supported in their decision to breastfeed or formula-feed and that they are given the information needed to dispel the most common myths about infant feeding.

Is Your Baby Ready For Baby-Led Weaning?