Your Guide To Natural Antihistamines: What To Know When Allergy Symptoms Arrive

Tired of the side effects of pharmaceutical antihistamines? Natural antihistamines might be a better alternative for you. Here’s all you need to know about using natural products to ease your allergy symptoms. 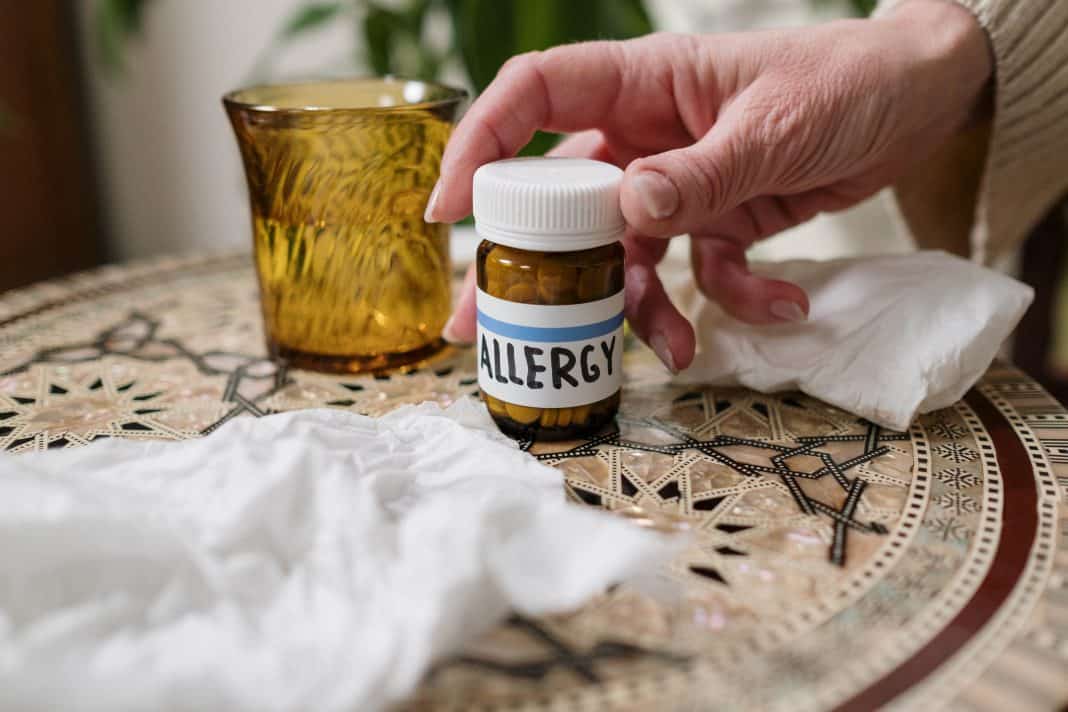 Which supplements and ingredients are natural antihistamines?

Natural Antihistamines and Your Skin

There are natural alternatives to topical antihistamine creams too. If you have itchy skin or a rash because of allergens, Esposito recommends nettle leaf and quercetin as natural antihistamines that work from the inside out. That said, they won’t get to work immediately. “For immediate relief I utilize a mix of aloe vera, calendula, and tea tree oil,” he says. “Although most natural therapies are best taken as supplements, I find calendula oil to be helpful topically to help reduce the histamine-like skin reactions.”

How can I include natural antihistamines in my diet?

If your symptoms are mild, certain dietary changes might help you. Amanda Frick, lead naturopathic doctor at Harvey Health, says this could help you take a preventive approach to allergies. “You could add more citrus to your diet for increased vitamin C,” she says. “Bromelain is found in high amounts in pineapple. Quercetin is found in dark-colored fruits and vegetables like berries, cherries, apples, and wine and can be found in smaller amounts in leafy greens and onions.” Additionally, cruciferous vegetables like cauliflower, broccoli, cabbage, and Brussels sprouts contain NAC. Stinging nettle or nettle leaf is available in tea form, but Esposito believes you’d have to have about eight cups a day to treat moderate allergies. A number of other vegetables and herbs can be used as natural antihistamines to treat allergic reactions. This includes ginger, which has been shown to prevent and treat allergic reactions; watercress, which inhibits histamines; and peaches, which slow down the inflammatory response of the mast cells. Generally, though, these studies focused on concentrated amounts of those foods. This means you’d have to eat a lot of it before you notice an effect. Eating a bowl of pineapple isn’t going to make your hives disappear immediately. But when these foods form a part of a balanced diet, they can have a preventive effect, as Frick notes. However, as Esposito says, natural anthistamines in capsule or pill form are much more effective than food if you want to treat moderate or severe allergies.

What to Know Before You Take Natural Antihistamines

Natural antihistamines have fewer side effects than pharmaceutical antihistamines, say Frick and Esposito. However, just because something is natural doesn’t mean it is without risk. One such risk is that you might be allergic to some of the antihistamines. For example, bromelain should be avoided by those who are allergic to pineapple. As always, it’s important to use [linkbuilder id=”357″ text=”everything in moderation”]. “You should exercise caution with all supplements for cross reactivity with other herbs and prescriptions,” Frick suggests. It’s very important to tell your physician if you’re taking supplements of any kind, even if they’re natural or available over the counter. Many people don’t think to tell their doctors if they’re taking supplements, but it’s important that they do so in the event that their supplements might interact with other medicine. Although many natural antihistamines have been studied thoroughly, there’s a lack of evidence when it comes to others. “The truth is we often don’t know how to measure the risks and likelihood of having side effects with many of these herbal treatments,” says allergist and immunologist Clifford Bassett, MD. Bassett is the founder and medical director of Allergy & Asthma Care of New York. He points out that although quercetin has been studied and found to be effective, some other herbal treatments were associated with a few short-lived side effects. “We do know the likely benefit and risks of both over-the-counter and prescription allergy medicines, such as oral, ocular, and nasal antihistamines.” In other words, pharmaceutical antihistamines are more predictable than natural antihistamines. Always exercise extra caution if you’re pregnant or breastfeeding. It’s important to consult your doctor or midwife before taking any sort of supplement. At present, there are too few studies that test the effects of natural antihistamines on pregnant or breastfeeding women. When it comes to dosing children, you should check with your pediatrician first, says Frick. “These natural ingredients are generally considered safe for pediatric use with adjusted dosing,” she says. Incorporating foods rich in quercetin and other antihistamines could be a good approach. Frick suggests adding dark-colored berries and vegetables in your child’s diet to prevent mild allergies.

Someone else who may benefit from natural antihistamines? Your pet. According to integrative veterinarian Martin Goldstein, DVM, your cats and dogs can also benefit from the natural antihistamine effects of nettle and quercetin. Goldstein, popularly known as Dr. Marty, has 40 years of experience as a veterinarian and authored the book The Nature of Animal Healing. “Other treatments for allergies would include high levels of omega-3 rich oils like fish or krill oil, and even coconut oil is favorable,” Dr. Marty says. “A supplement containing beta-sitosterol is one of my favorites, as it has a natural steroid-like effect again with no side effects,” he adds. Dr. Marty advocates changing your pet’s diet to one that contains primarily fresh meats, reducing the grain and starch in their diet. He also recommends running blood tests to check for food allergies if possible. If your dog is prone to allergies, Dr. Marty suggests trying acupuncture.

Prevention is better than cure.

If you want to take a holistic approach to your health, dealing with allergies shouldn’t just include taking natural antihistamines when you’re struggling. Avoiding allergens whenever you can and maintaining good overall health is important. “Whether the antihistamine is natural or not, you want to remove the obstacles to heal[ing], and that requires a complete holistic approach.” Esposito says. “My goal is not to have people on these herbs or medications their whole life, as benign as they may be, because our body has its own innate ability to heal.” To prevent allergies, Esposito advises practicing good hygiene, avoiding allergens where possible, and taking care of your general health. Other than consuming natural antihistamines, you might want to try other natural remedies for allergies. This can include clearing your stuffy nose with a neti pot, using a HEPA filter to reduce dust and mold spores in your home, and sipping anti-inflammatory peppermint tea. Many essential oils can also be useful when it comes to treating and soothing allergic reactions. This is because they often ease inflammation. Eucalyptus oil, for example, has been shown to reduce nasal congestion. Studies have suggested that peppermint oil is a relaxant that soothes spasmodic coughing and an anti-inflammatory that can ease the symptoms of allergic rhinitis and bronchial asthma. Lemon and tea tree oil can also be useful for people with allergies. You can use them in your home in a diffuser or to clean surfaces. Both lemon and tea tree oils kill allergens like mold and bacteria, which can help prevent allergic reactions.  Allergies are always a struggle to deal with, and over-the-counter antihistamines aren’t for everyone. Fortunately, though, nature has given us many useful tools to help our bodies soothe themselves, enabling us to take a holistic approach to allergies. If the side effects of traditional antihistamines are bothering you, speak to your physician about trying a more natural alternative.