The language of gender identity is exploding. Here’s your guide to understanding it all. 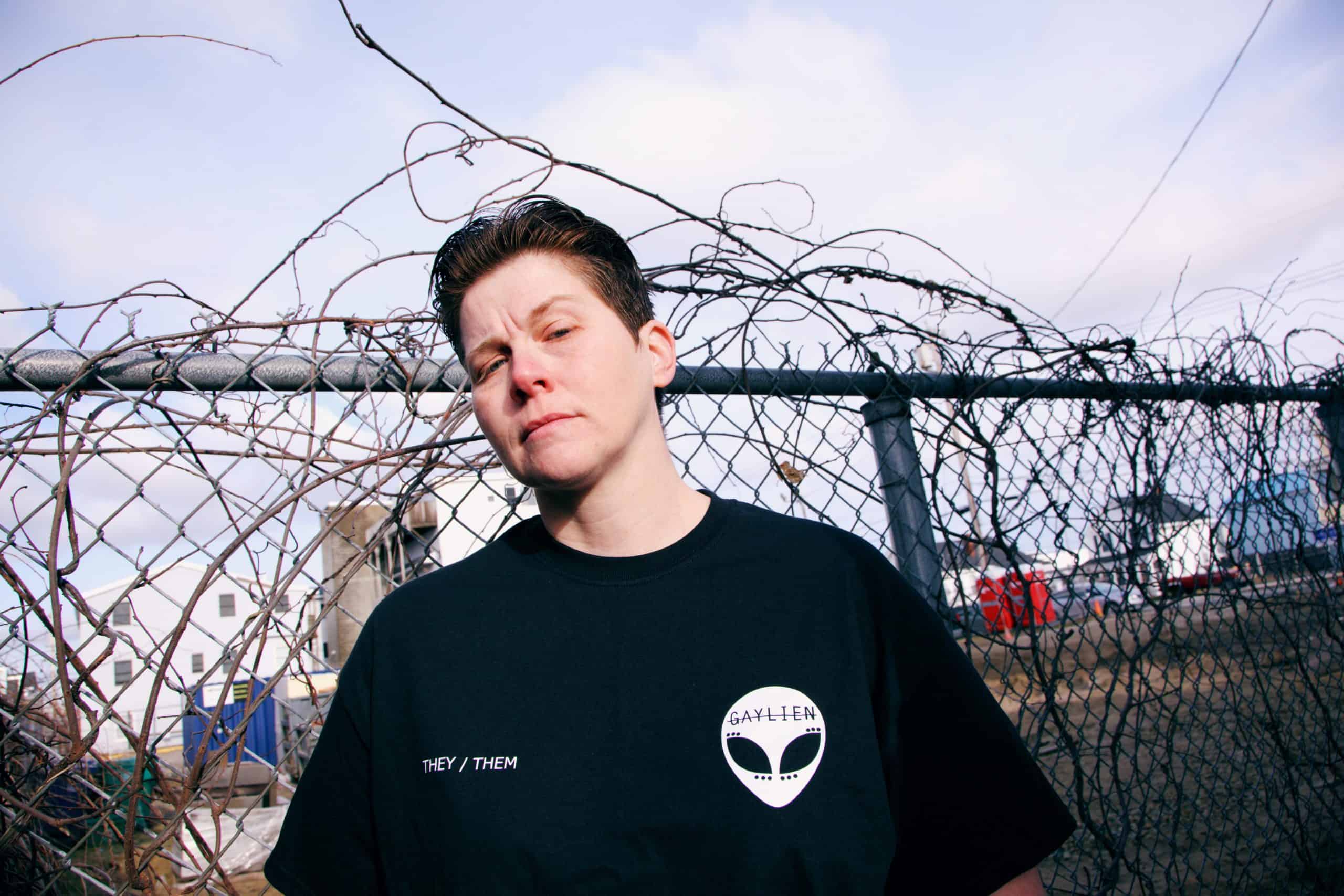 Gender-fluid. Genderqueer. Non-binary. Gender non-conforming. The language of gender is changing, and it’s doing it faster than you can say LGBTQIA. Whether your best friend has just asked that you start referring to them as “they,” or your child has come home and shyly asked if it’s okay that they don’t really “feel” like a boy or a girl, it can be hard to know what to say and when to say it. That hesitancy and confusion is absolutely normal, says Joel Baum, senior director of professional development at Gender Spectrum, a San Francisco area non-profit dedicated to creating a more gender-inclusive world for kids and adults alike. “Gender hasn’t changed that much,” Baum says, “But we’re understanding it differently.” And that understanding has brought along with it what Baum calls a “language explosion,” with a host of new terms that many people are struggling to understand. Sometimes they’re trying to figure out if those terms are right for themselves or an appropriate way to describe their own gender identity. Sometimes they’re trying to understand the terms used by friends, family members, or their kids, hoping to say the right thing and not be offensive or cruel. What matters most, Baum says, isn’t the words you use at the outset but the ability to be open to hearing from others what their chosen terms mean and to be able to change. “A big part of the work around this is becoming more comfortable with not knowing and being able to ask,” Baum says. So what is gender-fluid? And how about non-binary, genderqueer, or gender non-conforming, for that matter?

Gender-fluid is just one term.

If you go by its dictionary definition, gender-fluid refers to “a person whose gender identity or gender expression is not fixed and shifts over time or depending on the situation.” That fluidity doesn’t mean that people can’t make up their minds. But it does mean that their identity is not constrained to just one binary, such as boy or girl. Non-binary and genderqueer, on the other hand, are defined by GLAAD as “terms used by some people who experience their gender identity and/or gender expression as falling outside the categories of man and woman. They may define their gender as falling somewhere in between man and woman, or they may define it as wholly different from these terms.” GLAAD defines gender non-conforming as “a term used to describe some people whose gender expression is different from conventional expectations of masculinity and femininity.” So do they all mean the same thing? Not at all, says Ellen Kahn, director of the Children Youth and Families Program at the Human Rights Campaign Foundation. “Most of us are familiar with a binary, with male and female,” Kahn says. “We know folks who are transgender and binary too. Jazz Jennings is a binary person; she expresses herself as female, she identifies herself as female. Chaz Bono likewise is binary. He identifies as male.” But for many people, the constraints of the binary are just that: constraining. “In the middle range of binary there is a range of experiences,” Kahn notes. That’s where these other terms come into play for people. They are words that have evolved in our language to allow people to give a descriptor for their gender identity. And just as each person’s identity is extremely personal, so too is their relationship to the words they use to identify themselves. While “gender-fluid” is in the non-binary experience, the actual lived experience of folks who identify as gender-fluid or non-binary or genderqueer or gender non-conforming can all differ in qualitative ways, Kahn says. In a forthcoming Human Rights Campaign survey of LGTBQ teens, Kahn says the kids were given the chance to describe their own identity in their own words. The responses included at least 50 different terms the kids used to identify themselves. And not a single one of those kids was “wrong” for using a different word. “I’m surprised and intrigued at how the language is evolving,” Kahn says. “Young people don’t feel confined, don’t feel constrained. You can be free to be who you are.”

Some people may identify as gender-fluid, some as non-binary, and so on. What’s important, Kahn says, is to be open to allowing people to describe their own identity to you. Part of that is asking someone their preferred pronouns. While many who identify as gender-fluid or non-binary identify as “they” rather than using “he” or “she,” pronoun usage is again very personal. For Sula Malina, the decision to ask friends and family to call them “they” was years in the making. Malina, who works as a children, youth, and families coordinator at the Human Rights Campaign Foundation, came out as queer as a teenager. At the time, Malina says they began to dress in a manner largely associated with masculinity in our society, and eventually began binding, a technique wherein fabric is used to minimize the appearance of breasts. When they applied to college, Malina did so identifying as a cisgender female. But their understanding of their identity was already shifting, and that shift became more pronounced at college. “There was a lot of grappling with whether I was more transmasculine,” Malina says. And yet, they were very aware that they did not have the experience of the many transgender people who knew they were a gender other than the one assigned at birth from an early age. “I don’t think it’s inaccurate to have identified as a girl growing up,” Malina says. But after top surgery to remove their breasts, Malina says they found that acknowledgement of their masculine side made them all the more comfortable exploring their feminine side. Eventually, Malina came out to friends and family as non-binary. “There’s something that was really empowering about it,” they recall. “It’s who I am, and it also aligns with what I stand for.” The relationship to one’s identity can be difficult to explain to people who are cisgender, Malina says, because there is no correlating experience. “With sexual orientation, there’s an analogy. Just as you love a boy, for example, you can say I love a girl. But with gender there isn’t an analogous experience,” Malina says. While gender identity is not a choice, it’s often something people have to think about and come to an understanding of, if only because society is still very much built on a binary system, wherein children are assigned “boy” or “girl” in the delivery room. When someone comes out to you about their gender identity, be it as gender-fluid, non-binary, genderqueer, or using any other term, the fear of making a misstep is often there. This is where you should give yourself a break … at least to a point, Malina says. “I think people are stressed about definitions,” they said. “But it’s very complicated and yet in some way very simple. The real skill and real gain when you are developing ally skills is to ask people about their experience.”

So asking is okay. What’s not okay? Forcing someone to disclose their gender identity is never okay. While it’s becoming more common in college and business settings to ask people to identify themselves and their pronouns, that has to be done with safety measures in place, Malina says. It’s not okay to simply go around the room and make everyone share their name and pronouns because that can force folks who identify as non-binary to out themselves in spaces that may not be friendly to people who don’t identify as “male” or “female.” Instead, Malina suggests a one-on-one conversation where you give someone the choice to share their identity. Doing it that way lets the person know they’re in a safe space and that their identity is respected. It’s also not okay to make dismissive statements about gender identity, Baum says, casting it as a choice or phase. “If you’re dismissing another person’s experience, that’s really arrogant,” he notes. Worse, for those who are opening up about their gender identity, having people dismiss their experience can be downright dehumanizing. “Suddenly it’s not just ‘I’m a different kind of kid,’ it’s ‘I’m a sick kid,’” Baum says. That can have devastating effects. Suicide rates for the transgender and gender non-conforming population exceed the national average, and a study by the Williams Institute found that as much as 57 percent of people in this demographic have experienced families who refuse to speak to them, and 69 percent have experienced homelessness. It’s something Malina tries to explain to people who are grappling with how to be good allies. Malina’s mom, a gender studies major in college and an educated woman who supported her child’s transition, struggled with the transition to “they/them” pronouns because grammar rules had been ingrained in her head dictating the use of these terms only in reference to multiple people. But she called Malina one day and said, “Every time I think about how hard it is for me to use they/them pronouns, I think about how hard it is for non-binary people to exist.” For allies who are struggling with the transition, Malina puts it this way: “Maybe you can’t end trans-violence, but you can certainly use someone’s pronouns!” One final note from the experts? It’s also important to understand that gender identity and sexual orientation are not synonymous. Coming out as gender-fluid, non-binary, or any other term beyond “male” or “female” does not equate with being gay or lesbian. Again, it’s important to have open communication with someone and to let them lead you. People can identify themselves in many different ways, and the words they choose to do so are important. More important, however, are the humans behind the words and the efforts taken to understand their experiences.