7 Things You Should Know Before Becoming A Vegan

Going vegan is an exciting personal journey. Here are seven things to consider if you're thinking about taking on this lifestyle change. 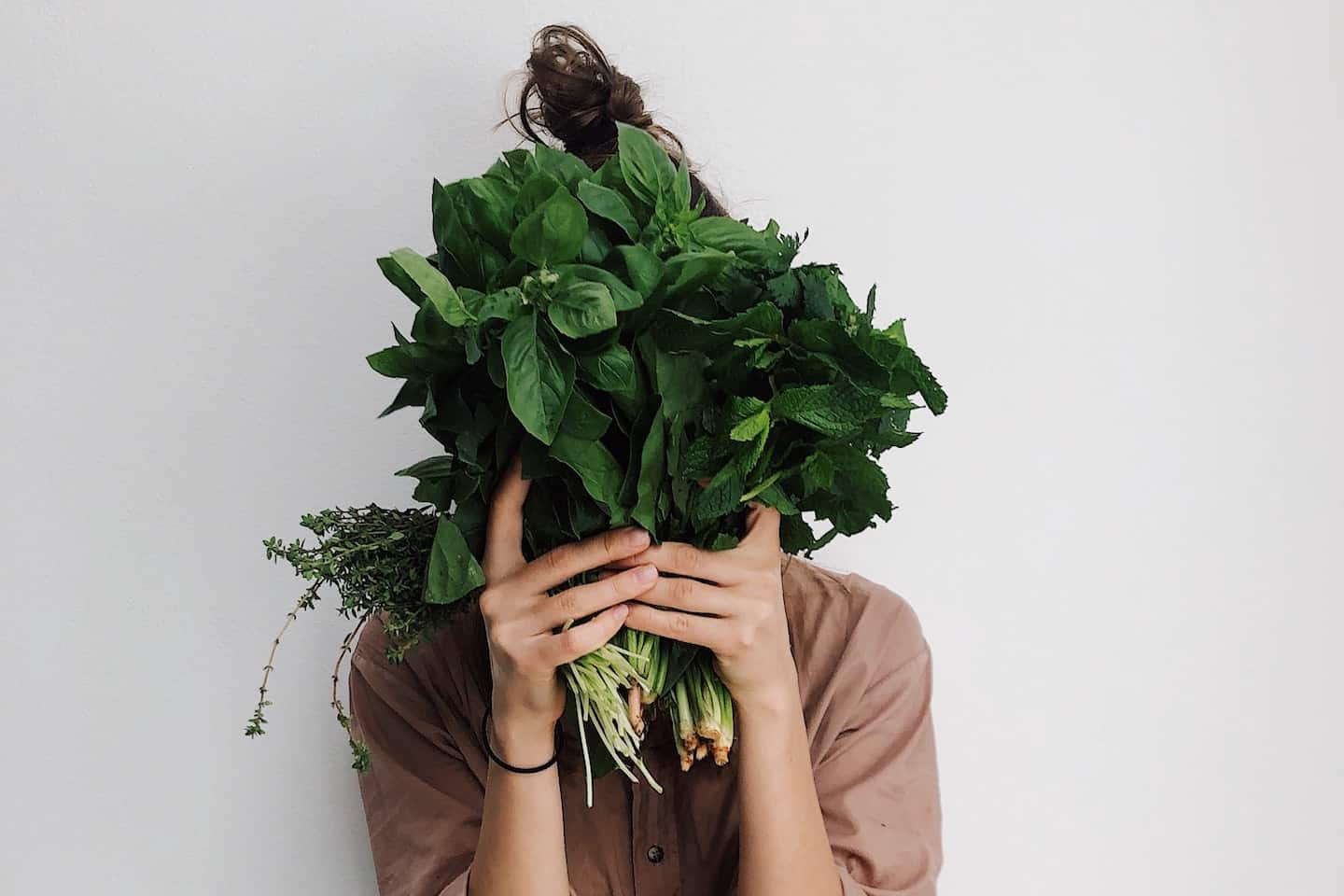 Going vegan means eating an entirely plant-based diet. That means no meat, no dairy, no eggs, and yes, no fish (for some reason, some don’t consider seafood to be meat). According to the Vegetarian Resource Group’s poll of more than 2,000 American adults, about 1.6 percent of Americans are vegan. Another study compiled by GlobalData looking at trends in prepared foods says that “6 percent of U.S. consumers now claim to be vegan, up from just 1 percent in 2014.” Either way, millions of U.S. citizens now consider themselves vegan. If you’ve thought about switching to a vegan diet, here are seven things to take into account before making the commitment.

In addition to looking at the numbers, the Vegetarian Resource Group also tried to determine what motivates people to eat meals without meat. Vegetarians and vegans identified their reasons for their dietary choices as “animals (29 percent), health (18 percent), ethics (10 percent), environment (9 percent), and other (12 percent).” Of course, you don’t have to be a card-carrying member of PETA to think that animals are adorable, and a green diet has a number of health benefits, too. “Vegetarian eating patterns have been associated with improved health outcomes including lower levels of obesity, a reduced risk of heart disease, and lower blood pressure,” according to the Academy of Nutrition and Dietetics. Plus, raising livestock contributes greatly to manmade carbon emissions. According to an international team of scientists including representatives from Harvard, “Livestock are responsible for 12 percent of anthropogenic greenhouse gas emissions.” Consuming less meat helps to make a dent in those emissions. No matter your motivation, seek to clearly identify and articulate why you want to go vegan before buckling down. Taking this step will help you when times are tough (like Thanksgiving, for instance) and give you something to reflect back on when your values are tested.

Don’t force yourself to make a big life change overnight. You can absolutely ease your way into a vegan diet, as Victoria Moran noted in her book Main Street Vegan. The author spoke with Reader’s Digest about shifting to a vegan diet and suggested transitioning gradually by eliminating one animal product at a time. Alternatively, consider the “vegan at home” method, which means eating vegan at home but allowing yourself wiggle room at restaurants. I you’re still an omnivore, Moran also suggests starting your path to becoming a vegan by being a “vegetarian for now,” which means you won’t have to give up cheesy pizza in the immediate future. Jenné Claiborne, a chef known as The Nourishing Vegan, told Reader’s Digest that aspiring vegans should “crowd out less healthy, or non-vegan foods with a yummy vegan addition. …For example, have a green smoothie before your usual breakfast, or some fruit before an afternoon cookie,” Claiborne advises. “By eating the plant-based food first you won’t have as much room for other stuff, and you’ll develop a taste for the healthier option.” Vegenista blogger Melissa Bechter says that she did indeed eventually lose her taste for animal-based foods. Former NBA champ and Vegan Vine partner John Salley made this suggestion in Reader’s Digest: “Don’t announce what you are doing; focus on yourself and being conscious of your surroundings, body, and food addictions first… Be still and strong in your ability to control your own life.” Remember, this is your own personal journey. Don’t make it too complicated; focus on yourself and whatever internal obstacles or resistance seems to pop up in response to your dietary goals.

There’s a difference between telling everyone in your social media platform about your decision to go vegan and asking a trusted friend or respected peer for help. There are a number of digital support groups for vegans where you can swap recipes, ask for tips, and complain about the haters, and they’re a great resource. “You’ll need someone to rant to about how many times a day you get asked where you get your protein,” Jill Wiseman of Vegan Cuts told Reader’s Digest. VeganStart has a list of social media sites and web pages that may be helpful for new vegans so that you don’t feel alone on your food and lifestyle journey.

Many people think of veganism as giving up meat and dairy, but you can just as easily frame it as the foundation for a food adventure. The Instagram hashtag, #VeganInspiration has around 55,000 posts featuring images of people’s delicious dishes, fitness routines, and adorable critters. Pinterest is another great place to find and keep track of delicious-looking vegan dishes. Pinterest user Elisa Camahort has curated a vegan recipes page that features nearly 400 inspirational dishes including General Tso’s tofu, pizza, and even toasted coconut chocolate mousse. If you think of vegan recipes as rabbit food, it’s time to think again. You might also check out Oh She Glows, a successful and growing recipe blog that features more than 500 healthy meal ideas and has been kicking for the past six years. “I’ve shared energizing, plant-based recipes that my family and I enjoy on a daily basis,” explained the blog’s founder, Angela Liddon. “My goal is to inspire you to embrace more plant-based foods in your diet without feeling the least bit deprived. And yes, my recipes are great for meat-eaters and picky kids too!” The internet has made it easy to find vegan substitutes if you’re craving dishes that typically have meat, dairy, or eggs.

Technically, potato chips and soda are vegan, but they’re not going to provide you with the vitamins and minerals your body needs to flourish. If you’re going vegan, dozens of people will ask you where you get your protein, but it’s probably more important for you to keep an eye on your intake of vitamin B12, omega-3 and -6 fatty acids, vitamin D, and calcium. Veganuary, a UK-based website that encourages people to try going vegan for the month of January, offers a very helpful “Nutrition in a Nutshell” page for new vegans. For protein, you’ll have many options. In particular, look to: Legumes, like “beans, peanuts, peas, lentils and soy (beans and soy products like tofu, tempeh etc.)” Grains, including “brown/wild rice, whole wheat bread and pasta, amaranth, buckwheat, and quinoa,” and Nuts, all of them—”brazils, peanuts, cashews, almonds, pistachios and walnuts.” For vitamin B12 and your omega-3 fatty acids, it may be worth looking into taking supplements in the form of pills to make sure your body isn’t missing out on vital nutrients. For vitamin D and calcium, make sure you’re eating a balanced diet that includes green foods like kale and broccoli. Also, spend time out in the sun to help your body processes vitamin D. (And if you do happen to have a sweet tooth, you might find our article on vegan candy helpful!)

You don’t have to look far to find plenty of commentary from seemingly self-righteous vegans. Try not to brag about your new diet. Not only is this habit annoying, but it can push people away from the very cause you’re trying to support. Arm yourself with facts, be polite when asking your waitstaff about ingredient in dishes (and tip at least 20 percent!), and remember this is your journey, not anyone else’s. Of course, you don’t have to let meat-eaters walk all over you if they’re being rude. Build up an arsenal of one-liners, comebacks, and canned responses for people who give you a hard time about your diet. “Why are you vegan?” they ask. “Because I hate plants,” you’ll say. Getting harassed about not getting enough protein? Respond, “Thanks, I’ll be sure to remind the nuts and legumes I eat that they’re low in protein. They forget sometimes.” If you’re getting a hard time about missing out on turkey this Thanksgiving, tell them that Ben Franklin considered the turkey to be a “respectable bird.” In the end, you’re just showing support for a patriot.

7. Be true to and generous with yourself.

“People get so caught up in rules [of being vegan], they become anxious,” Terry Hope Romero, author of Vegan Eats World, told Reader’s Digest. “Relax and learn to love to cook, explore new cuisines, and be adventurous with food. Most importantly, be easy on yourself. Don’t view a vegan lifestyle as the finish line, but as an evolving process of conscious eating.” After all, there may be times when you find out a loaf of bread was made with eggs or you may find yourself a guest of a family who can’t culturally comprehend your a vegan lifestyle. You will almost definitely accidentally (and perhaps intentionally) eat some animal-based products in the future. That won’t mean you’re a failure. Go back to your motivation. Why did you make this decision? Did breaking your vegan diet in that circumstance fundamentally change you as a person? Does making a fuss or feeling bad about it change anything? Consider how can you avoid these situations in the future. Congratulations for considering this lifestyle change. It’s quite an adventure, but if you’re motivated, you will get inspired and make it work.