Don't bother setting a budget before your next grocery store trip. Your store is pulling some sneaky tricks to make you spend big. 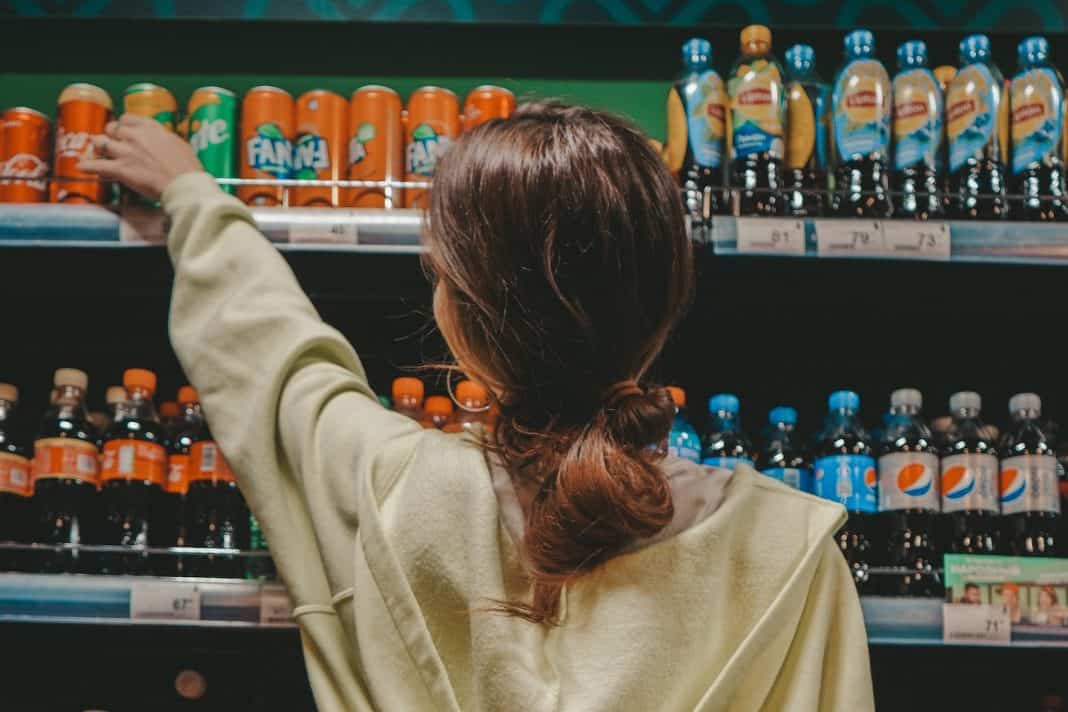 If you’re like most Americans, you spend a lot of time in your local grocery market. According to statistics website Statista, the average U.S. consumer goes grocery shopping 1.5 times per week. Those shopping trips are big business: Grocery sales generated over $600 billion in 2015. To keep you spending, your local grocer employs some nifty marketing tricks. That’s not to say that they’re doing anything shady, exactly. “[Marketing] used to be all about the product, now it’s all about the customer’s experience,” Georganne Bender, partner at Kizer & Bender. Her firm helps retailers design store layouts, market new products, and improve their sales. “Obviously, there’s a benefit to the retailer, but the purpose of it is to make people feel better when they’re in the store and make it easy for them.” We spoke with Bender to find out about the methods that grocery stores use to keep shoppers moving—and how some of those techniques can compel people to buy things they don’t really need.

The supermarket starts selling as soon as you walk in the door.

Well, to be fair, the selling starts before you walk in the door, since retailers carefully control things like parking space availability to ensure a positive experience. Once you’re in, however, you’ll be immediately presented with a selection of seasonal items. “When you go into stores, you’ll see things called merchandise outposts, which are generally tables of merchandise that is somewhere in the aisles of the store,” Bender says, “but because there’s an event or holiday coming up, they bring it out to other areas of the store. It’s called cross-merchandising.” The merchandise outpost is a type of “speed bump,” and whether or not you buy something, you’ll likely pause for a moment to check out the new items. “They work the same way speed bumps in parking lots work,” Bender says. “They slow you down. When you walk into a store, you’re thinking about all of the things you have to do for the day, and your list, and you’re getting your kids organized. When you walk in, they want to put something that makes you stop and look.” If you’re moving more slowly, you’re more prone to making an impulsive purchase or adding a few items to your list.

They put the products they really want you to notice at eye level.

This might not come as a surprise; most parents already know that retailers keep candies and sweet cereals at kids’ eye levels. [pullquote align=”center”]“Eye level is considered buy level.” —Georganne Bender[/pullquote] “When kids walk down the aisle, they see candy and ask Mom for it,” Bender says. Retailers also make sure that adults walk right past the must-see items. “Eye level is considered buy level,” Bender says. “It’s exactly 5 foot 4 inches, the height of an average woman.” Name-brand items are typically the more expensive products in grocery stores, and that’s why they want you to buy them. To help persuade you, stores place these items at eye level so you’re less likely to keep searching the shelves once you see them. Recently, a new trend called “vertical slicing” has started replacing some eye-level positioning. The retailers lay out items across several shelves in vertical “slices,” which keeps the brand in front of customer’s eyes. “Say there’s a display and it’s got four different kinds of liquid detergent, they’ll put a vertical slice of [each] one. It doesn’t matter which shelf the customer’s looking at, they’re going to see that product.”

They understand that you shop differently if you’re eating healthy.

“We’ve been kind of trained from the time we were little, when we went shopping with our parents, that you grab a shopping cart and you go up and down every aisle,” Bender says. “But if you’re eating healthier, there’s a good chance that you don’t go up and down every aisle,” she continues. “You just shop the perimeter.” Store owners know that, so they’ll place must-see items in “end caps,” which cap off each aisle. “The end caps [near the] meat department might be something that they don’t want you to miss,” Bender says. “They’ll put the things they don’t want you to miss in areas adjacent to the perimeter, sometimes in the perimeter.” If you’re trying to eat healthy, you might want to avoid those end caps entirely. Good luck—they’re designed to grab your attention.

The milk’s in the back, but probably not for the reason you’d expect.

Many stores have scent machines, and when they don’t, they improvise.

Fragrances can be incredibly compelling to shoppers. Scent marketing services like ScentAir help retailers retain their customers by pumping certain aromas through stores with discreet devices (they offer similar services for casinos and other businesses). “It’s called aromacology,” Bender says. “When we smell something, it takes us back immediately to the first place we smelled it. So if you walk through the bakery and smell chocolate chip cookies, there’s a really good chance that that’s going to take you back to being a little kid at home with your mom or Grandma making cookies. Scents make us feel good.” “That’s why, if the store’s not using a machine like a ScentAir machine, they’ll either have flowers right near the front door, or the bakery’s close to the front door. It puts us in a good mood. ”

That music is nice and upbeat for a reason.

Ever find yourself tapping your toe as you make your way down the aisles? Stores select music very carefully to keep you shopping. They pay hefty music licensing fees to organizations like ASCAP, and many also invest in services like SiriusXM Music for Business, which pipes in carefully tailored playlists to keep shoppers in a good mood. [pullquote align=”center”]“Disco is the sound of money.” —Georganne Bender[/pullquote] “They play music because it’s comforting for you to shop with music,” Bender says, “and the type of store [determines] the type of music they play. When Rich [Kizer] and I are designing stores, we always tell them to play upbeat music like disco.” Yes, you read that right: disco. “Disco is the sound of money,” she says. “It doesn’t matter how old you are, the beat makes you feel good. You’ll stay longer in the store, and you’ll spend more.” We’ve never heard disco described as “the sound of money,” but somehow, that sounds about right. Some major retail chains are trying to change this tactic. For decades, Target hasn’t played background music, possibly because they target mothers with young children who might appreciate the peace and quiet. Recently, the chain started introducing music in some stores in an effort to revive its sales. “When you go into those stores, it’s too quiet,” Bender says. “If the store isn’t busy and you’re walking around a giant store and there’s no sound at all.”

They don’t redesign the store just to throw you off.

One common myth suggests that grocery stores undergo redesigns just to change their regular customers’ shopping habits. Bender says that while some retailers might occasionally reorganize their products to sell them more effectively, they try to avoid massive changes—and they certainly try to make those changes easy on their customers. “Our grocery store just did a complete re-lay, and it really messes you up for a while until you learn it again,” she says. “We become accustomed to where things are, and that’s why people become so loyal to their favorite grocery store. They know where everything is.” Some stores try to make re-designs easier by positioning staff members at the end of each aisle. Bender notes that one store even handed out maps to visitors.

So there you have it: the truth about why grocery stores are the way they are.

Are they designed with profits in mind? Sure. But is it nefarious? Eh, not quite. “[A lot of people] try to make retailers out to be these bad guys who just want your money,” Bender says. “They’re not. They’re just business people who want their customers to have a comfortable experience.”

Speaking of buying things and customer comfort: There are ways you can hack your shopping experience.

Starting off with a list—extra points if it has built-in visual cues, like a full spread of items that you can mark throughout the week as you run out—is a great way to streamline the process since you can generate the list as you go, and it’ll keep you from making any impulse buys once you’re in the store. If you want to help save the planet, bring your own eco-friendly shopping bag (or bags, let’s be honest), and if you have a grabby baby in tow, you can help distract them from all those strategically placed, eye-level goodies by plopping them in something like this Brica Go Shop Baby Shopping Cart Cover, which comes equipped with toy loops and a smartphone pouch. Finally, having a place in your trunk to store cold items for the drive and organize the groceries once you buy them can mean the difference between eggs and cracked eggs, ice cream and just cream—these are important distinctions, especially when your schedule or your budget won’t allow two-a-day grocery trips.