Is there Teflon in your cosmetics—and is that even a problem? We looked into it. Here's what you need to know before tossing out your makeup bag. 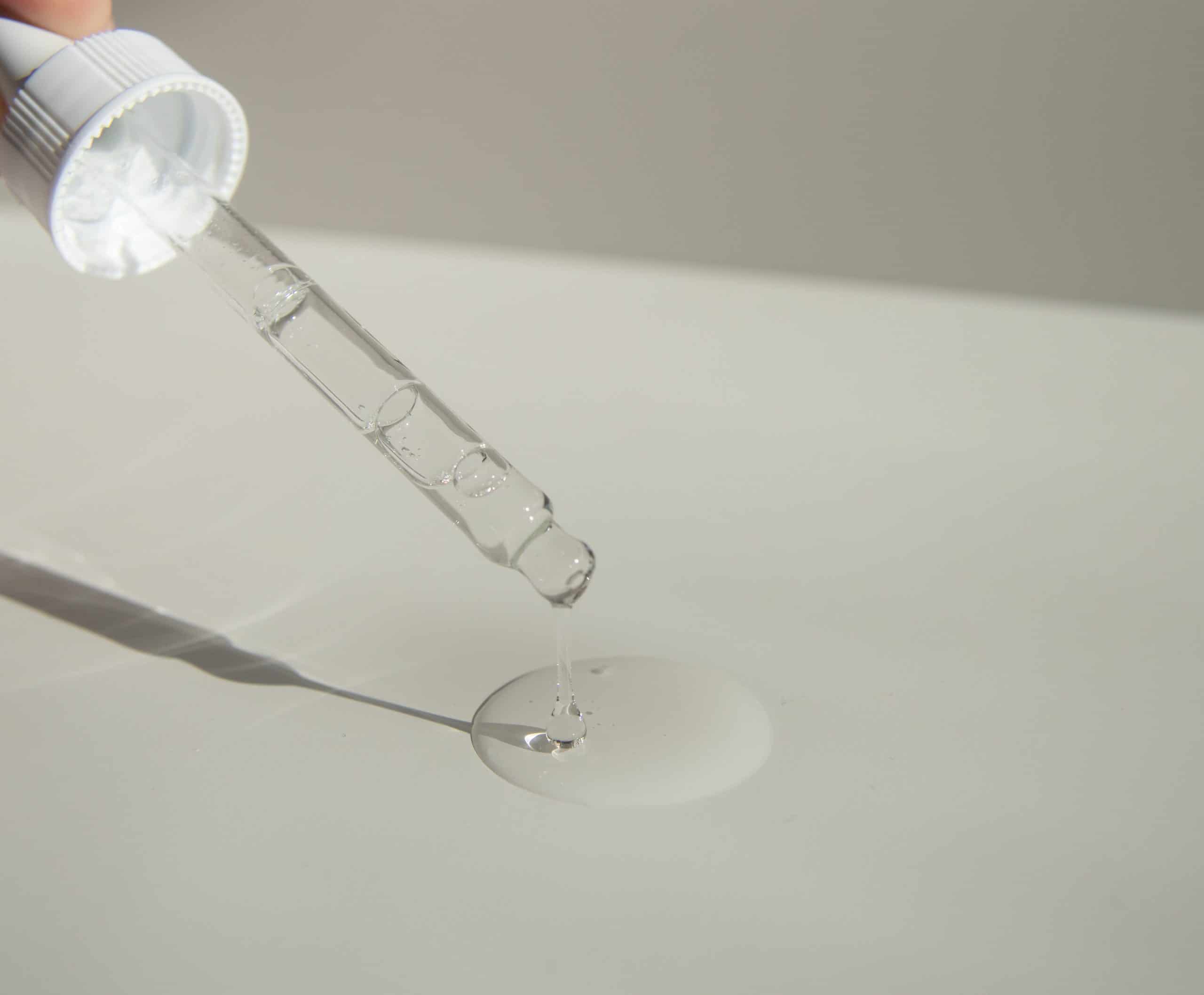 When was the last time you read the ingredients label of your favorite cosmetic product?

For us, the answer is, “the last time my smartphone battery died and I didn’t have anything else to read on the subway besides the box that came with my eyeshadow.” Unless you’re allergic to something specific, you’re likely in the same boat. Ingredient lists aren’t exactly compelling or easy to find, and if your makeup looks fab and you aren’t breaking out, you probably don’t have much of a reason to care. But recently, we’ve seen a rash (yes, that’s a pun) of articles warning about a certain toxic ingredient hiding in our favorite cosmetics. We know that the beauty industry isn’t always clean, so to speak, so we keep an open mind when we hear bad news about certain products, even when we really, really want to give those products the benefit of the doubt. This week, we’ve seen numerous reports that several makeup brands contain Teflon, which has been said to cause serious side effects, including cancer. We decided to reach out to a few experts, do some research, and find out whether we need to worry. Short answer: It’s complicated.

Are cosmetics really full of Teflon, and if so…why?

According to those aforementioned reports, a number of popular cosmetics are loaded with Teflon, a chemical best known as the coating on non-stick pans (in fact, we’re pretty sure that’s the only thing people think of when they think about Teflon). Search for “Teflon in makeup,” and you’ll find dozens of results from apparently reputable sources claiming that the substance causes birth defects and cancer. It makes for a great eye-grabbing headline, and there’s a grain of truth to the rumors; however, the full story is more complex. First, why is everyone talking about this? As far as we can tell, the issue went mainstream when the Environmental Working Group (EWG) published an article titled “Is Teflon In Your Cosmetics?” That piece looked at polytetrafluoroethylene (PTFE), used in various creams and anti-aging products for its sleek feel. Spoiler alert: PTFE is the same thing as Teflon. Essentially, cosmetics manufacturers use PTFE for the same reason that pan manufacturers use it; it gives products a slick feel that’s difficult to replicate with other substances. According to EWG’s online database, it’s found in various foundations, sunscreens, moisturizers, eye shadows, facial powders, and even mascaras. Brands that use PTFE include e.l.f., MAC Cosmetics, Olay, and many, many others. Why is that a problem? We’ll let the EWG explain. “Teflon is a brand name for PTFE, one of thousands of fluorinated chemicals known as PFASs or PFCs,” the piece says, “some of which have been linked to serious health effects including cancer, thyroid disease, and reduced effectiveness of childhood vaccines.” We looked into those claims and found them to be accurate. The links in the statement above lead to government pages and scientific studies backing up the assertions; EWG did not provide the links, and to our knowledge, they weren’t necessarily referencing these specific studies in their original article.

However, as you might have guessed, there’s a bit of a wrinkle here. We reached out to the Personal Care Product Council, a national trade association representing cosmetics manufacturers. A representative forwarded us a statement from Linda Loretz, PhD, the council’s chief toxicologist, who adamantly refuted the findings of EWG. “A recent report by the Environmental Working Group (EWG) incorrectly focuses on the use of the ingredient polytetrafluoroethylene (PTFE; trade name Teflon®) in cosmetics,” Loretz says in the statement. “PTFE is an ingredient used at low levels to improve the cosmetic feel of some products that are applied to the skin.” “However, the safety concerns raised by EWG are about a different material called PFOA (perfluoroocatanoic acid). PFOA was used in past years as a processing aid in the manufacture of PTFE. However, PFOA is no longer used to manufacture PTFE and, thus, would never be found in a cosmetic or personal care product.” The Personal Care Product Council didn’t respond to requests for further comment, but to summarize their position: PTFE is only dangerous if made with PFOA. (Yeah, we’re getting a little tired of the acronyms, too.) The EWG’s database doesn’t list any cosmetic products that use PFOA. Teflon has been used in products since the 1940s, and over the past several decades, it’s been studied fairly closely. The American Cancer Society notes that “Teflon itself is not suspected of causing cancer” while also noting that PFOA has been shown in laboratory tests to increase risks of certain liver, breast, and pancreatic cancers. We reached out to the FDA and asked whether they’ve studied this issue. “Companies decide which tests are needed to most appropriately substantiate safety,” a spokesperson tells us via email. “However, the Federal Food, Drug, and Cosmetic Act does not require cosmetic companies to tell the FDA specific testing they have done or to share their safety data with the FDA. The FDA does not conduct safety assessments for every ingredient used in cosmetics, nor does the FDA have a list of ‘safe’ ingredients for use in cosmetics.” The FDA typically only gets involved when an ingredient is creating a clear danger, and while they occasionally comment on specific ingredients, Teflon isn’t one of them. “The FDA doesn’t have a specific position on the use of Teflon or related compounds, commonly known as perfluorinated compounds (PFCs) or per- and polyfluoroalkyl substances (PFASs), in cosmetics,” the representative says.

Still…it’s Teflon, right? That doesn’t seem like something you should put on your face.

You’ll have to decide for yourself whether you want to use products with PTFE, but we’re just trying to set the record straight regarding safety. The fact is that even though Teflon is, uh, Teflon, it’s not necessarily dangerous. Toxicologist Mimi Huang, writing for the University of North Carolina at Chapel Hill, noted that Teflon can be toxic in certain situations—for instance, when directly inhaled from an overheating pan—but it doesn’t seem to be dangerous under normal circumstances. Unless you’re a bird (for some reason, Huang wrote, our avian friends seem particularly susceptible to Teflon), you can ingest minimal amounts of PTFE, and it’ll pass harmlessly through your system. Hey, that’s why we use it on our pans; it doesn’t stick to things. Huang notes that PFOA can be toxic, writing that, according to research, it might “interfere with hormonal balances as well as reproduction and fetal development.” Those are serious effects, and they deserve consideration, but remember, PFOA isn’t used in the production of PTFE—not when that PTFE is used in cosmetics, anyway. We’re going to have a really long talk with our non-stick pans when we get home, but let’s keep following the trail. We’re looking for a fairly definitive answer: Is our eyeliner a ticking time bomb?

Even EWG provides conflicting information about the dangers of Teflon.

EWG notes on their website that PTFE (or Teflon, if you want to be slick) isn’t suspected to be bioaccumulative, meaning that it doesn’t build up in human tissues over time, and it’s not suspected to be particularly harmful. However, they classify the substance as a moderate health concern, simply because it hasn’t been studied. We asked Fayne Fry, MD, a board-certified dermatologist, for another opinion. After all, before we started writing this piece, the most time we’d ever spent thinking about Teflon was when we were doing the dishes after a particularly eventful omelette attempt (don’t ask). “Harmful effects of ingredients are determined by the dose of the chemical, not by the chemical itself,” she says. “500 milligrams of Tylenol (acetaminophen) will rid your headache, while 1400 milligrams of acetaminophen can [be fatal]. Water is good for you, but six liters at a time can [be fatal].” She says that Teflon is a stable compound, which means that it doesn’t really interact with other substances. Hey, that’s the reason that it’s popular, right? Currently, according to Fry, there’s no good reason to assume that PTFE is harmful, at least when used in cosmetics.

So, ultimately, our sources didn’t find PTFE to be a particularly worrisome cosmetics ingredient.

If you’d like to breathe a sigh of relief and hug your makeup bag, feel free to do so. With that said, if you decide to use cosmetic products that don’t contain Teflon, we won’t call you paranoid. The EWG contends that federal cosmetic regulations are outdated and claims that the government should ask for more research before allowing substances like Teflon in makeup. They advise consumers to avoid products with PTFE and to contact their legislators to push for better regulations. “PFAS chemicals are often listed on product labels, so you should be wary of any ingredient with ‘fluoro’ in the name,” EWG researchers David Andrews and Carla Burns wrote. The organization notes that 66 cosmetic products include the substance, so if you have any lingering concerns about PTFE, you should be able to avoid it easily with a bit of research. In fact, we’ll make it easier: This page on EWG’s site lists all products known to have PTFE. Cosmetics frequently include scary-sounding chemicals, and as we’ve shown here, expert sources often provide conflicting information. We do agree with the EWG that more research is always a good thing, but for the time being, we’ll let the Teflon warnings slide by.