Everyone can be a little bit selfish, but an ongoing trend can point to a larger concern. Here are a few pointers on how to identify narcissistic behaviors in your partner. 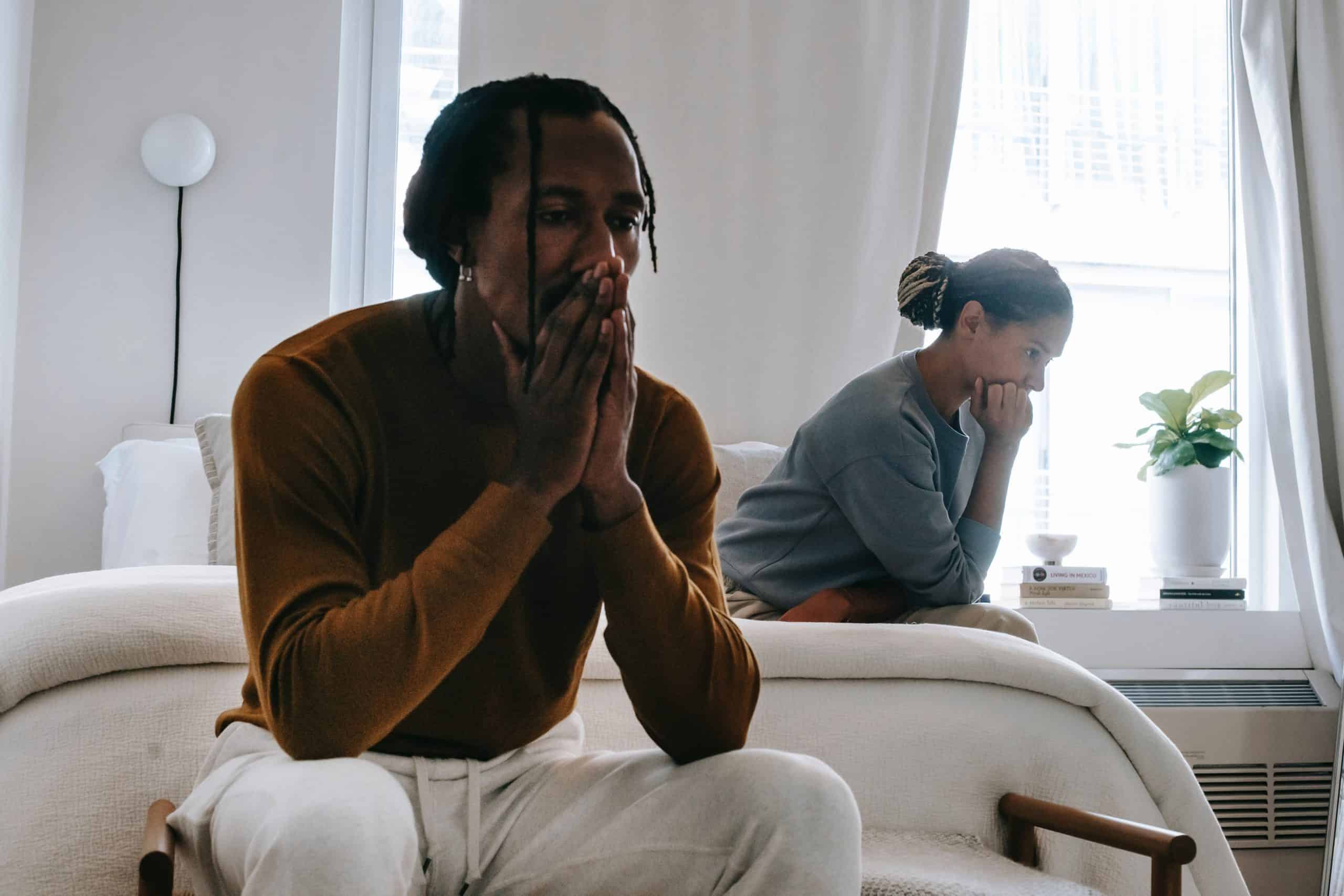 “I’ve been out of the relationship for 10 years, and I’m so much happier now.” Mary Magnetico, a chef at Chestnut Creek Baked Goods in Grahamsville, New York, says that she was married to a narcissist. At the beginning of the relationship, he was an entirely different person. “You’re made to feel special,” she tells HealthyWay. “That usually happens rather quickly. They proclaim their love for you—and very fast, too.” Gradually, the relationship turned serious. That’s when Magnetico began noticing some of the signs. “[Narcissists] try to isolate you from friends and family,” she says. “I learned, years later, that my ex would go behind my back and trash talk me—all while making himself look good. …Then came the insults. They’re master manipulators, and they feel a deep sense of entitlement. Rules don’t apply to them, because they’re just so superior to the rest of us.” Magnetico left the relationship, but her story’s not too unusual. Clinically, narcissism is a rare diagnosis, but it’s often considered as part of a spectrum (some theorize that it might even be on the autistic spectrum). Obviously, narcissistic tendencies make relationships difficult. While researching this piece, we received dozens of responses from people who claimed to have been in relationships with narcissists. Interestingly, every one of those responses came from women. Perhaps that shouldn’t be surprising; according to one scientific review, men are more likely to be narcissists than women. But what is narcissism, exactly? How can we recognize narcissistic disorders in our partners—or in ourselves? To be clear, only a licensed physician can make an actual diagnosis. However, many narcissistic behaviors can serve as red flags.

“I think, a lot of times, people consider narcissism to include a lot of grandiosity, and a lack of shame or remorse or empathy, and all of those are certain key components of narcissism,” says Kate Balestrieri, PsyD, a licensed psychologist and co-founder of Triune Therapy Group in Los Angeles. Balestrieri designed a workshop to help people heal from the trauma of being in relationships with narcissists. “But clinically, we look at things like: ‘Does someone have a very fragile sense of self?'” In other words, while we might think of narcissists as self-centered jerks, they’re operating as a result of deep-seated insecurities. Those insecurities often show up in the narcissist’s social behaviors. “They’re very quick to align themselves with organizations [or] people that would be high in status—the best of the best,” Balestrieri says. “They have a need for admiration. …If my ego is fragile, I need a lot of other opinions to bolster my sense of self, so underneath all of that grandiosity is a pretty low and fractured sense of self-worth. And a lot of shame, usually.” People with narcissistic disorders often overcompensate for that shame by bragging about the ways that they’re superior to others. Those beliefs are real—but fragile. “They might go on and on about how great they are,” Balestrieri says, “or how much this person likes them, or that person likes them, or they got accepted into a certain organization. They’re really aligning themselves with anything that further capitulates their fantasies around fame, or importance, or superiority, or just being great.” Those insecurities can certainly affect romantic relationships.

2. Narcissists have an inflated opinion of their partners.

“The journey of dating a narcissist has several distinct phases,” says Sal Raichbach, PsyD, of Ambrosia Treatment Center. “At first, they’ll make you feel special. Since they feel they’re special, only other special people can understand them. Over time, though, this feeling will carry less weight. You’ll start to feel like they don’t even really know you, mainly because you don’t spend much time talking about yourself.” Balestrieri agrees, noting that narcissists often fixate on their partners’ best qualities, but in shallow or superficial ways. “If you just meet someone and they start telling you straight away that they love you and you’re amazing and you’re the most beautiful person in the world, the most incredible partner that they’ve ever met—it’s just all about kind of inflated, kind of fantastical thinking and projection—that’s a pretty big red flag,” she says. When a narcissist stops receiving the kind of positive feedback they need to satisfy their insecurities, they can quickly change. Suddenly, that loving partner might become an enemy. “We see narcissists do what I call ‘shame rage’ often,” Balestrieri says. “If they make a mistake, do they put other people down to try to make themselves feel better? That’s a big indication that you’re in the presence of a narcissist.”

“Narcissists like to talk about themselves, which is another obvious sign,” Raichbach says. “Instead of sharing and listening to you, they’re emotionally evasive and expect you to save your breath for reinforcing their specialness.”

A little reminder to keep your social circle on check. Avoid toxic, negativity and overconfidence 🙊 Surround yourself with people who bring out the best in you. Take a break from people who only want to hang out to talk about themselves.

Over time, they’ll demand more attention from their partners. According to Balestrieri, that can manifest in insidious ways. “Someone with [narcissism] might be pretty antagonistic, actually,” she says. “And negative attention is better than no attention. The thing that would get to the narcissist’s core the quickest is being irrelevant, and when we don’t give a narcissist attention, they feel irrelevant. Often, they can get provocative and antagonistic as a way to at least secure that [attention].”

no more dating narcissists for me. I’m so serious. The world doesn’t revolve around you if my feelings are now involved.

To a narcissist, the line between “positive” and “negative” attention might be razor thin. Narcissists often behave in less agreeable ways than non-narcissists, particularly when they have low self-esteem. “Think about the little boy who goes to the refrigerator and says ‘Mom, mom, mom, mom—look at me, look at me!'” Balestrieri says. “She’s on the phone, and he finally turns over a carton of orange juice and smiles—because now, he has mom’s attention, even though he’s doing something naughty.” “A narcissist can show up like that, too. They can be a hero or they can be a villain. It doesn’t really matter. As long as they’re getting that supply. …It’s not just about violating rules so much as it’s about just doing whatever they can to stay relevant and in the forefront of people’s minds.”

4. Narcissists are fixated on envy.

Envy often plays some sort of role in romantic relationships, but people with narcissistic tendencies might become obsessed. “[Narcissistic people] definitely can be interpersonally exploitative,” Balestrieri says. “Someone who’s narcissistic can get really fixated on envy, and they often think that people are jealous of them.” She says that, once again, the narcissist’s fragile ego drives the behavior. “They can live in a kind of a hot bed of their own envy [towards] other people, because they’re constantly comparing themselves to others to derive a sense of self,” she notes. “They can be really haughty, arrogant, or dismissive while devaluing of other people.” In a romantic relationship, that creates a predictable series of events. Narcissists gradually turn against their partners, eventually becoming negative or even outright hostile towards them. “There’s a cycle that we often see play out with narcissists where they idealize a partner or friend,” Balestrieri explains. “Then, the minute there’s some kind of falter in the fantasy of who that person is, they devalue them—almost knocking their knees out from under them—and then discard them.” To the narcissist, this type of behavior is a defense mechanism. “That’s a way that narcissists stay safe,” she says. “They’ll say, ‘You’re amazing…but if you stop being amazing for whatever reason, you’re no longer someone that I want to align my star with. So you’re useless to me.'”

5. They push against your personal boundaries.

According to researchers, narcissists tend to have problems with empathy, although they’re not necessarily sociopaths (people largely incapable of expressing empathy). As part of their quest for attention, however, they can push against personal boundaries, which can have dramatic effects. “Something narcissists will do is often push your boundaries and try to get you to show up more for them than you want to initially,” Balestrieri says. For example, a narcissist might compel their partner to make sacrifices or major commitments early in a relationship. Refuse, and you’ll likely experience some negative consequences, potentially including verbal and emotional abuse.

If you’re involved with a narcissist, seek help from a professional.

Narcissists often have trouble with empathy, but they’re not inherently bad people. With therapy, they can treat some of the underlying insecurities that prompt their manipulative or harmful behaviors.