Never grow up. Head to your nearest store and revisit these products you likely haven’t owned since childhood. 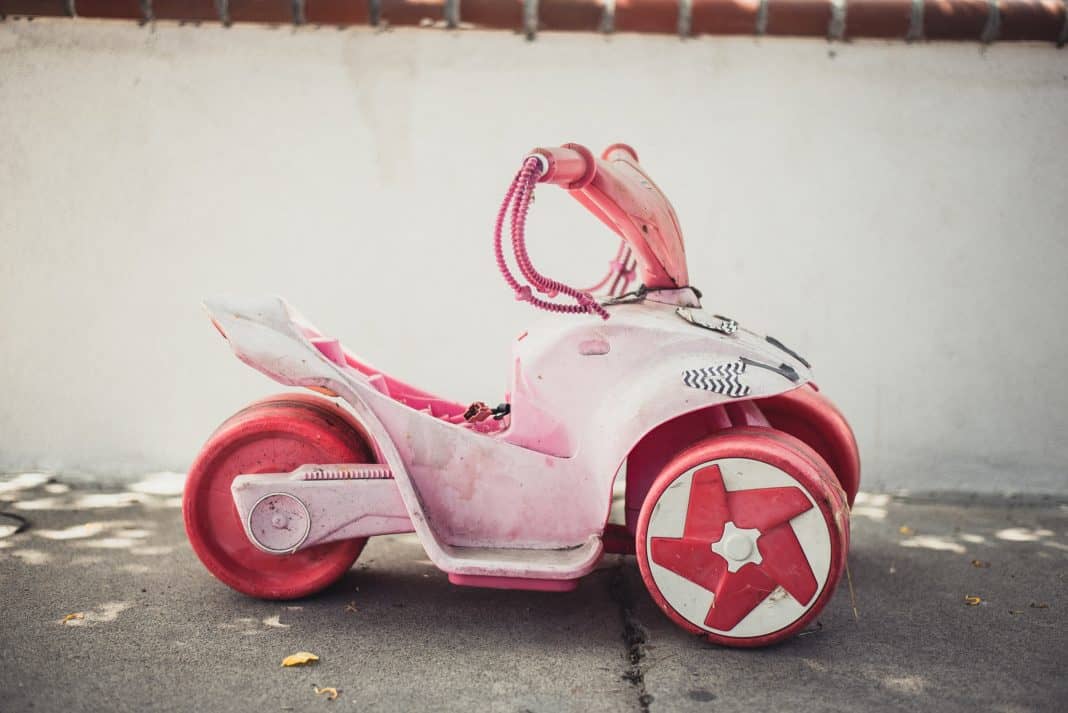 There is a fairly common technique used by marketing professionals to increase their potential for profit. They look at a product and ask themselves how they can shift their target audience and how they can market their product to encourage more sales.

Perhaps one of the most obvious cases of this approach is Lego bricks. Over the last several years Lego sets made specifically for a female audience have increased. Now entire aisles exist to house sets of these purple, pink, and yellow buildable toys.

Less obvious, perhaps, is the practice of taking products made for children and marketing them to adults. Shifting the target age demographic for a product gives manufacturers big opportunities to make more money off consumers, and it gives consumers the chance to relive their childhood all over again.

Sound like something you’d be into? Check out these 11 products made for kids that are now being marketed at adults.

1. Get your happily ever after.

Move over, preschoolers decked out in Minnie Mouse ears, it’s time to share the happiest place on earth with the adults living out their Walt Disney World honeymoon dreams.

Of course, romance may not be the first thing that pops in your mind when you think of posing next to a Disney Princess, but for some newlyweds, there is nothing they would rather do than spend a few days in this magical destination.

Disney has capitalized on this desire too.

Honeymooners can make reservations at on-site fine dining options, book spa services, and then crash in the luxurious bed at one of the upscale hotels.

2. For Adults Who Can’t Sit Still

Originally created for kids struggling to sit still during school, fidget spinners have become a craze in a very short time. Although stores have repeatedly sold out of these spinning distractions, apparently getting a spinner in the hands of every child in America wasn’t enough.

Now fidget spinners are being sold to adults in distinguished-looking hardwood or rose gold. If you decide to indulge in this toy, it might be best to hide it from the littlest members of your household if you don’t want it to go missing right away.

3. Break out your crayons.

If fidgeting with a spinning toy doesn’t calm your nerves, maybe this next kids’ product being marketed to adults will do the trick.

Adult coloring books have caught on like wildfire over the past few years, and you can find them in the checkout line of most stores. With themes like underwater life, mandala designs, and sugar skulls, coloring books are catching the eye of amateur artists of all ages.

The real attraction for many adults, however, is that these products are being marketed as a source of calm and a means of reducing anxiety. In a time when Americans are reporting being more stressed than ever before, it’s easy to understand the appeal of a little cheap art therapy.

Noshing on sweets certainly isn’t a new practice for adults, but more are setting aside their dark chocolate and nut-filled treats for something a little more juvenile.

Candy typically sold to children is being reimagined for adults in candy stores. By employing fancier packaging and incorporating flavors appreciated by a more sophisticated palate, candy stores have found creative ways to sell their products to an older crowd. Bubbly gummy bears? Sign us up!

5. Cruisin’ Down the Street in My Sweet Ride

For most toddlers, a tricycle seems like a rite of passage. Who doesn’t remember cruisin’ down the block on their Big Wheel?

Now 2-year-olds aren’t the only ones hitting the sidewalk on their three-wheeled bike. As strange as it may seem, tricycles are now being marketed at kids of all ages. Priced anywhere from $60 to just under a grand, these bikes are made with alloy metal strong enough to support an adult.

These days, there is a good chance the man in your life is just as into action figures as your 7-year-old son is.

Over the last decade and a half, adult action figures have been marketed to sci-fi geeks and gamers as one more way to share with the world what they’re into. You might find these action figures littering a coworker’s cubicle or safely displayed in a glass case at home.

The smartest manufacturers of these products are turning them into collector’s items, selling a limited quantity to fanatics at a higher price.

7. The Easiest Sack Lunch out There

When it comes to watching what you spend, the sack lunch is the gold standard of the most frugal folks out there. So it makes sense that the makers of Lunchables took advantage of this habit by aiming their marketing at grown-ups.

To capture the attention of adults who seem more worried about health than what type of cookie they can find in the bright yellow box, Lunchables began producing energy packs, filled with cheese, meat, and nuts. Sounds pretty good, if you ask us.

8. When You’re in the Mood for a Hot Lunch

What’s a brand to do when selling to college kids and poor bachelors isn’t bringing in the revenue they dreamed of? Simple: Introduce a few new products marketed toward a more sophisticated crowd.

This is the approach Hot Pockets used when they began selling their gourmet pockets. Their hope? To capture the attention of true foodies. We have a feeling that will be easier said than done, although we must admit that Steak & Cheddar with Garlicky Crust doesn’t sound half bad.

It’s hard to believe there was ever a time when video games weren’t being marketed to adults, but grown men haven’t always been gaming into the early morning hours.

Initially, game systems like the original Nintendo were meant for upper elementary and high school–aged kids. As game systems became more advanced, so did their users. Modern online gaming is full of strategy, community. and impressive graphics—exactly what’s needed to attract an older group of players.

10. Everyone loves an easy read.

This trend dates back to the introduction of Harry Potter to the reading world.

When this fantasy series caught on, adults became obsessed, too. Now, Potter isn’t the only young adult fiction being devoured by adults.

Over half of young adult novels are actually being read by people over the age of 18 years. From The Hunger Games to The Fault in Our Stars, even though these easy reads were written for a much younger audience, they have story lines gripping enough to attract all ages.

This last product may have been created for babies, but it is now being marketed to adults out of pure necessity.

Adult diapers first hit the shelves in 1990 and were marketed as an adult incontinence brief, primarily sold to aging adults who were getting health care that enabled them to remain active into old age. It’s really amazing to think that something that is now a staple in hospitals and nursing homes has only been available for just over a quarter century.

What do you think? Will one of these kids’ products being market to adults find their way into your shopping basket the next time you’re at the store? I’ve personally got my eye on a floral coloring book to pass the time on our next family road trip.