No storage available for the latest friend-finding app? Try these screen-free tips for meeting new people. 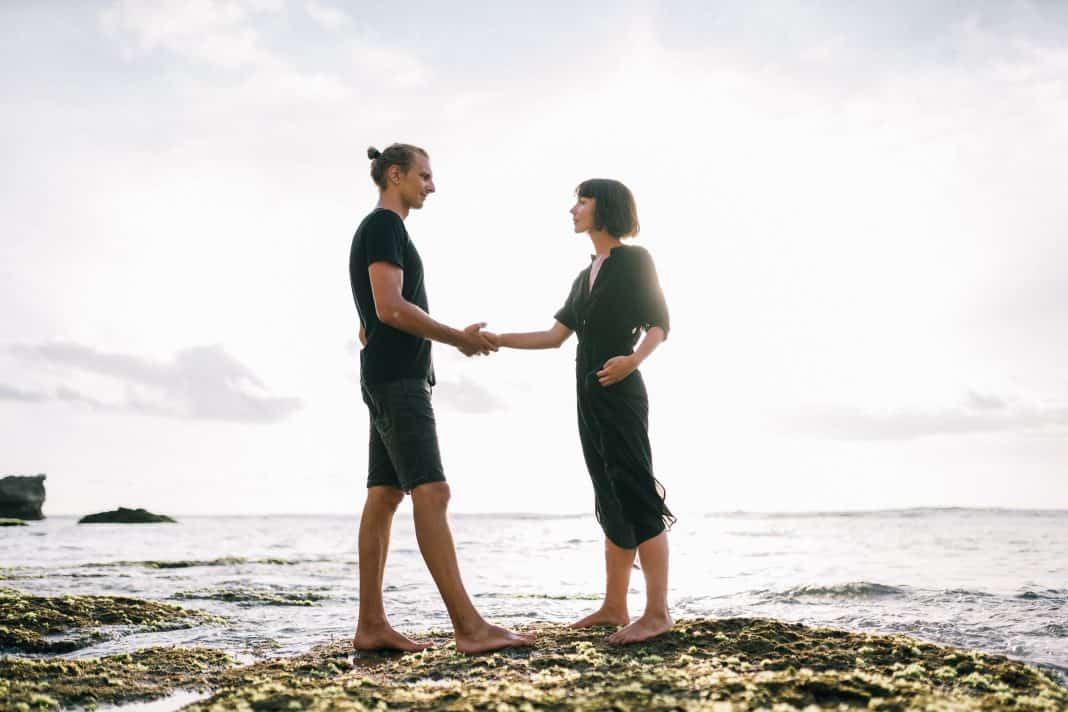 Thanks to my spouse’s job, we move a lot. Every two years, I have to find a new favorite pizza place, a new hair stylist who understands what exactly what I mean when I say I want a non-mom mom bob, and—worst of all—I have to make new friends. If you thought making friends in middle school was hard, you have not experienced trying to form a squad as a thirty-something mom. Initially, I tried downloading apps to meet new people. I communicated with possible pals through the app and met up at events hosted by group moderators.  In a weird way though, I felt that even though I’d joined the app to get to know people, it actually prevented me from forming close bonds with the people I met, because we only communicated comfortably through the app.

Put Down Your Phone And Meet New People The Old-Fashioned Way
I wanted a real friendship, so I decided to ditch downloading apps in favor of meeting people organically. You know—in person. It’s crazy, right? But believe it or not, we used to interact that way all the time. It can be a bit awkward at first, but meeting new people without an app is actually a lot of fun and has really helped me develop my social skills. Ready to meet new people? Here’s a quick refresher on the best ways to make friends without downloading an app.

Single and Ready to Mingle

I’m married now, but before my hubs came to his senses and locked this bod down, I tried basically every dating app known to man, because I knew so many people who found the one online. Me? Not so much. After a particularly bad OkCupid date at Pizza Hut ( although my date did score points when he splurged on the stuffed crust), I decided that I’d delete all my dating apps and try meeting guys the old-fashioned way. It was slow going at first, because with a dating app, someone’s almost always available to meet up. I unsuccessfully tried to meet guys at the grocery store, the post office, even the gym (which I was sure would be a gold mine). But just as I was about to despair, I found out that there is a place where single men and women flock like the salmon of Capistrano, and it ain’t Aspen. It’s your local park. That’s right, ladies. I started running (for exercise, I swear!) at a local park with a running path. Working out at the park is the perfect way for to spark a conversation with a potential date. Not only are your endorphins super high after crushing a workout, giving you a big confidence boost, but you look fly as heck in your matching workout ensemble. Of course, you should still be safe. Take a friend along to pull double duty as a workout buddy and wingwoman and never go to the park at nighttime.

I love my baby. I really do. He’s adorable. But he’s not exactly a great conversationalist. I knew I needed to make some friends when I realized recently that I was communicating almost exclusively in third person, even when I wasn’t talking to the baby. I tried chatting up moms at Target, without success. Even though I had my own kid with me, I think women thought I was creeping around trying to steal their identity or their babies like a Lifetime movie villain. I ditched Target and, after a little online research, decided to join Fit4Mom’s Stroller Strides instead. Stroller Strides is a group fitness program geared toward moms. The best part? Bringing baby is encouraged! You do have to pay for Stroller Strides classes, but the cost is no more than your average gym membership. It’s really nice to meet other moms who also show up with baby food on their workout tops sporting nursing bras instead of sports bras. Plus, there is literally no pressure to be able to do a certain workout or look a certain way in Stroller Strides. I can just focus on getting in shape and making new friends who are on a similar journey.

Did we just become best friends?

I did not appreciate how easy it was to make friends in college until I entered the real world. Meeting new people as an adult woman combines all the awkwardness of a first date with the promise that you’re not getting lucky later. Luckily, women are nice. All you need to meet your new bff is an open mind and a willingness to look a little silly (and desperate in a non-threatening way). For example, I met one of my very best friends in the elevator of my apartment building when she complimented my North Carolina sweater. “You’re from North Carolina?” “Me too!” I invited her up to watch the Bachelor, and the rest, as they say, is history. If the thought of constantly putting yourself out there makes you cringe, think about what interests you. Do you love to read? Consider joining a book club (your local library or independent bookseller can recommend book clubs in your area). Want to blow off some steam at the end of a trying work week? Join a roller derby team! By joining a group whose members’ interests align with yours, you’ve already got something in common with possible pals, making it easier to form a lasting bond.

Out there and (not) loving it?

I get it. It can be exhausting trying to meet new people. Apps are popular because they’re convenient and you can make new friends or schedule a date online from the comfort of your couch while sporting your jammies. If you’re not quite ready to edge out of your comfort zone, download these fun apps to meet new people:

One of the free dating apps I actually really liked using before getting married was Coffee Meets Bagel, which values quality over quantity of matches, meaning it’s basically the opposite of Tinder. The app uses your mutual friends on Facebook and other info to send one quality match per day to your inbox.

To Find Other Moms: Peanut

Meet other new moms just like you on the free Peanut app. The app works to find potential mom friends within a certain radius of your location. This app is pretty new, so be aware that some kinks are still being worked out.

To Find a Galentine: Patook

Swipe right…for the platonic friend of your dreams! Patook is a new free app designed to help you meet people who share your interests, and according to the developers, no flirting is allowed.