How To Set Realistic Self-Care Goals

Is your self-care just another source of stress? Here's how to choose goals that are actually good for you. 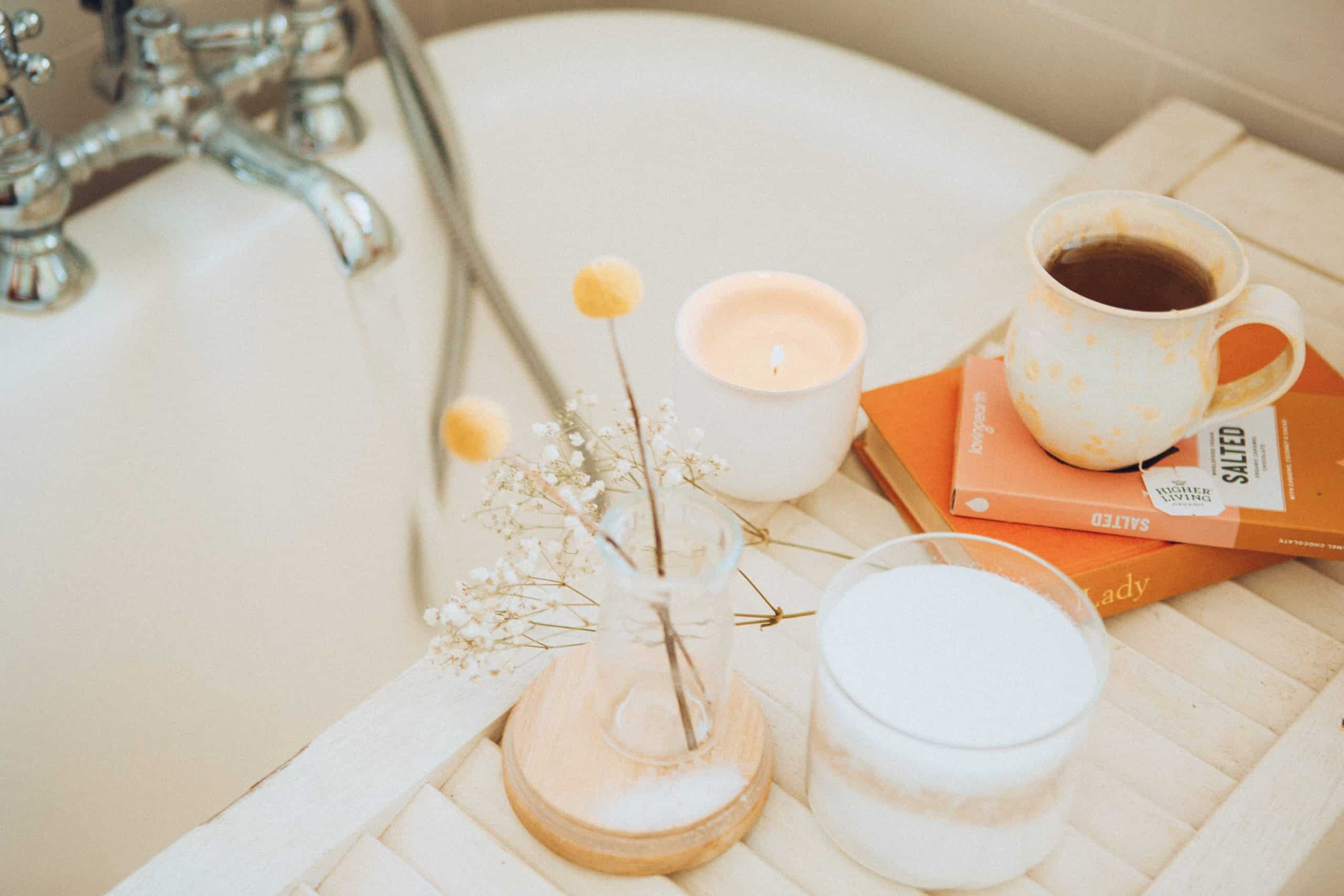 Ah, self-care. We’ve all read about it, from emoji-laden Instagram captions to hot-take thinkpieces. It’s The Thing. And it’s a Good Thing, right? After all, we’re caring! For ourselves! Who can argue with that? Unfortunately, as anyone who has ever sat on their couch staring into their suspiciously colored smoothie and moaned “I don’t care how good it is for me, I just don’t waaaaaaaanna drink it” knows, sometimes we get a little carried away with the goals we set for our own self-care. Not all self-care is going to be rose-scented face masks, coloring in our bullet journals, or taking our fifth nap of the week. Getting back into a regular workout routine, making intentional choices about our relationships, or truly committing to our mental health can require a little pain before the gain. It’s how we go about setting those goals for the “big” pieces of self-care that can help determine our success. And if we want all that caring for ourselves to have its intended effect, at some point we have to be realistic about our goals.

Are you trying to fight biology?

A common piece of self-care involves identifying bad habits and correcting them in an effort to improve our day-to-day. If you aren’t getting enough exercise, for example, you might decide it’s time to get back in the game. After all, exercise is good for your body, and being good to your body is a main tenet of self-care. But beware shooting yourself in the foot right out of the starting gate. You can’t expect a body that’s been doing a lot of Netflix and chilling to suddenly be up to marathon-level running in a week. Similarly, it’s not wise to expect a set of asthmatic lungs to adjust immediately to an Alpine skiing route. Respect your body’s limitations and ease yourself into things. It’s more likely to stick if you aren’t treating yourself the way a drill sergeant would a new recruit. Be aware, too, that some things simply will not change. If you’re a night owl who struggles to wake up every morning at 7 to shower and get ready for work, deciding that you should now roll out of bed at 5 for a pre-shower run may doom your new focus on a healthy body before it even starts. Scientists have determined that the people who wake early or head to bed late are often doing so because of their genetics. If you know mornings are the worst part of the day for you, picking a time after work to hit the pavement might be a better option. Work with what you’ve got and meet yourself where you already are; you’ll probably find much more success by accepting that you (just like everyone else) have some limits.

How To Set Realistic Self-Care Goals

Is the goal attainable?

It’s good to think big. It’s how we grow. But we need to remember to make self-care goals that are truly attainable, not arbitrary. A plan to make at least one new friend in your new neighborhood is attainable. A demand that you make three new friends in one weekend is big thinking…and it’s also arbitrary. It can easily lead to frustration as you spend a weekend in a new town, foisting yourself on unsuspecting strangers at the museum or library, desperately trying to find a friend for the sake of meeting this goal. Scientists have found that it’s helpful to build your goals around tasks rather than outcomes. This helps makes them more attainable, as the former is something we can control, while the latter we can’t. We can’t control whether going for walks will help us add a specific amount of muscle mass or cure our depression. We can, however, control whether we commit to a walking goal and stick to it. And the more we do it, the more benefits we’re likely to reap.   Avoid putting such strict limitations on yourself that your “self-care” turns into self-imposed torture.

Is the goal too vague?

Even as you need to be wary of goals that are too strict, a goal that’s too vague isn’t terribly motivating. When researchers from the University of Liverpool and the University of Exeter studied the goals set by people with depression versus those without, they found that depression patients tend to make their goals too abstract, making them harder to attain. For example, the researchers said, a depressed person might say their goal is “to be happy,” whereas their non-depressed peer might say they’re planning “to improve my time running the local 10K race.” The problem, researchers found, was that the non-specific goals were simply not motivating. They held no action component. So how do you find that happy medium between being too strict and too vague?

Make sure your self-care goal has measurable results.

“I want to be happy” is subjective. It’s not easy to look back on a month and see if you were “happier” during that time. A goal such as “I want to take more walks to take advantage of nature therapy” is measurable. You can look back on a week and determine if you met the goal of talking a walk—or several! “I want to go to therapy at least three times a month” is measurable too. Though you can’t predict what will happen in those sessions or the outcomes that result, you can make sure you schedule (and attend!) those appointments. Remember, the best self-care goals aren’t the ones that you only wish you could accomplish. They’re the ones you can actually achieve. And the biggest positive of creating self-care goals with intention? You’ll feel like you’re taking even better care of yourself when you do.