How To Help A Friend With A Preemie Baby

Your bestie’s baby was born too early. Here’s what you can do to support her and her preemie. 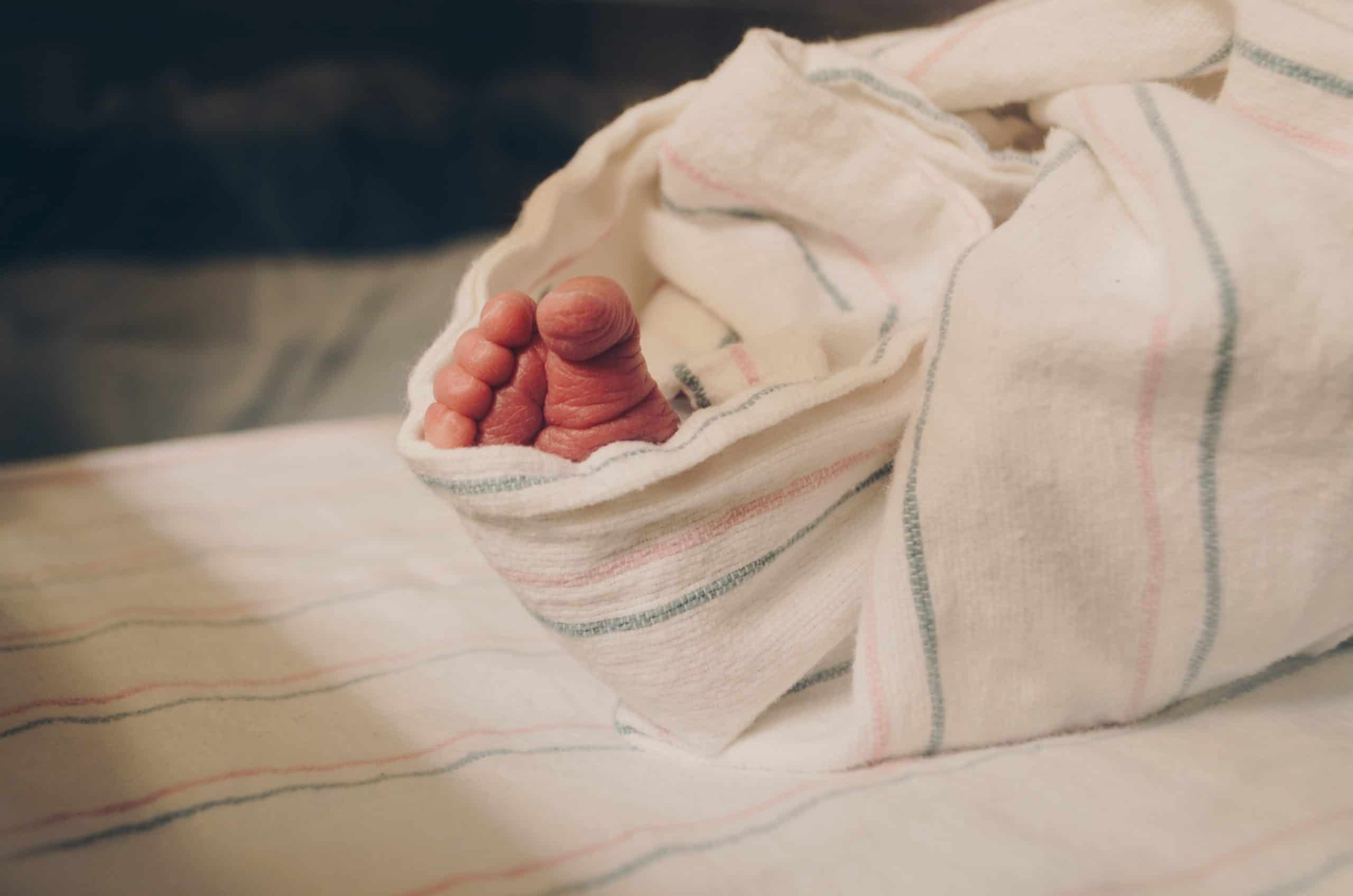 Your best friend’s baby arrived—way too early. Weeks or maybe even months ahead of schedule. The baby is tiny and in the neonatal intensive care unit (NICU), and your friend—who is essentially living at the hospital—is terrified. In other words: She needs you more than ever. I spoke with three moms about their experiences with premature babies. Here, Ashley Patronyak, Laura Millendorf, and Juliet Ross—New York City moms with two kids each—give us the lowdown on how to help a friend, what to say, and, most importantly, what not to say.

But first: What is a preemie?

A premature baby, often known as a preemie, is one born before 37 weeks’ gestation. An early birth is often accompanied with a slew of complications, which are, of course, exacerbated the earlier the baby is born. In other words, a baby born at 31 weeks will usually be smaller, less developed, and more at-risk than one born at 36 weeks, but this depends entirely on the circumstances around the birth and what problems led to preterm labor. Other than being quite small—often well under 5 pounds—a preemie baby might have trouble in a number of vital areas: difficulty breathing and regulating temperature and a lack of reflexes to suck or nurse. A preemie baby may have heart problems (low blood pressure or heart complications), brain problems (because of possible brain bleeds), blood problems (anemia and/or jaundice), and gastrointestinal problems (because the system is underdeveloped). The immune system is also compromised. Preemies often develop into typically healthy kids, but some can suffer long-term effects—anything from cerebral palsy to hearing or vision problems to impaired learning to compromised immune systems. In other words, if your bestie has a preemie, she’s going to need your support.

HealthyWay asked the moms about the circumstances of their preemies’ preterm birth.

Laura: I had an abnormal placenta, which didn’t allow for proper growth, so I was hospitalized at 32 weeks’ gestation when my son’s growth percentile was dipping lower and lower (they had been following it since 25 weeks). At 35 weeks they took him out, but he wasn’t the size of a normal 35-weeker, which was the issue. He was 4 pounds, with virtually no body fat, and was unable to keep himself warm, so had to be in an incubator in the critical care nursery for weeks before gaining enough fat and weight to go home.   Ashley: I began having preterm labor somewhere between 21 and 22 weeks. There wasn’t a definitive explanation for why it was happening, but it was generally written off by my doctors as stress related. So, one of the first unhelpful things I was told was that I needed to relax and “take it easy.” I became pregnant in the very beginning of a still-casual relationship, right before I started my first semester of grad school in a city that was still fairly new to me. I was working long hours at a physically taxing job and was struggling to make ends meet. There was simply no room in all of that to relax or take it easy. I was in and out of the hospital to stop labor and eventually got a new less-stressful, better-paying job, but it didn’t help my symptoms. I was put on bed rest sometime around 30 weeks and had my son at 34 weeks 5 days. Juliet: My pregnancy was complicated due to placenta previa with bleeding, and baby and I were monitored frequently. Around 30 weeks, the rate of growth declined and it became clear that at some point my baby would be able to grow better outside of me than inside. Once doctors saw restricted blood flow in the umbilical cord, it was time for me to have the baby. He was delivered at 36 weeks, very small for gestational age at 3½ pounds. They gave me medicine to speed up his lung development before he was born, so he was able to breathe well on his own. However, he required a lot of medical support to gain weight, and although he was only a little early, he has experienced a lot of the same challenges in his life that many earlier preemies face.

What are things you should definitely not say to parents of a preemie?

Do not speculate about why this happened.

“The worst thing someone said to me after the birth was speculating that the reason my son had been born with these issues was because I had consumed coffee during my pregnancy,” Laura says. “Asking or musing out loud about why the preemie might have been premature is just a bad idea. It’s not your job to figure out why, and if you want to know, just ask an open-ended question like, ‘Do the doctors have any idea what might have caused the early birth?’ But unless you’re an OB-GYN, do not speculate about why this happened and spout pseudo-science about why you think this happened.”

Do not say he’s not “really” a preemie.

“Because my son was born at 35 weeks, people said this a lot,” Laura says. “They had no idea that he was only 4 pounds and his skin was basically transparent, and if they hadn’t done a C-section that day he would have been a stillbirth because his oxygen levels were dipping.”

Do not tell us to count our blessings.

“When my son was born, he was a hulking giant compared to the micropreemies around him, and only spent a week in the NICU,” says Ashley. “But it was extremely unhelpful anytime someone told us we were lucky or to count our blessings. I think any parent who’s been through an emergency early delivery and whose child has survived has already taken stock of each and every blessing many times over, and fortune falling in your favor in terms of relative health, size, and gestational age doesn’t ease the deep gnawing fear that something could still go suddenly awry or the anxiety from leaving your baby in the hands of strangers, no matter how qualified they may be. It’s also very difficult to think of things on a scale of luckiness, knowing that the parents and babies around you are suffering too.”

Don’t talk about the baby’s weight.

“The worst thing anyone said was, ‘You’ll never have to worry about him being fat!’” Juliet recalls. “Close runner up: ‘It’s great to have nurses take care of your newborn in the NICU and you get to sleep through the night!’ It also wasn’t helpful when people said, ‘but now he’s okay, right?’, because I knew that what they wanted was for me to reassure them. I resented the demand to comfort other people outside of my immediate family. And I did not know if he would be alright.”

What can you say to best support parents of a preemie?

“If someone is unsure what to say, rather than pointing out a baby’s size—‘He’s so tiny!’—err on the side of a compliment,” says Ashley. “‘She’s perfect’ or ‘He’s gorgeous’ are far less likely to trigger parents’ fears as they wait for their baby to reach size and health that they can leave the hospital, and perhaps even guilt or shame, because they may still be wondering what went wrong, if it was their fault, and what they should or could or would have done differently.”

How can I support my friend with a preemie?

Preemies are particularly vulnerable to illness, so this one is extremely important to abide by. It’s so crucial to preemie parents, in fact, that all three moms had plenty to say on the topic. Laura: When I finally had my son’s bris, I put up signs outside the front door telling everyone to use hand sanitizer upon entry. People who haven’t been through this with a vulnerable kid don’t always get it. Your kid’s cold might mean my kid’s hospitalization. My son was hospitalized at 6 months because he was still so small that a respiratory virus left him struggling to breathe. So please don’t bring your toddler with “just a cold” over to my apartment, and please don’t touch my kid’s face unless you’ve sanitized. I’m not a helicopter “keep them in a bubble” type of parent by nature. But preemie immune systems and respiratory systems are no joke. If you don’t vaccinate your kid, don’t come near my child. Ashley: If a preemie parent says they can’t have visitors, respect that. Their child may be in especially fragile health, or they may just be exhausted and unable to focus on anything else. When we brought our son home, we were told not to take him in public for at least two months, barring doctor visits. We were very careful about visitors. If you aren’t up on your vaccines or you’re getting over feeling sick, starting to feel sick, or have been in contact with someone ill recently, put your own wants aside and don’t go near a premature baby (or, for that matter, any baby!) until you can do it safely. Juliet: I demanded that everyone who wanted to kiss my baby get a flu shot and whooping cough booster. I also required a lot of hand washing, and some people thought I was nuts! The NICU gave out little signs you could attach to the stroller that said, “wash your hands before touching mine,” and I got a lot of sidelong glances in response. My son needed the extra protection of our clean hands—that had been made very clear to me in the NICU. I also understood that a baby under two months who gets a fever has to go to the hospital, and I had had more than enough of the hospital!