Clogged Milk Ducts Suck; Here’s How To Fix Them

“I might have a sudden-onset breast cancer. Or a clogged milk duct. Not sure”—and other tales from breastfeeding hell. 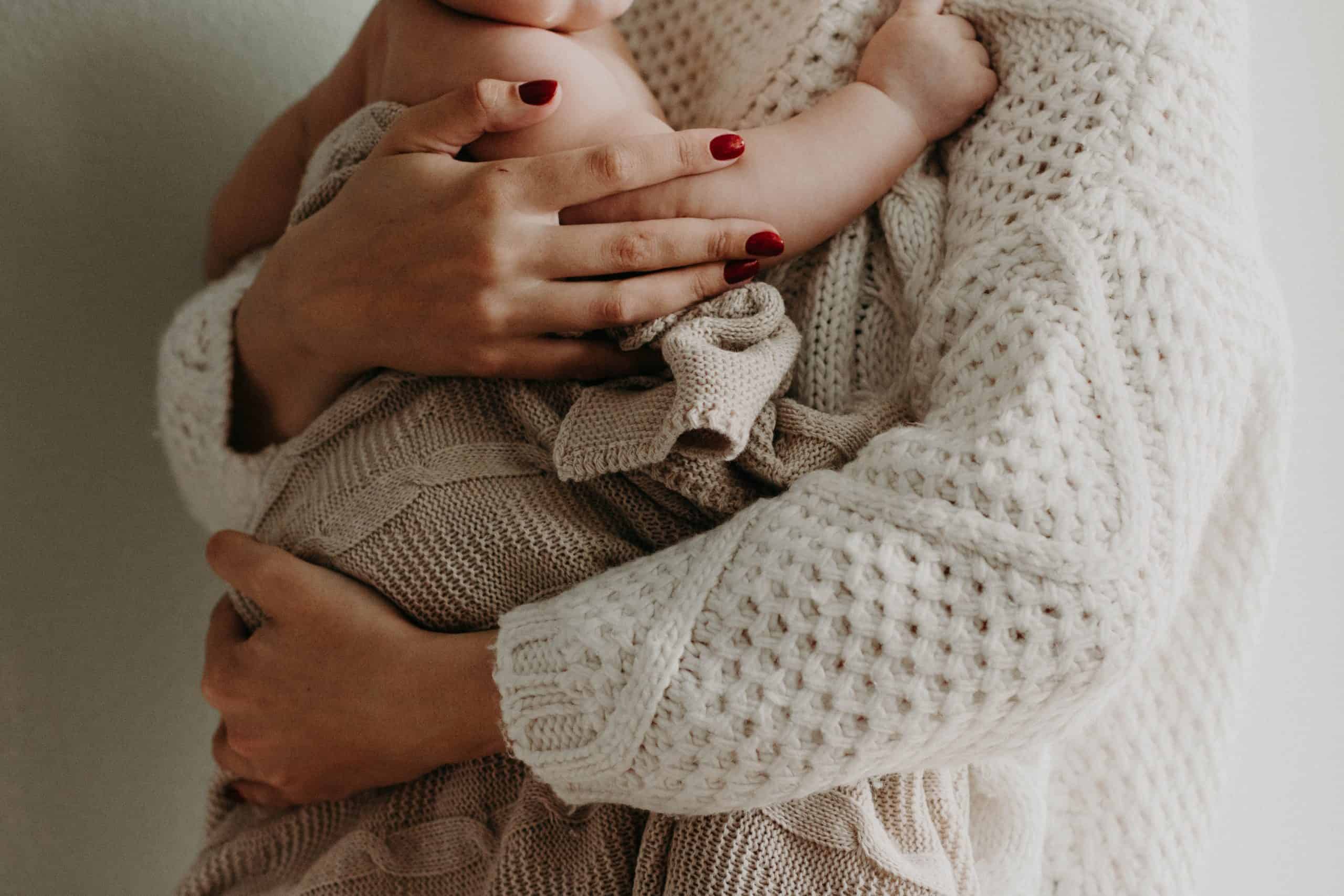 Kelly Smith worked for years to get pregnant. When her twins finally arrived, she knew she would breastfeed them—but she had no idea how intense that would be. “I was an overproducer so even after feeding twins,” she explains, “my boobs would still be engorged.” She faced a terrible cycle: She just wanted to empty her breasts, but if she pumped, it stimulated more milk production. So she basically had to ignore the engorgement, which led to chronically clogged milk ducts. “I’d get hard walnut-sized nuts. In a regular breast, you’d think, Oh my God, I have cancer.” She’d spend the next 24 hours touching her boob and trying to massage out the clogged duct with her thumbs, an electric toothbrush, or a vibrator. An electric pump was too stimulating, so she used a hand pump in the shower, while the hot water worked to break up the clogged duct. Kelly, of course, knows how lucky she was to be able to breastfeed her babies, but there was a downside to being chronically engorged for 14 months—other than the sheer discomfort and the many, many experiences with clogged milk ducts. “You can’t talk about it because you’re an overproducer,” she explains. “Everyone is complaining about being an under-producer. Even my lactation consultant would say, ‘You should thank your lucky stars,’ and I’d think, No, I’m in horrible pain all the time.” Your experience may not be this extreme, but clogged milk ducts are not uncommon. “50 percent of the women I work with develop this during their breastfeeding journey,” explains the L.A. Lactation Lady, Julie Matheney, international board-certified lactation consultant (IBCLC). “Some women are simply more prone to clogs because they have a higher fat content in their milk. The fat separates and clogs the duct more.”

What are clogged milk ducts?

“A milk-clogged duct is an obstruction in the ductal system of a lactating breast,” explains Rowan Smith, IBCLC, a doula based outside of Montreal. A clog can happen anywhere inside the breast—from deep inside, all the way to the nipple pore. When you get a clogged milk duct, it means that the milk has sat in the breast for too long. And it’s not just milk—it’s milk fat that creates the obstruction. “A mother’s breast milk is like milk sitting in the fridge,” Matheney explains. “Cream rises to top. The fat floats so it can separate. The fat thickens and sits in the ducts and they clog.” When it’s pushed through—which can really, really hurt!—it can look like a curd, a string, or a chunk.

Why is this happening to me?

In all cases, a clogged milk duct is caused by milk stasis, that is, milk sitting too long in your breast. Not enough milk is being removed, and when excess milk accumulates, it thickens and has a hard time coming out. Beyond that there are two main categories of problems:

How I can prevent clogged milk ducts?

“The best way to prevent clogged milk ducts is to frequently empty the breast well,” says Matheney. If you’re committed to breastfeeding, this means your baby will pretty much glued to you: “In first few weeks, feed consistently around the clock,” Matheny advises. True, you probably won’t be able to get a single thing done, but it won’t last—before you know it, your baby will be eating food and walking and talking. Establishing a good latch and proper supply is key to a successful breastfeeding experience, so for your own sanity, it’s wise to just give yourself over to it. “Most women have enough milk at the beginning,” explains Rowan, “but your breasts need lots of stimulation. The books say eight to 12 times day, or every three to four hours—but it’s actually much more frequent.” When she teaches prenatal classes, Rowan asks soon-to-be parents to write down everything they ate or drank in the last 24 hours—including sucking on candy—to give them a sense of feeding frequency. Her students will say they ate between six and 35 times a day. “Adults, like babies, get comfort from food. We’re grownups and expecting babies to conform to eight to 12 times a day! I hear so many moms say, ‘He can’t be hungry, he ate 30 minutes ago!’ Go ahead and feed. Not doing so can cause the milk to get clogged.” If you have to go back to work during those prime breastfeeding months, pump as often as you can with a high-quality pump to prevent clogged milk ducts. Rowan also recommends a few minutes of breast massage and compression (essentially deep massage) before doing your regular pumping routine, followed by one or two minutes of hand expression. “You can think of your breast like toothpaste tube—you don’t want to start squeezing or emptying it in the middle!” Matheney says. Start from the back of breast and move to the nipple, and then all the way around breast without missing any ducts. She also suggests familiarizing yourself with your boobs to figure out where the ducts are so you can do compression behind the lumps. “Squeeze the milk down to the nipple to encourage it to flow,” she explains. A few other ways to keep your breasts free of clogged milk ducts:

Help! How can I fix my clogged milk ducts?

Okay, so despite all your best efforts, you’ve got a clogged milk duct. We know it’s painful—so painful! But ignoring the problem only makes it worse and can lead to a real infection (see below), so it’s best to go at it aggressively now. Here are a few things to try:

If You Have an Oversupply…

Moms’ boobs are magical because they generally produce exactly what your particular baby needs. But sometimes—like in Kelly’s situation—you have way more milk than you know what to do with. Remember: The more you pump, the more you make, so even though it might be tempting to pump to “empty out”—or check on how much you’re producing—you’re only signaling to your body that it needs to produce more milk, which exacerbates the cycle. If it’s coming out like water out of a fire hose, express a tiny bit before to soften the breast and slow the velocity of the milk, Rowan suggests. Matheney recommends eliminating pumping completely to stop the signals to your body to keep producing so much. But Rowan says in extreme cases—particularly for women with chronic problems or ducts that are verging on mastitis—you can try pumping both breasts first thing in the morning (and not again) so they can really soften. Matheney also suggests drinking tea with peppermint leaves (which dries up supply), and placing cabbage leaves in your bra to decrease supply and regulate your output.

So can clogged milk ducts be a problem for moms with a low supply?

Totally. “It can happen to anyone who waits too long,” says Matheney. And in fact, volume doesn’t matter as much as how often you’re removing it. “Think of your breasts as different-sized Tupperware—they have different storage capacity.” If you have less storage, you may need to nurse more often. No matter how much milk you’re producing, you still run the risk of a clogged milk duct.

What’s the difference between clogged milk ducts and mastitis?

Mastitis is a full-fledged infection, and it feels like one. It’s usually caused by a milk duct that’s been clogged way too long. You can also get mastitis when bacteria from your baby’s mouth enters in through the pores of your nipple and infects the breast. If you have the following symptoms, it’s really important to call your doctor because mastitis can get worse quite quickly:

A dose of antibiotics will usually make you feel better within two days. If you don’t feel better during that time, get back in touch with your doctor to rule out a more serious infection.

Is there anything worse than mastitis?

Yes. If you ignore the clogged milk duct and it turns into an infection that you also ignore—or if you refuse to go on antibiotics—mastitis can turn into an abscess. Basically, the breast gets a pus-filled cyst, and the only intervention is to have it drained by a trained breast surgeon in order to get the bacteria and fluid out. It takes six to eight weeks to recover after the corrective operation, and sometimes the surgeon has to leave a drain in until all the fluid and pus comes out. You might be able to breastfeed during this time, but often the other breast needs to do the bulk of the work, which is not much fun.

This sucks. I want to stop breastfeeding.

“When women say they want to stop feeding because of a clogged milk duct, I listen and empathize,” Rowan says. “If they stop that moment, though, it will likely develop into mastitis or an abscess. So I recommend we get through this hump and then we can discuss stopping. But first we have to deal with the problem.” The moral of the story here is: If you think something is wrong, get it checked out ASAP. Women tolerate pain differently, so it’s sometimes hard to gauge the severity of the problem, but trust your gut on this one. And be aggressive early on—a clogged milk duct is painful, but much less painful than it will be if it turns into something more serious.

Clogged Milk Ducts Suck; Here’s How To Fix Them 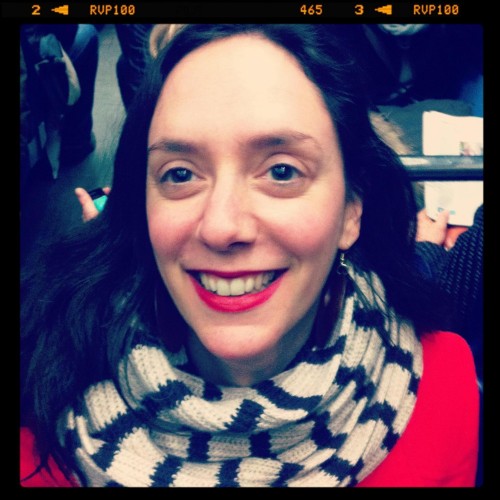