We spoke to Jeffrey Woods, PhD, one of the leading researchers on this topic, to learn more about how exercise influences the gut microbiome. Here's what you need to know. 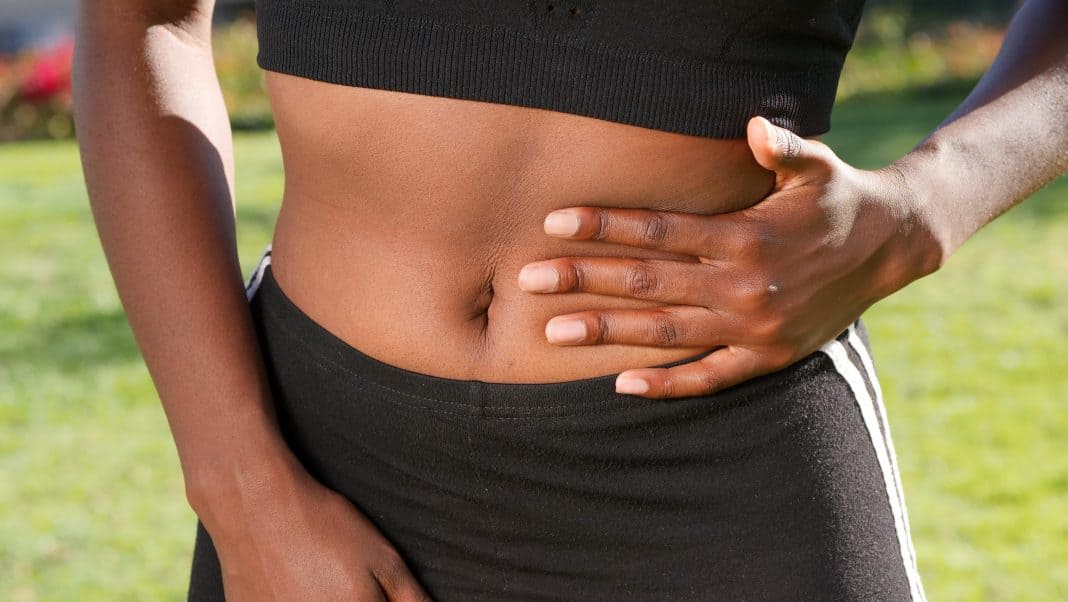 Need yet another reason to get on the treadmill or roll out the yoga mat? Scientists have found evidence that regular exercise could help you maintain a healthier microbiome. Your microbiome, of course, is all of the microorganisms living on you and inside you—bacteria, viruses, fungi, protists, and other stuff you likely remember from ninth grade biology class, collectively referred to as microbiota. This microscopic world is somewhat mysterious; scientists know that the microbiome plays a critical role in keeping us healthy, but studying the vast number of organisms living in any given person is, well, complicated to say the least. What we do know is that exercise seems to help our gut microbiota do their job. A recent study published in the peer-reviewed journal Medicine & Science in Sports & Exercise found that exercise alters the composition and function of the microbiota. We spoke with University of Illinois professor Jeffrey Woods, PhD, one of the leaders of the study, to find out what this insight really means for our gut health (and our next trip to the gym).

Things get pretty complicated at a microscopic level, so while we’d love to generalize and say that exercise helps good bacteria and kills bad bacteria, that’s not exactly the case. In fact, scientists try to avoid terms like “good” or “bad,” since a particular species of bacteria might be beneficial in one area of the body and detrimental in another area. It’s also important to understand that every person’s microbiome is different. Bacteria that serve an important function in one person might be entirely absent from another person. “That’s what makes it so hard to compare between people,” Woods says, “[It’s] better if measured over time in one person. [Other factors] contributing to the differences include our environment—mode of birth, where we live, what we eat, who we cohabitate with—and our genetics.” We do know that the microbiome is incredibly important to our overall health. “The microbiome is tasked with important jobs, such as digestion, synthesizing vitamins and hormones, and training our immune system,” says Samantha Nazareth, MD, a gastroenterologist in New York City. “These microbes have even been implicated in weight control. There are more than 100 trillion microorganisms.” If you’re like us, your eyes just homed in on that “weight control” comment. In one study referenced by Anthony L. Komaroff, MD, of Harvard Health Letter, scientists transferred bacteria from two strains of mice, one of which was naturally obese and one of which was naturally lean, to a third strain of naturally lean mice. The mice that received gut bacteria from the obese group gained weight, while the other group stayed lean. But before you go rushing out to buy probiotic weight products, note that scientists still aren’t sure how the microbiome works—and they’re generally skeptical of over-the-counter supplements.   “It is difficult to say what benefit people gain by buying probiotic supplements, which may not be standardized,” says Amesh Adalja, MD, senior scholar at the Johns Hopkins Center for Health Security. “A less costly alternative may be to consume fermented foods such as kefir, kimchi, sauerkraut, kombucha, and the like.”

Another inexpensive way to change your microbiota: Exercise.

That’s where Woods’ research comes in. For the study, the scientists found 32 men and women who didn’t exercise at all. Those participants began a moderate workout routine consisting of 30 minutes of easy cardiovascular exercise (walking or cycling), performed three times per week. Over time, the workouts increased in intensity. The participants were told not to change their diets. After six weeks of exercise, the volunteers were told to stop exercising. Researchers then repeated the tests after another six weeks. “We found that six weeks of moderate to vigorous endurance exercise in previously sedentary adults altered the gut microbiota and some of the things that it can produce,” Woods tells HealthyWay. “This effect was greater in lean people when compared to obese people.” With that said, the effect was noticeable in both groups. Woods’ study references “compositional and functional” changes in the microbiota; we asked him to explain what those changes were. “The compositional changes refer to ‘who’s there?’ in our gut microbiotas,” he says. “The technology we used gave us an indication of the different types of bacteria present in the samples—we did not measure viruses [or other microorganisms]. The functional changes relate to the capacity of the bacteria to produce short-chain fatty acids, a potentially beneficial metabolite produced by some bacteria.” After the tests, participants’ microbiota had changed considerably and were producing more of those short-chain fatty acids. Here’s the big question: Are these good changes for the body? “Potentially,” Woods says. “Short-chain fatty acids have shown to be anti-inflammatory and anti-carcinogenic. However, their production can also increase energy harvest from food—good if you are increasing energy expenditure, bad if you are overweight or obese and want to reduce energy storage.” Of course, that doesn’t mean that the fastest way to lose weight is to stop exercising. By far, the most important factor in weight loss is caloric consumption, so even if those short-chain fatty acids change the way that we harvest energy from food, exercise still has overwhelming benefits for a weight-loss strategy.

Scientists are just starting to understand how our bodies’ microbiota function, and although we don’t want to belabor the point, it’s crucial to keep that in mind when reading the results of these types of studies. We asked Woods whether he could draw any conclusions as to how—or why—exercise changes our microbiota.   “This is the big question,” he says. “We did show that [the effect] was not due to changes in diet or other confounding factors. As for how this type of exercise might alter the gut microbiota, we don’t know. Possibilities include alterations in gut immune function, gut blood flow, production of host metabolites that interact with bacteria, increased gastrointestinal motility or other exercise-induced hormones or factors that can interact with the gut bacteria directly or indirectly through interactions with our immune or enteric nervous system.” Keeping that in mind, Woods does believe that exercise helps us maintain a healthy microbiome. As with all things, moderation is key. Although starting an exercise program could dramatically change a person’s microbiota, overexertion can have the opposite effect. “Moderate to low-end vigorous exercise appears to be beneficial to our gut and its bacteria in healthy lean and obese adults (more so in lean). However, there is evidence that a small fraction of people who overdo the exercise—i.e., prolonged high intensity endurance exercise or competitions, especially if [the person is underprepared] or if performed in hot, humid conditions—may induce transient damage to their intestines,” he notes. “We did not study that aspect, but others have.”

Woods theorizes that his research explains some of the benefits of exercise.

For instance, other studies have shown that even 20 minutes of regular exercise reduces inflammation throughout the body. That’s important because inflammation is responsible for a host of serious health issues, including high blood pressure, some types of cancer, and type 2 diabetes. The changes in the gut microbiota could be responsible for some of that anti-inflammatory effect. If you’re hoping that your microbiome will reap the benefits of exercise, keep these tips in mind:

Participants in the study engaged in 30 minutes of moderate exercise three times per week, so that’s a good place to start if exercise isn’t currently a regular part of your life. Long-term consistency is more important than the length of your individual workouts.

Diet affects your microbiome, too.

While Woods’ study shows that exercise affects the microbiota independent of other factors, that doesn’t mean that you can ignore diet entirely. “We are in the infancy of understanding how to manipulate one’s microbiome,” says Adalja. “However, there are studies which compare microbiomes of those with high- and low-fiber diets which reveal marked differences. High-fiber diets favor specific microbes, and given we know the benefits of high-fiber diets for prevention of certain conditions such as colon cancer, there is likely a link between diet, the microbiome, and health.” A high-fiber, low-sugar diet will likely help you maintain a healthy microbiome, so if you’re really concerned with your microbiota, that’s likely a good place to start.

Be careful when making significant lifestyle or dietary changes.

We’re sure this is obvious, but you shouldn’t dramatically change your diet or engage in a strenuous new exercise regimen before speaking with your doctor. That’s particularly important if you’re on any medication or if you have any ongoing health issues. Woods acknowledges that more research needs to be done to confirm his team’s findings. In any case, it’s an exciting time for researchers—and for anyone looking to incorporate moderate exercise in their daily routine. Just remember that the human microbiome is a relatively new field of study. If you’re going to start exercising, your gut bacteria probably shouldn’t be your primary motivation (although it is a nice secondary motivation).