Does CBD Oil Really Work? Here’s What Two Industry Experts Have To Say About The Trending Remedy

Cannabidiol oil, known as CBD oil, is a popular topic in the health community. If you want to know what the fuss is about and whether CBD oil can help you, read on. 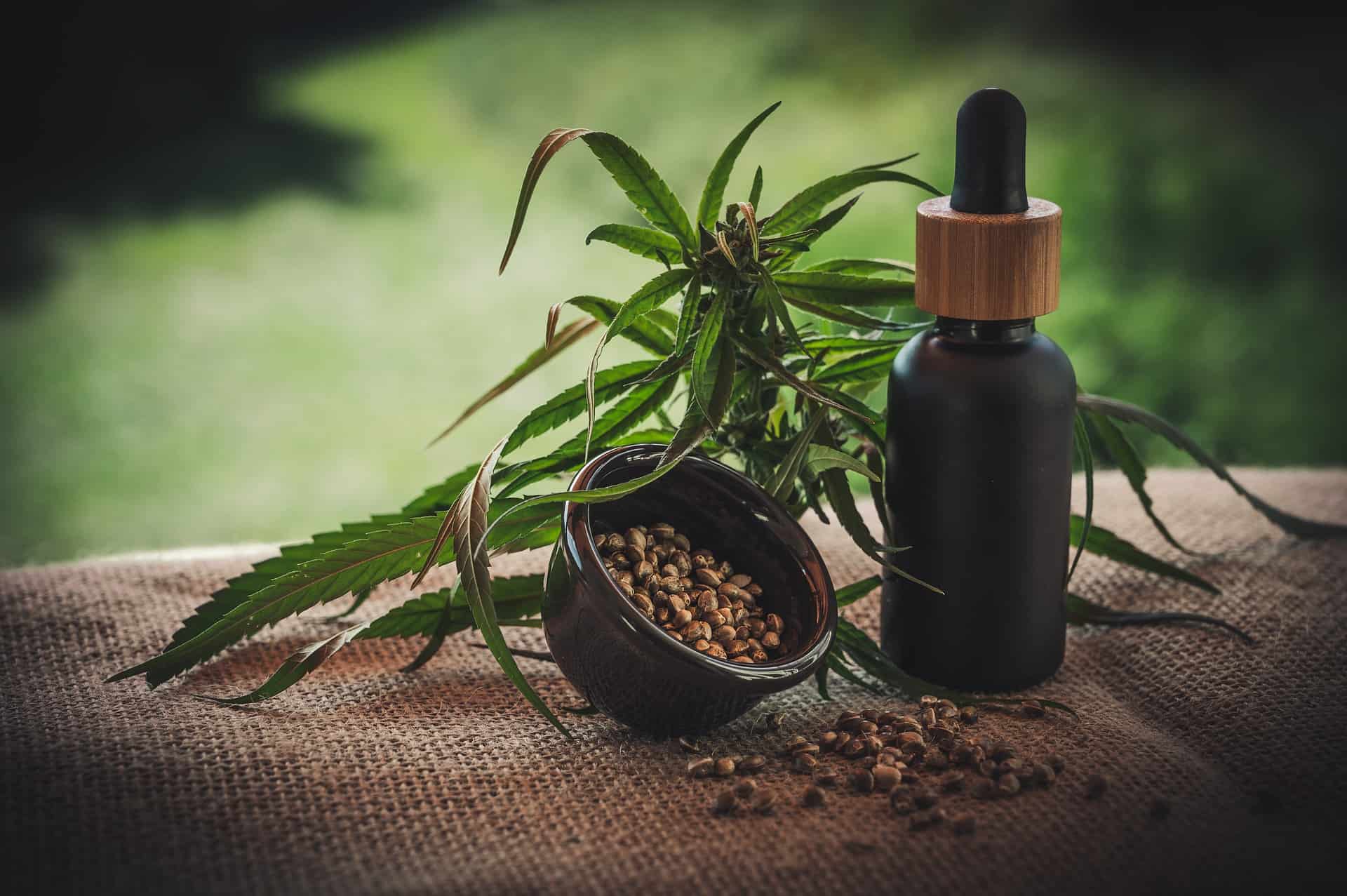 As more and more states legalize cannabis, people are becoming increasingly interested in the medical benefits of the plant. One topic that seems to be on everyone’s mind is cannabidiol oil, or CBD oil. Cannabis plants contain over 60 chemical compounds called cannabinoids. Two of those cannabinoids are CBD and tetrahydrocannabinol (THC). These cannabinoids affect our endocannabinoid system, which is located throughout our bodies. By affecting our endocannabinoid system, cannabinoids cause various changes within our bodies. THC has an intoxicating effect, which means it gets you high. CBD, on the other hand, won’t get you high—but research suggests that it does have a number of other health-impacting properties. CBD oil is meant to harness those health benefits for those who want to treat certain conditions and ailments, such as anxiety, using a natural product. In theory, CBD oil has a high concentration of CBD and little to no THC, meaning that it won’t make you high. However, the actual definition of CBD oil isn’t so clear-cut. “The terms CBD oil and cannabis oil are broad terms that are not defined with any certainty,” says Gary Hiller, president and COO of Phytecs, a biotech company that’s researching the endocannabinoid system. While the scientific definition of CBD oil is less than straightforward, there’s one big difference between CBD oil and cannabis oil: While cannabis oil is only legally available in certain states, CBD is available everywhere according to Emma Chasen, a cannabis educator, activist, and director of the Sativa Science Club. So, CBD oil may be legal, but is it effective?

Are the benefits of CBD oil real?

You might have heard that CBD oil can address and soothe a wide range of conditions, from mental illnesses to skin problems to aching joints—but is there any substance to these claims? “CBD oil has many reported health benefits,” Chasen says. “It acts as an analgesic—that is, a pain-reliever—especially for neuropathic pain. It has anti-inflammatory, anti-anxiety, and antidepressant properties.” Despite the significant number of reported benefits, further research is needed to verify these claims. “Unfortunately, only a very limited number of controlled, extensive, and DA-conforming clinical trials have been completed and reported on the application of CBD or [CBD oil],” says Tamás Bíró, MD, PhD, DSc, director of applied research at Phytecs. That said, the research that does exist is promising. Bíró notes that CBD was shown to be effective at treating certain forms of difficult-to-manage childhood epilepsy, like Lennox-Gastaut syndrome and Dravet syndrome. According to Bíró, smaller studies and pre-clinical trials have also suggested that CBD can have a positive effect on a number of health conditions, including

Bíró notes that while these results are promising, they require further research before we can confidently say that CBD oil is an effective treatment. In other words, it looks like CBD might be helpful for those who are living with various diseases and conditions like those listed above—but right now, the medical and scientific communities just aren’t sure.

Many people feel like it’s worth trying, though, even if scientists aren’t 100 percent sure how CBD oil works. While CBD-infused products can be expensive, the health risks are very low. For those who are struggling to find relief for their health conditions, it might be a case of little to lose, much to gain. “There are of course side effects of CBD oil, but none are dramatically negative,” Chasen says. “There is no defined lethal dose of CBD, so we can assume that it is fairly safe to consume.” For those wondering if CBD oil is safe for those who are pregnant or nursing, Chasen says, “There is no research that points to the negative effects of CBD on people who are pregnant or nursing.” He goes on to say, “We do need more research to uncover the long-term effects of CBD medicine on people who are nursing and their children.” In other words, exercise caution and consult your doctor prior to using any CBD products especially if you’re pregnant or nursing.

How can I use CBD oil? And how does it feel?

CBD is available in a range of different forms including in pills, capsules, and oils. CBD oil can be taken on its own, but some people prefer to add it to food or mix it into smoothies in order to mask its distinct (and to some, off-putting) flavor. Immediately after consuming CBD oil, one might feel a sense of calm or euphoria, Chasen says. Since it’s a muscle relaxant, you might feel your body becoming less tense. “CBD oil can cause drowsiness in some, so I’d recommend consuming in the evening the first couple of times,” Chasen notes. If you want to use CBD oil for a specific ailment, it’s always best to speak to your physician first. Consider looking online for a cannabis-friendly physician if your usual doctor is unhelpful.

Can CBD oil work on my pet?

Cannabinoids can affect all mammals since all mammals have an endocannabinoid system. There are plenty of companies that claim their CBD products will help your pets, and a lot of anecdotal evidence suggests dogs can benefit from CBD oil. Unfortunately, more studies are needed to validate these claims. However, some studies suggest CBD oil can provide hope for dogs and their humans. A 2012 study showed that CBD oil soothed inflammatory skin disorders on dogs. According to a 2017 BBC article, the College of Veterinary Medicine and Biomedical Sciences at Colorado State University is researching the effects of CBD on dogs through two clinical trials that consider the effects of the compound on canine seizures and canine arthritis.

How do I know if a CBD oil product is legitimate?

If you want to try CBD oil, be discerning when it comes to buying products. In 2017, 2016, and 2015, the FDA issued warning letters to a number of companies for claiming to sell products containing CBD oil. The FDA tested their products and found that they didn’t contain the amount of CBD they claimed to contain. “Many people looking to capitalize on the CBD market have started selling hemp seed oil and marketing it as CBD oil,” says Chasen. “Hemp seed oil and CBD oil are not the same thing.” So, how can you make sure the CBD oil you buy is legitimate? “Acquire the product only from a trusted source that can provide you with a laboratory report that includes information on the product’s constituent elements,” says Hiller. Chasen and Hiller both say a manufacturer should be able to provide you with confirmation that the CBD oil is free from contaminants and pesticides. “Research the company. Read reviews on their products.” Chasen says. “You want to make sure you are consuming clean, safe, potent medicine.” After all, if you’re putting something in your body, it’s worth doing some background research on it!

Does CBD Oil Really Work? Here’s What Two Industry Experts Have To Say About The Trending Remedy