Think that waxing your hair is painful? Historically, women have been putting up with much worse "beauty treatments." 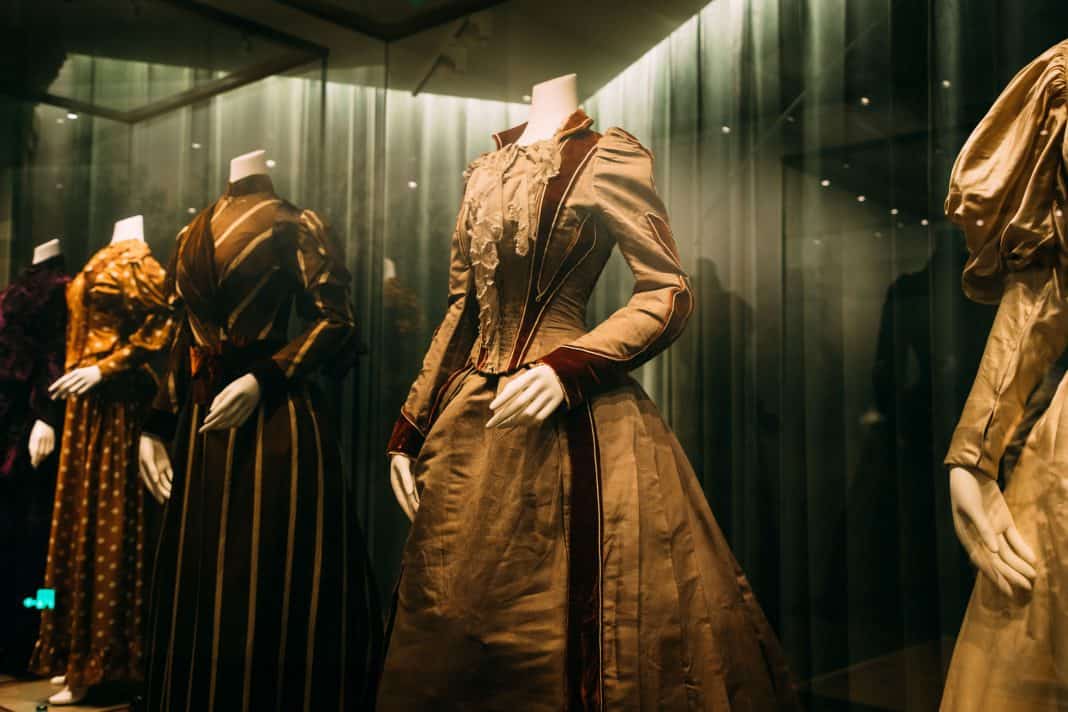 As Beyoncé pointed out on her album Beyoncé, “pretty hurts.” And according to history, that appears to be true. Throughout time, women have continuously put themselves through unbelievable pain to look their best.

Most of these strange beauty treatments seemed perfectly reasonable back in the day, so we’re wondering whether our current culture is just as insane. With that said, it’s hard to think of something crazier than what some women used to do back in the day.

In an effort to appear as thin as possible, women in the 19th century would wear corsets, which were often enforced with metal. Some women wore the devices responsibly; others tried to force their bodies into smaller and smaller frames, which caused digestive issues and even broken bones.

This continued until 1908, when Dr. Ludovic O’Followell took X-rays in an attempt to prove that corsets were dangerous. His work led to the invention (and eventually, the widespread use) of more flexible, comfortable corsets.

Modern scientists question whether Victorian corsets were truly dangerous in typical use, but there’s no question that these were painful, uncomfortable devices.

2. Victorian women would put ammonia on their faces and nightshade in their eyes.

If we have to award a prize for “worst historical period for relatively rich women,” the Victorian era might just take the prize.

Aristocratic women of the time would try to appear as perfect as statues. That might mean putting nightshade—a deadly poison—into their eyes to dilate their pupils. Want perfect, marblesque skin? Better cleanse with a dash of ammonia.

Before they headed out of the house, they’d paint their faces with lead makeup, then ingest a few arsenic wafers to “improve the skin’s translucence.” The New York Times also notes that Parisian women slept in masks of raw beef, and Bavarian women bathed in arsenic springs. If you somehow survived, you’d look statuesque.

3. Did we mention the lard wigs?

We swear, we’ll stop with the Victorian stuff, but we really need to talk about the lard wigs for a moment.

In many cultures, big hair is seen as a sign of beauty and affluence. Marie Antoinette is certainly the most famous historical example of this—the older she gets in her portraits, the crazier her hair gets. But the trend didn’t stop in late 18th century France. Look at any female portrait from the 19th century, and you’ll probably see a massive tower of hair there too. The question remains: how did they do it?

One recipe called for pig’s lard and mutton fat, along with lemon and clove oils (hey, you don’t want your pig lard to smell, do you?). The clove oil wasn’t just for show, though; it’s also a natural flea repellent, which was sort of important, given that the fat would attract pests.

Some rumors from the time suggested that the massive hairdos were frequently infested with rats and maggots. After all, these women were binding their hair with fat, so it makes sense that a few critters would show up to feast. However, some historians believe that these pest infestation stories were myths, likely made up by women who didn’t want to go through the time-consuming nightly ritual of building their hair into a lemon-scented meat tower.

4. In parts of China, women bound their feet to create “lotus feet.”

Popularized sometime in the 10th or 11th century, foot binding was a common practice for all social classes in Imperial China for several hundred years. It was a sign of status, as a woman could only bind her feet if she could afford to stay home.

Women would try to make their feet as small and pointed as possible, and they would undergo painful bindings to attain the desired look. That meant deformities, broken bones, and lifelong disabilities.

In the 1600s, the Kagxi Emperor attempted to ban the practice to mixed results. In the 18th and 19th centuries, several anti-foot binding campaigns proved successful, and the practice was banned until 1912. Still, binding persisted in some areas until the 1950s.

If that’s not mind-blowing enough, though, companies were still making shoes for women with “lotus feet” until 1999.

5. In the Middle Ages, some women bled themselves with leeches to look pale.

Paleness makes you look young, right? Well, that was the thinking in the Middle Ages, anyway. Pale skin was a sign of innocence, and, perhaps more practically, it showed that you didn’t get out in the sun much—meaning that you were wealthy enough to avoid manual labor.

To get pale skin, women would sometimes create bleaches for their skin. If that doesn’t sound fun, you could also pull out a big sack of leeches—losing a bit of blood would certainly give your skin a fairer look.

“Man, those ancient people were crazy,” you’re thinking. Well, if they’re crazy, so is Demi Moore.

She went through the same beauty treatment in Austria, allowing leeches to “detoxify her blood.” We’re pretty sure that your liver does a pretty good job of detoxifying your body, Demi, but if you want to give some leeches a free meal, have at it.

In 1932, pharmacist Alexis Moussalli came up with the brilliant idea of covering your face in radiation as a means of improving complexion. He introduced a powder called “Tho-Radia,” which included thorium and radium.

Did it work? Well, it’s not a good sign for your beauty product when it eventually ends up listed on a Wikipedia page titled “Quackery involving radioactive substances.”

Amazingly, though, the brand became quite popular and introduced additional radium-based cosmetics over the course of several decades. Tho-Radia products eventually faded out of public use in the 1960s when the general public realized that Incredible Hulk comics weren’t an ideal source for beauty tips.

The Oak Ridge National Laboratory notes that modern testing on a tube of Tho-Radia lipstick doesn’t show any measurable activity, so there’s a chance that the company wasn’t being entirely truthful about their ingredients. For once, that might have been a good thing.

7. Ancient Greek women would create unibrows out of goat’s hair and tree sap.

The next time you’re tweezing your unibrow, consider how strange you’d look to Ancient Greek women.

In Ancient Greece and Rome, unibrows were seen as a symbol of great beauty. The great poets of the time talked about the appeal of big, thick, perfectly connected brows, and women went to incredible lengths to obtain this desirable feature.

So, how do you build a unibrow if you don’t have one? You connect your brows with goat’s hair, of course. Some women would dye goat hair, apply a smidge of tree resin, and create a sort of eyebrow bridge.

If that sounds a little disgusting and uncomfortable (picture wearing goat’s hair on the center of your head in the middle of the summer), you could simply thicken your brows with soot.

Oh, and unibrows are still seen as attractive in some cultures—Tajikstan is the best modern example—and when you really think about it, that’s no more unreasonable than tweezing the hair between your brows on a daily basis.

At the beginning of this article, we mentioned that horrifying beauty techniques seemed fairly normal in their time. Just to prove that modern society isn’t completely innocent, we present the Rejuvenique electric facial mask.

Designed to stimulate (and therefore tone) the muscles of the face, this questionable product makes its wearer look like a rejected villain from an ’80s horror movie. Its bland, featureless face lets your horrified eyes stare out into a cold and uncaring world while small amounts of electricity prod your face, restoring your youthful looks.

Or not. This product doesn’t have the greatest reviews, and there’s not much science to back it up. That didn’t stop it from making it to market, and maybe that’s a good lesson: Even when a beauty product seems utterly ridiculous, someone will want it.

In 100 years, our alien overlords might end up laughing about leg waxing and butt implants; at the same time, they’ll probably be injecting themselves with some type of space beauty juice. Regardless of the era, beauty seems to depend on pain—or at least, on people who are willing to go to incredible lengths to look slightly better.