From thigh gaps to ab cracks, people's ideas of what makes the "perfect" body are definitely getting a whole lot stranger. 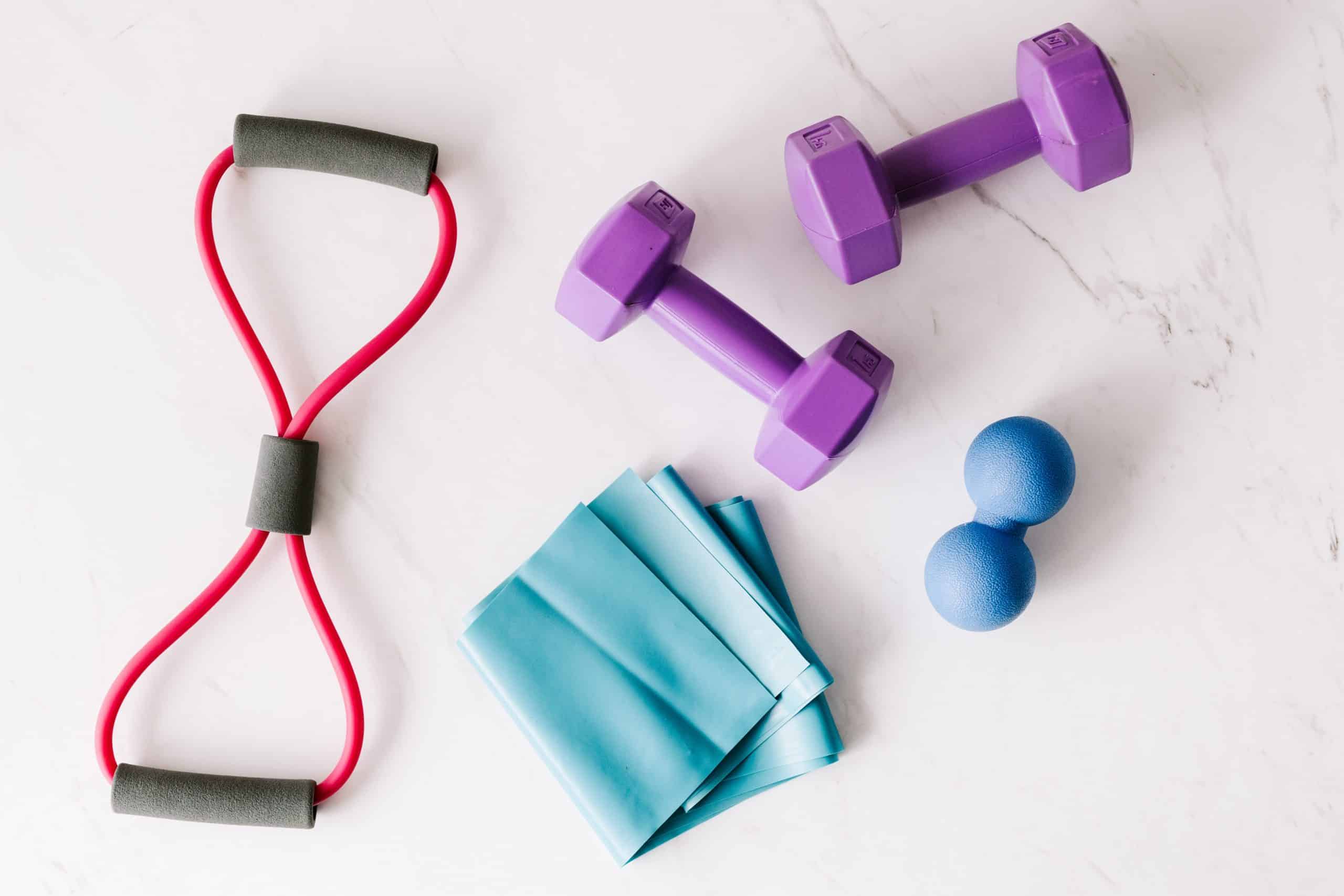 We all want to be physically fit, but there’s no such thing as a universal definition of “fitness.” To some people, fitness is simply a healthy BMI (even though there’s plenty of evidence that BMI is flawed). To others, it’s a toned, slim, beach-ready body. For some people, fitness means touching your elbows together in front of your bellybutton. Wait, what? Each year brings new fitness trends, and some of those trends are healthy—there’s nothing wrong with Pilates, for instance, and we’re not going to mock anyone for picking up a few yoga classes. However, some fitness trends are downright dangerous. To evaluate some recent trends in getting fit, we spoke with Rui Li, a National Academy of Sports Medicine-certified personal trainer and the owner of New York Personal Training, a boutique fitness studio. “My studio’s philosophy is all about total body wellness, so these crazy fitness trends are actually the opposite of what I preach,” Li says. She’s talking about things like…

This is pretty much exactly what it sounds like: You’re thin enough that there’s a clear gap between your thighs when you stand up. As cool as some people may think it looks, unless your body is naturally built to have a gap, it’s almost impossible to create one while maintaining your overall health. The biggest factor in determining whether you have a thigh gap is how your thighs sit in relation to each other. That’s largely determined by your bone structure—you can burn all the fat you want, but you can’t magically change the positioning of your hips. If you don’t have the body type for a thigh gap, achieving one can be dangerous, since you’d need to bring your body fat down to a dangerously low level while decreasing your muscle mass. “If you look at all the strongest people in the world, powerlifters, Olympic weightlifters, and strongmen competitors, they all have thick thighs that have no space whatsoever,” Li explains. Those athletes don’t have thigh gaps—and that’s completely fine. “In fact, many strength athletes complain about their inner thighs rubbing together and causing skin irritation and deterioration of their pants,” Li says, proving that some of the strongest people in the world aren’t aiming for a gap.

Don’t have the money for a tattoo? You could always use sunlight to burn a stencil right onto your skin. Of course, that’s an insanely unhealthy idea, but the #sunburntattoo hashtag took off in 2015, drawing an outcry from dermatologists everywhere. By some estimates, UV light exposure causes approximately 90 percent of all melanomas (the most dangerous form of skin cancer). Sunburns increase your chances of melanomas substantially; according to the Skin Cancer Foundation, on average, a person’s risk of developing a melanoma doubles if he or she has had more than five sunburns. Besides, this trend doesn’t look cool—it just looks painful.

Meet the ab crack, which is essentially the thigh gap for your abs. It’s basically just a line that runs down the middle of your abdomen, and it’s a byproduct of having a low percentage of body fat. As you might have guessed, it isn’t healthy. To have clearly defined abdominal muscles, most people need to sit around 6 percent body fat. While we’d never say that anyone with a six pack is unhealthy—after all, you can still nourish yourself well and be really lean—you’ll have to go even further beyond this to get an ab crack. You’d also have to lose some muscle. “If the ab muscles are underdeveloped, then the crack becomes much more prominent when the person is lean,” Li says. “If you look at bodybuilders who are in competition, they are extremely lean, often dropping to 4 percent body fat, but they don’t have a bizarre crack in their abdominal midline because they strength train to develop bulk in their abdominal muscles.” Li says that the “ab crack” can be a sign of a condition called diastasis recti, which often affects people who have lifted heavy items without building up adequate core strength. The medical editor of Health, Roshini Rajapaksa, MD, notes that “getting an ab crack is probably not a realistic or healthy goal for the average person.” Most people will never be able to attain the look with even a clean diet and an intense workout regimen.

Recently, social media users have started discussing “rib cage bragging,” which is exactly what it sounds like. People post photos to social media that show their rib cage visibly sticking out, with each and every bone clearly defined under the skin. You can guess by now where we’re going with this one—while some people’s rib cages may stick out more than others, having one so clearly defined can only be attained with an extremely low level of body fat. “This is entirely genetic,” Li says. “Some people just have ribs that stick out while others do not. I hover around 18-23 percent body fat, but even at my highest, around 25 percent, all I have to do is raise my arms to stretch and my ribs will pop out.” Li says that your standing posture might affect whether or not your ribs protrude, but otherwise, it’s not something to strive for. “This is an absolute nonsensical trend,” Li says. Thankfully, this is one trend that seems to be on its way out, with many social media users publicly stating they’re not buying into the hype. As one Twitter user wrote, “‘Ribcage bragging’ is apparently a new trend? Only ribs you’ll see of mine are the BBQ ribs on my plate.”

This trend was started in large part due to the Kardashian family, who frequently post pictures of themselves in Victorian-like corsets. The idea is that the waist trainers will gradually reduce your waistline, but Li says that contracting your waist within such a small frame can be dangerous. “There is no way to squish your fat, muscles, organs, and ribs together without hindering how well your body functions,” Li says. “The human body evolved to be of a certain shape and proportion, and aside from exercise and diet, there is no other healthy way to modify the body.” When worn for too long, waist trainers essentially push all of your internal organs together, resulting in some strange side effects. “Every single thing you do to your body affects your biomechanics, from sitting at your workstation to wearing pointy-toed high heels,” Li says. “Think about how important it is to take a deep belly breath. If everything around your waist is regularly squished tighter together, you will have a much harder time getting a deep breath. Short, shallow breaths can cause anxiety, make sleeping difficult, and even cause dizziness and fainting.” But that said, there are still ways to use the best waist trainers for women that will give the appearance of a cinched waist and hourglass figure.

6. The A4 Waist Challenge

The A4 Waist Challenge, which has reportedly taken hold in China, encourages women to take photos of themselves with a piece of A4–size printer paper in front of their waists to show that their waists are as wide or smaller than the piece of paper. A4 printer paper, by the way, is 8.27 inches wide. Not only is the challenge ridiculous, it prompts many women to strive for a goal that’s completely unattainable. Even with a low body fat percentage, your natural shape isn’t something you can change.

Also known as “nauli,” alien yoga is a yoga move that is said to strengthen your core and detoxify your digestive system. To perform the move, you start by exhaling fully, pushing your stomach outwards. Then, while holding your breath, you pull your abdominal muscles up towards your chest, then move them from left to right. So, does it work? Well, sort of—it contracts your core, but the “detoxification” benefits are dubious at best (detoxification doesn’t really exist, apart from the natural processes of your liver and kidneys). Though the move should always be done in the presence of an instructor, it’s fairly safe. Yoga website DoYouYoga doesn’t recommend nauli for women who are pregnant or for people who suffer from ulcers, hernias, or heart conditions.

Originating in China, this has to be one of the strangest body-related challenges out there. The idea is that if you’re able to wrap your arm behind your back and around to your belly button, you’re at an ideal shape and weight. That is, of course, untrue. “This is simply a mobility challenge,” Li says. “When you see yogis contorting themselves, it’s because they have a great deal of flexibility in their joints. Being able to wrap your arm around your waist and touch your belly button from the other side simply means you have a lot of shoulder mobility. Hypermobility, to be precise.” While there’s nothing inherently dangerous about the pose itself, challenges like these can be harmful to people with eating disorders, according to James Hamblin of The Atlantic. Li also believes that successfully conquering the “challenge” isn’t such a great accomplishment. “Too much of a good thing is not great,” she says. “To be that mobile means the person is lacking strength and stability in their shoulder, which makes them prone to serious injuries. “