Access to quality childcare is limited in the United States and children are the ones suffering the most. 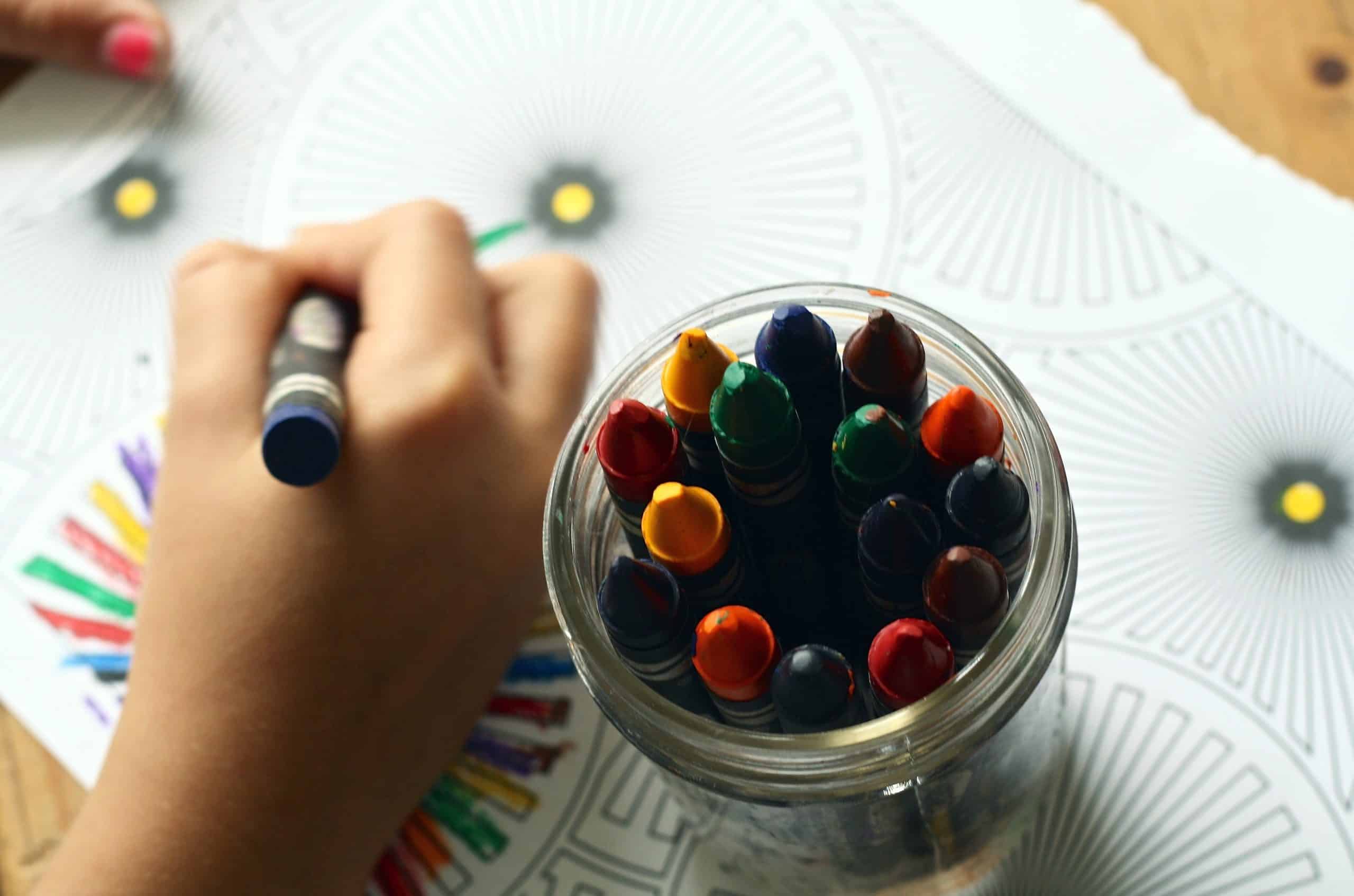 Ask any working parent in the United States and they’ll tell you that childcare is a huge expense for their family. Most Americans report that they spend 10 percent of more of their income on childcare, while roughly one third of American families are spending 20 percent of their income on care for their child while they work, according to a Care.com survey. Daycare costs so much, you can actually attend an in-state college for a year for less than you spend on a year of daycare for your children, according to NPR. The cost of daycare is a real problem in the United States. For my family, it meant I took an overnight job after my daughter’s first birthday and would come home and parent on little to no sleep several times a week. For some families, it is the reason that mothers decide not to return to work after a child is born. Unfortunately, it is often one of the reasons that children end up with subpar, or even dangerous, care providers. 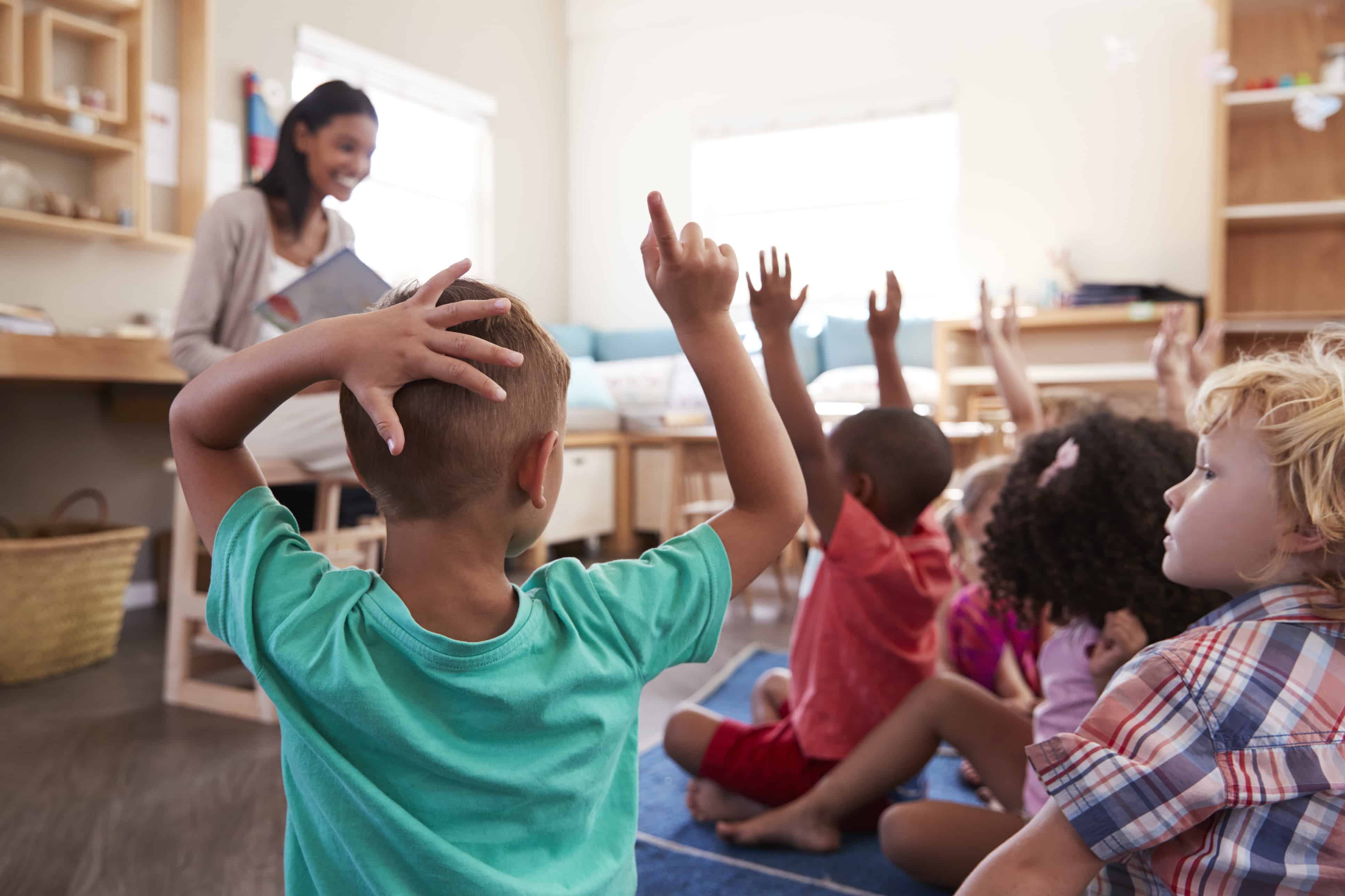 “When my daughter was a baby, we had no money,” shares Amy Shearn, mom and freelance writer. “But there was a lady down the block who watched kids for cheap. I didn’t love it because she’d sometimes have three or four kids there, and they seemed to mostly eat cookies and watch TV … we did it anyway for a few hours a week because it was the only way I could get any work done without paying more than I was making.” 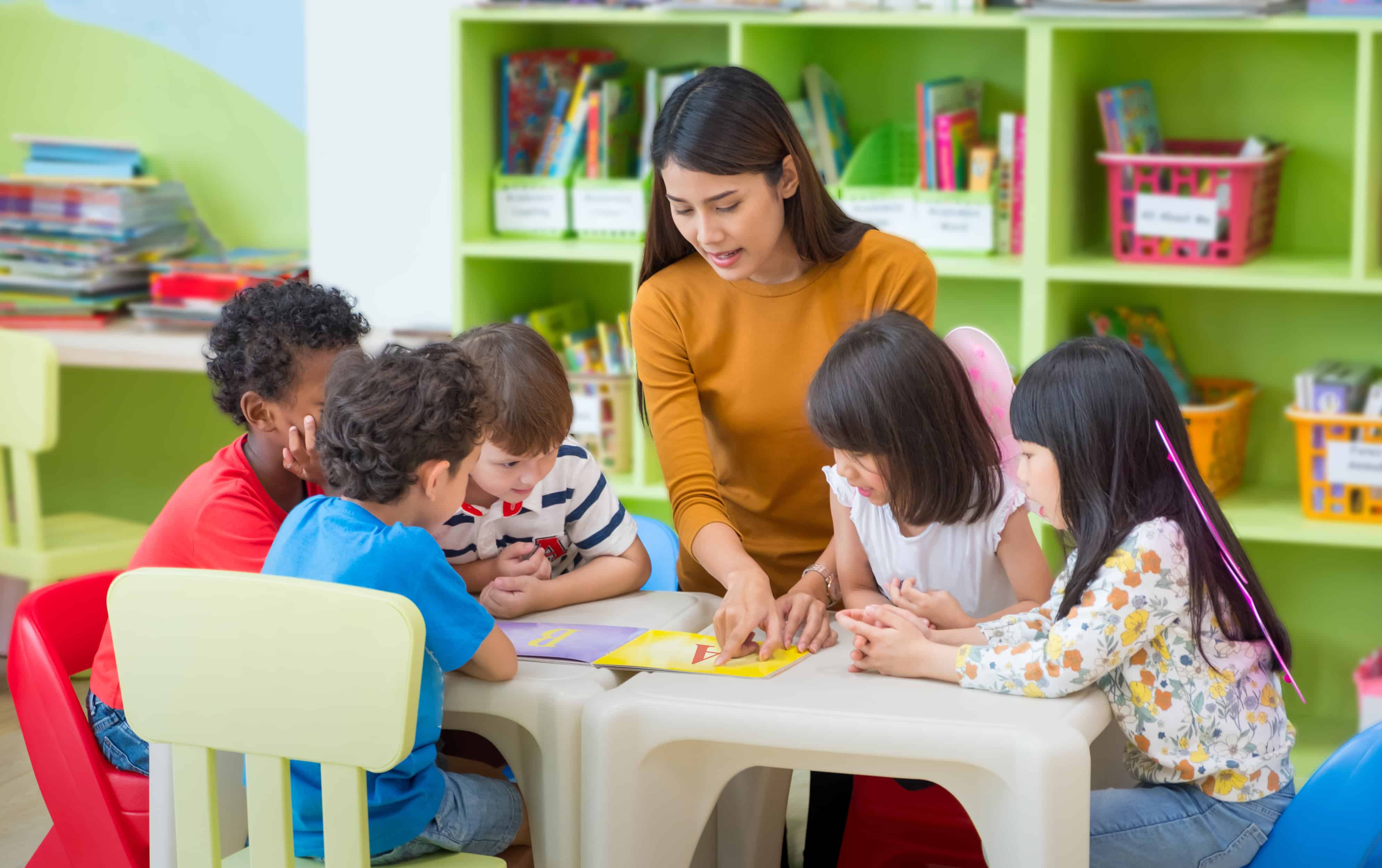 Amy Shearn isn’t alone. Many parents face problems with their childcare options because of cost, location, and a lack of information. When childcare is subpar, it is ultimately the children that suffer the most.

The Laws that Make Childcare Safe

In order to become a licensed childcare facility, service providers have to comply with a specific set of guidelines and pass inspections. In the United States, these guidelines vary from state to state. 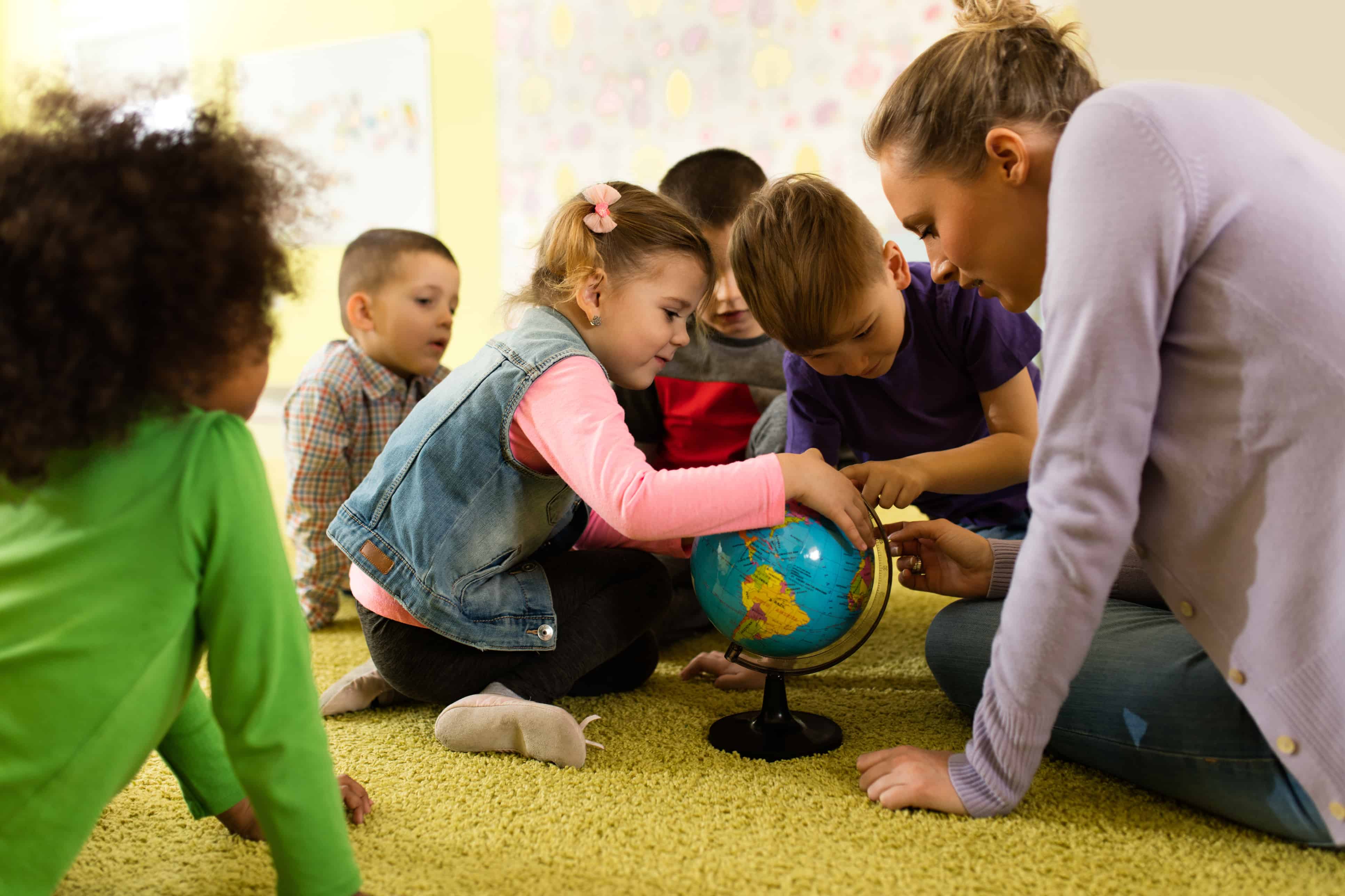 In Missouri, for instance, licensing laws are different based on the type of care center. In-home daycares don’t have to be licensed, according to Robin Phillips, the chief executive officer of Child Care Aware of Missouri, but if they want to become licensed they will have to comply with laws in place pertaining to environmental safety, teacher-to-child ratio, background checks, and more.

I really don't want to send my kid to a church daycare for religious reasons, but also because they exempt from licensing.

And some child care providers are completely exempt, such as religious providers of childcare, preschool programs that offer less than four hours of care each day, and anyone who is caring less than four non-related children in their home, according to the The Missouri Department of Health and Senior Services.

The Surprising Number of Daycare Violations

Daycare violations among licensed facilities are incredibly common, unfortunately. One 2013 news story detailed an alarming 144 number of violations in the St. Louis area alone. These violations were sometimes minor, but many were downright scary. One center, for instance, was facing a violation after a child was found walking down a street in the area. Another was reported when a child was kneed by a staff member. Many of the childcare violations were because the center didn’t have the correct number of staff members for the number of children in each class. 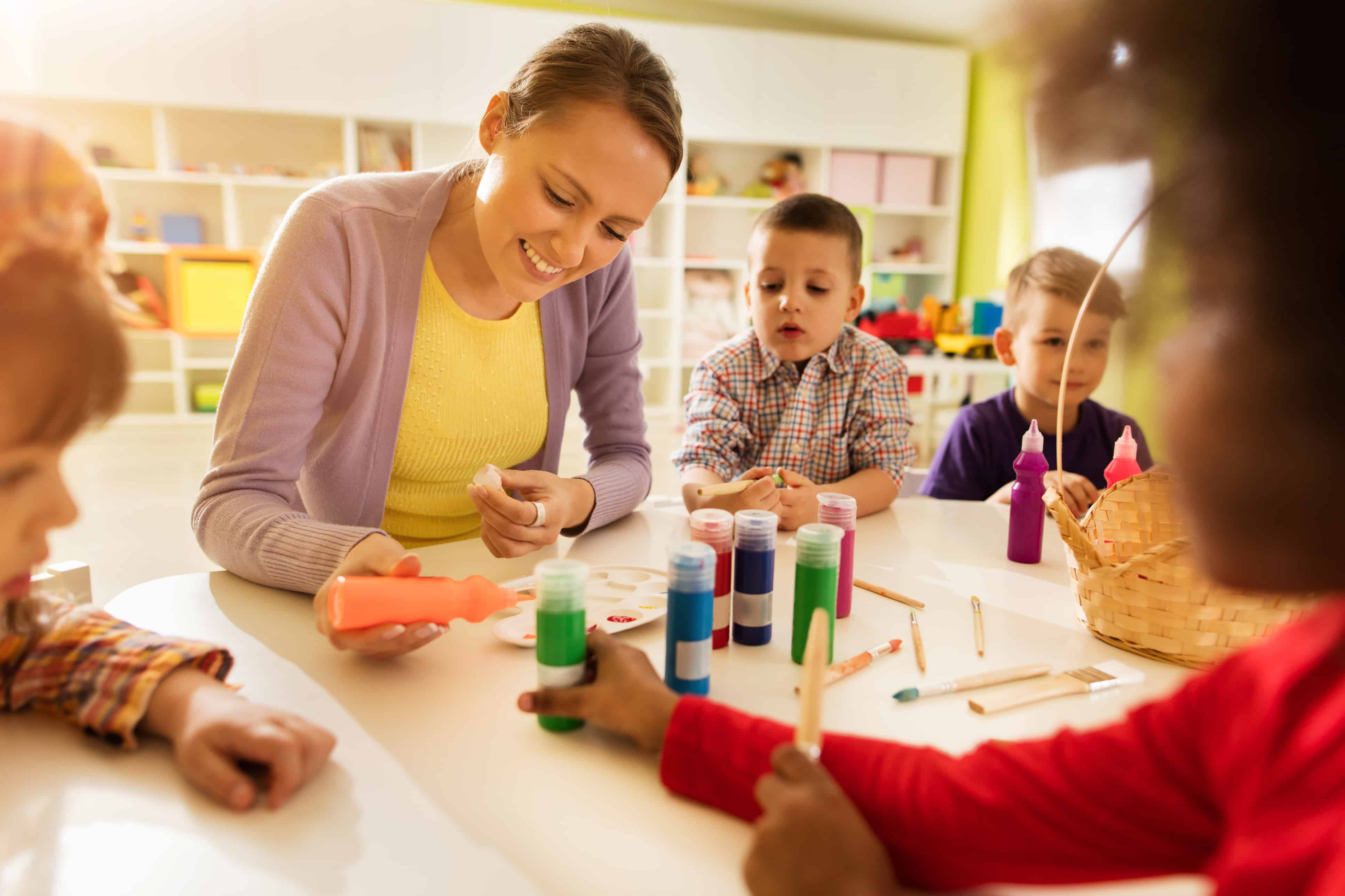 More recently, in December 2017, an Arizona daycare faced a $300 fine after three employees were charged with child abuse. The investigation happened after the three employees covered up a incident where a child was struck with a broom. A Houston area daycare was investigated in December as well when a child was found walking near the highway by police, according to KHUO. The child was said to have walked away while outside during recess, according to the story, and the child’s absence went unnoticed by the staff.

Exclusive video: small child found on side of 288 returned to nearby church daycare. Lady says he’s “one of ours.” Driver who spotted him says kid was crying. Working to confirm other details #khou11 pic.twitter.com/TMKGfkYe6N

Unfortunately, the list goes on and on. Enough searching reveals stories of children abused or losing their lives while under the watch of their care providers. It’s enough to make the very idea of dropping your child off at a daycare center scary.

There really is good news. Childcare violations are typically published for the public online in a state database. This means that parents can do their research on a childcare provider themselves, using the information they find online to make informed decisions about the childcare provider they chose. This information is provided by the start department responsible for child care licenses in each state, like the Department of Health and Senior Services in Missouri. 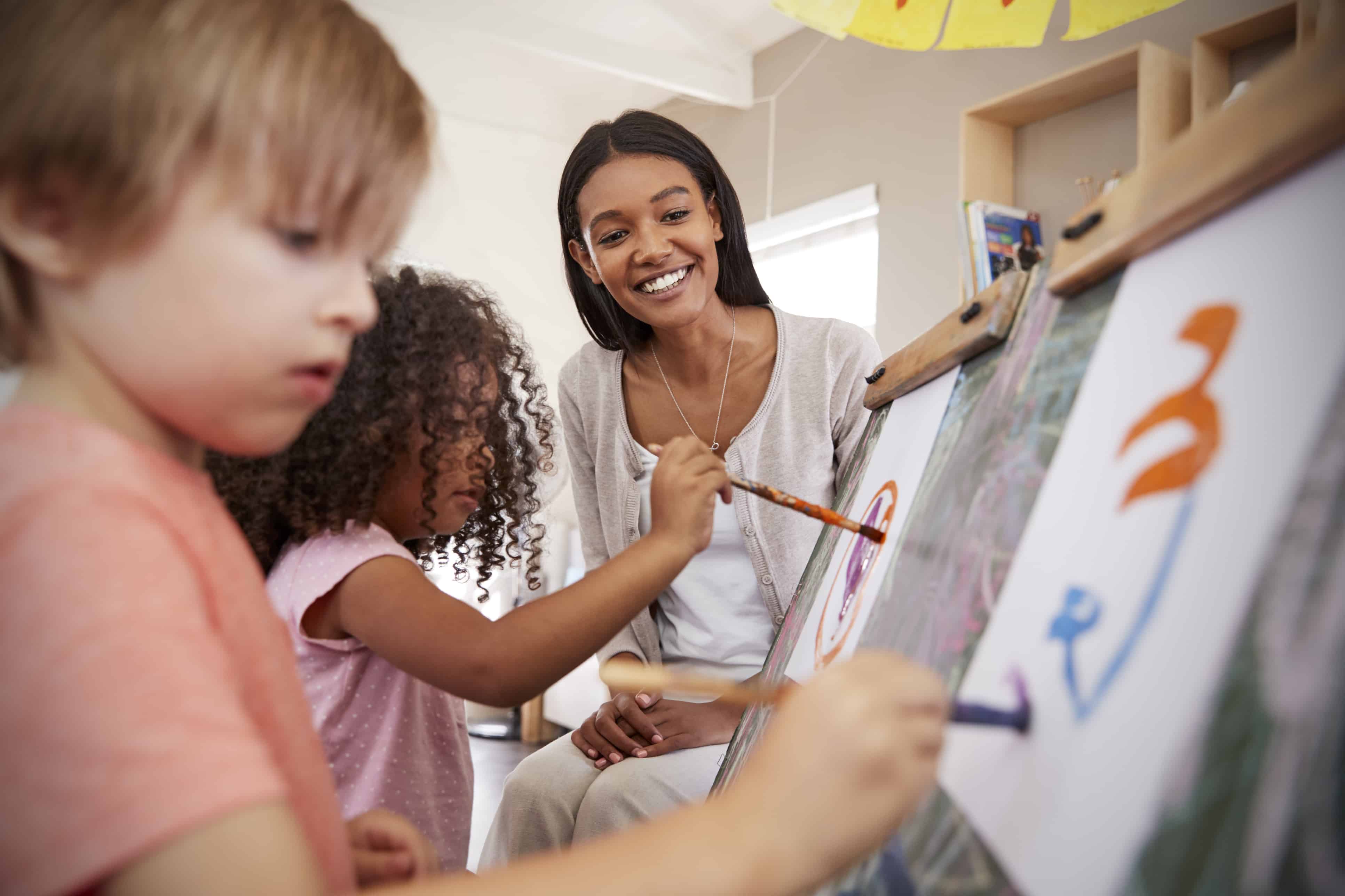 “It helps parents understand if they were cited for any reason,” Phillips explains. “There’s an array of things that are minor violations, and there are obviously some things that are more serious, and those things are tracked, and they’re public information.” It’s important to understand that unlicensed providers won’t appear on this database. When care providers are unlicensed, they don’t get visited by the department of child care regulations, according to Phillips. https://www.youtube.com/watch?v=fHp6NxyF24w In addition searching the databases available online, Phillips recommends that parents take the time to visit childcare providers they’re considering multiple times. Instead of relying on word-of-mouth alone, guardians should make both planned and random visits, paying attention the number of teachers in the room at any given time, how many kids are there, and what is going on in the daycare during any point of the day. For families who are uncertain of what type of questions to ask or what to look for in a center, Child Care Aware, which is available in several states, provides resources to parents to help guide them as the select a provider for the children in their care.

Why Unsafe Childcare is Commonplace

Unfortunately, in the United States, unsafe or low quality childcare options appear to commonplace. There are certainly excellent child care options in the State, but there are three big limitations that prevent parents and other family members from finding quality care for the child in their their care.

When you pay over 11 thousand dollars in daycare costs (out of pocket) and your whole income tax return isn't even a third of that… it makes you want to just give up, lock yourself in a closet, and cry. #notmytaxreturn 😭😭

First, and perhaps the most obvious, is cost. Like Shearn, many parents are trying to find a childcare provider they can afford and finding the costs of daycare astronomical. In 2016, the average cost of daycare style childcares was $211 each week, according to a survey by Care.com. The costs go up from there: Nannies cost over twice that much, and simply hiring an after-school sitter for 15 hours a week puts most parents back $232 a week. 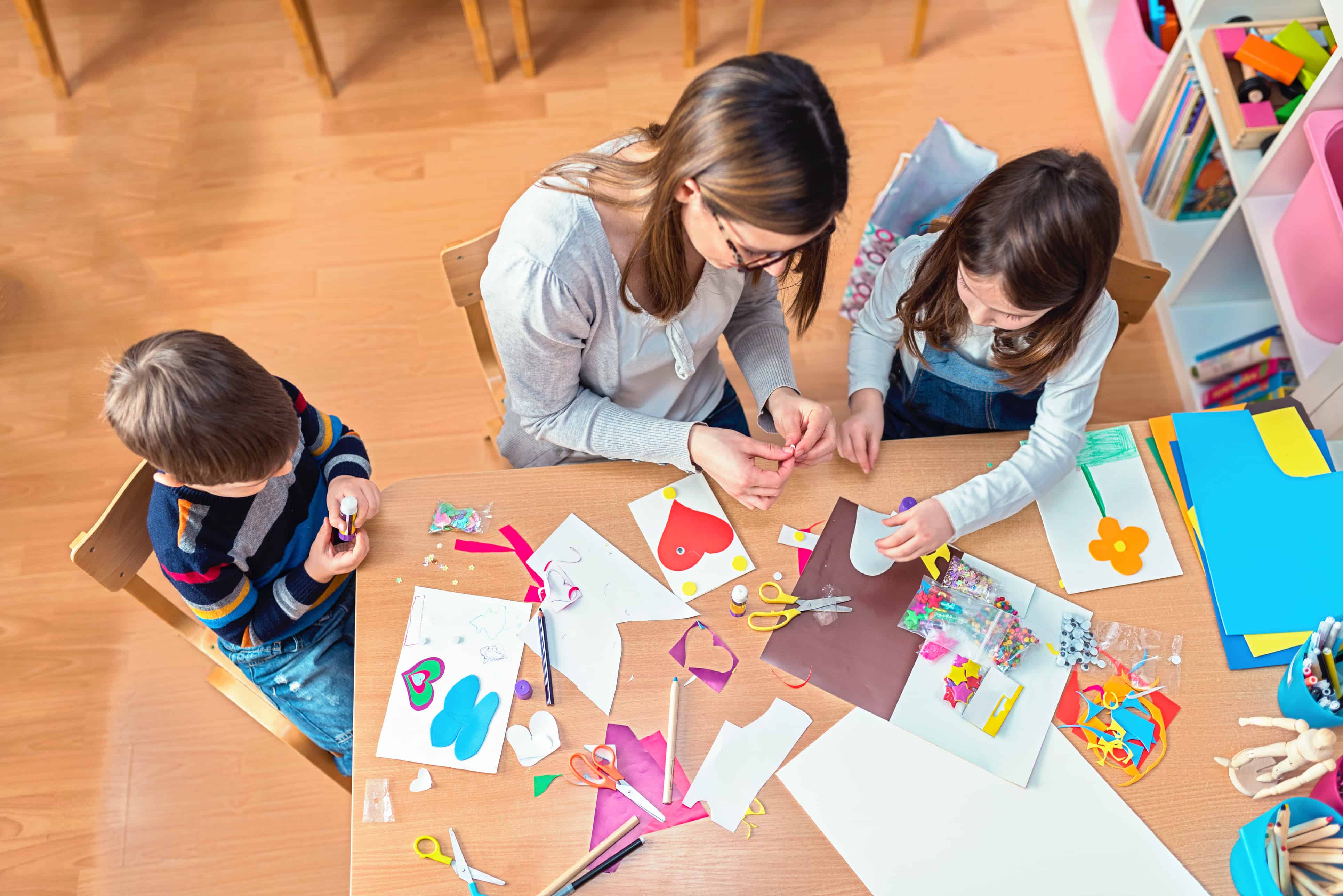 And for parents who qualify for assistance, the subsidies still aren’t enough, according to Phillips. Those making minimum wage are still struggling to pay for their reduced-rate childcare. Even if a family can afford childcare, the issue of availability is a problem in certain areas of the country. “There are challenges in more rural areas. This is a national issues, not just in Missouri,” explains Phillips. “There’s scarcity in what’s available, the supply, compared to … the number of working families with children under six that are in need of that service.”   Lastly, not all states have laws and regulations that are helpful to parents looking for care and the licensing regulations vary greatly from state to state. This may make information on daycare difficult to come by, especially if parents don’t know about resources like Child Care Aware or their state simply doesn’t have this kind of resource.

Many of the limitations mentioned above may appear to be individual, based on the circumstances of a specific family, like their income or where they live. The truth is the problems families face when looking for care for children is unquestionably linked to a bigger country-wide problem. 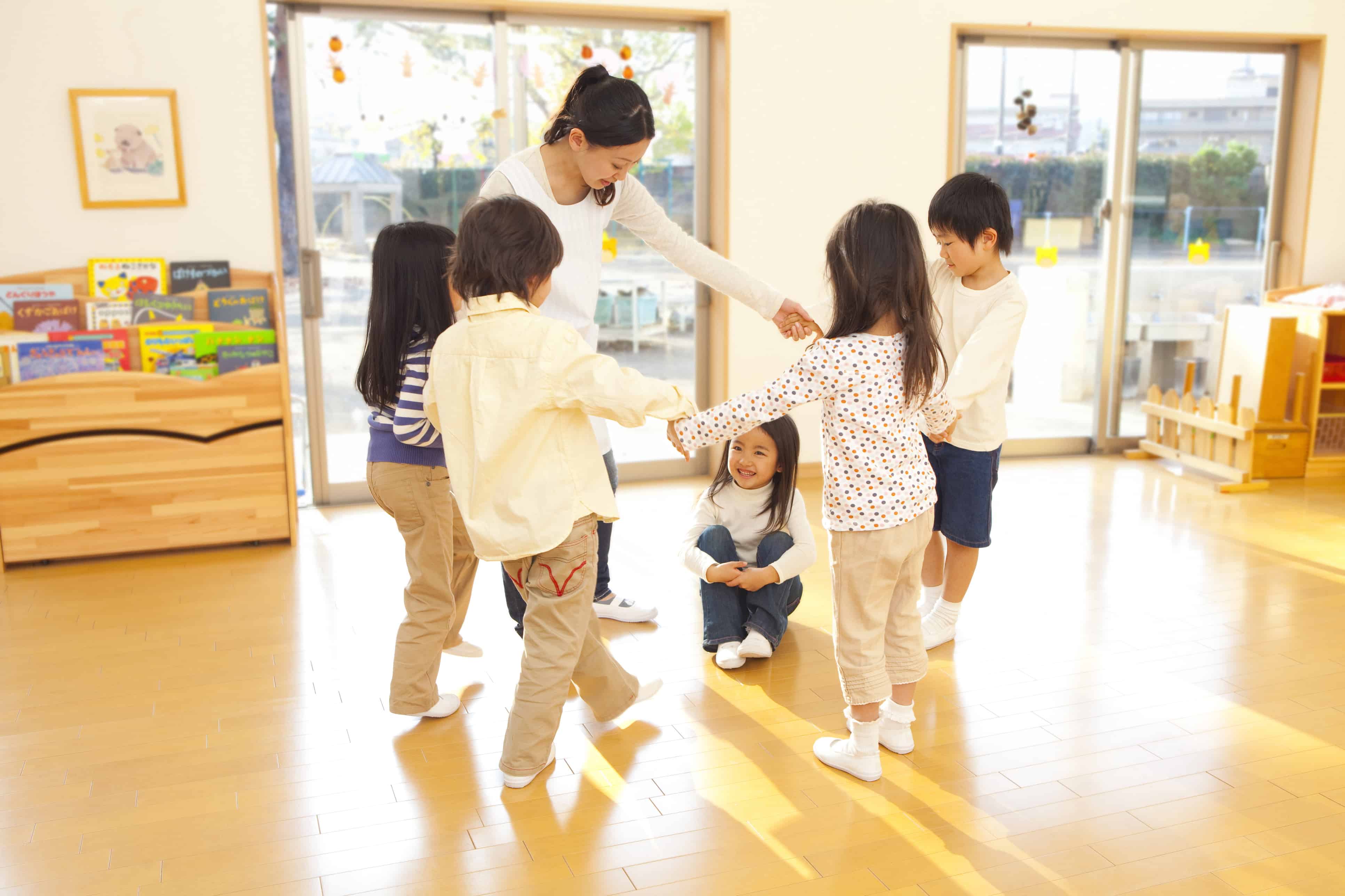 It’s easy to look at the extreme examples mentioned above—children wandering off or being abused in centers—and begin to believe that safety is the only matter at stake when selecting care for a child. There is a lot more at stake. Based on the availability of childcare and the limited resources that help parents pay for childcare, it doesn’t appear that the country as a whole is taking this seriously. It’s important to understand how pivotal the early years are for children, and the the conversation surrounding childcare have to go beyond “Are children safe?” and move to questions about what kind of effort is being put into their enrichment as a human being. 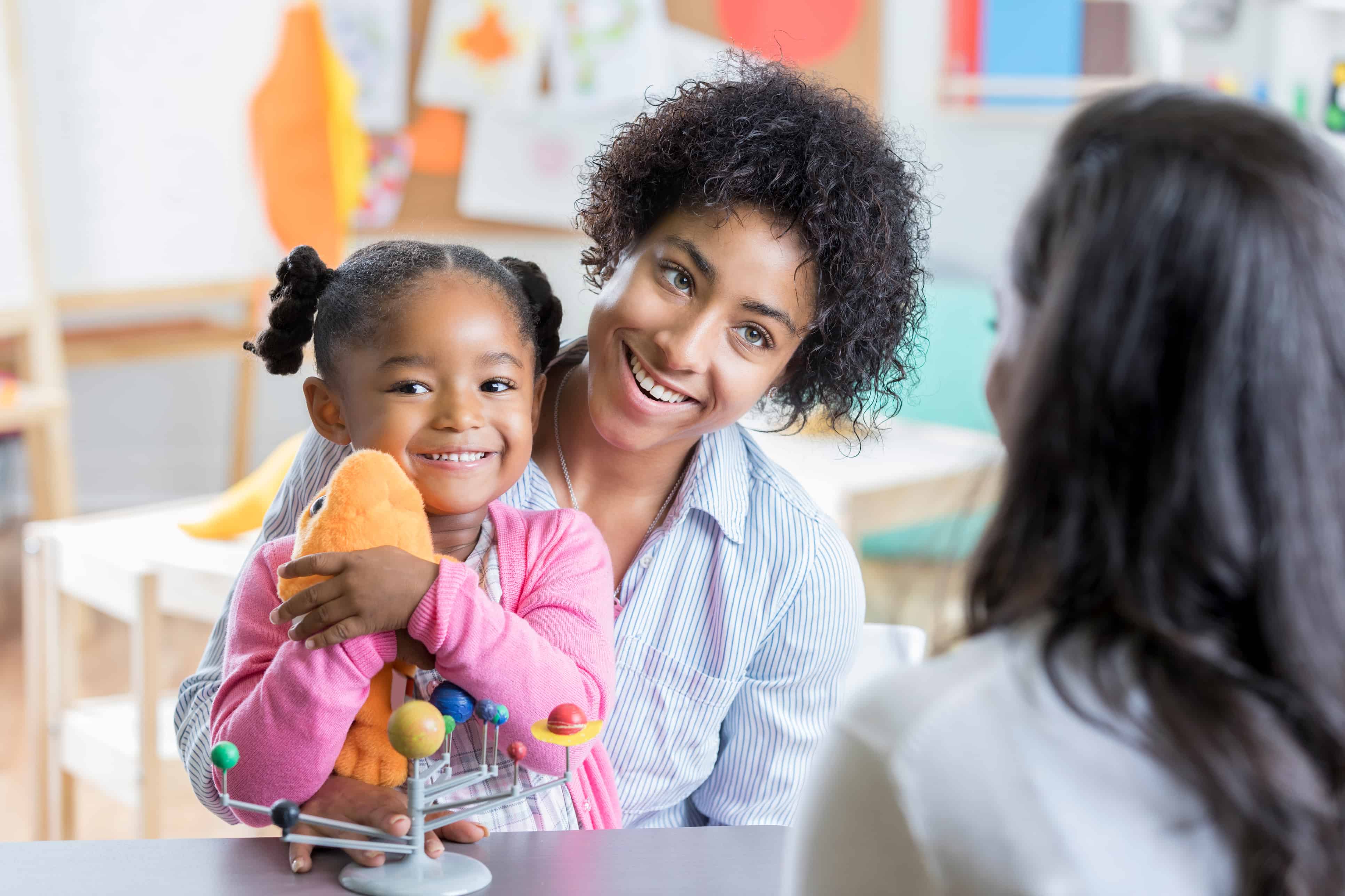 “When they don’t have access to those environments or the families struggles to pay for that, it usually falls on the backs of the child and their future,” says Phillips, adding that our country as a whole doesn’t place a high enough value on the earliest years of a child’s life.

Between my 2 kids, we spent over $100k in day care costs before they started (public) school. 😮

“By the time a child is five, the research out there will tell you that that child’s brain is 90 percent developed of an adult,” says Phillips, who strongly believes that children need access to so much more than safe care. A low stress environment that focuses on individual learning is what all children need to thrive as young children and as they grow into adolescents and adults.