Bizarre Parenting Traditions From Around The World

Cultural differences are always fascinating. And perhaps none are more interesting that the variety of childrearing practices found all over the globe. 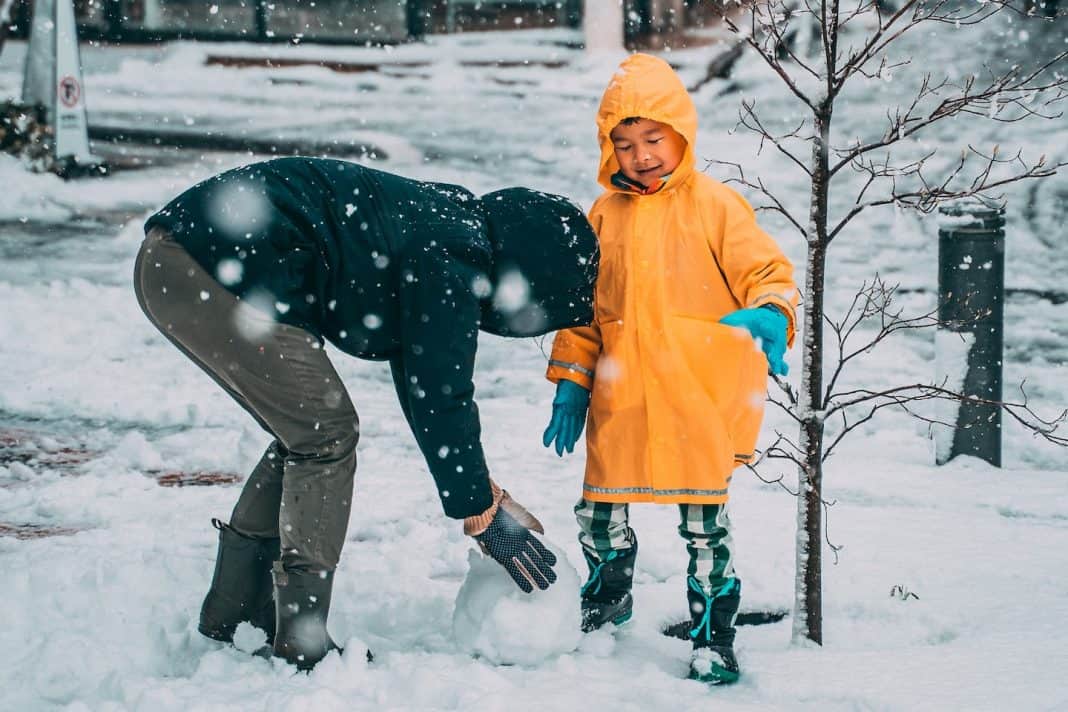 Americans can be a bit quirky and bizarre. We’ve washed our babies in lard, made sure not to breastfeed when we’re angry in fear of ending up with colicky babies, and given our 3-month-olds liver soup.

Some of these have made sense, others are just downright weird.

Think the U.S. has the corner on the market when it comes to strange childrearing practices? Check out these bizarre parenting trends going on in other countries!

This is probably as crazy as it gets! Every year for the past 700 years, babies up to the age of 2 months are tossed from the roof of a shrine to about 30 feet below. No worries, though!

They are safely caught and cradled (after one bounce) by “catchers” in a soft hammock. Legend has it that the tradition dates to when infant mortality was high and people were looking for any kind of hope. A saint advised the people whose children who were dying to show their faith in the Lord by trusting in him through this extreme ceremony.

The ritual became a tradition as an offering to a god who has the power to grant the child a long, healthy, and lucky life. Although the practice is now illegal under India’s children’s rights laws, some villages claim that no harm has ever come to a baby in the years that they have carried on the tradition and they continue to do so in private.

The birth of babies in Bali includes a number of very strange ceremonies. One of the oddest involves the baby’s placenta. Balinese parents believe that the placenta (or ari ari) has a life and spirit of its own and acts as the child’s guardian angel.

Because it’s got its own spirit, it must be buried. After the birth of a baby, the placenta is ritually put to rest in a special cemetery.

Another unusual Balinese ceremony involves newborns and the ground. In Bali, babies aren’t allowed to touch the floor until they are 3 months old. It’s believed that babies are pure, and any contact with the floor during the first three months of life will defile that purity.

Finally, at the 3-month mark, a ceremony is held by the family in which the baby sets foot on the unclean ground for the first time, and everyone celebrates the milestone.

In the Igbo tribe and Yoruba culture in Nigeria, a newborn is taken to the family’s ancestral house, where a relative (who is carefully chosen by the parents), chews up alligator pepper, spits it in their hand, and puts it in the baby’s mouth.

This ritual is considered a welcoming process for the baby and is thought to ensure that the child grows up to be as well spoken and articulate as the relative who blessed the baby.

Between the third and fourteenth day after a baby’s birth, the Sifudu (passing baby through smoke) ceremony is held. Leaves from a special tree are plucked and placed on top of a small fire in the middle of the hut.

The leaves, which have a strong aroma, burn and produce a good amount of smoke. The baby is held upside down and forced to inhale the smoke, which irritates their mouth, nose, and eyes.

The baby is then handed to their mother. She passes the child under one of her legs, then under the other. This ritual is to ensure that the baby will never be frightened, timid, or shy.

In Greece, evil spirits and bad luck are a big concern—so is the threat of the evil eye. According to Benjamin Radford of the American Folklore Society, “The evil eye is a human look believed to cause harm to someone or something else. The supernatural harm may come in the form of anything from a minor misfortune to disease, injury or even death.”

In Greek culture, babies are thought to be especially susceptible to the evil eye. In order to ward it off, it’s customary to spit at a baby three times. The spit is said to insult the baby and take it down a notch, so that any harm by the evil eye is unnecessary.

Speaking of bad luck, it’s also considered to be bad luck if a child doesn’t cry during its baptism. Parents hope before the baptism that a normally cheerful baby will suddenly turn grumpy and glum during the ritual and let out a good wail.

Godparents (who hold the baby during part of the baptismal ceremony) have more than once been known to give the child a gentle push to tears by administering a loving but firm pinch on the leg. The temporary pain is believed to be the cost of a lifetime of protection!

Some American couples save the top tier of their wedding cake for the celebration of their first year anniversary.

Irish couples have another plan and save it to bless their first child. At their child’s christening, the cake is served to guests and then some crumbs are sprinkled over the baby’s head for good luck.

Some Irish couple also save some of their wedding bubbly to pour on the baby’s head for even more good luck!

Having trouble potty training your children? Maybe you should try the Vietnamese way…using a whistle! Vietnamese parents discern early on the elimination habits of their children and whistle every time their child needs to “go.”

When the baby fusses and gives an indication that they need to go to the bathroom, the parents hold them over the toilet while they whistle.

By 9 months of age, most of these children are potty trained—almost a year faster than most children in the West.

In hot and humid countries like Guatemala, Mayan women bathe their babies in freezing water to fight the heat.

The icy water is believed to calm and sooth heat rashes and help babies sleep.

Although some children scream during the ritual, the moms don’t mind—they say that it really does cure heat rashes.

This culture believes that eye contact bestows a lot of power on the one being looked at, and power is not something these parents want to give their children. Interestingly, researchers have found that Kisii kids exhibit less attention-seeking behavior than Western or other children.

The Wolof people of Mauritania have a super special ritual that involves spitting on a baby’s face. They believe that human saliva can retain words and affect the development of children.

When a baby is born, women spit on a baby’s face and men spit in the baby’s ear for good luck. They then rub the saliva all over the baby’s head so that the blessings “stick.”