When looking for beauty tips, why go to anyone but the best? These skin care hacks might be 2,000 years old, but they worked for Cleopatra. 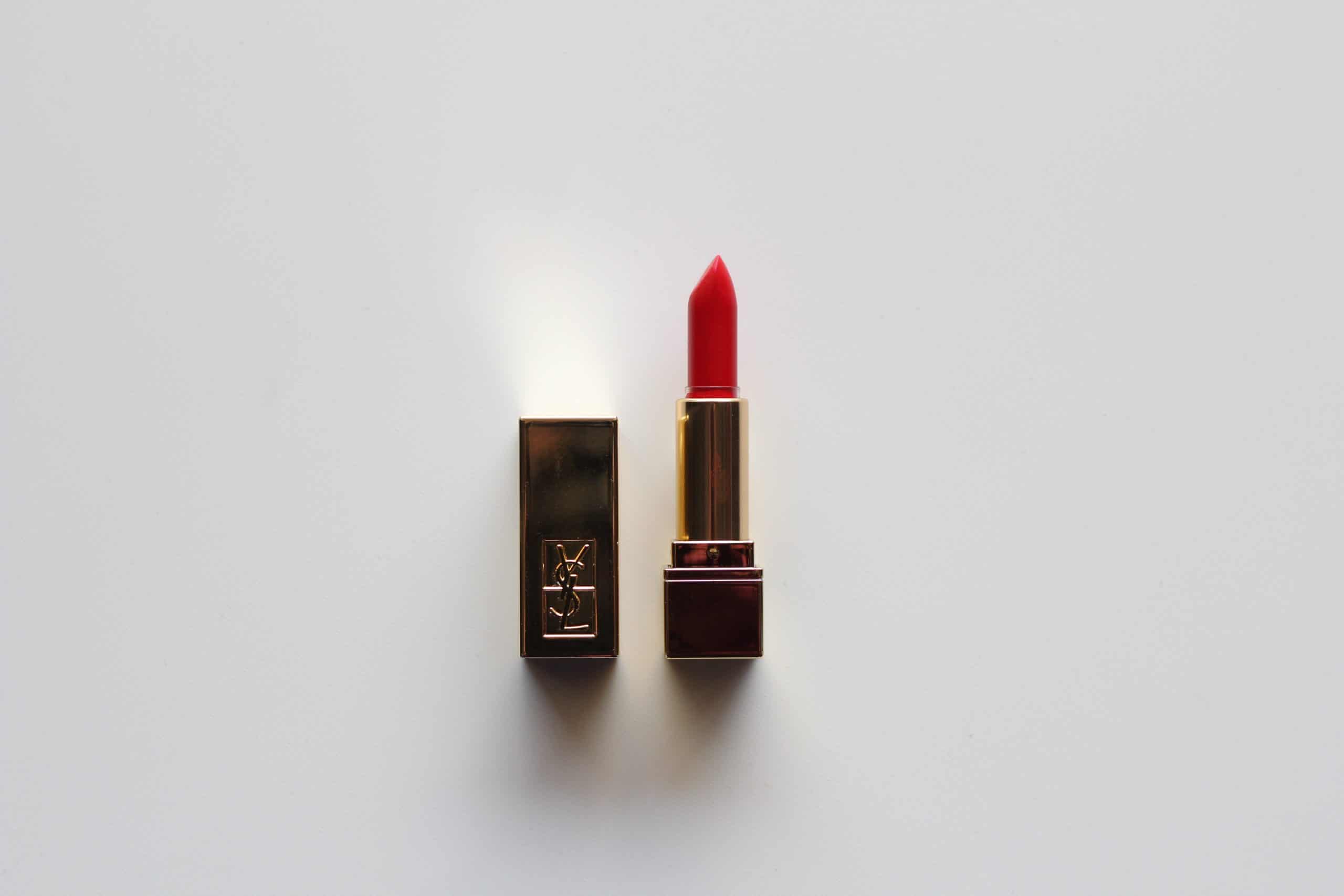 Cleopatra VII Thea Philopator, “The Father-Loving Goddess,” queen of Egypt, beloved of emperors, leader of armies, muse of Shakespeare and Elizabeth Taylor, lived near the banks of the Mediterranean Sea more than 2,000 years ago. She warred with her princeling brother for Egypt’s throne and won with an assist from a few Roman legions, courtesy of a boyfriend named Caesar. After two decades of absolute power, Cleopatra took her own life for love—or so the story goes. Plus, she was beautiful. Like, historically beautiful. Who better to turn to for beauty secrets than the woman who captured the hearts of Julius Caesar and Marc Antony? Cleopatra probably took some beauty secrets with her to the as-yet-undiscovered grave, but we do know this: She was a woman of her time. Egyptians of the 1st century B.C. were as obsessed with skincare and cosmetics as any contemporary Kardashian. They had it all: perfumes, cleansers, ointments for zits and wrinkles, fingernail polish, and, of course, eyeliner. You know that winged eyeliner trick that’s so hard to get right in real life? The ancient Egyptians invented that look.

Fun Fact: Elizabeth Taylor liked being in charge of her own hair/makeup, also learning to do her "Cleopatra" makeup- on her own! 🖤💄 pic.twitter.com/OCuQ4gmPAs

But not everything in Cleopatra’s makeup kit would work for us these days. Styles change by the season, and we’re talking about millennia—plural. Today, we investigate the ways Cleopatra kept her skin in emperor-tempting, kingdom-ruling shape:

Cleopatra couldn’t take a selfie, but she did have legions of artisans to paint her image on frescoes and sculpt it in bas relief. Look at any example of ancient Egyptian portraiture and you’re bound to notice something about the eyes. They look like Sophia Loren. They look like Amy Winehouse—men, women, and gods alike. The ancient Egyptians perfected the art of winged eyeliner. But lacking Maybelline, what did they use to create the perfect cat’s eye? Powdered galena, wrote historian Lionel Casson in Everyday Life in Ancient Egypt. They’d grind up the lead-based metal and mix it with fats or oils or resins to create a thick, dark goo that functioned as eyeliner and mascara in one. It’s called kohl. Historians are starting to think kohl was good for more than beauty, too. Researchers found that lead sulfites in the cosmetic spur a natural immune response, according to Discover magazine. Cleopatra’s eyeliner wasn’t just makeup. It was an antibiotic. That’d be pretty attractive to the people of the Nile River Valley, who were prone to bacterial eye infections with the annual floods. If you’re thinking of digging up some lead and grinding your own kohl, though, think again. You’re better off with something from the cosmetics aisle. “Lead is most dangerous to growing children because it can cause severe anemia,” points out Tanya Kormeili, MD, a board-certified dermatologist in Santa Monica. “I would not recommend having anything with high lead around if you have kids. Otherwise, it is unclear how much it would absorb through the skin, but high levels of heavy metals (especially mercury) are proven to be toxic to all humans.” The U.S. Food and Drug Administration agrees. In some parts of North Africa and Central Asia, people still make kohl the old-fashioned way. It occasionally gets into the U.S. market under a variety of names: kohl, tiro, surma, kajal, kwalli. The FDA headline on the subject offers a stern warning: “By Any Name, Beware of Lead Poisoning.” The FDA is serious about the threat. They set an import alert for products that use the terms kohl, kajal, or surma on their labels. This is one ancient cosmetic that belongs in the past. If you’re prone to eye infections, there are antibiotic drops for that. Modernity does get some things right—leave this one buried.

2. From Cleopatra to Cara Delevingne

The recent move toward a full-eyebrowed look would have been familiar to Egypt’s most famous queen. Women of Cleopatra’s time filled out their brows with charred almonds, per Marie Claire. This little trick isn’t relegated to years that end in B.C., either. https://www.instagram.com/p/BZmX_0Ql4eT/?taken-by=caradelevingne “My late grandmother used various nuts for makeup!” Kormeili tells HealthyWay. “The key is to slightly charcoalize the nut over a flame until it is black. The black ‘ink’ is a natural product used for eyeliner and pencil. It is natural and organic.” But what if Cleopatra wanted a little more color? That’s when she’d touch up her brows with powdered malachite, a copper ore with a green tint, wrote Casson. Cosmetics manufacturers use copper powder in their products to this day, according to CosmeticsInfo.org. You could be putting on your face like Cleopatra already!

3. A Soak of Milk and Honey

“Age cannot wither her,” Shakespeare wrote of Cleopatra. Today’s dermatologists might have figured out the secret of the queen’s famed agelessness. “Cleopatra’s famed baths in the milk from [donkeys] is well known,” says dermatologist Sonam Yadov, MBBS. “The scientific basis is still in use today: The lactic acid in sour milk is an exfoliating and skin-brightening agent. Thus, her milk baths were just an ancient and effective ‘chemical peel.’ Today, we use the same lactic acid, just in more purified and concentrated forms in our offices.” The “Father-Loving Goddess” might have mixed honey into her milk baths, according to popular legend (and about a thousand beauty blogs). That makes sense to Kormeili. She touts the skincare properties of milk and honey both. “It is interesting that thousands of years later we are doing this and getting great results,” the dermatologist tells HealthyWay. “There are new studies to suggest that honey has both antibacterial and wound-healing properties. As such, I am using it on my surgery patients post-op! As for the milk baths, we [use] lactic acid in a variety of skin peels and products for exfoliation and skin brightening.”

Milk Baths are just like regular baths, only with an addition of milk and often other scents such as lavender, honey, and essential oils.

Kormeili should know. She’s on the forefront of the dermatological use of lactic acid, an organic compound that comes from soured milk. “I am currently working on an office procedure that would involve using lactic acid with a variety of other natural acids for skin brightening and melasma,” she says. “None of my patients would want to soak in a tub of milk. It is easier to get it at my office!”

4. Lipstick from the Pharaoh’s Tomb

Today, you can head to the nearest Walgreens and find lipsticks in every shade from “dusty lilac” to “warm tangerine.” Cleopatra’s lip coloring of choice would be right at home on that shelf. It’d be called “red ochre.”

Iron oxide gives powdered red ochre a rich crimson flush. Ancient cosmetologists would mix this pigment with grease or tallow to make a bright, kissable paste that Marc Antony’s wife back in Rome probably discovered on his shirt collar (if ancient Romans had shirt collars). Oh, and Cleopatra’s people also invented a surprisingly familiar beauty hack. “Use your lipstick as blush,” the makeup bloggers say. “It’ll look great!” Whether you’ve been able to pull that trick off or always end up looking like Raggedy Ann instead, Cleopatra got there first. She didn’t just use red ochre on her lips, reported Marie Claire. She also rubbed it into her cheeks for a bit of definition.

5. The Mani-Pedi of the Gods

No modern woman would neglect her nails. Neither would an ancient queen. Women today don polish, shellac, gel, acrylic; women of Cleopatra’s time tinted their fingernails and toenails with henna, giving them a gorgeous scarlet glow, wrote Casson. It might not have been a gel manicure with intricate design work, but it did the trick. Even better, henna is generally safe for adults when used topically, as in cosmetics, according to WebMD. At least the women of ancient Egypt could tint their nails without ingesting paint-chip quantities of lead. https://www.youtube.com/watch?v=3YG5OWGDRvI Want to try this yourself? Go ahead! There are lots of great YouTube tutorials to get you started. We’re fans of the one above.

The Cosmology of Cosmetology

If Cleopatra were to march out of a pyramid and into the modern world, we doubt she’d be surprised by today’s makeup counter. While specific styles grow and evolve and devolve and come back before disappearing again, everyone wants to look good—preferably good enough to catch the eye, if not the heart, of the most powerful ruler on the planet. “I think the lesson is that human bodies have not changed that much,” says Kormeili. “Neither has our desire for beauty and health!”

That’s not all we’ve borrowed from history, either. You can’t always get the look you desire with YouTube tutorials and Sephora catalogs. Even ancient Egyptians had their beauty experts, although they tended to double as physicians. “I would recommend patients seek expert help if they are trying to improve things,” says Kormeili. “In the Egyptian times, there were ‘natural healers’ and ‘medicine men’ who would come up with the treatments. The average person did not ‘google’ ideas and do trial and error. The mistakes with skin can be so expensive to fix.” That’s wisdom for the ages.