Are The Benefits Of Ashwagandha Real? Here’s What We Learned

Ashwagandha is one of the most popular adaptogenic plants, but are the benefits of ashwagandha legitimate? 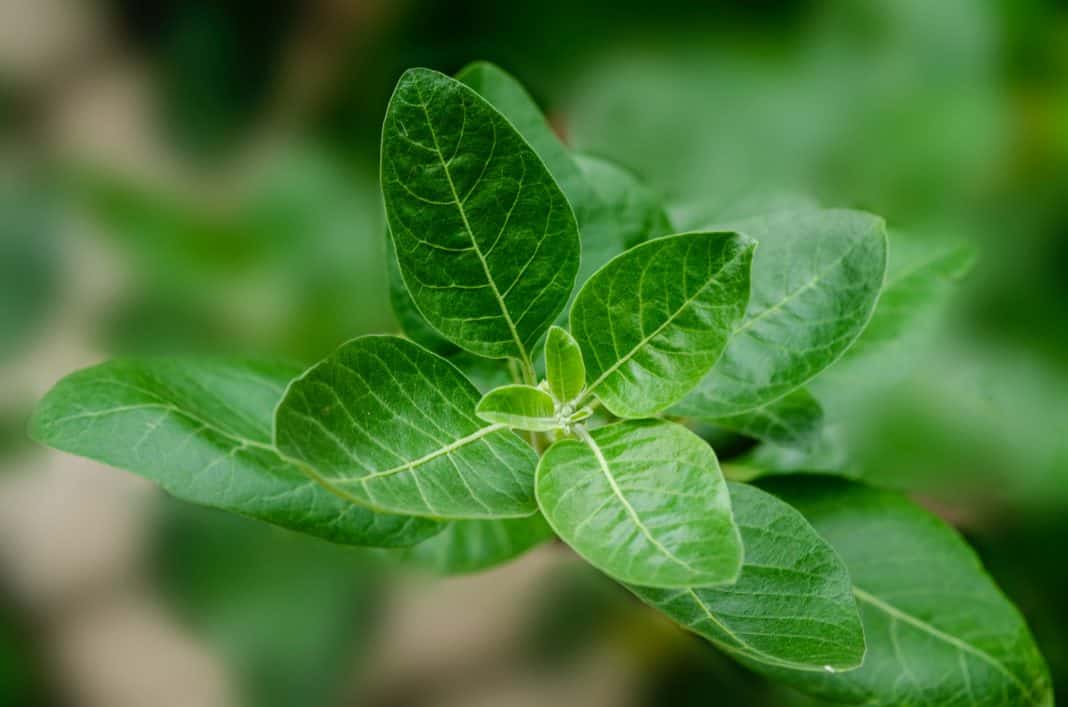 Also known as winter cherry and Indian ginseng, ashwagandha (Withania somnifera) has recently gained a lot of popularity. There are a number of scientifically-proven benefits of ashwagandha—and the time-tested remedy could potentially have dozens of uses. Ashwagandha is an adaptogen, which is a type of herb that helps one’s body adapt to stress. According to Erin Stokes, ND and Medical Director at MegaFood, adaptogens have been used for thousands of years in the traditional Indian system of medicine known as Ayurveda. “Ayurveda, a Sanskrit word, literally means the ‘science of life’,” Stokes says. “The highly developed traditional system of medicine is centered around establishing balance in different systems of the body.” While ashwagandha isn’t new, it’s becoming increasingly popular in wellness communities. Ashwagandha isn’t the only kind of adaptogen that exists, but it’s one of the most widely-used and well-researched of all, Stokes says. The root, leaf, and fruit of the plant are used for medicine. Adaptogens reportedly work by targeting our cortisol levels. When we’re stressed, our bodies go into fight-or-flight mode, which increases the production of a stress hormone called cortisol. It’s normal and healthy to experience stress once in a while, but chronic stress leads to chronically high levels of cortisol. This has a damaging effect on our physical and mental health. Because stress can affect the entire body, it follows logically that an herb that regulates our stress levels can have a broad range of positive health benefits.

What are the health benefits of ashwagandha?

“Ashwagandha is one of the most versatile of the adaptogenic botanicals because it is uniquely suited to benefit many people,” Stokes explains. “Plants each have their unique qualities, just like the people who take them.” Alissia Zenhausern, NMD, a naturopathic physician at NMD Wellness of Scottsdale, says that ashwagandha is one of her favorite herbs because of its numerous benefits. “As ashwagandha is one of the most researched herbs, it definitely has a lot of research supporting its benefits, and clinically I have definitely seen its power,” she says. Here are a few of the possible health benefits of ashwagandha.

As mentioned earlier, ashwagandha is primarily considered an adaptogen—meaning it helps the body adapt to cope with stress and anxiety. One study suggests that the anti-anxiety effects of ashwagandha are comparable to that of lorazepam (Ativan), a common prescription anti-anxiety medication. This same study also found that ashwagandha may have antidepressant effects, too. Further studies done in 2000, 2009, and 2012 all suggest ashwagandha can reduce anxiety in people with anxiety disorders. Zenhausern notes that although ashwagandha is great for stress, it’s more appropriate for treating long-term or chronic stress. “The reason this herb is not good for short-term stress is because it takes at least one to two months of continual use to notice improvement in stress management and anxiety. Although long, this is totally worth the wait,” she says.

“Ashwagandha is one of the most versatile of the adaptogenic botanicals because it is uniquely suited to benefit many people.”

Since ashwagandha can be such a powerful anti-anxiety herb, it makes sense that it can also improve your sleep quality—especially if anxiety is keeping you from getting some shut-eye. “Ashwagandha can also help promote restful sleep when taken over time,” Stokes says. “In fact, the genus name somnifera—Withania somnifera—means ‘sleep inducer’ in Latin.” Indeed, studies have shown that regularly taking ashwagandha can improve sleep quality, since an active component of ashwagandha can induce sleep.

Ashwagandha has potential cancer-fighting effects, but more studies are needed to confirm this. Multiple trials done on animals suggest ashwagandha can help fight cancer—specifically, it has been shown to reduce the spread of lung, breast, ovarian and colon cancer—by causing adaptosis, the death of cancer cells, and by preventing the spread of cancer to new cells. Unfortunately, there aren’t enough human trials to confirm whether ashwagandha could have a cancer-fighting effect in humans, too. Hopefully, future studies will help us harness the anti-tumor properties of this incredible herb. Some trials, though, have suggested that ashwagandha can improve the quality of life of cancer patients, specifically through reducing chemotherapy-induced fatigue.

Ashwagandha is Sanskrit for “strength of the stallion,” Zenhausern says, and it’s traditionally been used to improve one’s strength. A few studies have suggested that the herb does indeed improve one’s ability to gain muscle. One study indicated that ashwagandha can significantly improve one’s physical performance and endurance during physical activity.

Inflammation is an immune response that helps the body protect itself from “attacks” such as infections, sores, and some bacteria. In itself, inflammation is not always a bad thing. For those who have autoimmune disorders, however, inflammation often gets a little out-of-hand. The science suggests that ashwagandha has anti-inflammatory properties and supports the immune system. Zenhausern notes that, in traditional Ayurvedic medicine, ashwagandha was often given to people recovering from illness to support their immune system. Because of its anti-inflammatory properties, ashwagandha could be a potentially useful treatment for rheumatoid arthritis, an autoimmune disorder.

“The herb has even been shown to help with low libido and infertility in both males and females,” Zenhausern says. Indeed, human studies have shown that ashwagandha increases testosterone levels and sperm quality in men. A 2009 study showed that ashwagandha can improve the semen quality in stress-related male infertility. In this study, the subjects underwent treatment for three months where they were given a high dose of ashwagandha every day. After this three-month treatment, 14 percent of the subjects’ partners became pregnant. That said, the reproductive effects of ashwagandha aren’t totally understood, as it surprisingly had spermicidal effects in some animal models.

Ashwagandha is considered a rejuvenating plant, and it’s believed to help improve cognitive function. It’s one of the Ayurvedic medicines that have traditionally been used to prevent dementia and improve memory. A few studies have suggested that ashwagandha can improve brain function and memory. Additionally, ashwagandha might prevent or reduce the acceleration of neurodegenerative diseases like Alzheimer’s disease. Although the plant is well-studied, further studies are needed before we understand all the benefits of ashwagandha. If you’re curious about whether ashwagandha can help you specifically, it’s best to speak to a trained healthcare professional who has knowledge of Ayurveda.

How does one use ashwagandha properly?

Ashwagandha is available in a range of different forms, including teas, powders, capsules, and tablets, Stokes notes. Zenhausern highly recommends taking the root powder form of ashwagandha, but make sure you’re buying it from a reputable source. “It is important to make sure the supplement is standardized for human consumption,” she says. The active part of the herb is called the withanolides, and Zenhausern recommends ensuring the withanolides content in the ashwagandha is in the range of 1 to 10 percent before buying it. Only buy ashwagandha if the supplier clearly marks the withanolides content, she advises. “The reason it is important to make sure the withanolide content is between 1 to 10 percent is because the higher the withanolide content, the stronger the supplement’s effect will be,” Zenhausern explains. Thus, the withanolides content will determine the dosage of ashwagandha. Ashwagandha powder does not taste great, unfortunately. While you can mix it up with a little water and drink it, it has a very unpleasant, chalky taste. An alternative is to add ashwagandha powder to a smoothie so that the other ingredients mask the taste. As always, it’s best to check in with a healthcare practitioner before using any herb or supplement. Not only can they ensure its safety, but they can also advise you on what dosage to take. “Always consult with your doctor before starting a new supplement,” Zenhausern advises. “The typical dose I recommend starting with is 300 to 500 mg of ashwagandha per day. You can slowly increase for a max dose of 1,500 mg per day.” Of course, the ideal dosage of ashwagandha will vary from person to person, depending on your personal biology and the health benefit you hope to gain from taking the supplement.

There are many benefits of ashwagandha, but is it safe to use? Who should steer clear of it?

Studies have shown that ashwagandha is safe to consume, but both Stokes and Zenhausern agree that it shouldn’t be taken by children or pregnant people. “Ashwagandha should never be used in pregnancy, as it contains abortive properties that can lead to miscarriage,” Zenhausern explains. There aren’t enough studies to show definitely if ashwagandha is safe for children to consume, so it’s best to err on the side of caution and avoid giving the herb to kids.

“As ashwagandha is one of the most researched herbs, it definitely has a lot of research supporting its benefits, and clinically I have definitely seen its power.”

—Alissia Zenhausern, NMD
Ashwagandha might interact with other medication, so it’s important to be cautious if you’re on certain medications. WebMD notes that ashwagandha might interact with immunosuppressants, sedatives like benzodiazepine and central nervous system depressants, and thyroid medication. If you’re concerned about this, speak directly to a healthcare practitioner. As mentioned earlier, it’s important to get your ashwagandha from a reputable source. Although ashwagandha itself isn’t inherently harmful to adults, it’s important to remember that the FDA doesn’t regulate supplements the same way prescription medications are regulated. In 2008, the National Center for Complementary and Integrative Health funded a study that involved testing Ayurvedic supplements. Out of the 193 supplements examined, 21 percent contained toxic substances like lead, mercury, and arsenic. This is why it’s important to check in with your healthcare practitioner whenever you use a supplement, even if it’s herbal and relatively safe, like ashwagandha. The best way to enjoy the benefits of ashwagandha is under the advice of a trained professional who can help you determine the best dosage and source of the herb.