What Are Adaptogens? Here’s What An MD And A Board-Certified Nutrition Specialist Have To Say

Adaptogens have a long history of being used for their anti-stress properties. But what are adaptogens, what kinds of adaptogens are out there, and how can you use them safely? 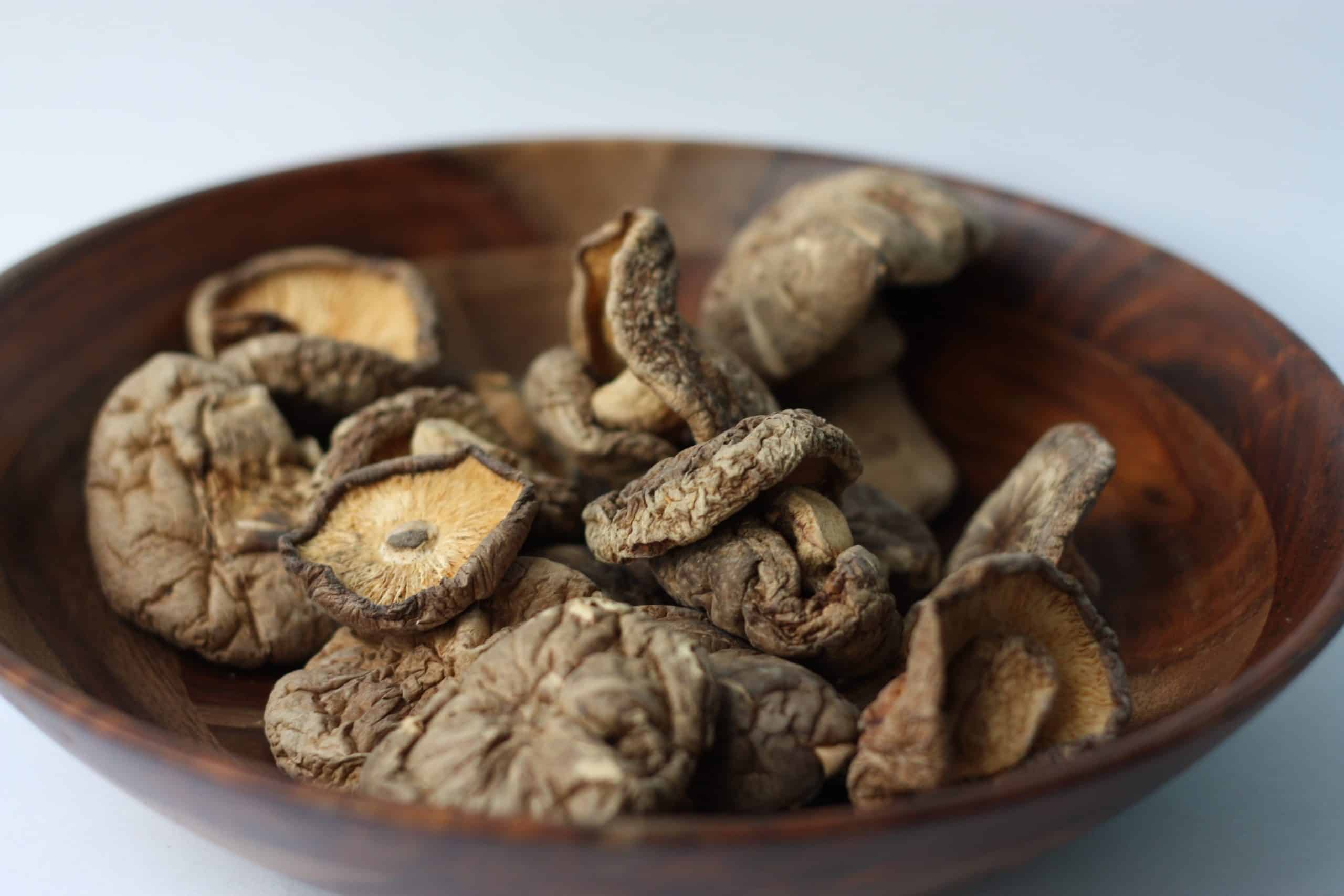 As a tea lover, I frequent health stores often, looking for new and delicious flavors. Recently, when I bought a box of rose tea, the cashier told me the tea contains adaptogens. Adaptogens? I thought. What are adaptogens? Being a fairly skeptical person, I suspected it was just another meaningless buzzword that was created to market health foods. But when I began my research, I found out that adaptogens have been used for their anti-stress properties in traditional Ayurvedic medicine for centuries. While more studies on adaptogens are needed, the existing evidence on their chemical properties is very encouraging. Here’s what you need to know about using adaptogens.

Adaptogens is a term used to refer to plants that have an anti-stress affect on the body. They affect the central nervous system, and can have either a stimulating or a relaxing effect. “Adaptogens are typically herbs or other plants that help the body handle stress. They act on the body’s production of the stress hormone, cortisol,” explains Sunny Brigham, MS, CNS, a board-certified clinical and integrative nutrition specialist. Brigham uses adaptogens with clients who experience anxiety and stress-related fatigue, as well as stress-induced irritable bowel syndrome (IBS). While adaptogens are definitely trending at the moment, they’ve been used for a very long time in traditional Ayurvedic medicine. The first modern scientific trials on adaptogens were conducted during World War II in the Soviet Union, where researchers focused on whether adaptogens could help increase the stamina of military personnel. Over the next few decades, adaptogens became widely used by the USSR, where they played a part in the space exploration program, the Olympic games, and the Arctic and Antarctic expeditions. Since then, adaptogens have become popular in the West, too, especially among natural healthcare practitioners.

What types of adaptogens are there?

There are many different adaptogens out there, and while all of them are associated with soothing stress, they all have their own particular benefits and drawbacks. Fortunately, most of them are safe—but it’s still important that you speak to a qualified healthcare provider before you take them. Even though adaptogens can be bought without a prescription, they can interfere with the medications you’re currently taking, Brigham points out. “Adaptogens are fairly safe but some [like rhodiola and ginseng] can be stimulating and should not be taken in the evening.” She goes on to say, “Others can interact with medications, such as ginseng. It’s important that individuals investigate their medication interactions before taking any herbal supplements.”

Here’s a brief guide to different types of adaptogens:

Ashwagandha, also known as Withania somnifera, is probably one of the more well-known and well-studied adaptogens. “Ashwagandha is best used for minor nervousness or anxiety related to increased stress. It may also be helpful with increasing concentration levels and boosting the immune system,” Brigham says. “Ashwagandha should not be used in pregnant or lactating women as it can have a mild sedative effect.” A review of human trials shows that ashwagandha is probably effective at regulating stress, but further studies are needed. Studies also suggest that the herb may have anti-inflammatory and antioxidant effects in addition to its anti-stress properties.

Cordyceps mushrooms are particularly good for boosting the immune system, Brigham explains. “There is insufficient information available to determine if cordyceps are okay to be used in pregnancy. With this information, I probably would not use them in pregnant or lactating women.” Brigham also says that she wouldn’t use cordyceps on people using blood thinning medication or those with immune disorders. “There is some evidence, in animal studies, that show cordyceps inhibit platelet aggregation, the clumping together of platelets to form blood clots around wounds,” Brigham explains. “If someone is on a blood thinning medication, taking cordyceps could cause further blood thinning and increase the chances of bleeding.”

Joseph Feuerstein, MD, associate professor of clinical medicine at Columbia University and director of integrative medicine at Stamford Hospital, says eleuthero is good for fatigue related to excess exercise, so he recommends it to his active patients. “Eleuthero seems to be okay in pregnant women but should be used with caution in those with hypertension,” he adds.

“Ginseng can be slightly stimulating to help combat stress-related fatigue,” Brigham says. “It can also be used to help boost the immune system.” Ginseng seems to be safe for pregnant women. Studies have also suggested that ginseng improves male sexual functioning.

Also known as tulsi, holy basil has a mildly stimulating effect, says Brigham. This means it can be used to help combat stress-related fatigue. There’s a fair amount of scientific evidence to show that tulsi does, indeed, reduce stress. While Brigham says it’s fairly safe to use, it shouldn’t be used if you’re pregnant or lactating.

While many adaptogens are stimulating and shouldn’t be taken in the evening, passionflower has a very calming effect and thus can be taken before sleep, says Brigham. “Passionflower helps the hamster get off the wheel so our brains can relax and we can sleep,” she explains.

Much like cordyceps in function, reishi is good for boosting the immune system, Brigham explains. Again, she cautions people against using it if they’re on blood thinning medication.

Feuerstein says that he uses rhodiola to help with fatigue associated with low mood. Studies have shown that rhodiola might be effective at reducing symptoms of depression and easing mental fatigue, but those trials were small and more evidence is needed. Brigham notes that rhodiola should be avoided by people who have high blood pressure, nervous system disorders, or sleep issues. Brigham also says she wouldn’t give rhodiola to pregnant people.

Schisandra, while an adaptogen, is most commonly used to support the liver and digestive system, as it can reduce diarrhea. However, it can cause digestive issues in some people, Brigham explains. Namely, it can cause acid reflux, heartburn, and stomach pain. Feuerstein emphasizes that you should consult a medical practitioner before using any adaptogen. “Much of the time, use of adaptogens is based on clinical experience of the practitioner,” he says. “It is important that you use them under the guidance of a medical professional so you get the right dose of the right herb made by a pharmaceutical-grade manufacturer to ensure quality and purity.” While adaptogens are fairly safe and easy to obtain without a prescription, Brigham also notes that she wouldn’t give them to children. “They are pretty safe and many people use them. Kids are under more stress in school today than we ever were,” she notes. “I’d prefer, though, to teach them stress reduction techniques and proper sleep habits so they don’t need adaptogens.”

Is there a lack of scientific evidence on adaptogens?

While the scientific evidence on adaptogens is very encouraging, it’s also limited. You’ll notice that many of the herbs outlined by Brigham and Feuerstein need to be studied more to confirm their effectiveness. Feuerstein agrees that there’s not enough evidence out there when it comes to adaptogens. Part of the reason is because studies into medicinal herbs aren’t well funded, he says, which means that the trials which have been done—although promising—are quite small. “I do believe there is a lack of quality trials in reference to herbs today,” Brigham says. “There’s also a lack of peer-reviewed sources as well.” However, Brigham remains optimistic about the effects of adaptogens given the fact that they’ve been used by humans for centuries, and given her personal and professional experience with adaptogens.

How can I integrate adaptogens into my diet?

Adaptogens often come in form of tinctures, teas, or pills. They could also be eaten: For example, I use passionflower in my smoothies. Brigham says that most people don’t enjoy tinctures because they have an unpleasant taste, so many people opt for teas or pills instead. “Teas are great because you can make a combination of various adaptogens from bulk herbs,” she says. “The same can be said for pills. Most pill-form adaptogens are blends.” Feuerstein says that he generally uses standardized herbal extracts in pill form to ensure quality. The clinical studies that are available use high doses, and those doses would be too high to add to a food or tea, he explains. While your healthcare practitioner should be able to recommend a reputable brand, there are some great brands you can look out for, says Brigham. “My favorite sources for quality herbs or adaptogens are Gaia Herbs, Mountain Rose Herbs, Frontier Co-op, Oregon’s Wild Harvest, and Pacific Botanicals. There are ready-made supplements available as well, but the purchaser should ensure the source of the herbs [in them] is from a quality source,” says Brigham. While there is a need for more scientific evidence, adaptogens might be worth trying if you struggle with stress, anxiety, and fatigue. Consider speaking to an integrative medical specialist if you’d like to use them: They’ll be able to ensure that you’re taking them safely, and they’ll help you choose the best kinds of adaptogens for your specific health concerns.