Why You Keep Getting Sick To Your Stomach

If you keep getting sick to your stomach, an underlying medical condition could be the cause. Here's what to know (and when to see your doctor). 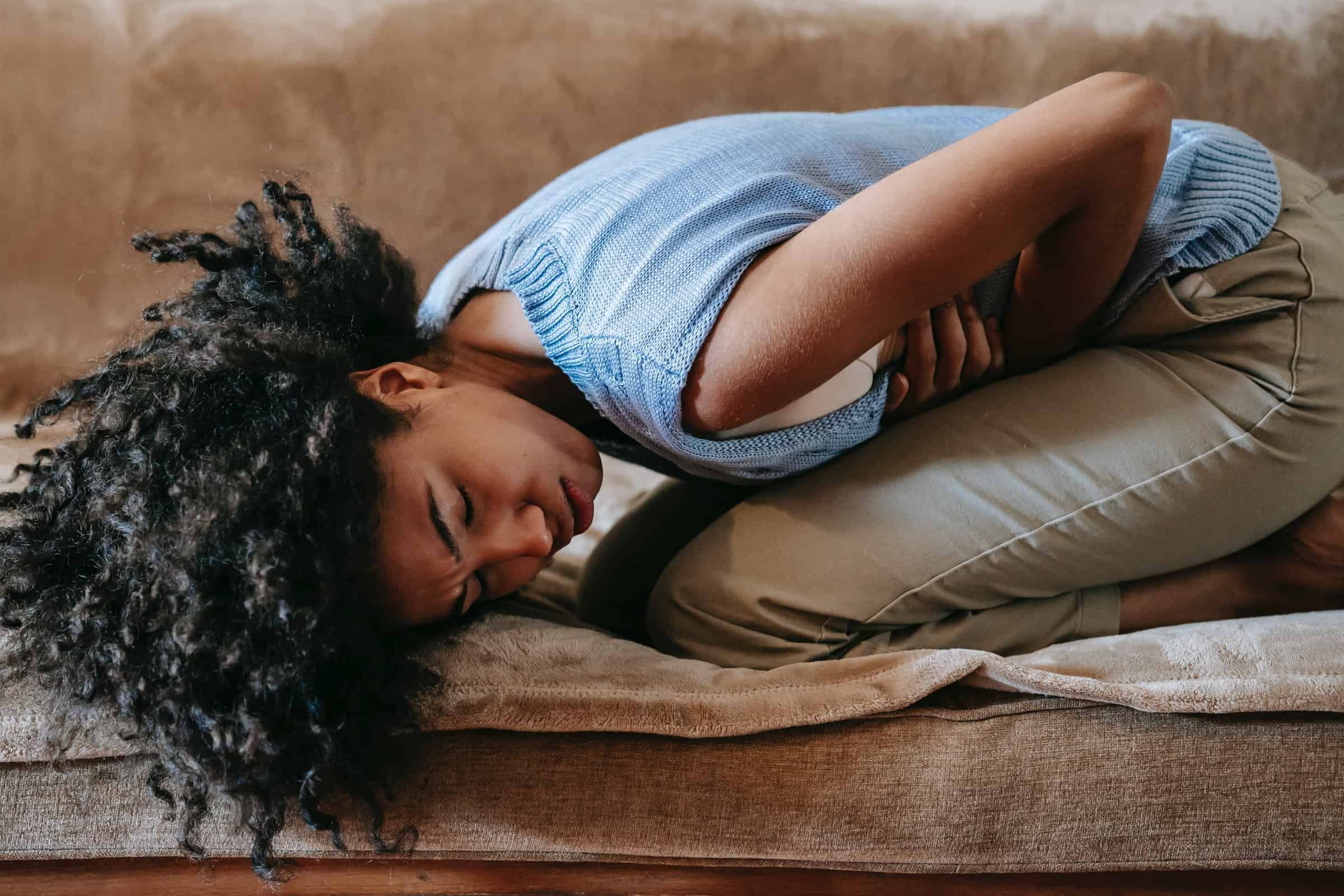 Abdominal discomfort isn’t a whole lot of fun, and when you’re regularly suffering from an upset stomach, you want fast answers. Of course, you won’t get those answers from a list on the internet—you really should speak with your physician—but we can provide you with an overview of some of the more common medical issues that can cause nausea, cramps, and other gastrointestinal symptoms (we’ll let you use your imagination for that last part). Before we get started, remember: Some conditions can be medically significant, so if you have regular upset stomachs, we strongly encourage you to see a doctor. In many cases, you can treat the symptoms in a matter of days once you know what you’re dealing with, but putting off a visit to the doctor’s office could make you even sicker. With that said, let’s look at a few of the most common causes of regular stomach issues, and what you’ll need to know if you’re diagnosed with any of them.

1. Sudden Changes in Diet or Activity

We’ll start with a few of the more common issues that affect your digestive tract before we get into the medically significant stuff. Diet, obviously, is a major factor. As you age, your ability to digest certain foods will also change; lactose intolerance, for example, affects adults far more severely than children. Adults also have a tougher time creating the enzymes that allow them to break down beans, which leads to symptoms that…well, everyone remembers the rhyme. Too much exercise can also stimulate blood flow to your intestinal tract, prompting your body to, ahem, speed up your schedule, if you get our drift. If you’ve recently started exercising, you should be especially careful with your diet. Otherwise, you’ll be risking some unpleasant symptoms. If you’re frequently dealing with digestive issues, consider how your activity has changed. You might be able to reduce your symptoms simply by paying closer attention to your daily routine.

Diverticulitis is inflammation of pouches in the large bowel walls (the diverticulum), and it’s often debilitating. It’s also extremely common; in the United States, about 35 percent of people have diverticulosis, which can become diverticulitis if left unchecked. Symptoms can include sudden abdominal pain, fever, nausea, and bleeding. Mild symptoms can include cramps, bloating, and constipation. If your physician diagnoses you with diverticulitis, you’ll likely need a CT scan to confirm the presence of the inflammation. You may need to change your diet to address the symptoms; physicians often recommend higher fiber diets. If the cause of the condition is bacterial, you might also need antibiotics. In extreme cases, doctors recommend surgery, but this is exceedingly rare. In any case, chronic diverticulosis deserves attention, because it can eventually lead to dangerous complications if the diverticulum bursts. In most cases, treatment is fairly straightforward, so it’s certainly worth a visit to the doctor.

Not to be confused with irritable bowel syndrome (IBS, which we’ll address next), Inflammatory Bowel Disease (or, you guessed it, IBD) is the chronic inflammation of the digestive tract. It’s actually the name for several related conditions, which can be confusing for patients. IBD typically includes ulcerative colitis and Crohn’s disease, both of which are serious conditions. Symptoms include pain, fatigue, weight loss, and diarrhea. Because IBD is such a complex disease with a fairly broad set of symptoms, there’s no single cause. Changes in gut flora (the microbes that live in your intestines) can prompt IBD, as can genetics, diet, or a breach of your intestinal barrier. In some cases, IBD isn’t curable, but symptoms can be controlled with medical treatments including immunosuppressive drugs or steroids. Physicians will usually recommend an extremely controlled diet in order to remove some of the triggers that cause pain, fatigue, and other severe symptoms. Still, you can live a completely normal life with most types of IBD, provided that you seek treatment.

From a strict medical standpoint, it’s inaccurate to say that Irritable Bowel Syndrome (IBS) is the cause of a chronically upset stomach, because IBS is just the name for a group of symptoms. Those symptoms include (but are not limited to) changes in your bowel habits, headaches, nausea, fatigue, fevers, fibromyalgia, depression, anxiety, and of course, diarrhea or constipation. With such a wide variety of symptoms, IBS is quite the common diagnosis; the syndrome affects between 25 and 45 million people in the United States alone, according to the International Foundation for Functional Gastrointestinal Disorders. In any case, symptoms can be unpredictable. The causes vary greatly, and include some of the other items on this list. That’s why gastrointestinal issues can be so frustrating—two doctors might tell you completely different things, and they could both be technically correct. Still, while IBS isn’t curable, it’s treatable with medication, stress management, or a controlled diet.

Gastritis is somewhat related to the other inflammatory conditions we’ve covered. It’s the inflammation of the stomach lining, or mucosa, which can be painful and occasionally dangerous. If you have gastritis, you’ll often feel nauseous, especially after eating, and you may have pain in your upper abdomen. Heartburn, bloating, and other symptoms might also accompany the condition, although the exact symptoms vary from person to person. Gastritis can lead to ulcers or tumors if the condition is erosive, but only a doctor can make that call. The good news is that many types of gastritis are easily treated with antacids. In fact, most cases resolve without any type of medical treatment, as this is one of the most common gastrointestinal conditions. That’s not to say that you shouldn’t seek treatment, however, as extreme, chronic cases of gastritis can be serious. Plus, given the large number of effective treatments available, there’s no reason to put up with the pain.

Scientists aren’t exactly sure why, but sleep disturbances are closely linked with gastrointestinal symptoms including heartburn, nausea, diarrhea, and constipation. Unfortunately, there’s a chicken-and-egg scenario here: Scientists aren’t sure whether people with GI disorders are more prone to sleep disturbances, or vice versa. However, we do know that mood disorders are also important indicators, and we can draw from that information to make a few conclusions. People with anxiety are much more likely to experience digestive issues, or they’re at least more likely to focus on the presence of those symptoms (which, in turn, makes them feel even worse). When this is the case, treating stress and anxiety can reduce symptoms dramatically. That means that for many people, treatment is fairly simple. Doctors can prescribe anti-anxiety and antidepressant drugs, but first, they’ll recommend lifestyle changes. Exercising regularly, meditating, taking part in social activities, and regulating your sleep schedule can get rid of some symptoms.

Some medications can cause gastrointestinal symptoms. Antibiotics, especially, can throw your system into a state of shock by killing off essential bacteria in your intestines—including the microbes that help you break down complex foods. Unfortunately, there might not be much that you can do if this is the case, other than wait; one study suggested that antibiotics can change your gut’s microbiome for an entire year. Stick to easily digestible foods, adding complex foods (such as cheeses and processed meats) into your diet very gradually. You could try probiotics, but the science is still out on those. One study showed that commercial probiotics weren’t effective in treating diarrhea, and no over-the-counter probiotic could introduce the exact bacteria species that you lost due to the antibiotics. If you’ve been taking another medication, however, you should definitely speak with your physician to explore alternatives. Many similar drugs have wildly different side effects, so tell your doctor about your concerns if you think that medications are causing your symptoms.