Are you a night owl? The oldest sibling? Messy and disorganized? If so, you probably have a higher-than-average IQ. 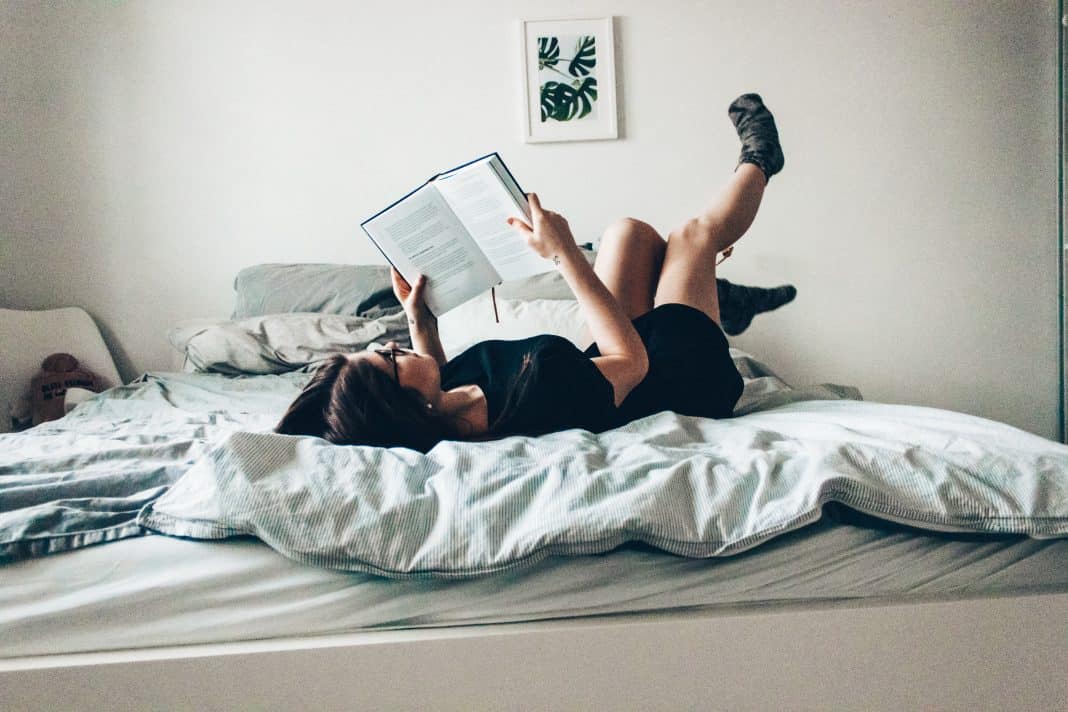 Intelligence is independent of socioeconomic status, race, and gender. Albert Einstein. Henrietta Swan Leavitt. Mozart. Some of the world’s greatest minds have come from very different walks of life. But studies have shown that intelligent people do share certain characteristics. If you’ve always thought you were smarter than the average bear, read on for some unusual and surprising signs of intelligence that you might just find yourself relating with.

Do you stay up all night or rise and shine with the sun? Some studies show that more intelligent children grow up to be nocturnal as adults.

There’s a neat bit of science behind this theory. Almost every living organism is governed by circadian rhythm, the internal clock that sets sleep/wake cycles. Humans, however, can actually alter their individual clock, which is why some people stay up late and others rise early.

Until fairly recently, humans tended to sleep as soon as the sun set and rise again with the light. The theory is that more intelligent individuals evolved to actually manipulate their sleep cycles, thus adapting more successfully to modern life.

Are you the oldest sibling in your family? If so, you might just be the smartest one too. Older siblings may be more intelligent because they receive more mental stimulation during critical stages of development. So, if you’re the oldest, you may find yourself with more high IQ characteristics than your younger siblings.

If you weren’t lucky enough to be born first in your family, though, don’t despair. Research also shows that while older siblings may be more intelligent, younger siblings are actually more likely to be successful in life. Intelligence, after all, does not always lead to success.

Dogs may be man’s most loyal companions, but research claims that cat lovers may be more intelligent. Carroll University conducted a study that measured personality traits, including intelligence among self-described cat lovers and dog lovers. The study found that dog lovers’ social skills are more advanced, but cat lovers scored higher on intelligence markers.

Owning a cat is probably not the sole reason for increased intelligence but a hallmark of your underlying personality. Dog owners tend to be extroverted and seek companionship. Cat owners, on the other hand, are usually more introverted, which gives them ample time to focus on reading, thinking, and accumulating information.

Mom always told you to clean your room, but if your space looks like a Category 4 hurricane just swept through, it may be a sign of intelligence.

According to a study from the University of Minnesota, a messy space spurs creative thought. In the study, participants who were placed in a tidy space made traditionally “good” choices, like choosing an apple over chocolate. But when asked to come up with new uses for ping pong balls, the messy-room participants overwhelmingly came up with creative and novel ideas.

The study suggests that tidy people make safer choices, but notoriously messy people (like Albert Einstein, for instance) tend to have creative thoughts that lead to innovation. So, if you’re looking for signs of genius, look no further than a pigsty of a living space.

Breast milk is the original superfood. In the first months of life, it contains all the key nutrients babies need to thrive. However, synthetic formula also contains many nutrients and is a great alternative to breast milk. So what makes breast-fed babies smarter?

According to Betty Vohr, a professor at Brown University, “The benefit is likely due to long-chain fatty acids found in breast milk.” Long-chain fatty acids, like DHA, aid infants in association and memory development, which may help them develop a higher IQ. These babies often grow up to be smarter than average children and adults.

If you bottle feed, there’s no need to worry. Just make sure your formula includes DHA, and your little one will probably be at the top of their class in a few years.

6. You often have one-sided conversations.

Benedict Cumberbatch’s Sherlock Holmes often carries on a conversation with himself, talking almost as fast as he solves cases. Sherlock, a brilliant (but fictional) detective, may be onto something.

There are three markers that determine a person’s ability to mentally manage complexity. Intelligence quotient (IQ) is traditionally thought of as the most important indicator of intelligence and is difficult to improve significantly as you age.

The other two indicators, emotional quotient (EQ) and curiosity quotient (CQ), however, can be improved over time and may play a much larger role in the ability to improve cognitive function. If you’re trying to figure out how to get smarter, focusing on improving these two traits is a good place to start.

In particular, individuals with a higher CQ are more accepting of the unknown, preferring to ask questions and form their own hypotheses. Individuals who cultivate a higher CQ tend to have a higher intellectual investment over time, leading to increased intelligence.

8. You play an instrument.

Now might be the time to call up your kindergarten teacher and thank them for making you learn “Hot Cross Buns” on the recorder. Studies show that children who play an instrument “develop ‘neurophysiological distinction’ between certain sounds that can aid in literacy, which can translate into improved academic results for kids.”

Some scientists disagree, instead positing that children who take music lessons “tend to have better-educated, higher-earning parents, and to do more extra-curricular activities than other children their age.”

Whether or not playing an instrument actually improves brain function, all scientists can agree that encouraging children to participate in arts programs is never a bad thing. Kids who interact with the arts tend to have a broader worldview and develop more skills, like discipline and hard work, that can also be signs of intelligence.

9. You have a good sense of humor.

If you’ve ever seen the classic comedy Dumb and Dumber, you might disagree with the theory that a sense of humor indicates above-average intelligence. But, as far as signs of intelligence go, humor is a good one to look at.

In one study, students were asked to come up with captions for New Yorker cartoons. The captions that students found funniest were overwhelmingly written by those who performed higher on IQ tests.

Those with high IQ characteristics don’t find just anything humorous, however. According to Reader’s Digest, people who appreciate dark jokes are more intelligent. One reason for this is that it takes a greater mental capacity to process a dark or complicated joke as opposed to the simplicity of a knock-knock joke that someone of lesser intelligence may laugh at.

Everyone knows that one person at work who brags about being the best when their performance is really mediocre on a good day. The Dunning-Kruger Effect explains how this happens.

Basically, the Dunning-Kruger Effect is a cognitive bias whereby incompetent people (like that coworker) can’t recognize their own incompetence, and what’s more, they tend to believe the opposite about themselves. On the flip side, people who are highly skilled and exhibit more signs of intelligence rarely brag about their accomplishments and are more likely to doubt their abilities.