This Is The Real Difference Between Breast Milk And Formula

You probably knew there was a different between breast milk and formula. Now, you can see it. 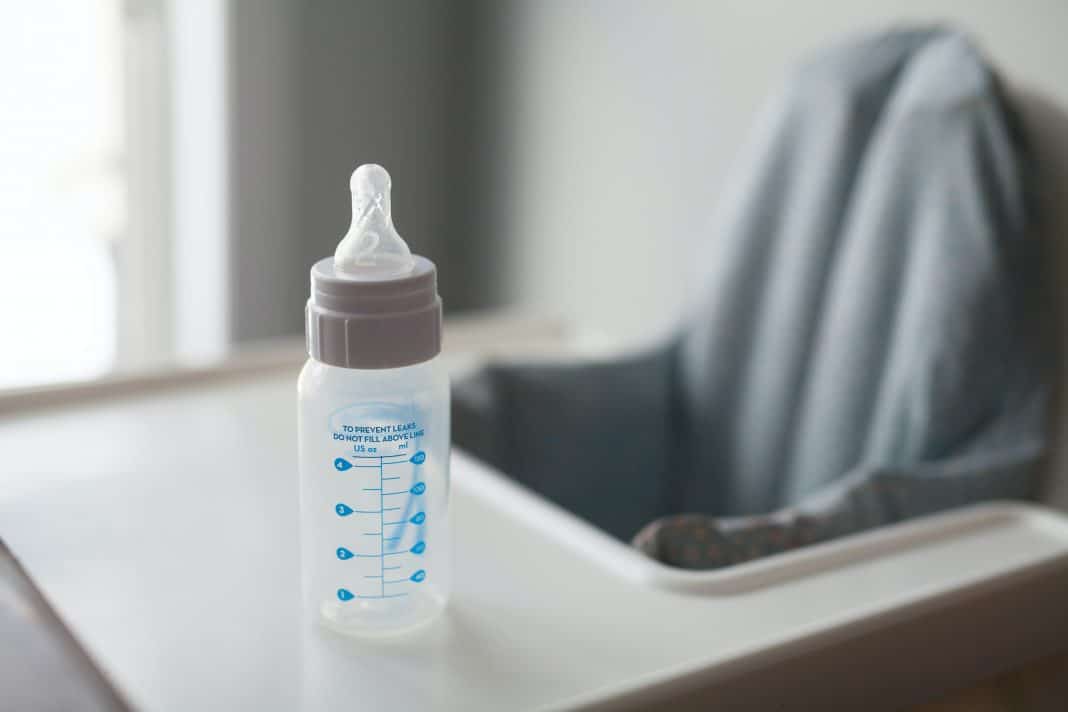 Moms everywhere talk about the benefits of breast milk but, at first glance, it looks identical to formula. Is there really that much of a difference? One mom decided she wanted to take a much closer look. When it comes to parenthood, everyone seems to think their way is best but, in reality, different ways work for different people. The never-ending debate about whether baby formula is just as good as breastmilk is one that mothers tend to have pretty strong opinions on, and it’s easy to see why. Although natural, breastfeeding isn’t always as easy as it seems, and many mothers often feel like they’re made out to be inadequate if they’re unable to do it. The mothers who can breastfeed without much hassle endlessly—and rightfully so—tout its many benefits, like increased immune support, decreased risk of allergies, and less baby blowouts. That’s not even taking into consideration that it’s also completely free! However, as many benefits as breast milk seems to have, have you ever wondered what the big difference is when it comes to formula? Is it actually that much better for your baby? One mother, Jansen Howard, recently decided to find out for herself what the real difference between the two actually is. Her father is a blood microscopist and, because her mother has cancer, he often uses his tools to take a closer look at her white blood cell count. Howard once read that breast milk can change to give babies what they need at the time, so she was interested to see what hers looked like at a time when one of her babies was sick. When Howard’s father placed a drop of her breast milk on a slide and viewed it under the microscope, the entire family was amazed with what they saw—the liquid almost looked like it was alive. She later placed the video online for others to see, and it’s been viewed more than one million times already.

“You guys… this is SO COOL!!!!!!!!,” she said. “This is the living liquid gold we call breast milk in motion!!!!” The bubble-like shapes in her video are molecules of water and fat, along with white blood cells. The video becomes even cooler when you consider all of the things present in breast milk that we can’t see in this sample, including: Carbohydrates, Proteins, Vitamins and minerals, Amino acids, Antibodies, and Enzymes. Howard decided to investigate a little further, mixing up a small amount of formula so she could see what it looked like under the microscope, as well. The difference was definitely noticeable, as the formula sample looked with more dull with none of the large fat molecules and white blood cells that the breast milk sample had.

Look closely and you can see that the formula sample does contain some much smaller bubbles, but they aren’t all as uniform as they seem to be in breast milk. Amy Oyler of The Scientific Mom also did her own comparison between the two, and noted that the formula sample she examined also contained small globs of undissolved formula that were present in each sample she made, whether they were shaken, stirred, or swirled around. So, does this mean that breast milk and formula contain vastly different things just because they look so different next to each other? We obviously wouldn’t expect baby formula to contain white blood cells that miraculously appear when our babies are sick, but is it pretty much the same in most other aspects? In some ways, the answer is “yes.” Formula does contain the essentials like fats and carbohydrates but they’re often far from natural—carbohydrates in formula might include corn maltodextrin, while fats might include palm or soybeans oils. For most parents, these types of ingredients are far from ideal, but the trade-off comes in the form of convenience. Ultimately, baby formula is designed to give your kids everything they need, and they can get it from anyone at any time. Though there are benefits to formula feeding, the benefits of breastfeeding are clear and more numerous. Yes, formula is designed to mimic breast milk and it contains most of the same things, but the difference is that breast milk often contains way more. For example, you might find two different types of amino acids in formula, whereas breast milk might contain 20 different amino acids. Breast milk is also much easier babies to digest, and doesn’t leave babies as gassy or constipated as formula can. The benefits of breastfeeding can even extend beyond a baby’s nutritional needs. Studies have shown that babies who are breastfed often have higher brain function, and it can even lower their risk of death from sudden infant death syndrome (SIDS) within their first year of life. Breastfeeding can also pay off later on in life, as it can reduce a child’s risk of being overweight, and developing a number of common conditions such as: Type 1 and Type, 2 diabetes Asthma, High cholesterol, Leukemia, Lymphoma, and Hodgkin’s disease. As if that wasn’t good enough, breastfeeding is also extremely beneficial for mothers, as well. Not only is it one of the best ways to bond with your new baby, but it can also help mothers shed weight postpartum, in addition to lowering a woman’s risk of breast cancer, heart disease, diabetes, ovarian cancer, and osteoporosis. With all of the benefits associated with breastfeeding, many moms couldn’t fathom feeding their children in any other way. In fact, the American Academy of Pediatrics recommends that mothers breastfeed their babies exclusively during the first six months of their lives, and then continue breastfeeding for at least another six months.

It’s not always as easy as it sounds, though. Many mothers have trouble producing an adequate milk supply due to no fault of their own and, even when they do, it can be a struggle for the baby to latch on properly, or even for mothers to pump their milk on their own. The struggles can definitely outweigh the benefits for some, and they’re forced to switch to formula to make sure their baby gets everything it needs. Though the saying “breast is best” might definitely still be true, many mothers are choosing to adhere to the saying “fed is best.” Whether you’re a new mother who wants to breastfeed or you’re someone who’s suddenly experiencing trouble when breastfeeding, there are a few things you can try to either help your baby out or increase your own supply. Ask For Help When you’re still in the hospital after giving birth, don’t hesitate to ask for help with breastfeeding. There are plenty of people there who are there to help you make breastfeeding work for you and your baby. Diet Matters Believe it or not, what you eat can affect your milk supply as well as its quality. Breastfeeding mothers should drink plenty of water, avoid caffeine, get plenty of fresh fruits and vegetables, and avoid breastfeeding for two hours after consuming alcohol. Take Your Time Many mothers don’t expect breastfeeding to be as hard as it can be, and it can be incredibly discouraging. Not only that, but it can also be exhausting, as newborns typically like to eat every few hours. It’s important to remember that women usually produce more milk the more they breastfeed, and the more they breastfeed the easier it tends to become. If it’s not easy at first, keep trying and there’s a good chance it’ll all start to work out eventually. Unfortunately, breastfeeding doesn’t always work for everyone, no matter how many different tips and tricks they try. For these moms, formula is really the only other option available, and it can be hard to pick one that’s both affordable and high-quality. Here are some tips for finding something that’ll work for you and your baby. Go For Cow’s Milk Soy milk is everywhere and, while many adults choose to drink soy milk regularly, it shouldn’t be the first choice for your baby. Try to start off with a formula made with cow’s milk, as they’re usually affordable and don’t tend to cause digestive problems for babies. Try Soy Next Of course, not all babies will respond well to cow’s milk formula, so you can give soy formulas a try if the cow’s milk variety gives them a rash, diarrhea, or any other negative side effects. However, be sure to discuss the change with your baby’s pediatrician first before you jump in and make any drastic changes. Use Brand Names Your baby’s formula really isn’t the best area to try searching for a bargain, as tempting as it may be to buy a knockoff brand. Bigger companies can afford to put more research into their formulas and ingredients, and it can be difficult to know if an off-brand formula is good quality. Age Does Matter Just like breast milk can change based on a baby’s needs, formulas are also created to give babies what they need at a particular age. If you give a toddler formula that’s meant for a newborn, they’re definitely going to miss out on key nutrients.