9 Things That Are Scientifically Proven To Attract Women

If you're trying to impress a woman, science is the best wing man. 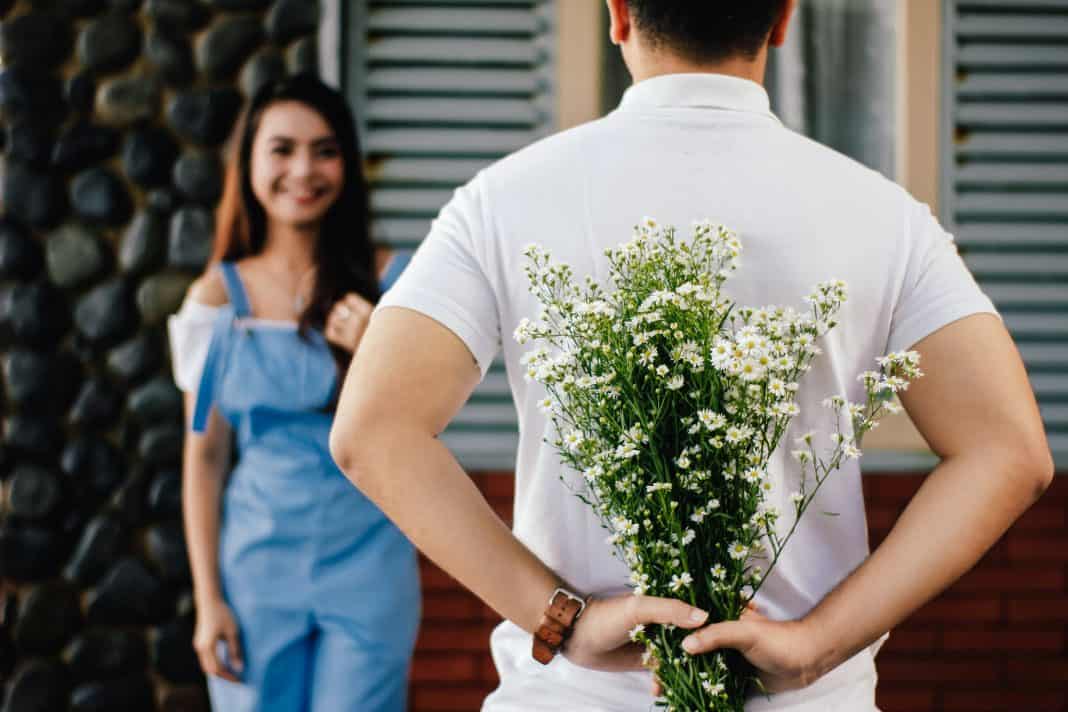 We get it: Dating is difficult. If you’re a man, the good news is that the numbers are on your side. According to the 2015 census, there are about 88 unmarried men for every 100 unmarried women in the United States. That means that guys are in short supply—women should be reading these types of articles about us, right? Still, when you’re trying to land a date, it never hurts to have some extra help. That’s where science comes in; researchers have poured countless hours and grant dollars into studying the science of attraction, so we decided to look through a few of those studies and compile some effective (and scientifically sound) dating tips. For instance, you might improve your chances of making a great impression if you…

1. Indulge in a little “courtship feeding.”

“Courtship feeding” is exactly what it sounds like. Really, it’s just a fancy way of saying, “Take her out to dinner.” According to a 2014 study in the journal Frontiers in Psychology, sharing food “increases interpersonal closeness.” Strangely, offering a slice of pizza seems to make the giver of the food like the recipient more, as well as the other way around. The whole thing probably goes back to human infancy. To quote the study, titled Food for love: the role of food offering in empathic emotion regulation (of course a title like that would be a mouthful), “Food offering is one of the earliest biobehavioral regulatory interactions between parent and child.”

Basically, that boils down to the inversion of that old chestnut about the way to a man’s heart being his stomach. It turns out that stomachs are a pretty dependable route to a woman’s heart, too.

Some women seem to love beards—but not all beards. There are several factors that go into a beard’s allure. Watch the video below to see exactly what kind of facial hair is scientifically proven to attract women—and in what way:

Yes, scientists have studied pickup lines. Isn’t science great? Two groundbreaking studies of classic cheesy pickup lines seem to suggest that (spoiler alert) they don’t work. Almost 90 percent of the women in one of those studies rated those bad old pickup lines as extremely useless. But where science shuts a door, it opens a window. Around 65 percent of the women surveyed in a Personality and Individual Differences article said that they appreciate a simple, confident, and direct approach. The takeaway: Forget the cheesy lines, even if you’re trying to be ironic. In fact, we tried to include a sample of bad pickup lines in this list, but they’re all too bad, so we won’t subject you to the cringefest.

i hate cheesy pick up lines, boys think they're being really cute+soppy and stuff but girls don't find that stuff cute, ew

Just remember that a simple, self-assured “hello” will get you a lot further, and you won’t be as ashamed of yourself in the morning.

This has little to do with fashion sense. A study from the United Kingdom attempted to determine whether the color red could affect social signals. Researchers took photos of several men and digitally altered the color of the men’s clothing. When women were shown images of men in red clothes, they rated the men as “more aggressive” and more attractive. When male test groups were shown the same images, they rated the red-clothed subjects as “more dominant.” The study’s authors note that red coloration correlates with testosterone production in many species (although the color doesn’t really indicate anything about testosterone in humans). Bright red colors do seem to have some effect on our perception of potential mates. So, does this mean that Ronald McDonald is one of the most attractive men alive? Well, we’re not going to argue with the science.

Women love a guy with a good sense of humor. This almost seems like a cliche, right? But scientists still aren’t completely sure why humor is such a turn-on. At one point, the general consensus was that good jokes showed that a potential partner was smart…but then, several studies proved that humor doesn’t correlate with intelligence. Jeffrey Hall of the University of Kansas believes that humor may simply show that a man is sociable, but there’s another potential explanation: Men might be using humor to gauge a woman’s interest. Men act like jokers, and women play along. “The script is powerful and it is enduring, and it dictates everything from asking someone out to picking up the tab,” Hall explained. Of course, he also admits that humor might be simply valuable for humor’s sake. That’s a scientific way of saying, “We’re not actually sure what’s going on here, but it’s probably not that important.”

This survey wasn’t performed with proper scientific controls, but it’s almost too interesting to ignore. Daz, a soap company, surveyed 2,000 people to find the most attractive scents. The results indicated that gasoline, printer ink, paint, and leather were the most sensually exciting scents on a man, while lipstick and baby lotion were most attractive on a woman. We’d definitely take that info with a grain of salt, but scientists do believe that scent plays a role in attraction. Some studies suggest that the human nose has pheromone receptors, which would indicate that we’ve got the biological gear necessary to process chemical cues from our potential mates. So, how does that actually work in dating? One study showed that women exposed to male sweat felt more arousal than women exposed to other substances. No word on what those other substances were, but we’re guessing that they weren’t printer ink, paint, or leather.

We all know the stereotype about the older man and the younger woman. According to a zoologist named Stephen Proulx, that stereotype has its basis in the animal kingdom. From there, it traveled the lines evolution to land squarely in the modern human heart. Basically, Proulx’s argument goes like this: In nature, males don’t tend to live that long. If you’re a female deer and you meet a majestic, elderly stag with a full head of antlers, odds are that potential mate is packing some healthy genes. At the dawn of humanity, males didn’t live much past their twenties. If women encountered a healthy male specimen who managed to beat the odds, their evolutionary psychology might push them toward attraction. It’s all about the genes. However, this trick doesn’t work for every male of any species. You can’t just be old. You also have to be sort of fit. “If males can display ostentatiously at that age, then they really have to have something going for them,” Proulx told The Observer. It might not be a bad idea to spring for that gym membership.

Just make sure it’s not the drums. Nobody wants to date the drummer. (We’re kidding, of course.) Or are we? The only scientific evidence we could come up with is a 2014 article published in the journal Psychology of Music. The method of the study “Men’s music ability and attractiveness to women in a real-life courtship context” reads a lot like the script of a bad internet “prank” video. Researchers planted a young (presumably handsome) guy in the street. He asked out 300 random women. In fact, he did this three times. The first time, he was empty handed. The second time he held a sports bag. The third time, he hauled around a guitar case. Guess which accessory scored the guy the most phone numbers? Yep, it was the guitar. Researchers have yet to repeat the study with a guy carrying drumsticks, but anecdotal evidence suggests that the results would differ.

First impressions matter, and in “zero-acquaintance” situations (the scientific term for “strangers in the night, exchanging glances”), posture matters.

A 2015 study showed that expansive body postures “increase one’s romantic desirability.” Basically, women see an open, expansive posture—pushing your chest out, keeping your shoulders back and relaxed, and standing straight—as a sign of “dominance and perceived openness,” according to the researchers. The effect works both ways, so guys are more likely to be interested in a woman who stands with an expansive posture (as opposed to a contracted posture).