The Strange Ways That We Make Food Last Longer

Believe it or not, burying food in the backyard is not the strangest method of food preservation on this list. 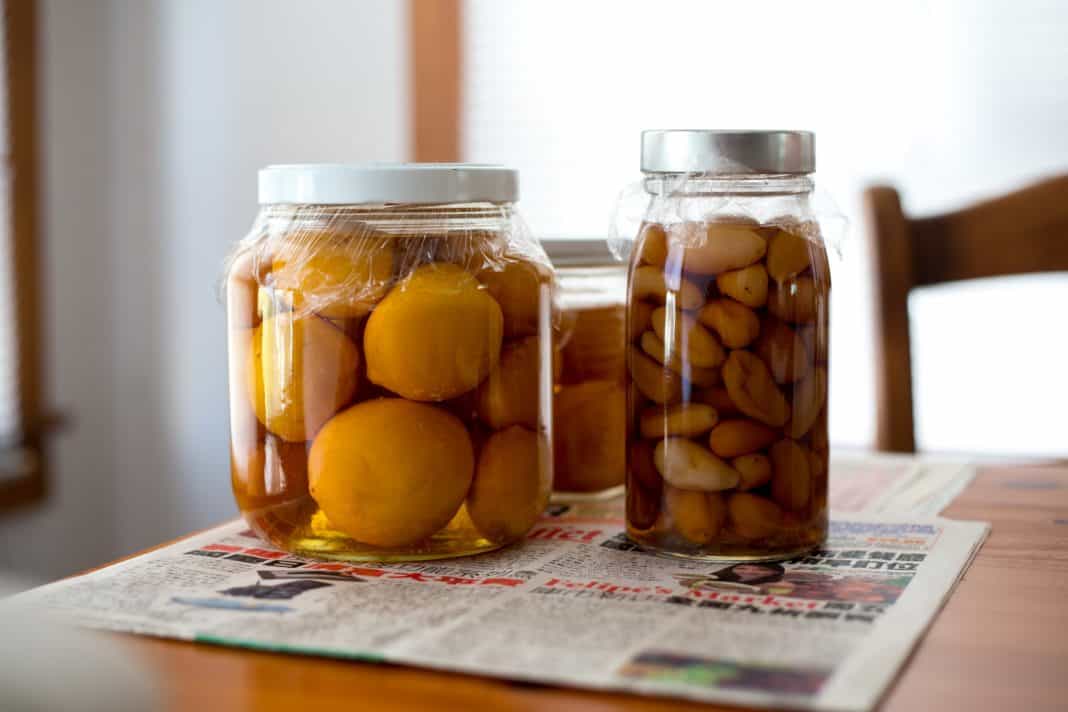 No refrigeration? No problem. In the famous peat bogs of the United Kingdom, large quantities of butter dating back to 600 B.C. have been unearthed. “Bog butter” was preserved this way because the acidic, cool waters of the bog were ideal to keep food fresh—the original refrigerator.

Now you can walk in the frozen food section of the grocery store and purchase virtually any type of food, all thanks to refrigerated food preservation innovation. And it all started with bog butter.

Even though most of us eat preserved foods every day, how many of us have given any thought to the actual process of how we make food last longer? The moment food is harvested, it begins to spoil. Food preservation is instrumental to human survival.

Burying food might seem like an odd way to keep it fresh, but sticking stuff back in the ground is actually a great way to preserve food. Burying food helps keep it fresh by shielding it from sunlight, oxygen, and warm temperatures.

Before refrigeration was commonplace, cabbages were traditionally buried underground to store them. Some Appalachian farmers still swear that cabbages that have been buried taste sweeter.

Other cultures have customs of burying food as a means of preservation as well. In Greenland, the Inuit still make a traditional delicacy called kiviak, which involves burying a whole seagull sutured inside a sealskin for several months, allowing the meat to ferment.

Similar to food burial, a root cellar keeps foods, especially root vegetables, fresh for months. Root cellars, like the ground, provide a cool, damp environment ideal for food preservation. The added bonus of a root cellar? Walking downstairs to grab your produce instead of digging up the backyard to figure out where you buried last year’s cabbage crop!

About 7,000 years ago, one lucky person ate some questionable produce, decided it was tasty, and discovered the process of fermentation. Or that’s the theory, anyway. Scientists think that our ancestors stumbled on fermentation—which is essentially controlled decay—by accident.

When foods are fermented, carbohydrates are converted into alcohol or acids using “good” bacteria.

The awesome thing about fermentation is that you can literally ferment almost anything, and there are numerous health benefits to eating fermented foods.

Fermented foods such as kombucha contain probiotics (the bacteria that helps keep your digestion regular) and preserve key nutrients in food. The next time you’re thinking of reaching for Activia yogurt in the grocery store, you might want to pick up a jar of sauerkraut instead.

When you think of France, you probably think about fashion, the Eiffel Tower…and canned vegetables?

Canned vegetables are so ubiquitous on grocery store shelves that you may not consider this a strange method of food preservation at all.

However, the process of sealing food in pressurized, heat-treated containers didn’t come about until the 18th century, when Napoleon Bonaparte offered a reward to the person who could invent a food preservation method for his men.

Canned foods can be safely eaten for up to several years after they’ve been processed. When foods are heated in jars to a high temperature, bad bacteria that causes food to spoil is removed.

At the same time, the heat creates a vacuum seal that prevents air from getting back into the jar. As long as the seal remains unbroken, food stays fresh.

Believe it or not, until fairly recently, the fanciest of fancy foods was essentially meat Jell-O, which is about as delicious as it sounds.

Aspics are a savory, molded gelatinous dish that usually contains preserved meats inside, much the way Jim preserves Dwight’s desk supplies on The Office. Like other methods on this list, aspics preserve foods by cutting off oxygen, thus preventing spoilage.

Jellies and jams are a much tastier way to preserve many fresh foods, particularly fruits. Although we most often think of fruit jellies, vegetables like peppers and tomatoes (okay, this one is technically a fruit) can also be preserved this way. When a food is made into jelly, the high sugar content and acidity of the fruit help prevent spoilage.

But unless you also can your jelly jars properly, mold could form on top. Back in the day, people would just scrape the mold off the top and put the rest on their morning toast. Now we know that placing jelly jars in boiling water for a few minutes will vacuum seal them, eliminating the mold risk altogether.

The benefit of blast chilling is that foods maintain their quality, unlike other frozen foods, which can be watery and tasteless when thawed. In order for food integrity to be maintained, it must be rapidly cooled from temperatures around 158 degrees F to freezing in under 90 minutes.

Because it preserves food fast, blast chilling is used in modern restaurants as a way to prep foods in advance.

Blast-chilled foods can be quickly thawed and prepared just like fresh foods. For example, Japanese chefs have used blast chilling for years to preserve fresh fish for sushi.

Most of the methods on this list involve providing the right moisture/oxygen content to safely preserve food. Salt curing is the process of preserving food, usually meat, with large quantities of salt.

Salt draws the moisture out of food items and prevents spoilage. Salt curing can be done as a dry rub (most often used to preserve ham) or as a brine solution (ideal for preserving cod and other fish).

Dehydration, on the other hand, involves removing all the moisture from foods in order to preserve them. To dehydrate foods, you need heat, dry air, and a source of airflow.

You can safely dehydrate some things in the sun or even in your car if you’re bold. But the easiest (and safest) way to dehydrate large quantities of food is using either your oven or a food dehydrator.

There’s a reason beef jerky was such a popular trading item on the Oregon Trail. Dehydrated foods don’t need to be refrigerated, last a long time, and are extremely lightweight and easy to store.

Freeze drying food is a super technical form of dehydration and really can’t be done at home the way many other food preservation techniques on this list can be.

When food is freeze dried, it is in a vacuum chamber, and the temperature is brought to below freezing. This way, the water in the food evaporates from a solid state to gaseous state, preserving the taste and structure of the food but removing the moisture content.

Food scientists have made innovative advances in food preservation, but most of the ways we make food last longer have been around for centuries.

After all, astronauts still eat packets of reconstituted dehydrated foods, proving that those Oregon Trail settlers had the right idea when it comes to making food last longer.