6 Symptoms Of IBS That Most People Ignore

When it comes disorders of the gut, irritable bowel syndrome is hands down the mostly commonly experienced disorder. Unfortunately, just because it’s common, that doesn’t mean that everyone who has IBS is diagnosed.

Generally, it is believed that 10 to 15 percent of the population deals with irritable bowel syndrome. The symptoms of IBS fall on a kind of sliding scale and vary quite a bit. One person’s symptoms might be mild, while another’s symptoms could be highly disruptive to their life. It is also believed that the number is difficult to tie down because of underreporting of symptoms. This could be because the symptoms come with some embarrassment. It may also be because some people believe the symptoms they experience are normal, and they simply never consider seeking treatment. 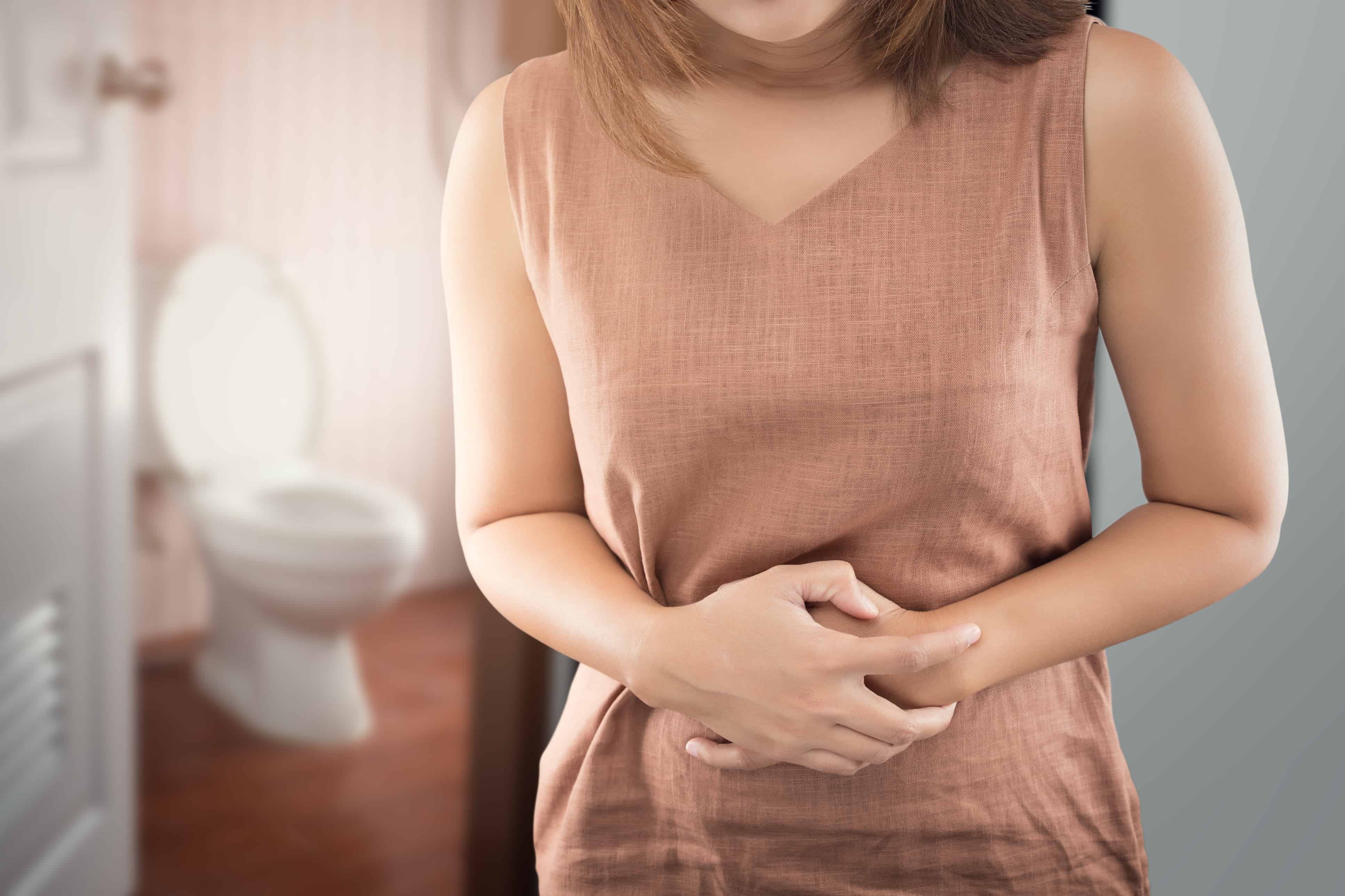 “People ignore the symptoms because it’s not something that’s major, it’s something people write off,” says Nicole Edwards, DO. “They kind of brush it off, or people don’t know the importance of having a regular bowel movement.”

The causes of irritable bowel syndrome are not cut and dry. This is likely because it is a complicated disorder with many contributing factors. At the most basic level, IBS is believed to be a disorder caused by problems with how the brain and the gut communicate with each other. 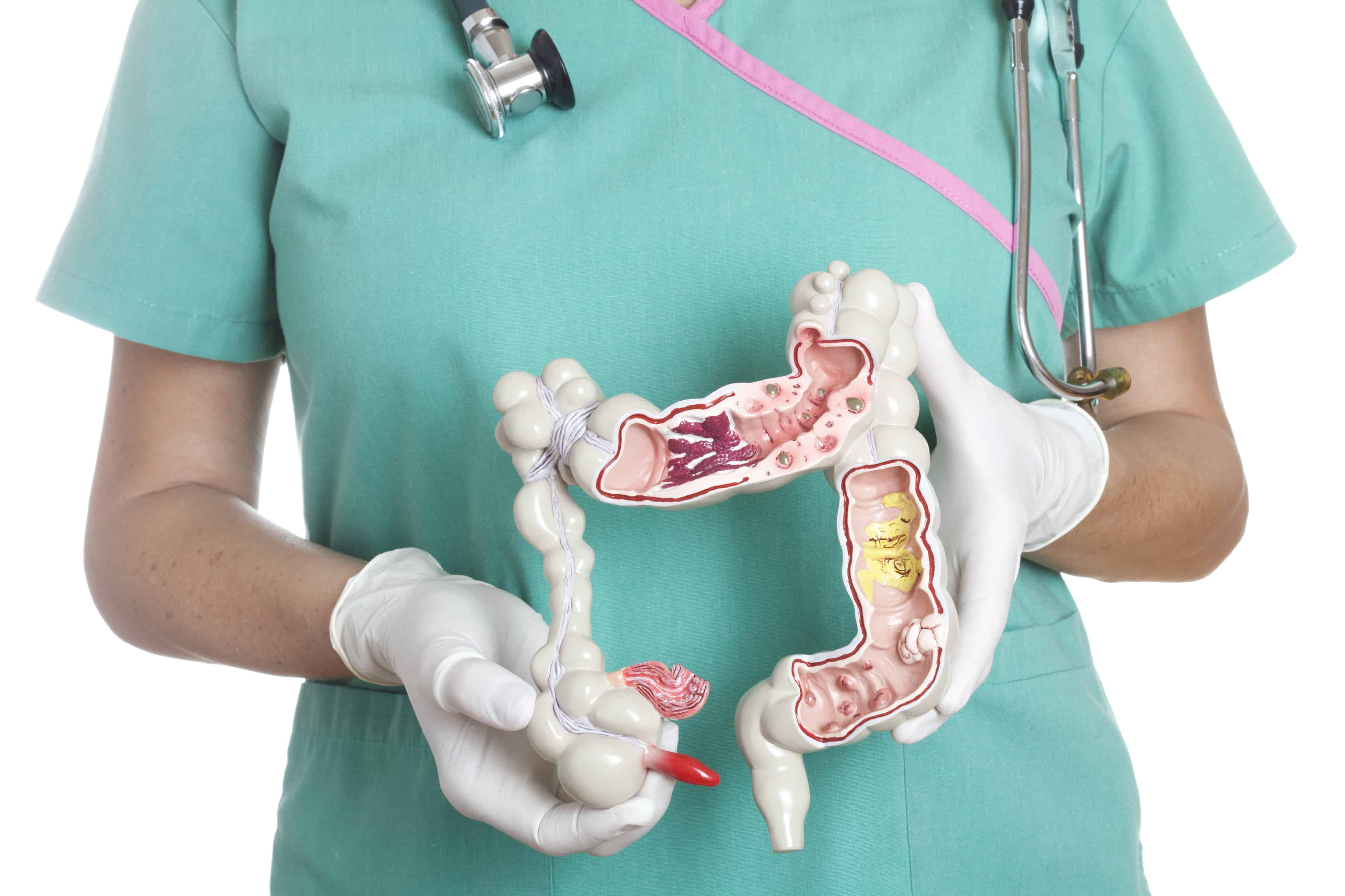 One of the most common causes is stress. It is believed that having many stressful circumstances in your life plays a huge roles in problems with the gut. More specifically, people who have trouble coping with the stress in their life are more likely to develop it. “If one individual has a very poor coping mechanism with their stress, they can go through the symptoms of IBS more so than those who can go through the same stress but have a better coping mechanism,” explains Ashkan Farhadi, MD, gastroenterologist at MemorialCare Orange Coast Medical Center and director of MemorialCare Medical Group’s Digestive Disease Project in Fountain Valley, California. 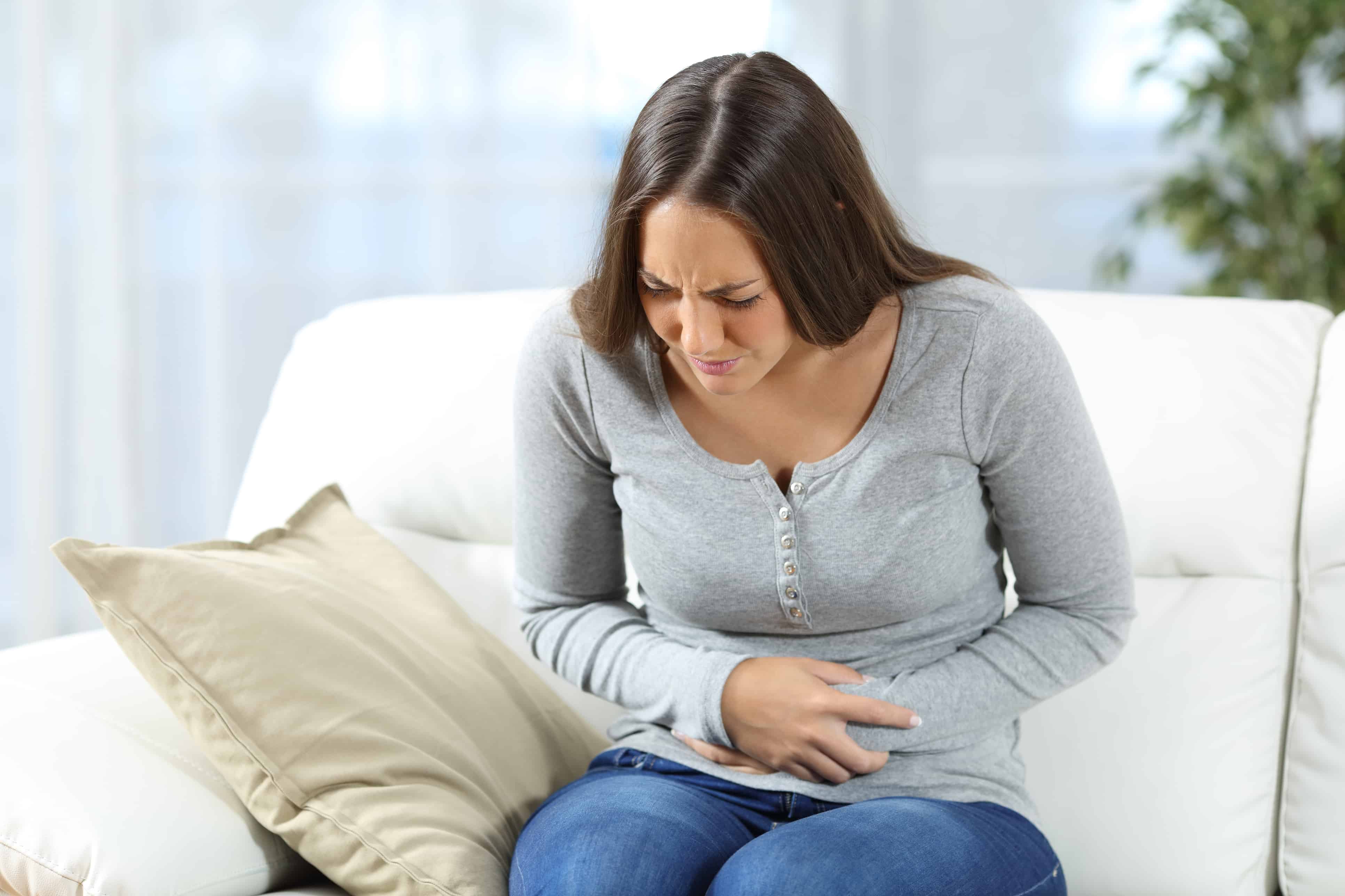 Additionally, for some people dealing with irritable bowel syndrome, there may have been an inciting event that triggered their IBS. If an individual experiences abuse or trauma early in their life, this might cause gastrointestinal dysfunction, according to the National Institute of Diabetes and Digestive and Kidney Diseases. Dealing with depression, anxiety, or other mental illnesses also puts you at an increased risk of irritable bowel syndrome. 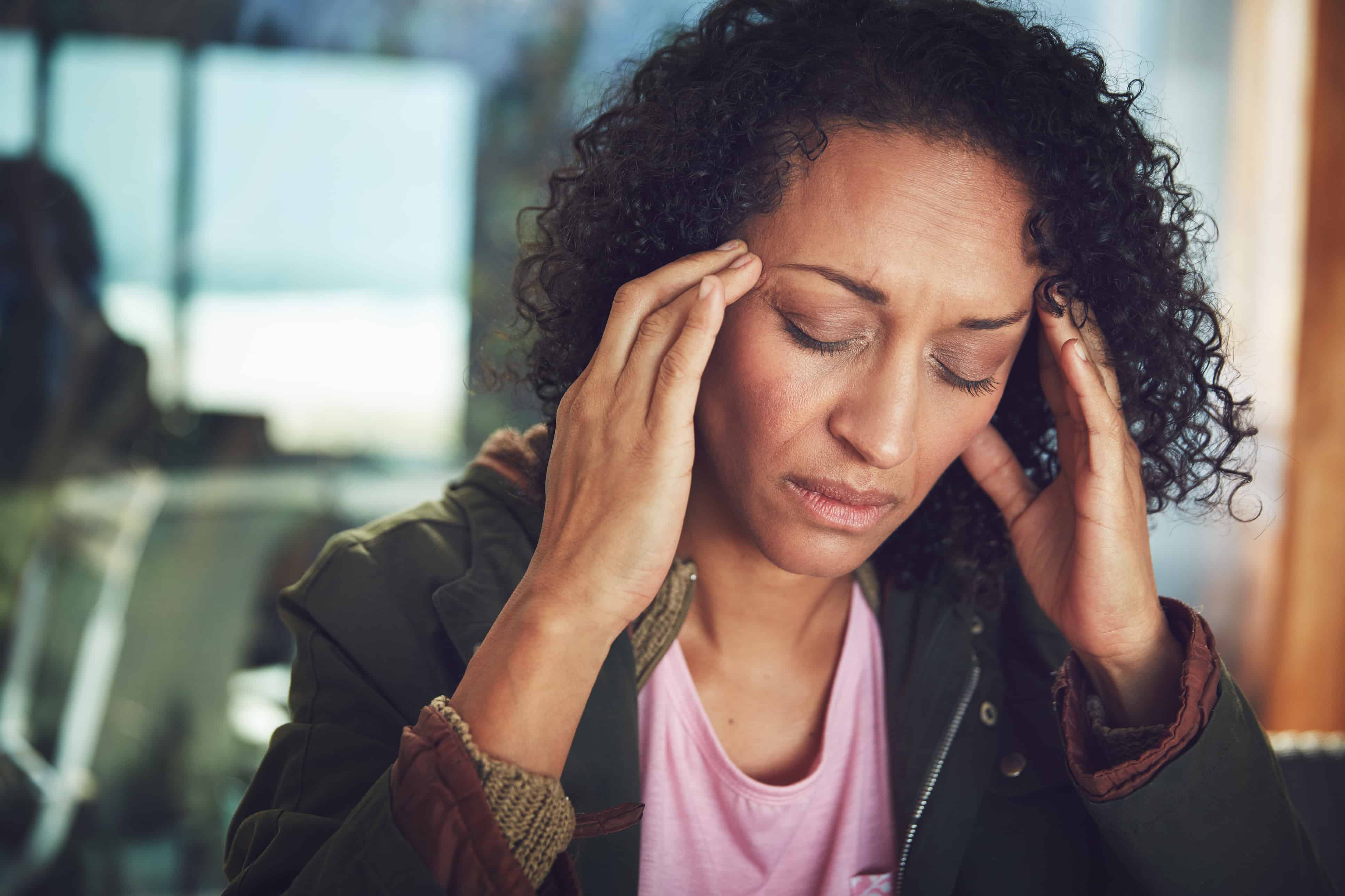 Environmental factors can create problems with the GI system. For instance, dealing with a bacterial infection or a parasite can cause the symptoms of IBS to develop, according to the U.S. National Library of Medicine. If you have food intolerances or allergies, this might also be a contributing factor.

Symptoms of IBS That Most People Ignore

According to Edwards, it often takes increasing severity of the symptoms of IBS, such as prolonged constipation, before individuals see a doctor. 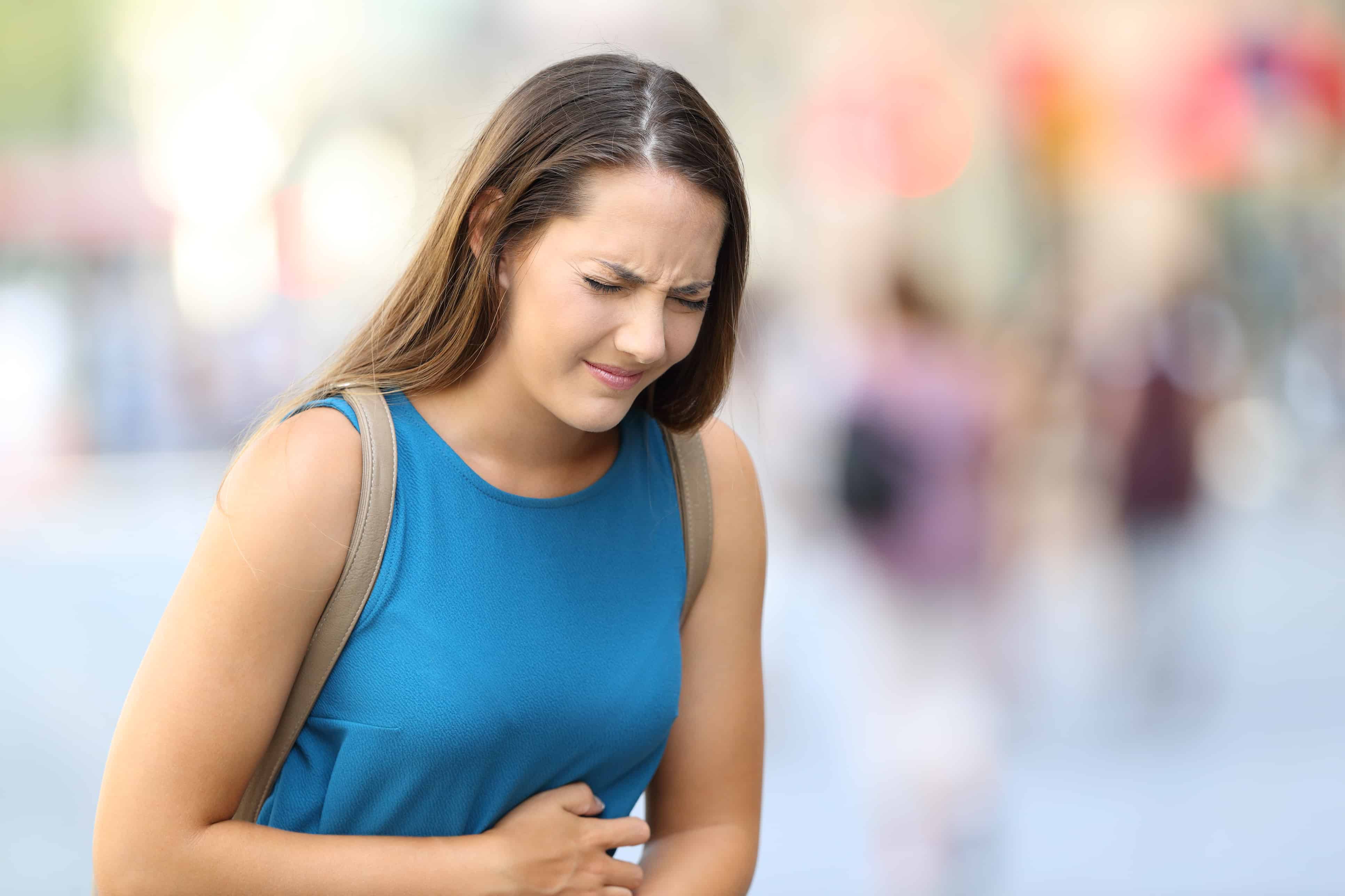 “They’re starting to get pain or that abdominal cramping that used to be minor is getting more severe,” she shares. “When something becomes persistent, and usually when it is interfering with their normal activities, that’s when they’ll finally come in an say something is wrong.” 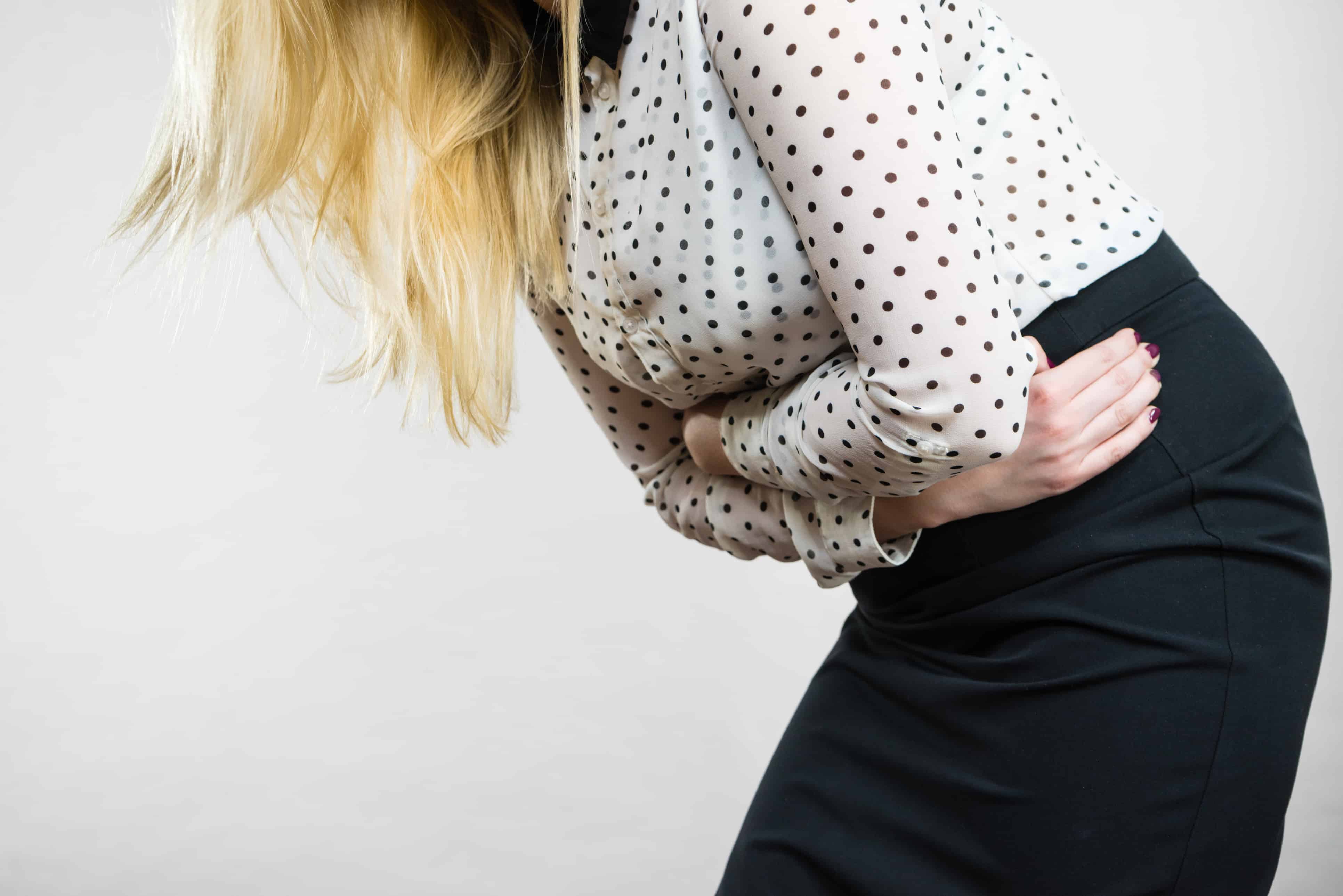 There are only benefits to seeing a doctor if you are experiencing the symptoms of IBS. It is worth it to push past the embarrassment of the conversation or the inconvenience of a doctor’s appointment to find relief from the persistent discomfort. Here are the symptoms of IBS that so many people ignore but warrant a visit with a general practitioner.

The most common symptom of irritable bowel syndrome is also one that often goes ignored, according to Farhadi. Cramping and pain in the abdominal area isn’t normal, but many people brush it off or believe it is just who they are. 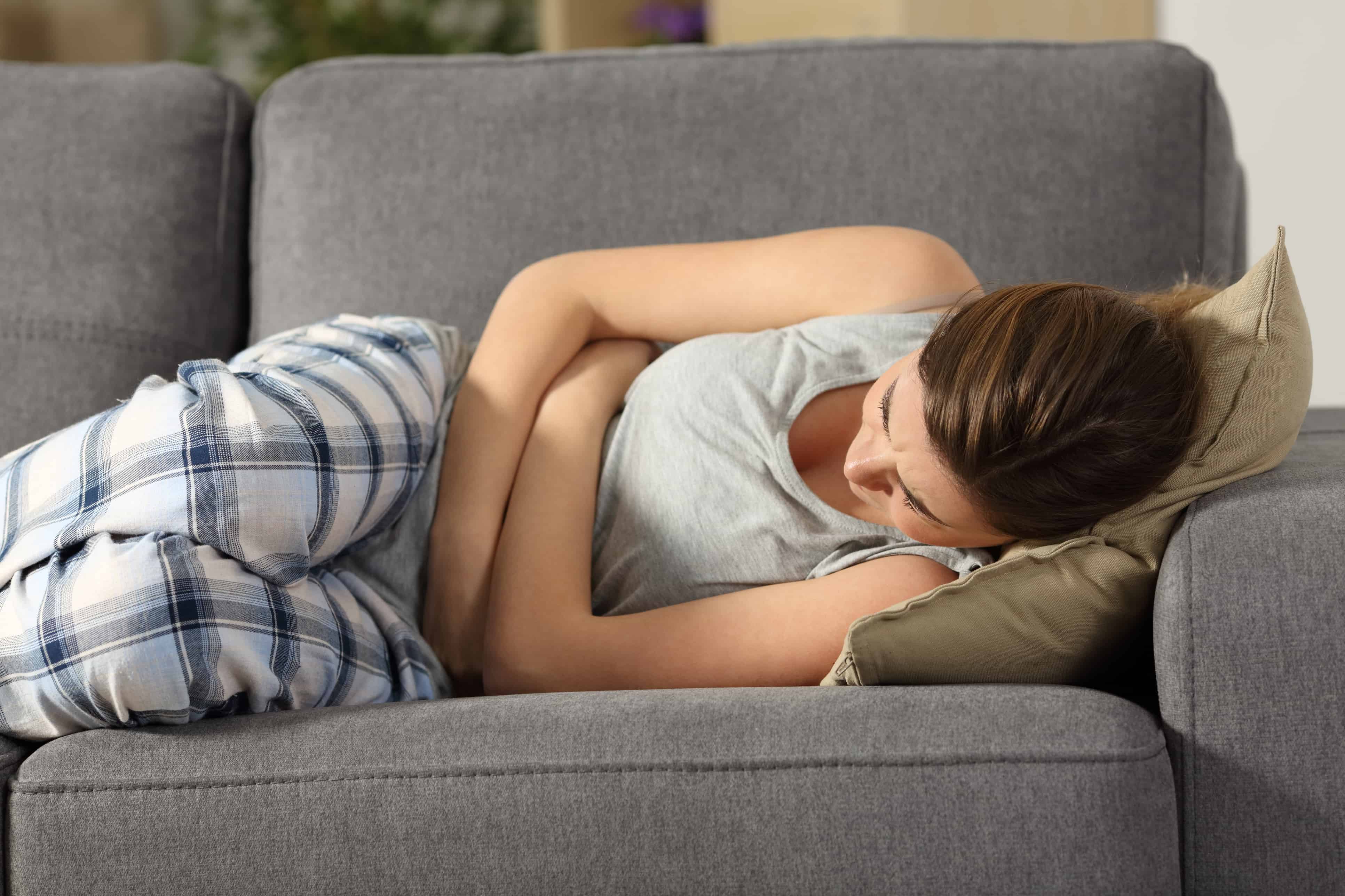 “Sometimes the symptoms of indigestion [and] abdominal pain are so chronic that the people get used to it,” he explains. “They take it as their normal routine or the daily life habit of the gastrointestinal system.”

For the most part, bowel habits should be predictable and consistent. When you experience regular changes to your bowel habits, this is a pretty good indicator that you might be dealing with irritable bowel syndrome. It’s hard to say exactly what changes to look for since it varies so much from person to person. However, if you consistently experience constipation, diarrhea, or both interchangeably, don’t brush it off. 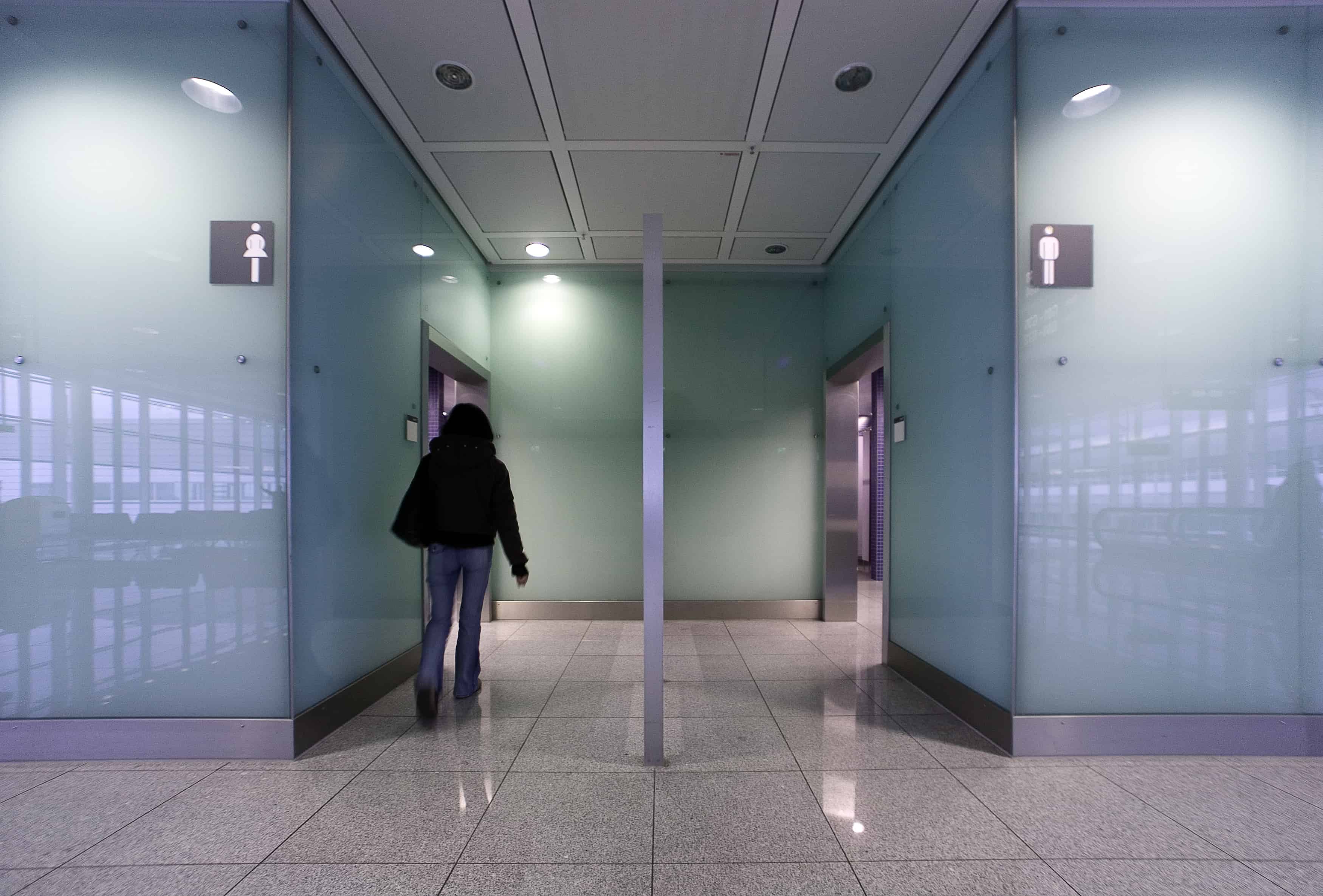 According to Farhadi, changes in bowel habits often go ignored because people have been experiencing this symptom for much of their life. “They believe, ‘This is me,'” he says. “So they think this is the way they should be because they’ve been like this for decades.”

It isn’t normal to feel like your abdomen is full or tight. Everyone might experience bloating from time to time, perhaps after a rich or spicy meal, but regular bloating is a symptom of irritable bowel system. Bloating is typically caused by gas building up in your gut. This can be uncomfortable and annoying at the least, and it might cause pain for some.

People should expect to have regular bowel movements. Unfortunately, many people ignore constipation or brush it off as no big deal. “People often ignore not having a normal consistent bowel movement,” says Edwards. “If people are having alternating constipation for days followed by loose stools or diarrhea, they may have IBS and need to see their doctor for complete work up.”

Mucus in the Stool

Although it is typical to have a small amount of mucus in the stool, increased amounts of mucus can be an indication that something else is wrong. If you notice the mucus has increased or if the color has changed, this is a clue you may want to be evaluated for IBS.

One reason it is so important to not ignore the symptoms of IBS is that this disorder shares symptoms with more serious gastrointestinal disorders. If you are experiencing chronic pain associated with your bowel movements, excessive mucus, or changes in your bowel movements, your doctor will likely check in to make sure there is not something bigger going on. 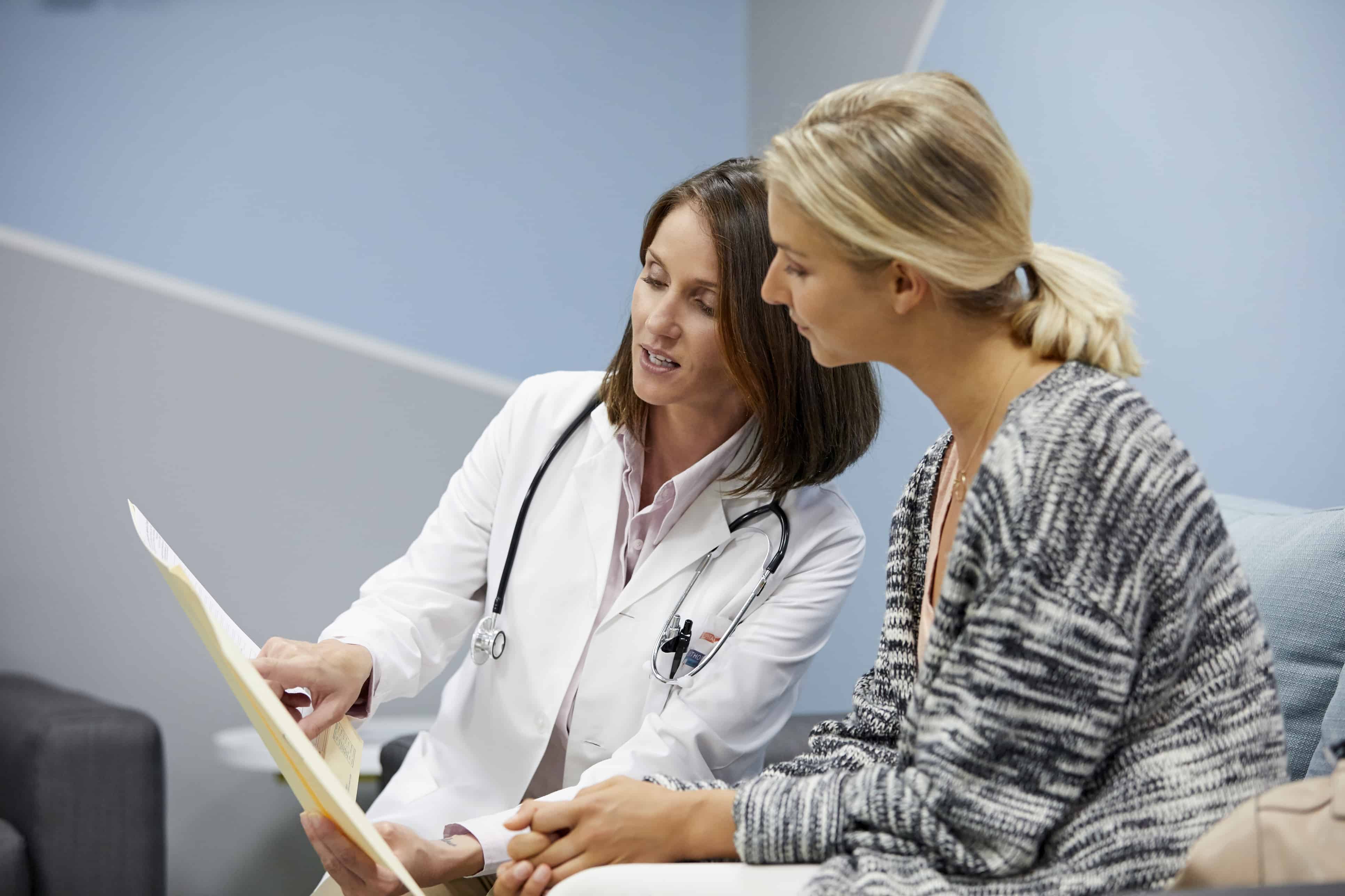 Treating and Living with IBS

It is unfortunate that so many ignore the symptoms of irritable bowel syndrome, because it is a very treatable disorder. Although ignoring IBS isn’t generally considered to be dangerous, your symptoms can worsen over time, making it more difficult to treat. Both Fahdari and Edwards are big proponents of educating their patients to manage their irritable bowel syndrome. Far too often, individuals with the disorder ignore it or allow it to impact the quality of their life. This doesn’t have to be the case. 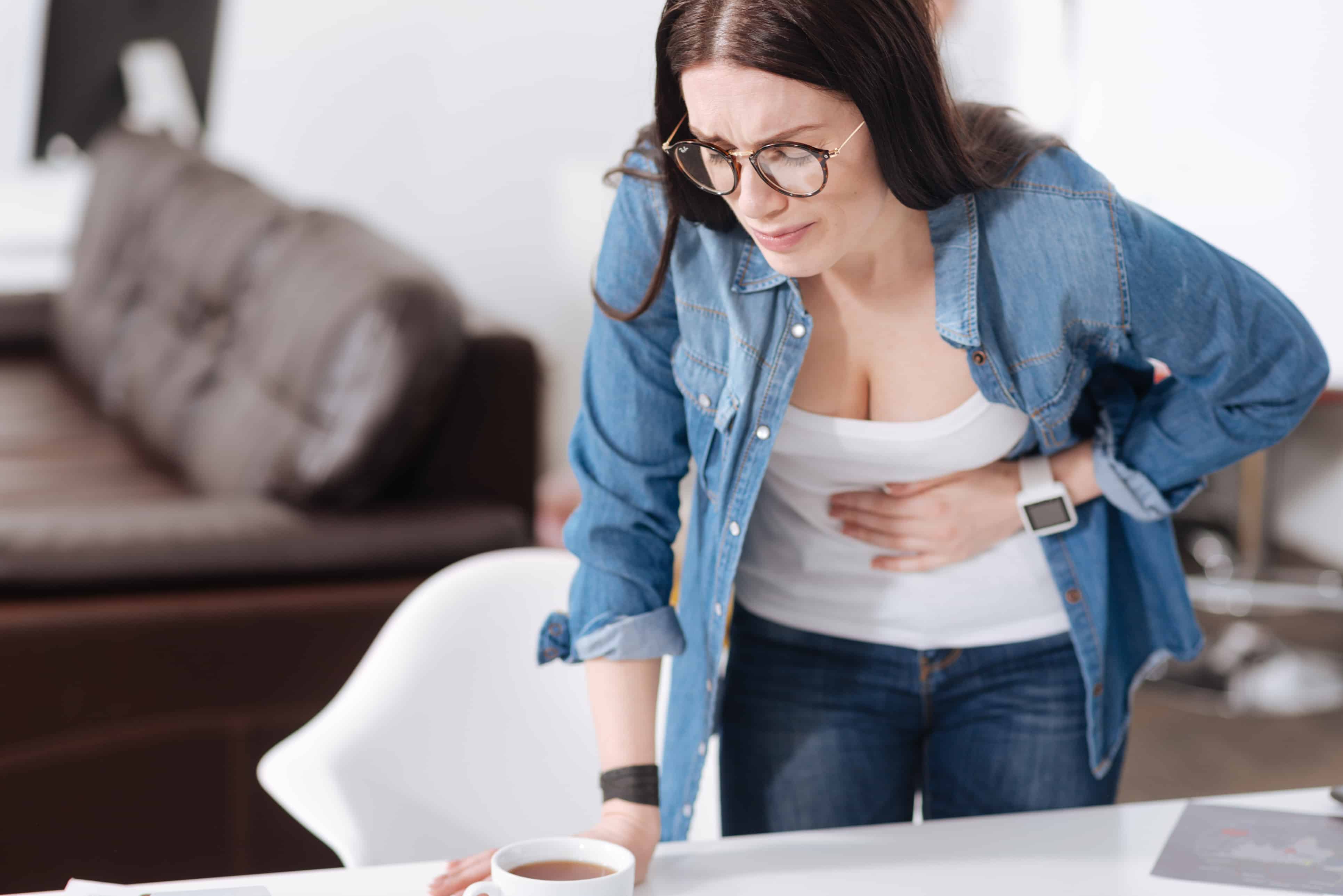 Treatment varies based on the symptoms as well as the perceived causes of the disorder. It is fairly common for doctors to recommend lifestyle changes to address irritable bowel syndrome. These changes might include changes in diet, including giving up foods they’re more sensitive to or following a special diet. Doctors may instruct their patients to increase their exercise, to spend more time sleeping, or find creative ways to eliminate or cope with the stress in their life. Some doctors may even recommend therapy, especially if there is extreme stress of trauma in the patient’s life. 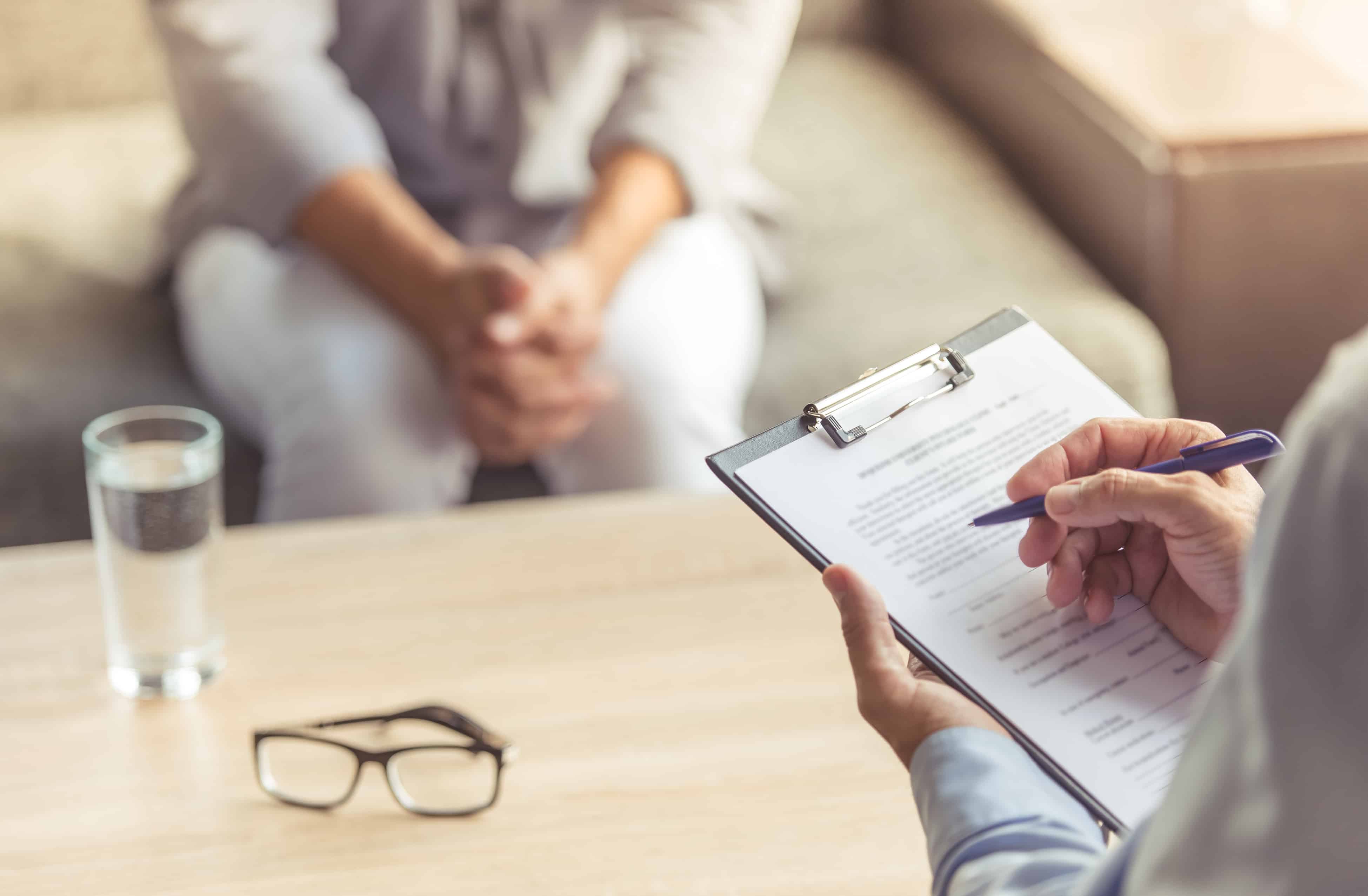 In addition to lifestyle changes, there are many medications that can be used to treat the different symptoms associated with IBS. Generally, the medications are selected based on the specific presentation of your disorder. If you are more constipated, for instance, you might be prescribed a laxative. If diarrhea is the problem you deal with more often than not, medications like loperamide might be your best bet. Your doctor will work with you, trying to find the right combination of medications and lifestyle changes. 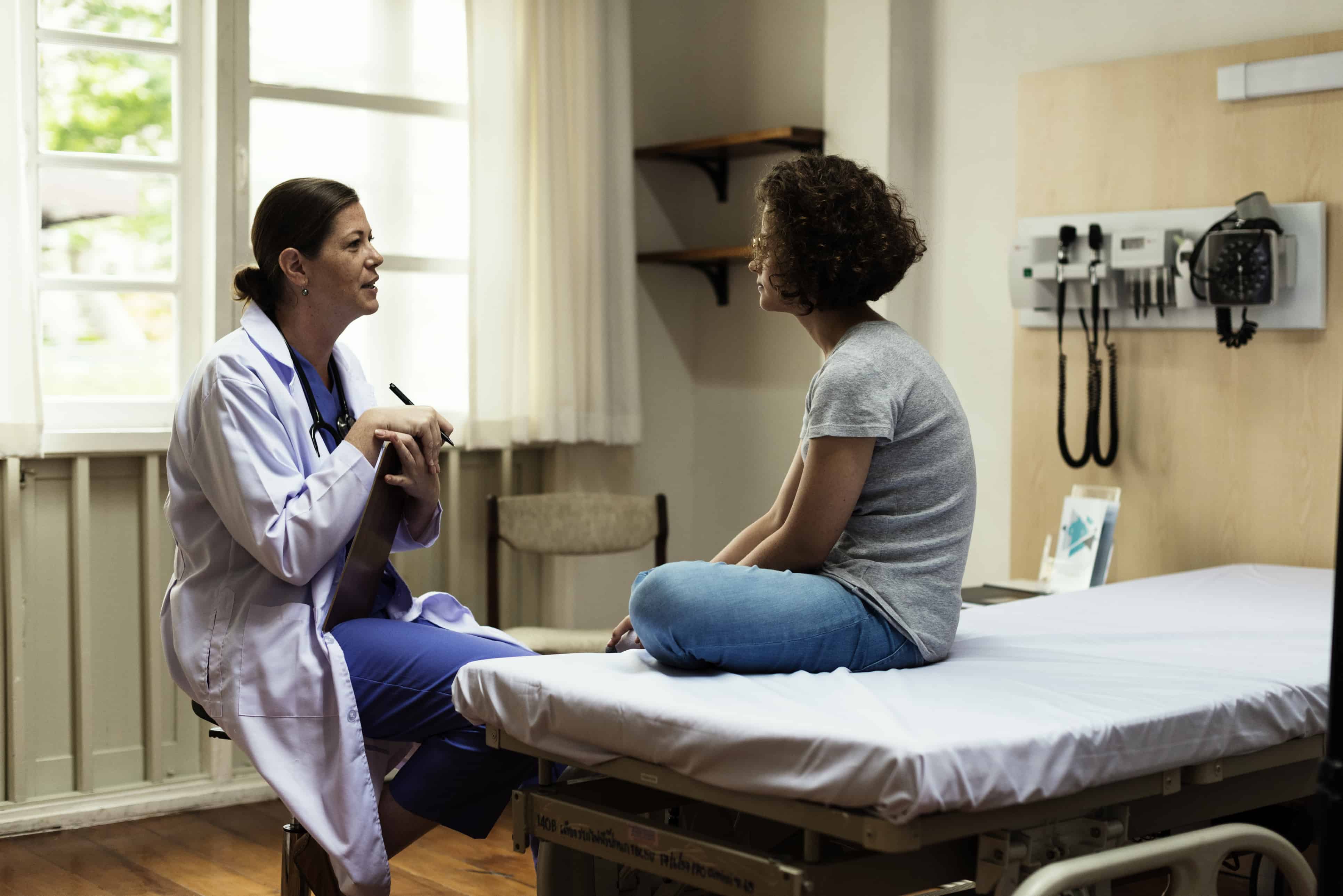 Dealing with irritable bowel syndrome is frustrating and uncomfortable, but it doesn’t have to rule your life. If you experience changes in your bowel movements, abdominal pain and cramping, or gas, speak up! A visit with a doctor might be the first step to feeling more comfortable in your body and more in control of your daily routine. “We can be educated managers of this condition,” says Fahdari. “Or we can allow this condition to manage our lives.”