Should Children Be Playing Contact Sports? The Risks And Benefits Of Youth Athletics

Children playing contact sports has been a hot topic for years. Is there enough evidence to warrant pulling kids from sports completely? 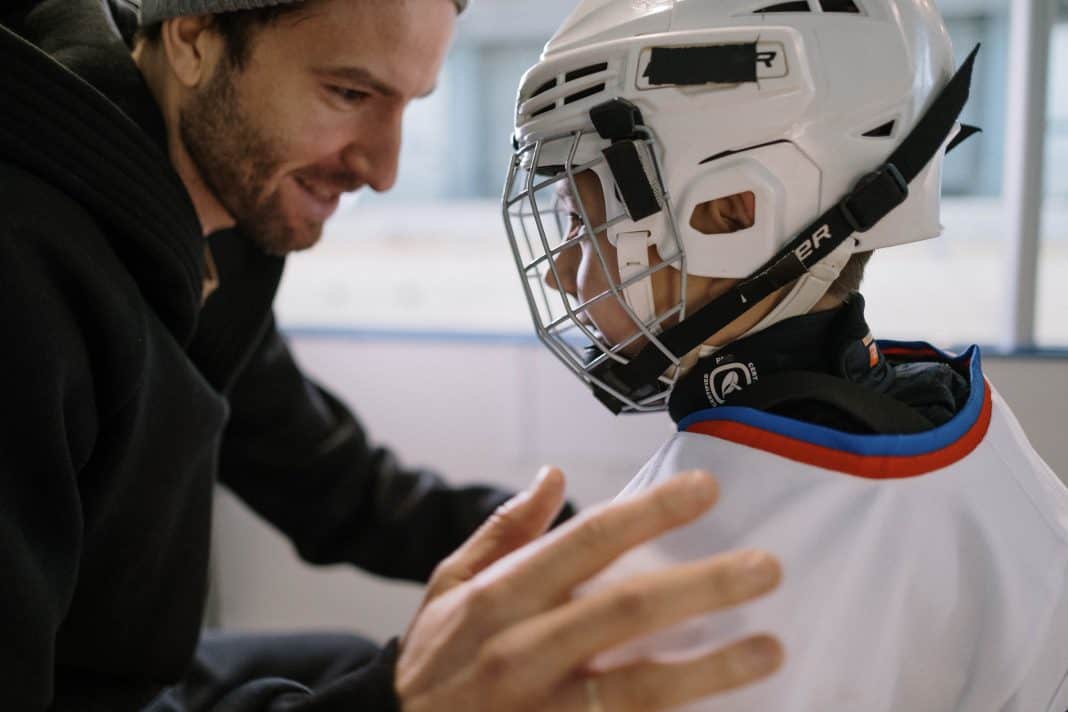 “Do I love hockey more than I love my child?” This is the question Bennet Omalu, a neurologist and forensic pathologist, asked in his book Truth Doesn’t Have a Side. Omalu is famous for publishing groundbreaking research documenting the damaging effects of football on professional athletes in America. His research changed the way we think about contact sports. In his opinion, no person under the age of 18 should participate in contact sports. The risk, in his mind, is simply too great. In a country in love with sports, this claim has caused many parents to pause and ask hard questions about their decisions regarding their child’s participation in sports. Should all adolescents be withdrawn from contact sports completely? What is the real risk of continuing to let them play? And on the other hand, could there be risks associated with refusing to let your child play team sports?

The Risk of Joining the Team

There is no denying that there are risks associated with participating in contact sports. Recently, a Texas NBC affiliate published quotes from doctors warning against preventable injuries caused by sports. Their specific worries concerned overuse injuries (injuries caused by too much stress on a certain body part). According to the article, these injuries are so common, they’ve reached “epidemic levels.” Doctors said these injuries could be prevented, however, by scaling back on training in childhood sports. The risk of traumatic brain injury is also gaining national attention. Participating in competitive sports puts young athletes at a high risk of sustaining at least one concussion in their lifetime, according to research published by JAMA: The Journal of the American Medical Association in 2017. Of the survey’s 13,088 adolescent responders, 14 percent reported sustaining at least one concussion. When responders also reported participating in competitive sports, that number increased. This isn’t surprising, considering that sports accounted for roughly half of all concussions in adolescents, according to a 2013 report published in JAMA. The good news is that concussion symptoms are typically temporary. It isn’t common for adolescents to experience lasting effects from a properly treated concussion, according to the Mayo Clinic. The real concern about concussions pertains to the risks that come with repeated or compounding concussions. One study performed pre-season cognitive testing on high school adolescents, examining for symptoms of impairment and asking students to self-report concussions. The adolescents who reported more than one concussion were more likely to exhibit cognitive, sleep, and physical symptoms. The symptoms for students reporting three or more concussions were more likely to be significantly more severe.

The Risk of Benching Your Kids

All three experts who contributed to this article are in favor of participation in high school sports despite the risks involved. When safety precautions are taken, experts believe sports are an important part of the adolescent experience.

Deciding whether to withdraw kids from sports or involve them is not an easy choice. For parents who want their child to remain involved in team sports, however, there are a few guidelines they can follow to keep kids as safe as possible during practices and games. One of the first things to know is that some contact sports simply aren’t worth the risk; McLaughlin doesn’t believe there is any reason for adolescents to be involved in boxing or mixed martial arts. In these sports, hitting someone in the head is part of the strategy. “The goal of boxing is to give somebody a concussion,” he says. Outside these two sports, McLaughlin says contact sports are getting safer for children. He notes that, because we have greater awareness, it may seem like concussions are becoming more frequent, when we’re really just getting better at detecting injuries. Additionally, thanks to the research on brain injury in contact sports, rules at the high school level are changing to increase safety. To guarantee that the team a child plays for is implementing safe practices, McLaughlin advocates for high parental involvement in sports. He says it is currently lacking, but it is the only way to be certain your child is safely participating in their sport of choice. Parents should go out of their way to educate themselves on safety practices that can decrease the risk of injury in their child’s sport. In the unfortunate instance that a child is injured while playing contact sports, the right response is crucial. Specifically, parents should take action and take their child to a health professional any time the child experiences loss of consciousness or memory impairment after a hit in sports. More common symptoms include tiredness, headache, and sound and light sensitivity, but loss of conscious and loss of memory are the biggest indicators that the child needs immediate medical care, according to Davis. “If someone has any symptoms of concussion, they should be removed from play, and they shouldn’t be allowed to return to play until they’ve been cleared … by the appropriate healthcare professional,” says Williams.   According to Williams, experiencing a second concussion before the first has healed poses serious risks to all athletes. Additionally, he notes that emerging research suggests sub-concussive brain injuries can add up over time to create some of the same effects a full-blown concussion can create. For this reason, he pushes for reduced blows to the head in general in contact sports. He encourages parents to discuss ideas for reducing contact during practices with coaches as well as teaching athletes proper techniques. He also encourages athletic officials to enforce the new rules that have been created to minimize risks. Lastly, Davis, who is a strong supporter of participation in team sports, believes monitoring should be non-negotiable. “One thing that I think schools really need to implement … is requiring baseline cognitive testing for anyone who is going to play a sport,” she says. “Contract with a neuropsychologist and have them do baseline paper-and-pencil testing.” This would create a baseline for all participating athletes, says Davis. That way, if they were to experience an injury like a concussion, trainers and coaches would have a starting point to measure the impact of that injury. Without this initial test, post-injury testing is inaccurate. Ultimately, it is a parent’s choice if their child will participate in team sports. If you have any concerns about your child’s unique circumstances, it is always a good idea to consult with a doctor before allowing a child to become involved in activities with a risk of physical injury. With their help and proper education, you can confidently make a decision you feel is best for your child.