Parents Of Successful Kids Have These 7 Things In Common, According To Science

Every parent wants their children to be successful in life. Here are seven lessons that are common links between the relationship of parents and their successful kids. 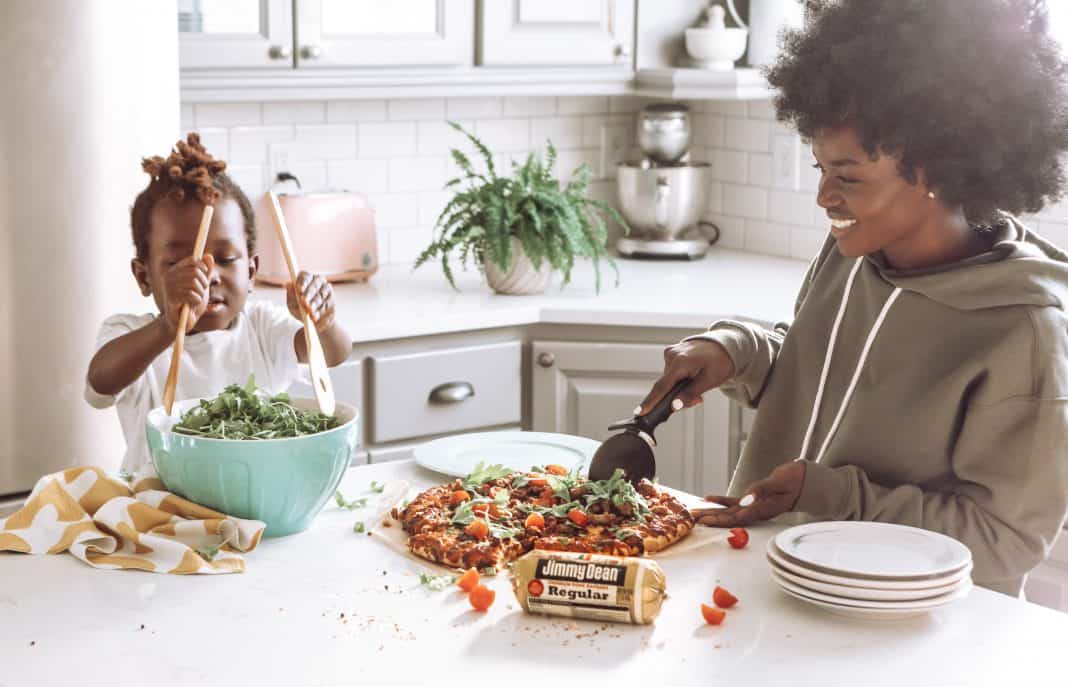 Parents have a great responsibility to raise their kids to the best of their ability. Here are seven things that parents who raise successful children have in common. Adopting some of these practices may help to ensure the growth and success of your children now and in the future.

They make their kids do chores.

If you never teach your kid to do their laundry because they aren’t great at sorting, you aren’t doing them any favors. They’ll go off to college and, as actual adults in the world, will not know how to do their own laundry. And that’s pretty insane. The most important thing to realize with chores is that you’re teaching your kids responsibility (not to mention that if they don’t do these things, someone else will have to). Julie Lythcott-Haims, former dean of freshmen at Stanford University and author of How to Raise an Adult, said, “If kids aren’t doing the dishes, it means someone else is doing that for them, and so they’re absolved of not only the work, but of learning that work has to be done and that each one of us must contribute for the betterment of the whole.” Lythcott-Haims goes on to elaborate about how teaching your kids when they’re young to do chores and have responsibility will most likely shape them into better employees, teammates, and people of empathy because they’ll have more understanding of independence and hard work.

They teach their kids social skills.

There was a 20-year study done on kids beginning in kindergarten and following them until they were 25 years old. The research found a huge correlation between kids learning social skills in kindergarten and going on to become successful adults versus those who did not learn the proper social skills. As summarized here, “The 20-year study showed that socially competent children who could cooperate with their peers without prompting, be helpful to others, understand their feelings, and resolve problems on their own, were far more likely to earn a college degree and have a full-time job by age 25 than those with limited social skills.” This theory is more important than ever today because of the constant use of iPads and phones as a means of distracting a child while adults enjoy their meal or socialize. It’s incredibly important to teach young kids proper social behavior as well as emotional behavior and tools to deal with everyday situations.

The family gets along.

We understand this may not always be an achievable situation, but hopefully the parents are willing to try. It may be common knowledge that kids whose parents get along tend to do better emotionally than kids who grow up in a house with parents who fight, but it’s also proven true that kids tend to do better with a single, happy parent over two parents who do not get along. Conflict prior to a divorce can have a major negative impact on the child. What is also key to a child’s well-being is how the parents get along after the divorce. Business Insider says, “One study found that, after divorce, when a father without custody has frequent contact with his kids and there is minimal conflict, children fare better. But when there is conflict, frequent visits from the father are related to poorer adjustment of children.” The study goes on to explain how kids in their twenties still report pain and distress over the conflict from their parents divorcing from when they were children.

The parents have attended higher education and have good jobs.

This idea goes along with the theory that kids want not just to follow in their parents’ footsteps, but they frequently want to achieve more than their parents. There is a mentality that kids want to make their parents proud. By doing so, they often feel the desire to earn more money or build a better business in an effort to do something that builds on the foundation of what their parents did and goes one step further. In one study researchers found that “Pulling from a group of over 14,000 children who entered kindergarten in 1998 to 2007, children born to teen moms (18 years old or younger) were less likely to finish high school or go to college than their counterparts.” Parents who went to college are more likely to [linkbuilder id=”6668″ text=”raise kids”] who will go to college, and furthermore, when children are young, their parents’ educational level seemed to have a direct effect of the child’s desire for education and occupation well into their forties.

E. Mark Cummings, a developmental psychologist at the University of Notre Dame said, “When kids witness mild to moderate conflict that involves support, compromise, and positive emotions at home, they learn better social skills, self-esteem, and emotional security, which can help parent–child relations and how well they do in school.” An example of this is a kid who witnesses his parents fight and then come to a resolution (and make up happily) or solve another problem together. In these instances, when the child sees the comforting conclusion to the fight, he or she will be happier and more emotionally secure afterward when the tension from before the fight has been released. Therefore, the child will learn to have more of an open mind about constructive arguments and trust in the process to talk about certain feelings, emotions, and things that may be causing problems. Cummings goes on to say, “Our studies have shown that the long-term effects of parental withdrawal are actually more disturbing to kids’ adjustment than open conflict.” This is because the children will feel stress but won’t know exactly why, which could lead to further developmental and behavior problems.

There is a social stigma that parents—especially mothers—should be around their young children as much as possible. But a recent study found that “In fact, it appears the sheer amount of time parents spend with their kids between the ages of 3 and 11 has virtually no relationship to how children turn out, and a minimal effect on adolescents.” The research goes to explain how helicopter parenting or forced parent/child time could actually have a negative effect on the child because the parent is stressed during their time together. Whether it’s because of work, marital problems, or any other reason, the stress is passed on to the child. This is called “emotional contagion,” which is the psychological phenomenon in which people “catch” feelings from one another like they would a cold. The most important factor was the focus on quality time with children versus quantity. It’s not so much about the number of hours, but what goes on during those hours. Talking, going outdoors, exploring are all examples of quality time; doing activities together benefits the child more than just sitting around and watching television.

Valuing Effort Over Focusing on Failure

There is an ancient proverb that says, “Fall down seven times, get up eight.” There are countless other adages that explain the idea that much more emphasis should be placed on trying, failing, and trying again versus the notion of succeeding or not succeeding. This article about “fixed mindsets” and “growth mindsets” further explain this concept, which is summarized here: A “fixed mindset” says that our character, intelligence, and creative ability are predestined traits that we can’t change. Essentially, if you fail, you are never going to learn. You’ll always fail. A “growth mindset,” on the other hand, thrives on challenge and sees failure not as evidence of a lack of intelligence but as a platform for growth and for stretching our existing abilities. Therefore we must teach our children the importance of learning from failure and using what they’ve learned to try again—only this time with more knowledge. One way to look at this that many kids can relate to is if you’re playing a video game and you die at a certain point, you don’t give up. You play again, and now that you know there is someone hiding behind that wall, you’ll be prepared. You have learned from your first time and will use that knowledge to advance further in the game—just as you do in life.