5 Mistakes Homeowners Are Bound To Make

Knowing what to look for can save homeowners serious cash. We consulted the experts and compiled the top mistakes to avoid. 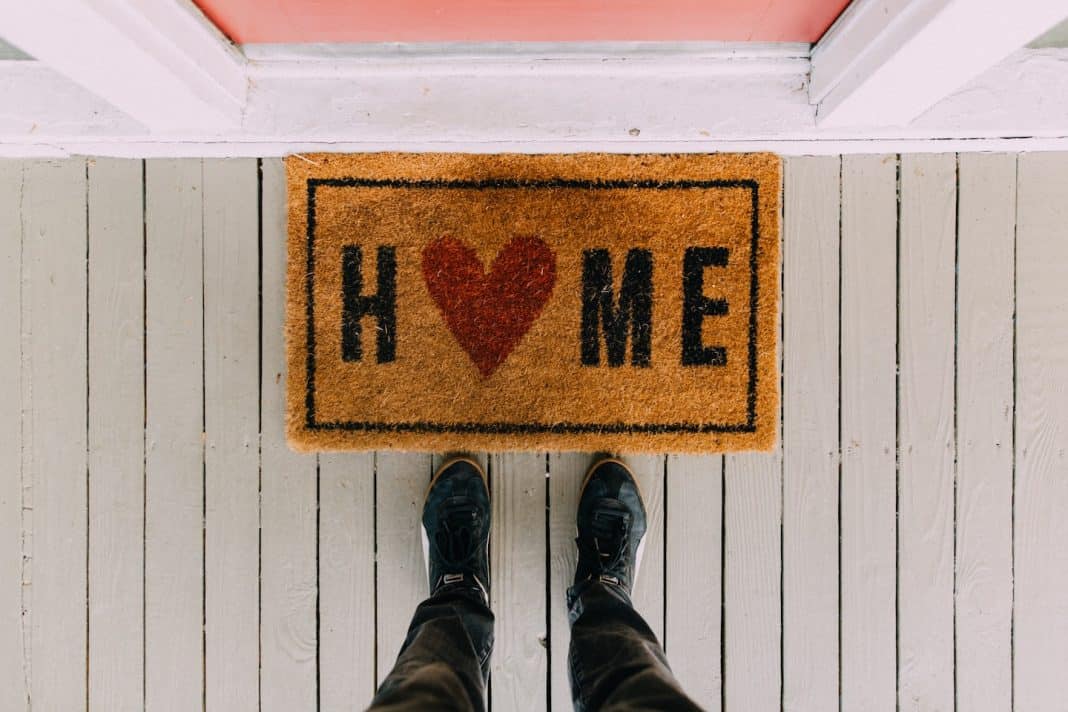 There’s a great big myth that comes with buying a house. Your mortgage, that giant bill that floats over your head for 20 to 30 years before you finally pay off the bank, is the most expensive part of owning a house. Right? Wrong! When it comes down to it, that princely sum you put down on your dream digs is just the start of it. According to the folks at Bankrate, the average homeowner spends at least $2,000 a year on maintenance services alone. And in the most expensive areas of the country, Angie’s List estimates it actually costs $2,000 or more a month to own a house, once you add in mortgage, utility costs, real estate taxes, property insurance, maintenance, and repairs. Even when you work your way down their list to cheaper spots around the country, homeowners are still facing figures in the triple digits to keep up with all it takes to own a home. Okay, now hold on a second. Don’t start freaking out. There are still plenty of science-backed benefits that come with buying your own place, especially from a social perspective. Owning your own space can make you feel good, and that’s always a good thing. What you need is to be prepared for some of the OMG, I didn’t even think about it issues that tend to come up for homeowners…that end up costing them serious cash. We asked HealthyWay readers to fess up to some of their worst mistakes as homeowners. They shared, so you can avoid their fate!

“This is embarrassing, but I really didn’t think about our roof at all until the night we woke up to water pouring into our bedroom. We have a two-story house, and I just … didn’t have a reason to really look up, but when the contractor showed up, he showed us all the gross shingles we should have noticed as a sign that the roof needed to be replaced!” —Maria B.

A leaky roof can come out of nowhere, and it’s typically not something you’ll notice, at least not until you spot that strange-colored ring on the ceiling—if you’re lucky enough to spot it before the water actually leaks through! The average roof repair can cost anywhere from $334 to $1,238, according to the estimates from HomeAdvisor, so sooner rather than later is key to saving cash. “Roofs are sometimes one of the most neglected—and expensive—components of a house,” says Roger Kautz, owner of Hearthstone Home Inspections in Menomonee Falls, Wisconsin. “Ideally, one should look at his or her roof—by walking on it if possible—annually, or at least every three years,” Kautz advises. “Obviously, a water stain on your ceiling is a Do not ignore sign of a problem, but other issues to be looking for include curled, cracked, damaged, or out-of-place shingles, metal or rubber flashing—the material used to bridge gaps—that is damaged or not providing a secure seal between components, damaged or clogged gutters, and cracks or deterioration in chimneys.” If you’ve got a drone, Kautz suggests putting it to work to do a view of what’s going on on top of your home, without ever having to leave the ground. “People who have drones now have one of the best tools for inspecting roofs, and if they do it often enough, they are more likely to notice any irregularities,” he says. It’s also wise to clean your gutters twice a year, says J.B. Sassano, president of Mr. Handyman. It will help prevent roof issues and protect other parts of the home as well. “Failing to clean gutters can lead to serious and expensive repairs including roof damage, wood rot on decks, windows, and doors, et cetera,” he explains.

“We forget to change the water filter, resulting in no water to the second floor shower … which lead to changing the water filter at 1 a.m.—after getting home from an event where we were sweaty, dirty and gross—in our skivvies so we could shower!” —Sandra H.

Filters do big jobs all around the house—from the devices filtering rust out of our water to the air conditioning filters snatching dust out of the air. But the more they clean our air, water, and more, the more clogged they get. The fix is two-fold, Kautz says. First, and most importantly, buy good filters! “One should stay away from the really cheap, see-through filters, as they trap only big stuff,” he advises. “The rule of thumb is to replace basic filters every month, during both the heating and cooling season. Better filters can last for up to three months, and the thick 4- or 5-inch filters are typically changed once a year “Every house and family is different, however, so I recommend one begin by checking the filter monthly, and if it is not obviously dirty, it may be fine for another month,” Kautz notes. If you’ve got an oil-burning furnace, it’s also recommended that you get an annual tune-up and cleaning from a professional in addition to making the filter switches as needed. If you’ve got a gas furnace or boiler, you can likely get by with check-ups every two or three years instead. “But homeowners should also refer to their warranty and not void it by skipping tune-ups,” Kautz warns.

“We were trying to save money, so I would set the temperature in the house down while we were out during the day, then turn it back up when we go home. I completely forgot that the pipes needed the heat, too, and I got home from work to find one pipe had burst and we had water everywhere.” —Tina T.

Water can do big-time damage in no time, so it’s no surprise that burst pipes are not just one of the most common plumbing problems, but one of those home repairs that can cost you big money. HomeAdvisor estimates repairing water damage costs over $2,500, and that doesn’t include the cost of installing new pipes! “When pipes freeze, they restrict running water, which prevents completing normal tasks such as taking a shower or cooking,” Sassano says. But that’s the least of the problems for many homeowners. When water freezes, it also expands, and if there’s not enough room for that expanding ice, a pipe could burst, sending water everywhere. If you’re planning to turn down the heat, it’s important to drain the pipes and turn off the water line. That’s the easiest way to prevent the water from freezing inside. If for some reason you can’t do that, it’s important to check the pipes. “The most susceptible pipes to freezing are outdoor hose bibs, water sprinkler lines, plumbing in unheated interior spaces lacking insulation such as basement, garages, crawl spaces, et cetera,” Sassano warns. He suggests watching for frost on exposed piping; that will indicate it may be frozen. If you fear that your pipes are frozen, turn off the main water line, then open the faucet that is supplied by the frozen pipe to release pressure. You can then apply heat by turning up the thermostat or using a hairdryer or electric heating pad, Sassano suggests.

“My bedroom closet is in a dark corner of the room, and it doesn’t have a light in it. It started to smell a little musty, but I didn’t think anything of it. Come to find out, my closet ceiling and walls were full of toxic mold. Apparently the sink in our upstairs bathroom was leaking into my closet for months, and it cost us almost 10 grand to fix it all!” —Lyn R.

Mold isn’t just unsightly. It can be downright dangerous, causing a range of respiratory problems. It can also be a huge headache for a homeowner, with estimates for mold remediation sitting at more than $2,000 on average. The good news, Sassano says, is that most mold growth can be prevented before your home turns into a health hazard. That’s because mold is a bacteria that flourishes in moisture. Warding off that moisture, or cleaning up any water immediately, can keep mold from taking hold. Every spring, Sassano suggests checking your attic for mold, as it’s one of the most susceptible spots. Attics should be well ventilated and properly insulated to ward off mold growth. Any leaks—from the roof or anywhere else in the house—should be dried up immediately.

“We had a fire a few years ago because the vent from our dryer to outside backed up. The fire department came really fast, and we were really lucky, but it was so scary! I never knew you needed to have the vent cleaned.” —Christa O.

Nearly 3,000 dryer fires are reported every year, costing some $35 million in property losses and an estimated five losses of life, according to the U.S Fire Administration (USFA), a division of FEMA. Startling as those statistics might be, there is good news: These fires can easily be prevented with regular dryer cleanings. The USFA urges people to clean the areas where lint is readily apparent—the lint filter and the back of the dryer—as well as the dryer vent, the oft-ignored catchall for the lint being expelled as the machine sucks the moisture out of your favorite pair of jeans.  “If your clothes aren’t fully dried after a dryer cycle or an odd smell appears or your exterior vents aren’t expelling air,” Sassano says, the culprit is likely your dryer vent. The issue should be addressed immediately. Many homeowners forget about the dryer vent that connects their machine with the rest of the world—usually a vent to the outside of the home. That should be cleaned at least once a year, Sassano says, preferably by an expert who can cart away the build-up that tends to spark a fire. The USFA is more cautious, recommending the vent pipe be cleaned every three months.