How Do Magnetic Eyelashes Work? Our Honest Review

Want lush lashes? Read this before shelling out for magnetic lashes. 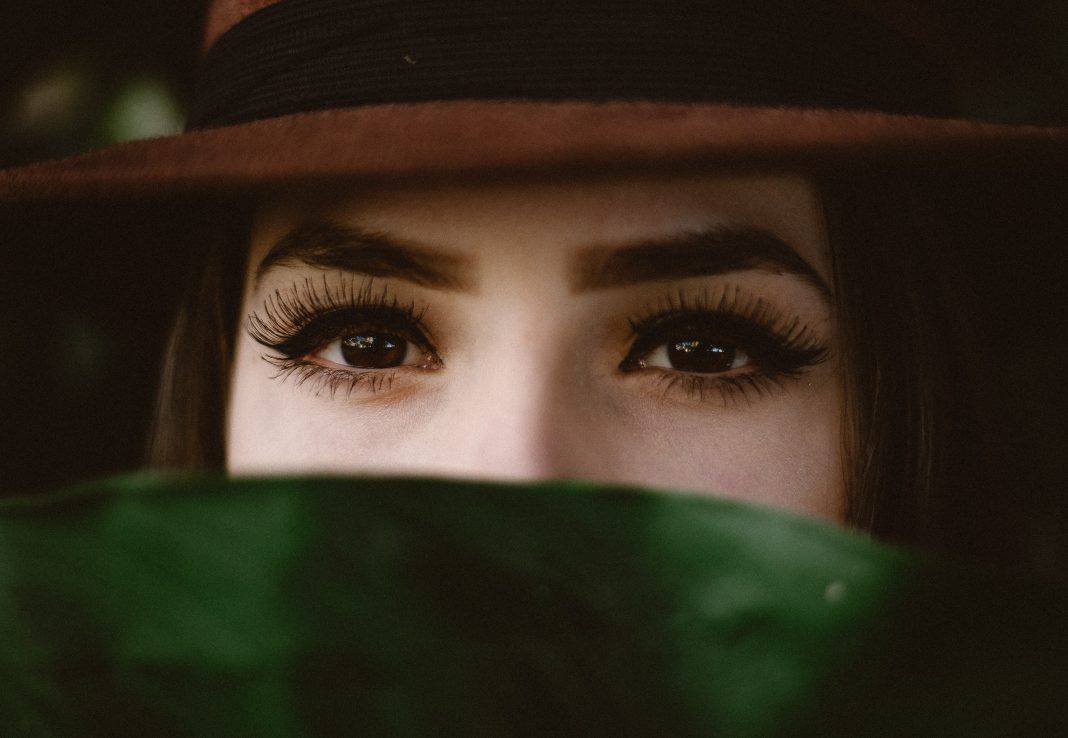 Occasionally, we’ll come across a beauty trend so intriguing, we just have to try it for ourselves. And nothing helps unleash the Liz Taylor inside any woman like a good pair of fake lashes. Enter: magnetic eyelashes.

The idea of an easier way to apply the famously challenging false lash had us immediately smitten with the idea of magnetic lashes (they had us hooked at “glue free”). Trying to decide if it’s worth it for you to splurge on this beauty trend? Read on to find out if magnetic eyelashes live up to the hype.

What Are Magnetic Eyelashes?

Do glue-free fake lashes sound too good to be true? Well, hold on to your hats, ladies, because magnetic eyelashes are exactly what they sound like: fake lashes that attach to your lash line using teeny-tiny magnets.

Plus, magnetic eyelashes come in a variety of styles, so whether you’re using full strip lashes for a glam effect or simply using accent lashes to complement your real eyelashes, you can probably find a look that works well for you. Magnetic eyelashes are a great way to enhance your natural beauty in a way that’s a lot less… sticky.

How Do Magnetic Eyelashes Work?

Just like applying any type of strip lashes, there’s a bit of a learning curve when applying magnetic lashes. We were hoping for a magical answer to the woes of using falsies, but alas, these eyelashes are magnetic, not magic.

The good news is that unlike applying other fake lashes, the stakes are pretty low. If you mess up, all you have to do is pull the magnetic strips apart and reposition your lashes. No risk of gluing your finger to your eyeball with these.

Figuring out how to put on magnetic eyelashes is simple enough. A set comes with a top and bottom lash for each eye. To apply them, take the top lash and line it up with your natural lash line, gently pressing it into place. With your eye open, take the bottom lash (which will usually be marked by a dot or other indicator) and line it up underneath the top magnetic lash along your lash line. When both lashes are lined up, the magnets will lock together. Voila! Luscious, fake lashes.

Reading a magnetic lashes review before you buy is a good idea, especially given the fact that these lashes have the potential to last a long time.

Initially, we found magnetic eyelashes to be very difficult to apply. When using a cheapie set from the drugstore, it was impossible to keep the top lash in place while adjusting the bottom lash. So, we contacted Ardell, one of the biggest names in fake lashes (and, incidentally, makers of the magnetic eyelashes we tried), to see if they had any tips on how to put on magnetic eyelashes.

Jasmyn, a helpful customer service rep, instructed us to apply one coat of good mascara to natural lashes prior to putting on the magnetic lashes. The mascara bulks up your lash line, giving the magnetic top lash something to stick to, so they don’t wiggle around as much while you’re positioning the bottom lash.

We also discovered that you don’t need a whole lash strip to get the glam effect Jasmyn’s advice was to cut each lash in half and use them at the outside corner of your eye. You’ll end up with lashes that are still noticeably fuller, with the added benefit of magnetic lashes that are much easier to apply. 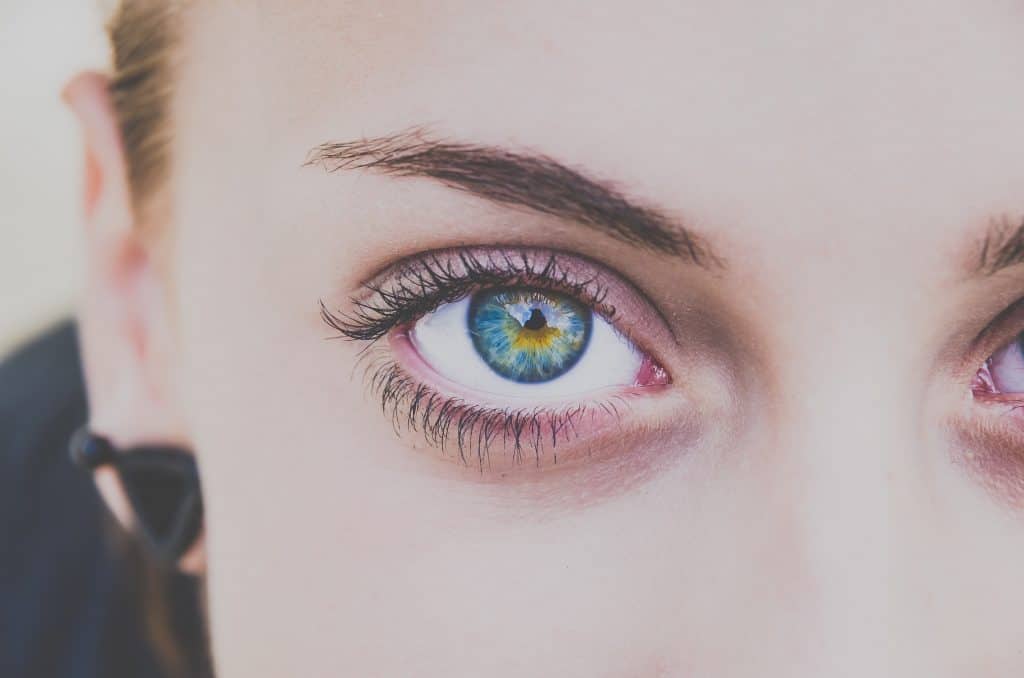 Magnetic lashes from One Two Cosmetics aren’t cheap, starting at around $60 for a set. But, they do have the best reviews online when compared to other brands, and as a brand, they’ve pretty much set the standard for magnetic lashes. Founded in 2014 by Katy Stoka, One Two Lash was the first brand to create the groundbreaking technology.

One Two Cosmetics’ magnetic eyelashes come in both half last sets and full lash sets. According to the FAQ section of their website, they should fit any eye shape because they’re applied to the outer edge of the eye only. In addition, they’re made of synthetic fibers, so they’re vegan and cruelty free.

Ardell has been helping give natural lashes a boost since 1971 with a wide range of beloved, affordable, fake lashes. For around $15, you can purchase Ardell’s magnetic eyelashes in almost any makeup store or drugstore.

For our research, we tried the Double 110 magnetic lashes out. It took a minute to figure out how the heck to put the magnetic lashes on, but once we got them locked in place, we definitely liked the results. If you’re looking to save a few bucks while trying this trend, Ardell is worth a shot.

MoxieLash is worth a mention on this list, if only because they’re one of the most well-known magnetic eyelashes brands on the market. Founded in 2017 by Val Yakovchik, Moxie lashes created a brand that helped build the hype around the trend as we see it today.

They’re not all hype, though – MoxieLash is beloved by many users who swear by them, and they have some of the highest ratings on Amazon.

Are magnetic eyelashes safe to use?

Although magnetic lashes are pretty safe to use, there are few things you should do to care for your magnetic lashes and your eye health. As with anything that goes near your eyes, magnetic eyelashes should always be applied with clean, dry hands to prevent bacteria from getting in your eye and causing an infection.

Why use magnetic eyelashes?

Why bother with magnetic eyelashes? Well, for one thing, they’re eco-friendly. As long as you take care of them, magnetic eyelashes will last indefinitely. Unlike fake lashes that use glue, magnetic eyelashes don’t need to be gently cleaned after each use if you want to wear them again. And while you might not think twice about tossing a pair of fake lashes in the trash at the end of the night, over time, those wispy little lashes can add up to a lot of trash, especially when you consider the plastic packaging they often come in.

If you’re trying to save money and live within a budget, magnetic eyelashes are a much better investment. Opt for a work-appropriate pair of accent lashes for day and a pair of come-hither bombshell lashes for night that you can use again and again, instead of hitting up the drugstore every week for a new set.

Finally, magnetic eyelashes may be a better option than fake lashes that use glue if you have super sensitive skin or allergies, since no abrasive glue is needed. Some medications that promise to lengthen lashes can actually change your eye pigmentation permanently (yikes!), so magnetic eyelashes are a low-risk alternative that won’t damage your baby blues.

Are magnetic lashes really worth it?

Like all groundbreaking beauty products, magnetic lashes get mixed reviews. Some beauty buffs absolutely love the look of magnetic lashes, while others aren’t impressed.

We’re under the impression that magnetic eyelashes are a lot of fun… after the initial trial and error (read: lots of error) of learning how to put them on correctly. So whether you decide to shell out $70 for the fanciest pair, or keep the $15 lashes in the back of your makeup drawer for special occasions, we say it’s a trend worth trying. If for no other reason than to avoid all that glue. But if you’re looking for a steadfast alternative, try out a heated eyelash curler instead, which gives you all of the volume of false lashes with a fraction of the effort.