Is Sushi As Healthy As It Seems? (Plus, How To Make A Super Nutritious Sushi Bowl At Home) 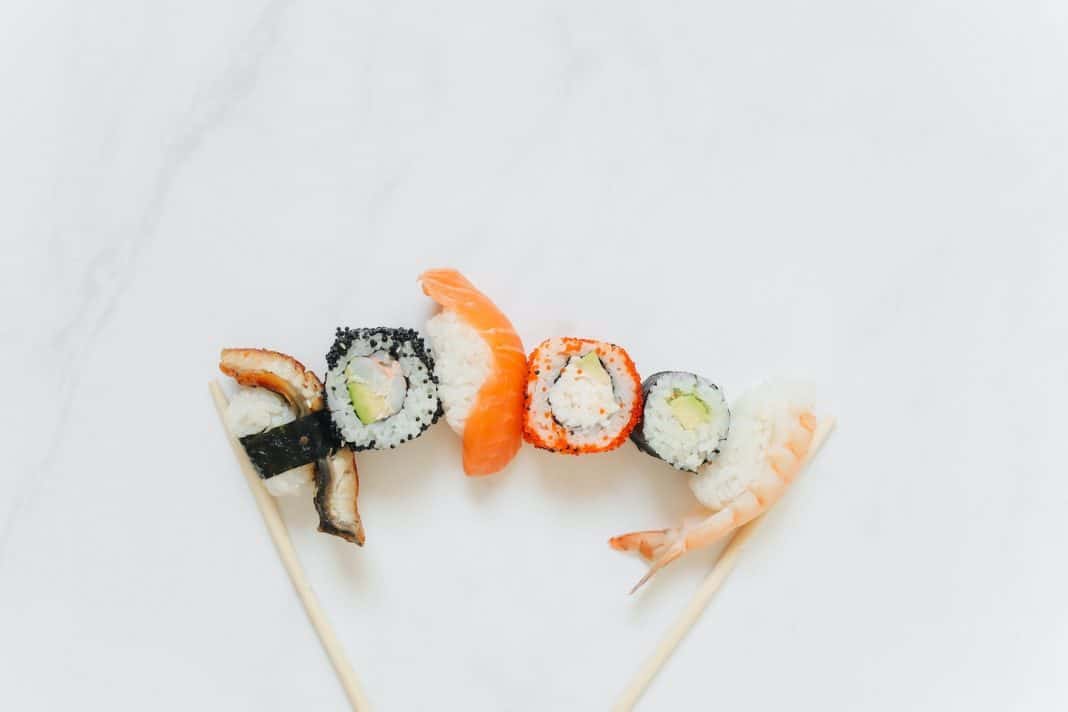 Raw fish, seaweed, rice, and plenty of sliced veggies; what could possibly be wrong with this scenario? After all, sushi is a nutritious and low-calorie takeout option, isn’t it? The answer to that question is more complicated than you might think, but it’s an important discussion to have, especially if you eat sushi multiple times a week. Let’s start with the bad news first: Unhealthy sushi does exist (and it’s not always obvious). The good news is that there’s plenty of healthy and delicious sushi to be had once you know what to look for next time you place an order.

Cristel Moubarak, registered dietitian and founder of nutrition consultation company nutriFoodie, says that when it comes to sushi, there are two concerning factors: sugar and salt. “The rice is glutinous and breaks down really quickly in our stomach. Also, the sauces used may be heavy on the sugar and mayo,” she says. These ingredients have a moderate to high glycemic index, which means they can potentially cause your blood sugar to spike (leading to an eventual inevitable energy crash). Sushi gets its salty side from sauces, soy sauce, and miso, so Moubarak suggests asking for less sauce or for sauce on the side with your order. Fried items such as tempura or deep-fried sushi rolls are high in fat and low on nutritional value, but if you can’t resist these crispy selections, Moubarak recommends ordering to share with the table.

Life Hacks for Ordering and Enjoying Healthy Sushi and Sashimi

Moubarak’s first suggestion for making sushi as nutritious as it can be is to always add vegetables to your meal. Whether that means a side salad at a sushi restaurant or some colorful crudités to pair with your takeout, a side serving of veggies will offer plenty of fiber and vitamins. It will also fill you up so you don’t overindulge. Moubarak recommends that sashimi fans order their favorite roll and get sashimi as a complement to the meal. This easy guideline allows you to indulge while still reaping the nutritional benefits of raw fish. Her final tip is to hydrate and pace yourself. Drink plenty of water and warm tea as you eat; this makes it easier to listen to your body’s hunger cues and prevent overeating.

What’s the deal with sashimi?

Sashimi (small pieces or slivers of raw fish) is an important part of the sushi experience. Rich in omega-3 fatty acids, vitamin B, and selenium (as well as being a good lean source of protein), sashimi is generally a good option on its own or as a complement to a more calorie-dense sushi roll. For example, a 3-ounce serving of salmon sashimi has only 121 calories, an impressive 16.9 grams of protein, and 45 percent of the recommended daily intake of vitamin B12.

The Raw Facts About Sashimi

The issue with sushi and sashimi is not necessarily the fact that it’s raw, especially since all parasitic fish (such as salmon, tuna, or monk fish) is flash frozen at –31° F or below and then stored at that temperature for 15 hours to kill any existing parasites (such as tapeworms or anisakiasis). The concerns surrounding the consumption of sashimi and sushi stem from methylmercury contamination and the fact that some of the fish most commonly used as sashimi and in sushi contain high levels of methylmercury. Methylmercury contamination begins in sea plants and small fish and is passed on through larger and larger fish so that predatory fish ultimately contain the most methylmercury. Whenever possible, avoid swordfish, mackerel, and tuna (ahi, yellowfin, Atlantic bluefin, and Atlantic bigeye tuna contain the highest methylmercury levels). Look for seafood with lower methylmercury levels, such as crab, shrimp, salmon, tilapia, canned water-packed tuna, cod, and catfish. Pregnant and breastfeeding women are most at risk because fetal and newborn exposure to methylmercury has been linked to issues with fine motor coordination, speech, and sleep. Although current U.S Food and Drug Administration recommendations suggest women who are pregnant or breastfeeding stick to two to three 4-ounce servings of fish per week, they do advise against consuming raw sushi or sashimi-grade fish.

The Healthy Side of Sushi

Despite the potential pitfalls of eating unhealthy sushi, there are plenty of research-backed reasons to enjoy healthy, lower-calorie sushi on the regular. Maki sushi and sashimi contain plenty of omega-3 fatty acids, an important nutrient that has been extensively studied for its effects on cardiovascular disease, cancer prevention, Alzheimer’s disease, and many other health issues. Nori, the dark green sheet of seaweed encasing (or encased in, depending on the roll) the rice, fish, and other ingredients, has been linked to improved gut health, decreased inflammation, and high amounts of calcium, fiber, and other nutrients. Choose brown rice over white sushi rice whenever possible, as its high fiber content will help you stay full longer. Load up on as many vegetables as you can, whether that’s cucumber, avocado, edamame, or sweet potato. And when it comes to cooked vegetables, skip the tempura and choose anything that’s been grilled or steamed for all the crunch without the added calories. In terms of calories in sushi and calories in sashimi, the number of calories entirely depends on what’s being served with the fish. For comparison, the average shrimp tempura roll comes in at 508 calories, a spicy tuna roll at 290 calories, and a cucumber roll at only 136 calories. An ounce of sashimi contains anywhere from 22 calories (for red snapper sashimi) to 67 calories (for eel sashimi).

Although it’s entirely possible to create healthy sushi at home, the reality is it’s a fairly time-consuming activity (although perfectly ideal for a lazy afternoon weekend). Instead of creating a sushi roll at home, try assembling all your favorite healthy sushi ingredients in a single delicious (and portable) brown rice bowl.

Feel free to improvise with this easy sushi bowl; any and all healthy sushi ingredients will work well in this recipe. This sushi bowl is perfect for office lunches or easy weeknight dinners, just keep the ingredients separate until you’re ready to eat.

*Add the sesame seeds to a dry cast iron or stainless steel skillet and heat over medium heat, stirring frequently until the sesame seeds begin to darken and become aromatic. Transfer to a glass jar or container; store away from direct light and heat until ready for use.