We may not be what we eat, but it’s affecting us anyway. So we talked to some experts to learn how what we eat can affect our anxiety levels. 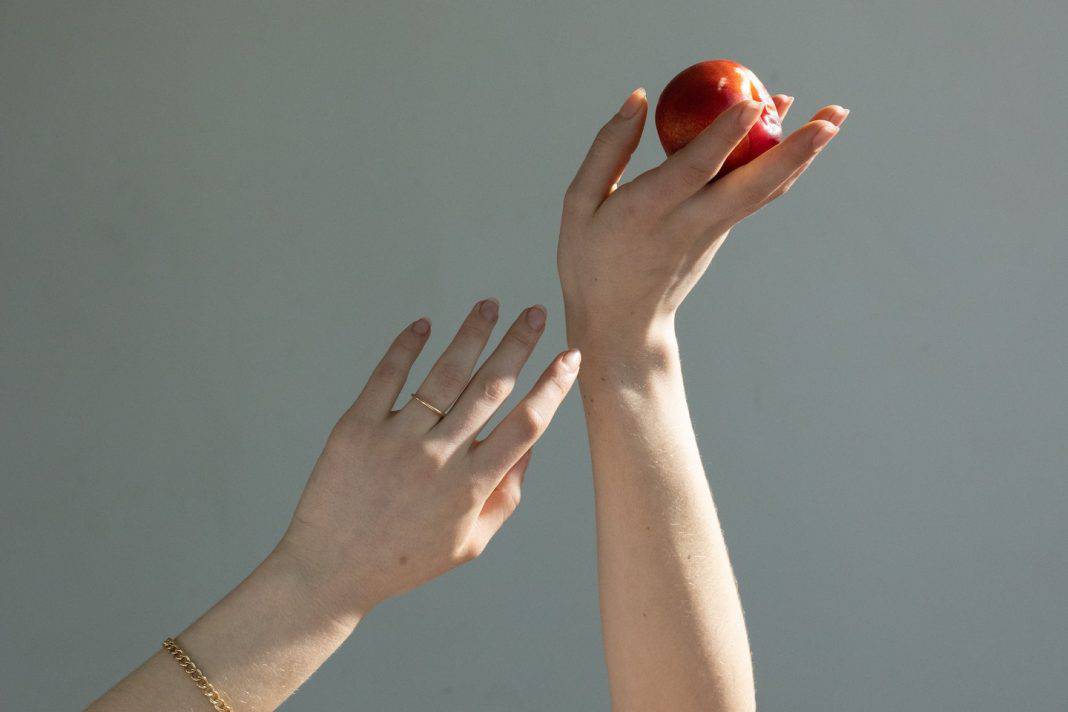 Unless you’re living in the world of Willy Wonka’s chocolate factory, chances are you are not what you eat. And yet, if you’ve been suffering from anxiety—either the kind diagnosed by a doctor or just that general on-edge feeling that hasn’t caused you enough concern to visit your GP—you might want to take a peek in your pantry to see what’s going on. The most common mental illness in the United States, according to the Anxiety and Depression Association of America, anxiety affects about 40 million of us—a whopping 18 percent of the American population. And women are nearly twice as likely as men to suffer from anxiety. So what does that have to do with your food? A lot, according to doctors. An increasing number of studies have begun to formulate a possible link between antioxidants—or the lacktherof—and mood disorders such as anxiety and depression. Low antioxidant levels, some studies have found, seem to have a link to people who are diagnosed with one of these disorders. Other studies have posited that there’s a link between your “gut microbiome”—or the bacteria, microbes, and similar organisms in the gut—and development of anxiety. And there’s long been an understanding in the medical community that there’s a link between poor mental health and nutritional deficiencies. If your body isn’t getting all the nutrition it needs, after all, how can you have good mental health? So does this mean you should upend your entire diet? Maybe not—major eating changes should never be made without a talk with your doctor or nutritionist—but making a few simple menu changes could have an effect on how you’re feeling.

Has your doctor told you to skip the dessert table a little more often? Suggested you steer clear of that midnight ice cream run? That could help more than your waistline, says Staci Gulbin of Light Track Nutrition. A registered dietitian, Gulbin says limiting foods high in added sugar, such as processed foods, sugary drinks, and baked goods can help reduce anxiety triggers. “Anxiety can be worsened by certain foods due to their impact on biochemical markers in the body and mind,” Gulbin explains. “For example, levels of the brain-derived neurotrophic factor have been found to be reduced in rats fed a high sugar diet.”

the difference in my mental state when I cut out refined sugar is so drastic – more energized, less anxiety and more clarity in my thoughts 💭🔆

Not sure how to tell if you’re eating foods loaded with refined sugars? Check the labels, Gulbin advises. “It is convenient now that the nutrition label tells you the difference between total sugars and added sugar in food,” she says. “So you can see that some of the sugar in foods may be due to natural sources like fruit or dairy, which are okay in moderation.”

We are a caffeinated nation. It’s fairly common for most of us to start drinking coffee almost immediately after we get up, and some folks don’t stop until they’re getting ready for bed. And yet some 66 percent of Americans are concerned with limiting their intake of java, according to a 2017 survey of national coffee drinking trends from the National Coffee Association. One possible reason? There’s a bona fide link between caffeine and our mental health. Too much caffeine intake, in particular, has been linked to an increase in self-reported stress, depression, and anxiety. It’s exactly what makes caffeine a great wake-up call every morning that can make it so hard on the body…and our anxiety.

Why do I never learn that the more coffee I drink the worse my anxiety gets?

“Caffeine is a natural stimulant to the nervous system,” explains Natalya Fazylova, a doctor of nursing practice and an associate professor at the City University of New York. Because of this, Fazylova says drinking caffeine “could trigger symptoms of anxiety such as heart palpitations, agitation, insomnia, and jitteriness…to name a few.”

Junk food is delicious. It also tends to be loaded with the sorts of chemicals that cause various disruptions in body functions and worsen symptoms on anxiety, Fazylova warns. She suggests checking nutrition labels for additives and artificial sweeteners such as aspartame, MSG (short for monosodium glutamate), and high fructose corn syrup.

Well…Time to lay off the high fructose corn syrup. It really does seem to incite panic and anxiety in me. Goodbye soft drinks!

In addition to anxiety, additives and processed foods can also have an effect on digestion, which in turn can fuel anxiety. “There is a direct connection between the nerves of the stomach and the brain,” registered dietitian Sarah Mirkin, owner of the Kitchen Coach nutrition coaching service in Beverly Hills, California, says. “If someone is having digestive distress, it will typically trigger anxiety. Those with IBS [irritable bowel syndrome] and uncontrolled SIBO [small intestinal bacterial overgrowth] usually have problems with anxiety.”

So avoid all that. Seek these foods out instead.

As challenging as it may sound to cut some of your favorites—donuts! coffee!—out of your daily intake, it’s not all bad news. Some of the best advice for keeping your anxiety in check may simply be eating balanced meals throughout the day rather than skipping breakfast or loading up at lunch. “It is more important to pay attention to the quality of the food eaten, and not quantity,” Fazylova says. “For instance, one regular sized donut has 320 calories, and one bowl of oatmeal with fruits and nuts might also have approximately 320 calories.” “Doughnuts have only empty calories packed with refined sugars and fats,” she continues, “while oatmeal is full of fiber and other healthy nutrients and vitamins.” What else can you eat?

Lots and Lots of Vegetables

You may not be ready to go full-on vegetarian, but by infusing more into your diet, you could see your anxiety take a dip, Gulbin says. “A plant-based diet not only contains antioxidants that can combat oxidative stress, but other nutrients found in such foods such as potassium, B vitamins, vitamin C, iron, and selenium, to name a few, can help improve mental health outcomes, according to recent research,” Gulbin notes. Brazil nuts, beans, spinach, and similar vegetarian favorites are a good source of selenium, for example, while spinach, broccoli, and lentils will help you load up on iron. Potatoes, sweet potatoes, bananas, and citrus fruits are great sources of potassium, and both vitamins B and C can be found in a variety of fruits and vegetables.

If you’ve ever brewed a nice cup of warm tea before bed to chill out and ready your body for sleep, you’re on the right track, says GinaMarie Guarino, a licensed mental health counselor from New York City and founder of PsychPoint. “Foods that are easy to digest and good for the stomach are great for relieving anxiety,” she notes. “Calming foods like chamomile tea, herbal teas, and foods that are high in antioxidants help relieve and minimize the effects of anxiety.”

Omega-3s are fatty acids loaded with health benefits. The National Institutes of Health touts their effectiveness at helping to relieve everything from high cholesterol to arthritis symptoms. And you can add anxiety to that list too, Mirkin says. “Studies suggest fatty fish, such as salmon, is a natural mood lifter and helps to reduce anxiety,” she notes. “Sardines, walnuts, chia and flax seeds are also an excellent source of omega-3 fatty acids and a natural mood booster.” If you’re not already loading up on omega-3s, it’s worth noting that the Federal Government’s Dietary Guidelines for Americans 2015–2020 includes recommendations that adults eat at least 8 ounces of seafood per week. Not a fan of seafood? There are fish oil supplements and other omega-3 supplements that can be picked up at your health food store. Some are even vegetarian-friendly.

Magnesium-rich foods have long been touted as a fix for PMS mood swings, and it turns out they can have an effect on anxiety, too. You can pop a supplement; studies have found they’re helpful with mild-to-moderate depression. Or you can turn to meal time. Fazylova suggests loading up on eggs, green leafy vegetables like spinach, legumes, nuts, seeds, and avocados for your magnesium fix.

Probiotics tend to make a lot of headlines. Why? Well, live bacteria and yeasts that are actually good for you! “Probiotics are good for restoring gut microbiome,” Fazylova explains, “which helps us to produce our neurotransmitters, including dopamine, serotonin, and GABA [gamma-Aminobutyric acid].” Those neurotransmitters play a crucial role in how the brain works, and they’re directly tied to mental health conditions such as depression and anxiety. Yogurt, sauerkraut, tempeh, and even some types of cheese have probiotics that’ll boost your gut microbiome. While these benefits are packed into these fermented favorites, you can also try probiotic supplements if these don’t seem appealing.

No matter what you eat, Mirkin says, it’s important to remember to eat enough to maintain health without overeating—a tendency that can be tied to anxiety for many people. “They should be eating until they are satisfied, not stuffed or uncomfortable,” Mirkin advises. “People should start eating when they are hungry, not ‘starved.’ The amount varies for everyone, but if you stick with high protein and veggies and moderate carbs, you should be able to eat intuitively.”