The Scoop On Vegan Ice Cream (And How To Make A No-Churn Version At Home!) 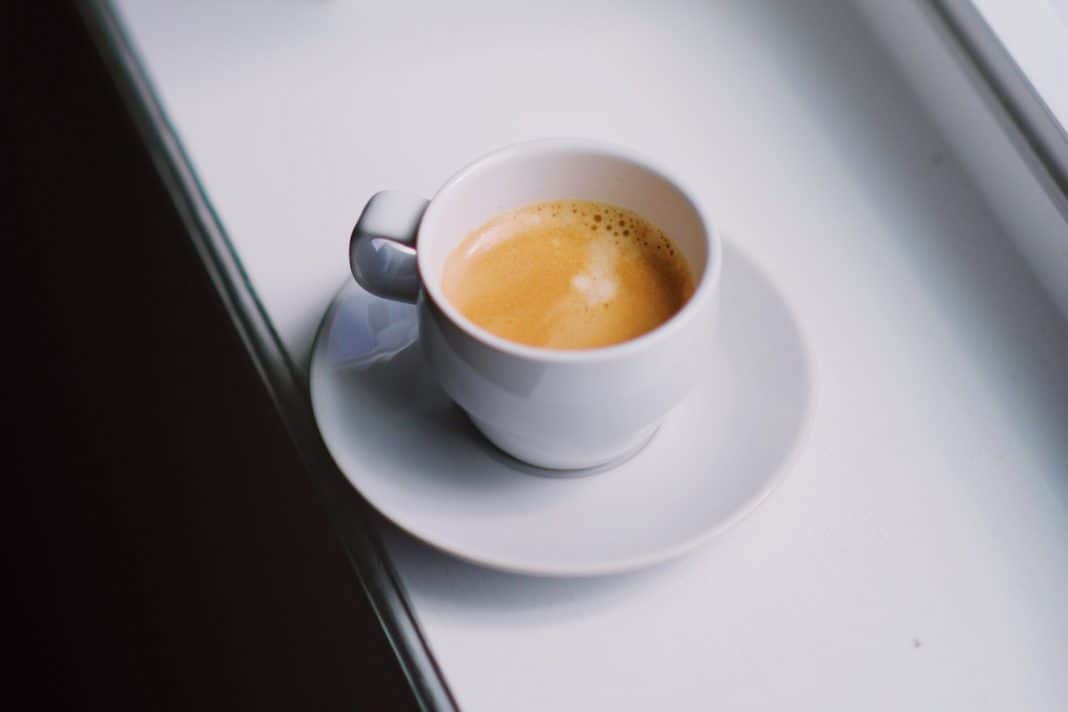 I scream, you scream, we all scream…for vegan ice cream? If you’ve recently switched to a plant-based diet, are lactose intolerant, or are simply expanding your ice cream horizons, you’ll be happy to learn that vegan ice cream has officially become a staple in grocery stores across America. Whether you want in on the Halo Top action all your friends are talking about or you’re interested in creating a no-churn version at home, we’ll tell you everything you ever wanted to know about the delicious world of vegan ice cream.

Traditional ice cream is made with a custard base (meaning plenty of cream and egg yolks, both of which are high in saturated fat), but that doesn’t mean you can’t enjoy ice cream if you follow a plant-based diet (or are just interested in eating healthier cool treats on a hot day). While the ingredients in traditional ice cream are obviously not conducive to a vegan lifestyle, the impact the dairy industry has on the environment may be less obvious. Dairy farms require massive amounts of water to thrive (a single cow can drink up to 23 gallons of water a day), and the Food and Agriculture Organization of the United Nations estimates that 4 percent of all greenhouse gas emissions are a direct result of the dairy industry.

The short answer? Not necessarily. While vegan ice creams may be lower in saturated fat, they can easily match (or even surpass) the sugar content of traditional dairy-based ice cream. As with any treat, enjoy mindfully and in moderation.

No dairy? No problem!

Vegan ice cream can be made from a variety of tasty dairy-free bases, each with its own set of nutritional benefits.

Coconut milk is super creamy on its own, which means it makes an ultra rich base for vegan ice cream. Because coconut milk is actually made from the desiccated flesh of coconuts, it’s high in protein, fiber, and manganese. For this same reason, coconut milk is also very high in calories and fat, so opt for smaller servings or another dairy-free alternative if weight loss is something you’re trying to achieve.

Rice milk is a great lower calorie vegan base for ice cream (Rice DREAM has long been a staple in natural food stores). With a negligible fat and calorie count, rice milk ice cream is a good choice for weight loss and those following a gluten-free diet.

Another common ingredient in vegan ice cream, fortified soy milk is a good source of protein, calcium, and vitamin B12 (an important nutrient that can be difficult to find in vegan foods). Some people prefer to avoid soy because it contains phytoestrogens, a plant-based compound that closely mimics real estrogen. Although at this point animal studies show only a possible correlation between breast cancer and phytoestrogens, those with a history of breast cancer in their family may want to avoid soy products.

Almond milk has as mildly sweet, nutty taste that makes it a good choice for making vegan ice cream. Lower in calories than its other non-dairy counterparts, almond milk is especially high in vitamin E (a powerful antioxidant that is also crucial for a healthy immune system).

With its rich taste and creamy texture, it’s no surprise that cashew milk is regularly used to make dairy analogs. (If you’ve never tried cashew cheese you’re in for a treat!) Given its velvety mouthfeel, it may surprise you to find out cashew milk also happens to be very low in calories and fat. High in vitamin D and B12, this vegan milk has both taste and above-average nutritional value.

Once frozen, bananas become extra creamy when blended and used as a base for vegan ice cream (or “nice cream,” as it’s commonly referred to on social media). As long as you don’t mind a pronounced banana flavor, you can make this vegan ice cream at home, adding other frozen fruits, cocoa powder, or peanut butter as flavoring. Bananas are higher in sugar than most vegan milks, but they have the added bonus of being high in fiber, vitamin C, vitamin B6, potassium, and manganese.

When shopping for vegan ice cream, you may find it’s more expensive than traditional dairy ice cream. Many vegan ice creams are made without the use of cheap stabilizers and contain pricey nut milks and other premium ingredients—all factors that contribute to a higher cost. As with traditional ice cream, though, there are a range of prices to suit any budget. Here are some of our favorites:

Made from almond milk and certified vegan, Ben & Jerry’s iconic peanut butter and cookie vegan ice cream is widely available and a must-have for anyone who loves this classic flavor combination!

Chocoholics rejoice! Just because you’re eating vegan ice cream doesn’t mean you have to sacrifice rich, chocolatey flavor; a few scoops of this decadent cashew milk–based ice cream will leave you swooning. Use the handy store locator to find out where you can get your hands on a pint of this delicious ice cream!

This certified organic coconut-based ice cream is just at home on its own as it is when it’s topping a slice of pie. Readily available at grocery and natural foods stores, this is one ice cream that’s anything but vanilla.

Want to make your own vegan ice cream? Try this tasty no-churn recipe for a sweet treat!

This berry delicious banana and coconut milk–based ice cream can be made with a food processor, no churning required! The trick to achieving an ultra-creamy texture is running the ingredients through the food processor three times, so plan on making this vegan ice cream a day ahead of time if possible. Switch up the flavoring with your favorite frozen fruit (mango and peach slices both work well), but keep the frozen bananas because they’re integral to the texture of the finished ice cream. Either buy pre-frozen banana slices or cut fresh bananas into chunks and freeze on a baking tray before transferring them to a container or resealable freezer bag.

About 3 cups of ice cream

Vegan ice cream should be stored the same way as traditional ice cream. Store in the back of the freezer (not in the door), making sure your freezer is the correct temperature (0° F). If you’re storing homemade vegan ice cream, try do so in a shallow container (such as a loaf tin) and keep it fresh by pressing a layer of wax paper or plastic wrap directly onto the ice cream before covering with plastic wrap or aluminum foil. It’s a tough job, but aim to enjoy your store-bought ice cream within a week of opening (or within 2–3 days for homemade vegan ice cream).

Tips From the Pros for Making Homemade Vegan Ice Cream

Holistic nutritionist and blogger Sondi Bruner says, “I prefer using coconut milk as the base of my dairy-free ice creams. I find it makes a really rich and creamy ice cream, plus it’s packed with nutritious fats” (which you can find in her recipe for Blueberry Lavender Dairy-Free Ice Cream). Christopher Bill, vegan food blogger at Eh Vegan, is passionate about using cashew and coconut milk for the base of his homemade non-dairy ice cream. His number one tip for perfect texture (without an ice cream maker) is using xanthan gum. How come? “It’s a binder. It keeps the water and fat together. Without it, it tends to freeze icy and it loses its creaminess and scoopability.” (Check out his Strawberry Ice Cream recipe for tips on using xanthan gum.) Melanie McDonald, vegan food blogger at A Virtual Vegan, has a trick up her sleeve for creamy ice cream that involves a surprising ingredient: “Add a couple tablespoons of vodka. It sounds strange, but it stops it from freezing too hard and makes it silkier.” Gabrielle Gott, healthy food blogger and certified holistic nutritionist at Eyecandypopper, loves to add a nutty twist to her cashew milk–based ice cream: “I never would have thought to use whole cashews until I tried it. It’s amazing! It makes the texture creamy and easier to scoop as well (homemade vegan ice cream can be quite hard to scoop).” Give this technique a try with her 5 Ingredient Healthy Double Chocolate Cashew Aloe Ice Cream!