7 Traits Kids Get From Their Fathers

Think he looks just like his father? Here are the traits babies actually inherit from Dad. 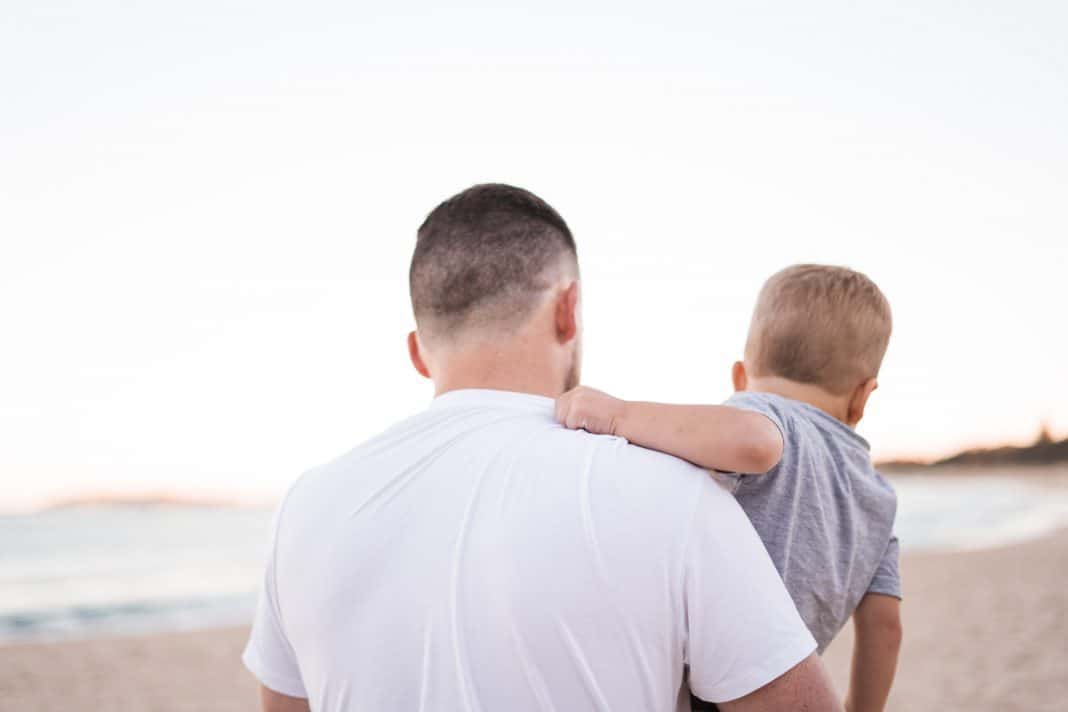 It was a colleague’s suggestion that led Amanda Gorman, a pediatric nurse practitioner, and her husband, Ryan, to discover that their daughter has familial hypercholesterolemia. A genetic disorder inherited from parents, familial hypercholesterolemia is known for causing early cardiovascular disease. It was a long history of cardiovascular problems in Ryan’s family that initially clued his colleague in to the possibility of a genetic disease in the family. “We’ve always known that my husband’s risk factors for early cardiovascular disease were likely high, given his family history of early male deaths and cardiac events under age 50. When he was starting treatment for his high cholesterol in his early forties, his colleague, having heard his family history and seen his numbers, suggested he have his children checked for familial hypercholesterolemia,” Amanda explains. Fortunately, the timing of this suggestion was just right, as Amanda and Ryan’s daughter, who was 3 at a time, was scheduled to have an eye surgery the following week. Knowing she would be sedated, Amanda requested a fasting blood panel in hopes of checking her for symptoms of this genetic disorder. When the tests came back showing elevated cholesterol levels, they knew something was up.

“This gene is thought to result in impaired ability to control inflammation.”

—Jen Stagg
In the end, through extensive testing for her husband, they discovered that Ryan carries familial hypercholesterolemia. Although it is a serious condition with the potential for early cardiovascular events and even premature death, early detection in both father and daughter means they can both live long lives if they adhere to their specific treatment plans. For her husband, this means a healthy lifestyle and a medication regimen, while their daughter is following strict diet until she is old enough to start medication. Familial hypercholesterolemia is just one condition that children can inherit from their dads. Both mental health conditions and genetic disorders like the one mentioned above are things fathers can pass on to their babies. Curious what else a child can inherit from dear old dad? Here are seven traits kids get from their fathers.

1. The Heart of the Matter

In a similar vein, sons can actually inherit a gene from their fathers that increases their risk of coronary heart disease by 50 percent, according to Jen Stagg, a naturopathic doctor who specializes in helping patients make healthy decisions based on their unique genetic makeups. “This gene is thought to result in impaired ability to control inflammation, which is critical in preventing the development of plaque in the arteries of the heart,” Stagg explains. A study led by the University of Leicester supports Stagg’s understanding that coronary artery disease—a condition characterized by a decreased delivery of oxygen to the heart caused by narrowed blood vessels—may be passed from father to son.

2. The Genetics of Mental Health

Although both parents may pass mental health disorders on to their children, there are certain diagnoses that are more likely to be passed from father to child if the father is older, says Stagg. Specifically, children of older fathers with a schizophrenia or attention deficit/hyperactivity disorder (ADHD) diagnosis are at an increased risk of being diagnosed with these conditions themselves.

Although less serious, children may be at an increased risk of developing problems with their teeth if their father has dealt with certain dental issues.

“Genes passed on by father tend to be more active than the same gene from the mother.”

—Jen Stagg
Tooth size, jaw size, and the shape of teeth are all genetic, and children can inherit these characteristics from either parent, according to research that appeared in the American Journal of Physical Anthropology. However, Stagg explains why it is believed there is a significant possibility of fathers passing these traits on to their children. “This is possibly a result of genetic dominance, where genes passed on by [the] father tend to be more active than the same gene from the mother. This may be the case when it comes to genetics related to size of the jaw, which could result in overcrowding of teeth or tooth decay from soft enamel,” Stagg says.

4. The Truth About Infertility

Men who have low sperm quality may turn to in vitro fertilization to help them conceive a child. However, research associated with in vitro fertilization indicates that fathers with sperm issues may be passing their struggles with infertility on to their sons, according to a study published in the journal Human Reproduction. Specifically, recently published data collected from the oldest group of men who were conceived using intracytoplasmic sperm injection (ICSI, a fertility treatment) indicates that infertility in men is an inherited trait. This research showed that the men conceived by ICSI were more likely to have low quality sperm, just as their fathers did. This data was compared to sets collected from men conceived without the assistance of fertility treatments, who had much higher sperm counts. Although further study is necessary, the research indicates that fathers with lower sperm counts could pass their fertility problems on to their sons.

On a much lighter note, whether a child is a girl or a boy is actually determined by their father. In fact, the father’s family tree can be used to determine the likelihood of a couple having a girl or a boy, according to a study recently published in Science Daily. Let’s review something you may or may not remember from your high school science classes: The sex of a baby is determined by the father’s sperm. If the sperm is carrying an X chromosome, it teams up with the mother’s X chromosome and a baby girl is conceived. Alternatively, if the father’s sperm is carrying a Y chromosome, a boy is conceived. This may be old news to you, but what is particularly interesting is the fact that scientists can now look at a family tree and make an educated guess about the likelihood of a man having a boy or a girl. These researchers hypothesize that a yet-to-be-discovered gene is in charge of determining how X and Y chromosomes are distributed across the father’s sperm.

Let’s be clear, it would definitely be a stretch to say that dad determines the color of the baby’s eyes. The truth is, both of the parents’ genes play a role in the determining if a baby has light or dark eyes. But if a dad has certain traits, it is easier to predict what color eyes his child will have. Basically, we know that certain eye colors are determined by recessive genes and others by dominant genes. Lighter colors, like blue or green, are caused by recessive genes, whereas brown eyes are caused by dominant genes. This means if both parents have light eyes, there is a much higher likelihood that the child will, too. However, if one parent has dark eyes, there is a much higher likelihood the child’s eyes will be dark, too. So, in a roundabout way, a dad with dark eyes has a greater influence on the color of his child’s eyes.

A quick glance at most families will reveal what most people already assume to be true—kids inherit their height from dad and mom. And yes, height is largely determined by genetics, but the science behind this trait is still being explored, and new research on the topic is fascinating. A study published in the journal Nature, for instance, was able to nail down 700 different genetic sequences that play a role in determining how tall (or short) a person might be. Additionally, this research found that the vast majority of these sequences were common variants with a small impact on height. In some cases, however, rare variants were influential, accounting for as much as an inch of a study participant’s height.

What to Do if You’re Worried About Genetic History

Parents with a family history of genetic health disorders are right to have concerns about their future children. Eye color and gender are one thing, but knowing a child might inherit an infertility disorder or potentially life-threatening disease like familial hypercholesterolemia is daunting.

“A couple can visit with a genetic counselor who can work with them to outline potential cause [for] concern.”

—Jen Stagg
Educating yourself about your family history if you are able is a good first step before having children. Spend time gathering information from both sides of the family on general health conditions and mental health diagnoses. Using this information, you should be able to see patterns or notice red flags that you might want to talk through with a doctor. “Genetic counselors and clinical geneticists are trained healthcare professionals who have expertise in addressing concerns about genetics. If contemplating pregnancy, a couple can visit with a genetic counselor who can work with them to outline potential cause [for] concern,” advises Stagg.