Why Are American Women So Obsessed With Self-Help Books?

This '90s trend is back in full force. 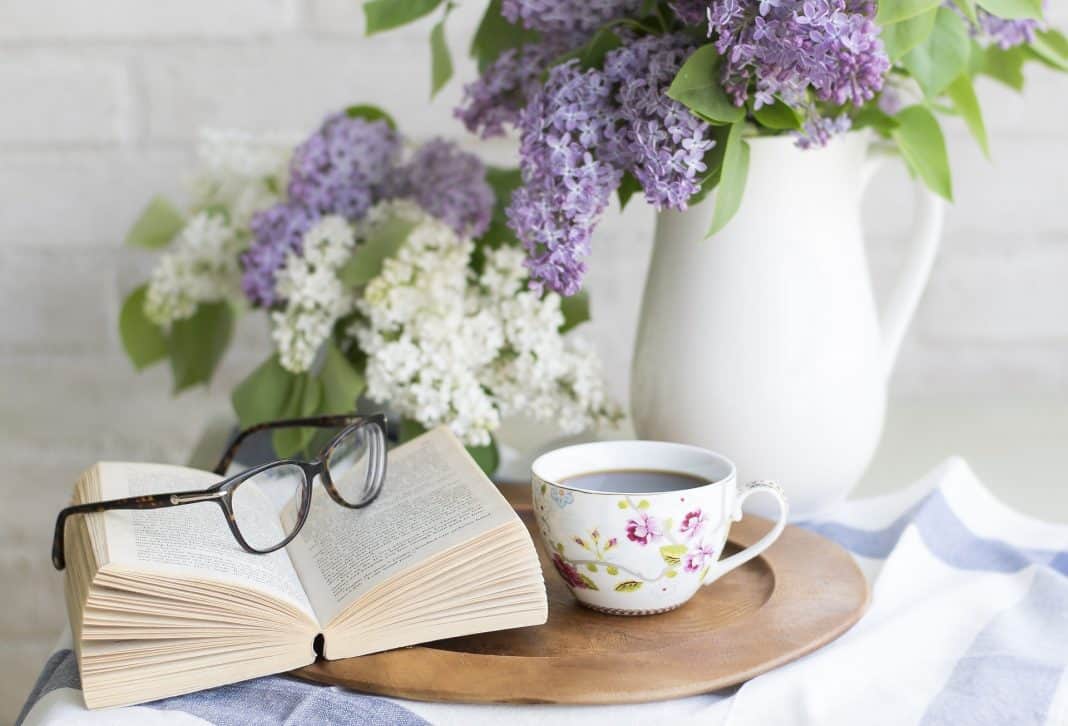 Have you recently been invited to something called a “women’s empowerment circle”? Is someone in your family studying to become a life coach? Does your phone contain at least one mindfulness meditation app? If you answered yes to any of these questions, then you’ve no doubt been exposed to the ever-growing obsession with self-help culture—and motivational books are driving it forward. With a 15 percent increase in self-help books in 2015, it’s no wonder motivational titles are sneaking their way onto bestseller lists. From Marie Kondo’s The Life-Changing Magic of Tidying Up to Mark Manson’s The Subtle Art of Not Giving a F***, people are fascinated with improving themselves (whether that be through storage solutions or cynical wisdom). But what may be surprising to learn is the massive gender divide among self-help enthusiasts. Women are far more financially invested in self-improvement than men, making up a staggering 70 percent of the self-help market. Thanks to them, the self-help trade is worth almost $10 billion. So what’s the deal? Are women picking up self-help books in pursuit of a holistic lifestyle, or as a response to deeper issues?

The Golden Age of Self-Help Books, Powered by Oprah

Self-help books may be experiencing a surge in popularity, but it’s certainly not the first time. In the mid- to early-1990s, authors like Doreen Virtue, Deepak Chopra, and the queen of self-help books, Louise Hay, shot to fame. Their books raved about the miraculous potential of energy healing and positive thought, propelling New Age philosophies into the mainstream. It wasn’t just spirituality that was selling. Stephen Covey’s 1989 book, The Seven Habits of Highly Effective People, gained more recognition among entrepreneurs. The Cinderella Complex: Women’s Hidden Fear of Independence merged typical self-help ideologies with feminism. Chicken Soup for the Soul charmed readers with its motivational anecdotes. It might seem almost quaint now, but the 1990s were a time of rapid technological advancement. This rise in technology allowed people to shift their focus away from everyday tasks and onto something more introspective. As certified life coach Carolin Wohlschlögel puts it, people had “the luxury to be able to look at ourselves.” “If I think of my grandparents after the war, they had to rebuild the country,” she says. “There was no way they could work on themselves and look internally, because there was no time for that. There were more pressing issues.” People were definitely motivated to buy more self-help books in the early ‘90s, but there was one person in particular that put them in the spotlight. Many successful titles were featured on The Oprah Winfrey Show, which had rebranded itself as a more intimate, self-help-focused programme in the 1990s. Oprah Winfrey’s recommendations to her mostly female audience played a major part in the success of the self-help trend. The ‘90s came and went, but Winfrey’s self-help book obsession was far from over. In 2006, first time filmmaker Rhonda Byrne was invited to appear on The Oprah Winfrey Show. Byrne had just released a documentary called The Secret, which explored the concept of manifestation through “the law of attraction.”

The Secret was an instant hit with Winfrey’s viewers. Byrne soon released a book based on the film, which stayed on The New York Times Bestseller List for an impressive 154 weeks. Two years later, Eckhart Tolle’s The Power of Now was selected as book of the month for Oprah’s Book Club. It became the highest selling title in the Book Club’s history—further evidence that Winfrey’s influence was crucial to the success of both the 1990s and early-2000s self-help movements. The Oprah Winfrey Show is long over, but self-help books are once again dominating bestseller lists. If Oprah’s no longer propelling the self-help industry, then what is?

Compared to the potentially high cost of therapy, a $20 self-help book can seem like a fair compromise.

Depression and other mental illnesses are rising at an alarming rate. It’s possible that many people, including women, are turning to self-help books for guidance. But while higher rates of depression definitely aren’t good, there’s a potential silver lining there: the fact that people are finally beginning to address their mental health. In recent years, countless mental health organizations have campaigned to eradicate the stigma surrounding mental illness. Even celebrities like Kristen Bell, Amanda Seyfried, Demi Lovato, and Lada Gaga have joined the movement.

Education is one of the key tools for mental health and well being https://t.co/2b0gfPOHrY

The fact that people might actually be seeking help for conditions like depression and anxiety could mean that they no longer feel embarrassed or ashamed to admit they’re struggling. But wait—shouldn’t they be seeking professional treatment rather than logging onto their Amazon account? Well, that’s the catch. Even though more people are feeling more comfortable getting treatment for a mental illness, they aren’t always able to access the services they need. In America, the biggest issue is the cost of treatment and lack of coverage from insurance. Compared to the potentially high cost of therapy, a $20 self-help book can seem like a fair compromise.

If high rates of mental illness are funding the self-help industry, then it’s no surprise that women are particularly fixated. Women are far more likely to experience depression than men. In fact, inequality could be a big reason that women are so interested in self-improvement. Women struggling in male-dominated workplaces may turn to books that claim to help readers achieve the success they’ve always wanted. (Not to mention the endless advertisements that are constantly reminding women that they’re not quite good enough.)

We need a new way of doing things.

Wohlschlögel has a different theory. She believes the rise of feminism has encouraged women to explore their inner power through self-improvement, driving an interest in self-help books. “[The feminism] movement strengthened a desire to explore what it actually means to be a woman— those deeper layers, those spiritual layers, those energetic layers; the fact that you can give birth,” she says. “Feminism has helped women to access these kinds of enquiries in the first place. Twenty, 30, 40 years ago, that was basically not so much a thing, because society was in a very different place.”

Do Self-Help Books Harm More Than They Heal?

Not everyone’s a fan of self-help books. Chloe Gale, 28, says she’s noticed a huge amount of her friends turning to self-help books and life coaching, but she’s skeptical of their benefits—especially when they claim to hold the secret to wealth. “The only people who are millionaires are the people writing these books,” she says. “I have a few friends who try and give me them, and I just think, I’ve noticed no change in you whatsoever.” Some of the world’s most successful self-help authors have had their fair share of controversy.

Complete accountability—also known as the law of attraction—is the core philosophy behind ‘The Secret.’

Louise Hay made a career out of her beliefs on energy healing. She believed that all illnesses lived in the mind and could be cured by eliminating negative thoughts. Hay even claimed to have cured her own terminal cancer with positive thought and affirmations alone. Hay was never able to produce any evidence or testimony from doctors who’d treated her to support this claim.

But the real controversy of Hay’s methods was her beliefs on what caused disease. All illness apparently stemmed from unresolved negative emotions. Hay believed that she’d essentially given herself cancer due to negative feelings she had from being assaulted. Her best-selling book You Can Heal Your Life also claimed that HIV was caused by repressed guilt. This concept of complete accountability—also known as the law of attraction—is the core philosophy behind The Secret. Even Oprah had to make a statement on her show after learning that a viewer with breast cancer had ditched medicine for positive thought after discovering The Secret. Many people have also condemned The Secret for over-simplifying complex issues. By the logic of The Secret, people who live in poverty-stricken countries are only there because they’re not focusing on manifesting wealth in their lives. The negative responses to the flawed logic in the law of attraction could be why that concept is no longer dominating the self-help niche. But the amount of people turning to titles based more on psychology than mysticism could be just as problematic. While self-help books can help women to gain a greater insight into their issues, they’re hardly a replacement for a licensed therapist—especially when battling mental illness. Wohlschlögel believes that an interest in self-help books is a great place to start, but it’s even better to also seek out professional treatment. “I think they go really well hand-in-hand with each other,” she says. “They complement each other.”

Is Self-Help Here to Stay?

Hundreds of thousands of people regularly tune in to self-help YouTubers like Marie Forleo. Instagram’s “wellness” hashtag has over 13 million posts. The life coaching industry, currently valued at $2 billion, is the fastest-growing profession in America. If self-help culture is set to crash and burn, it doesn’t look like it’s happening any time soon—which is great news for self-help authors. But maybe that’s a good thing. Perhaps women are turning to self-help books to seek empowerment and take back control of their own happiness. In fact, Wohlschlögel thinks we may be seeing the dawn of an entirely new way of running the world. “The feminine way has been suppressed for so long,” she says. “And I kind of feel like it’s emerging now because the lid has been on for so long. It’s been boiling away in there, and it can’t be contained anymore. We need a new way of doing things.”