What To Do When A Friendship Turns Toxic

Not all friends are forever. Here’s our advice for calling it quits and healing the hurt when you have to part ways permanently. 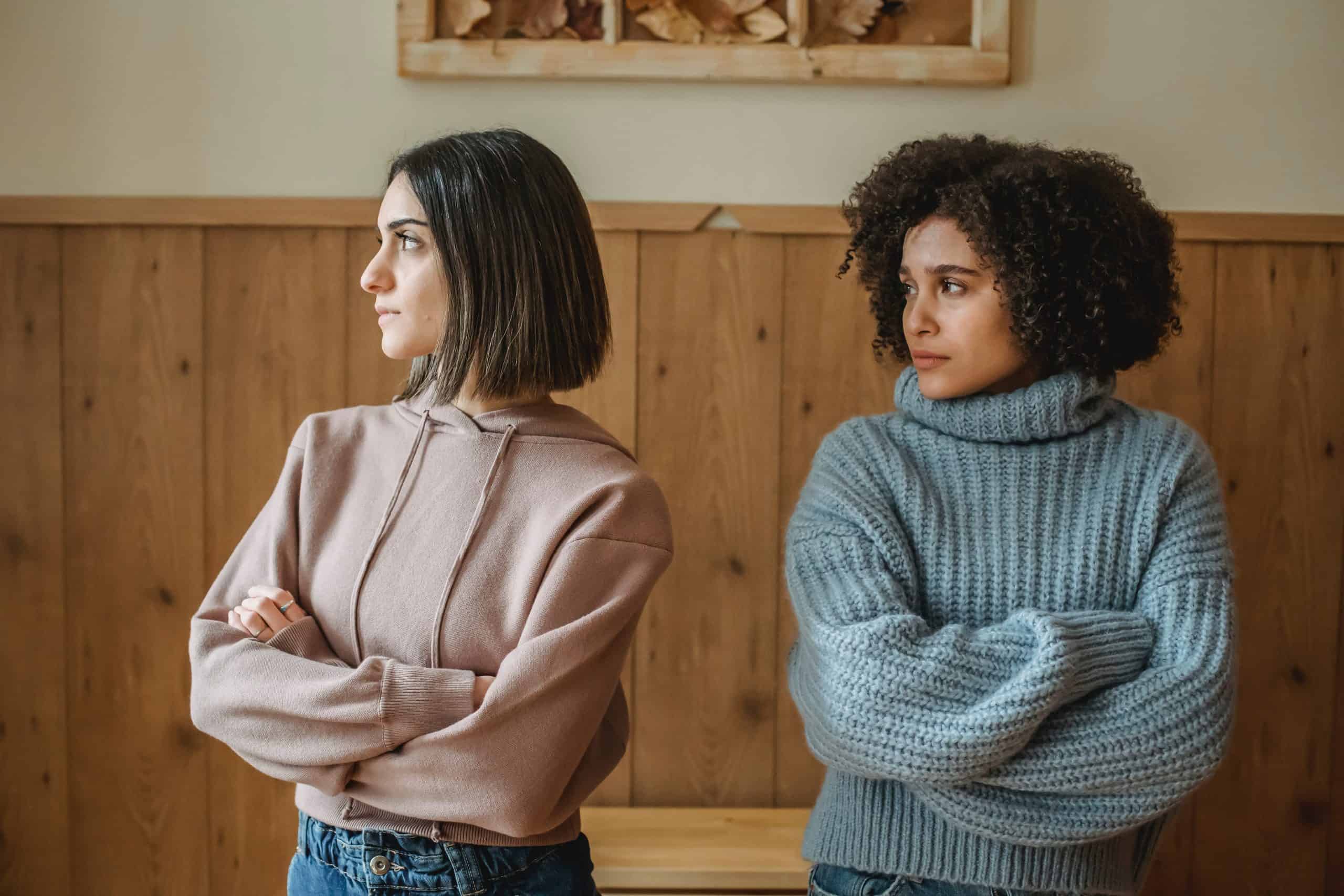 Early in my twenties, I broke up with a friend. It was a friendship I had cherished for over a decade. We had grown up together. We were close when we were experiencing first dates and first heartbreaks. We were in each other’s weddings. She was my first call when I learned I was pregnant and I was hers. But suddenly our lives were beginning to look very different. It’s difficult to pinpoint one event or conflict that was the beginning of the end of our friendship. We were starting to disagree more. I was too passive; she was too outspoken. We couldn’t find a way to make peace over huge differences in opinion on topics like parenting or politics or the simple realities of how we lived our lives. I struggled to trust her, never sure of what she had to say about me when I wasn’t around. The relationship felt difficult more often than it was fun and easy. Eventually, we stopped trying. After one last conflict, it was clear that it was time to move on. The end of our friendship was one of the defining events of my twenties. There I was, a new mom, and my person wasn’t my person anymore. I was learning to embody motherhood, and I couldn’t call her to talk it out. It was lonely. I felt more heartbroken that I had over any romantic breakup I’d ever experienced. Friend break-ups are never easy, but sometimes they’re necessary. Whether you’re doing an inordinate amount of emotional labor for someone who’s been a lifelong friend or you’re finding that a new pal simply isn’t who you expected, here’s how to know when that friendship is actually toxic—and how to break it off.

Taking a Break Versus Breaking It off

Conflict isn’t always a sign of a toxic friendship. Sometimes you just need to talk the issue out or spend some time apart. In my case, though, I knew change was going to mean more than alone time. We were struggling to get past old conflicts and I was finding it easier to hold my friend’s faults against her than I ever had before. If you realize you’re avoiding quality time with a friend, something isn’t right. If after an extended break you still feel dread or anxiety at the thought of getting together, pay attention to those feelings. Solid friendships entail hard work at times, but they shouldn’t be drudgery. Differences of opinions are healthy in any relationship, but if those disagreements have become the source of regular conflict, take note. It is completely possible to come back from a spat or forgive and forget a single snarky remark. But if you notice criticizing each other has become a defining feature of your friendship, odds are something bigger is going on. Your friendship may have turned toxic, or perhaps you two weren’t cut out for close friendship to begin with.

Not all friend break-ups require a clean break. In fact, if it’s a casual relationship, it might be fairly easy to slowly back away over time. If possible, simply put some space between yourself and your friend. Text her less and don’t go out of your way to make plans to hang out together. And, if you do make plans to spend time together, avoid one-on-one hangouts. Invite mutual friends along whenever possible and keep the hangouts casual. Go to the movies or a party where intimate conversation isn’t required. This might help take the pressure off an already strained relationship while still allowing you to keep this person in your life in some capacity. If the tension in the relationship still intense after some time apart, it might be time to make a clean break. I knew that, for me, being more casual friends wasn’t possible when things turned sour. We had been so close that transitioning to acquaintances felt like trying to be friends with an ex-boyfriend. For us, there was a point in our relationship—a conversation—when it became clear that we both had non-negotiables that needed to change in order for us to remain friends. Unfortunately, neither of us felt we could make those changes while staying true to who we were. We disconnected on social media and quit communicating. Even though it was heartbreaking, five years later, I’m certain it was the best decision we could have made. If you decide to definitively end the friendship with a conversation, prepared for it to hurt. This has likely been an important relationship in your life and ending it, no matter how necessary it may be, will probably sting. Be sure to be clear about feelings in the conversation without being needlessly hurtful. Use the tips we all learn in high school: Choose “I” statements, talk about your reactions to her actions, and don’t call her names. She may question if this is all really necessary; she may retaliate with hurtful words; she may say nothing. Keep it as short and simple as possible so you can get out of there. Breaking up is hard to do, so keep in mind why you’re doing it in the first place.

Healing From the Hurt

The end of a friendship is difficult. For many, it can feel more devastating than saying goodbye to a romantic partner. As you heal from your loss, it’s important to spend plenty of time caring for yourself. First, it is important to learn whatever you can from the end of a relationship. No conflict is one-sided, so take the time to reflect on why the dynamic of your relationship changed. Thoughtful time spent writing in a journal can be helpful for some. Others may find a few visits to a counselor beneficial as they process their role in the tension that ended the relationship. Whatever you decide, take your time. Healing is a long process and the end of a friendship is a big life event. As you move on, self-reflection is important, but don’t let yourself become lonely and isolated. Now is a good time to reach out the the friends in your life you know you can trust. Consider which relationships you would like to see grow in the future and realize that these may fill the space in your life left by the friendship that’s ended. Moving forward, approach these relationships with care. Watch out for those old habits that became negative parts of your previous relationship, set healthy boundaries, and be honest if you have concerns about the direction a friendship is going.

What To Do When A Friendship Turns Toxic