What Are The Healthiest Flours To Add To Your Baking?

For many of us, nothing says home cooking like fresh baked goods, but not all baked goods are created equal. 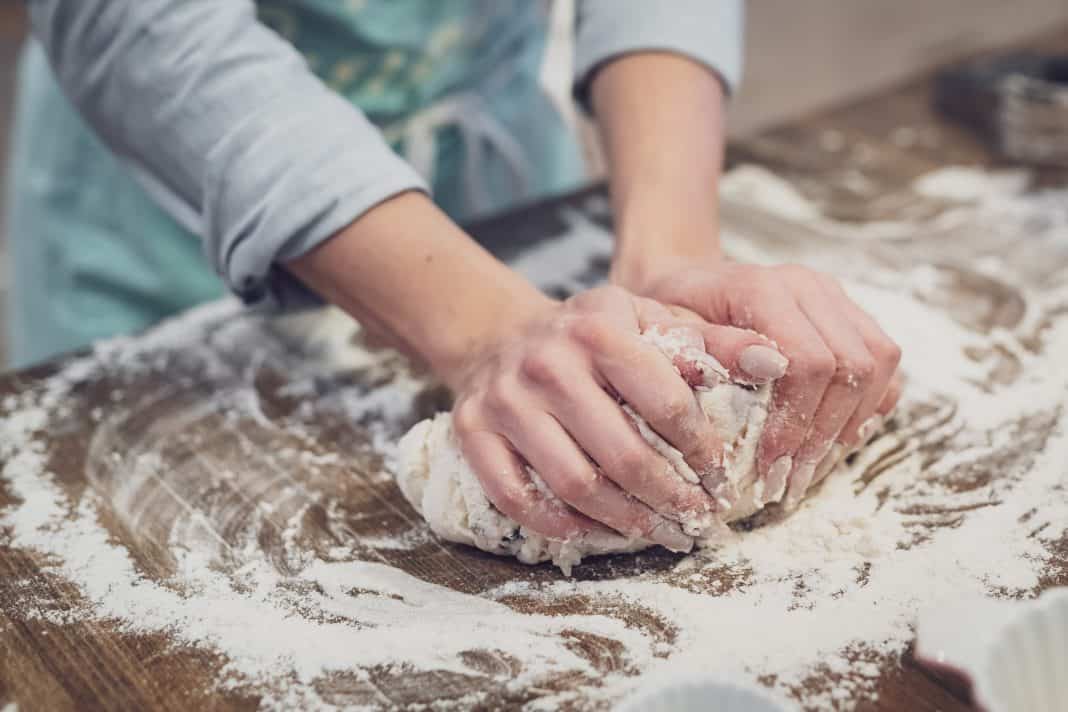 Maybe you’re a fan of baking your own bread or maybe you crave a slice of banana bread with your morning tea. For many of us, nothing says home cooking like fresh baked goods, but not all baked goods are created equal. In fact, the white refined flours that are often used in our favorite baked goods can add pounds to the scale while providing little nutritional bang for your buck. Why not try baking with healthier flour options instead?

The Problem with White Flour

Most baked goods are made with white flour, which is wheat flour that has been stripped of its two main components: the bran and the germ. This gives baked goods a lighter texture, and although your bread may be light and airy, it lacks much of the nutrition that it once had. For example, the B vitamins and iron have been removed, as well as the fiber. When white carbohydrates like white flour break down in the system, the body treats them just like it would white sugar. So in the end, refined white flour—just like refined white sugar—can lead to weight gain.

Fortunately, when it comes to choosing a better flour, a number of options have become available, including gluten-free flours. If you suffer from celiac disease, which is an autoimmune response and severe allergy to gluten, you can try a number of gluten-free options that make for tasty baked goods. If you have a less severe gluten sensitivity or allergy, you may want to experiment with the many gluten-free options too.

Some good options include nut and seed flours such almond, quinoa, and corn flours. Coconut flour and almond flour, which I’ll discuss in depth below, are two of my favorites. If you’re looking for a lighter, airy flour to add to baked bread, all-purpose gluten-free flour is likely your best choice.

Just as you might guess, whole wheat flour is white flour before it’s been processed.

This means that the bran and the germ—and therefore all the important nutrients—are still intact. Whole wheat flour contains protein, fiber, and B vitamins, as well as trace minerals like iron and magnesium. A diet rich in whole, unprocessed grains has been shown to reduce the risk of type 2 diabetes, heart disease, and even some forms of cancer. Whole wheat flour can be heavier than white flour in some recipes, especially cakes and pastries, but it works well in homemade breads. The best way to make your end product less dense is to use half whole wheat flour and half white flour, or use whole wheat pastry flour, which also has a lighter feel.

Spelt flour can be substituted for white flour in many baking recipes including cookies, sweet breads, and cakes. But unlike white flour, it has a ton of health benefits. Spelt is known for its ability to regulate the body’s metabolism, increase circulation, build strong bones, lower blood sugar, and reduce cholesterol in the body. Spelt is also high in protein and fiber as well as trace minerals such as iron, zinc, and selenium.

Coconut flour is made from the solids of a coconut that have been ground into a fine flour. It’s one of my favorite flours because it’s both delicious and loaded with nutrition. It works really well in pancakes and muffins. Coconut flour is high in protein, fiber, iron, and vitamin C, and unlike many flours, it contains beneficial fats called medium-chain triglycerides (MCTs), which have been shown to boost metabolism.

Almond flour is just almonds ground into a soft flour. It’s rich in healthy fats and protein as well as micronutrients such as vitamin E, magnesium, and calcium. Almond flour is a bit denser than some other flours, so when you’re baking cakes and cookies, you may want to add in some white flour or pastry flour to lighten up the batter for your almond flour recipes.

With so many delicious and nutrient-dense flour options available today, baking just got a whole lot healthier.