8 Weird Things Humans Do Every Day And Why

Have you ever wondered why humans dream, why we take risks, why we laugh? Here are the answers (or as close as science can get). 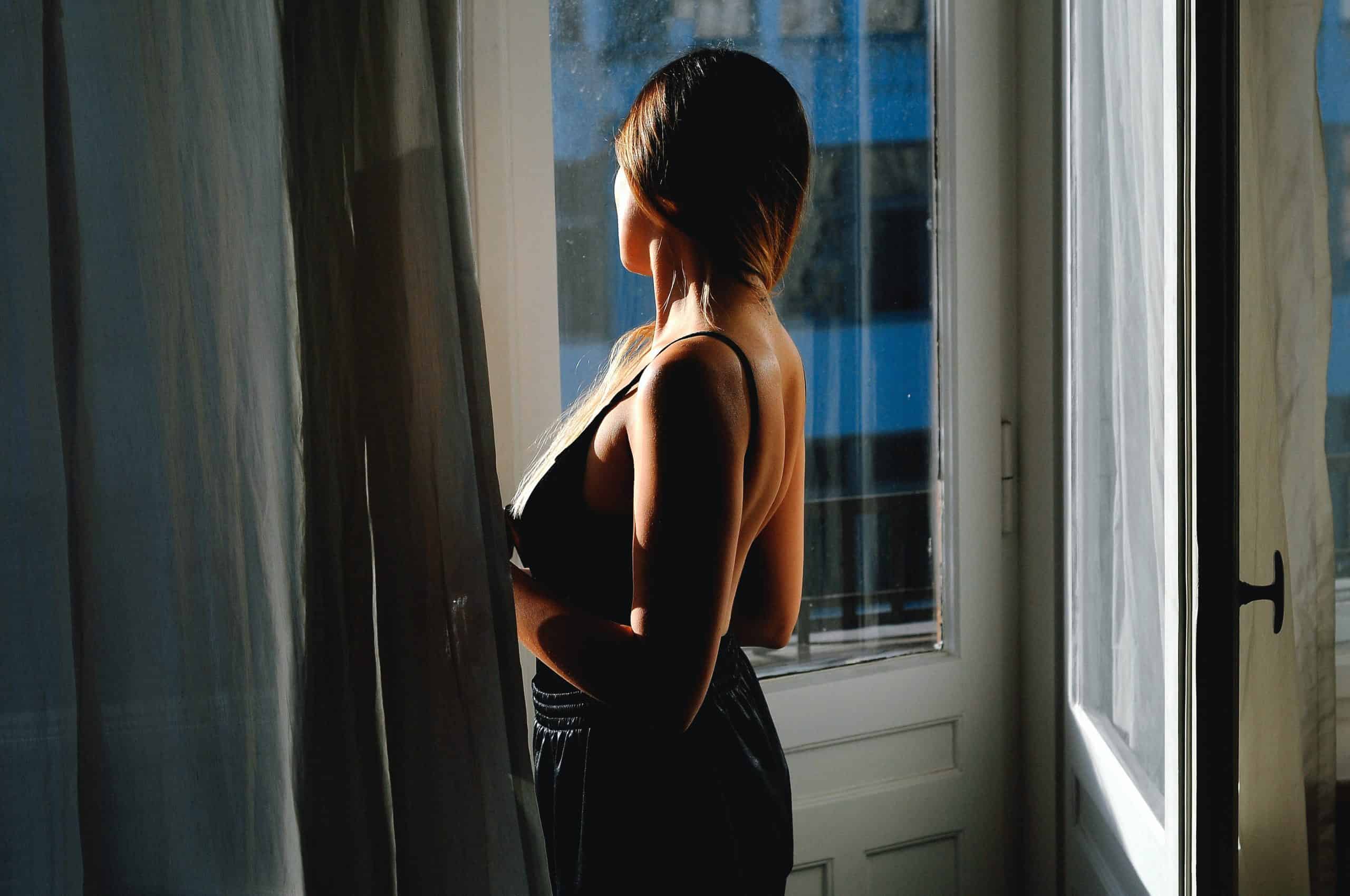 The human mind is a mysterious thing.

We do a lot of things every day that don’t really make sense if you really break it down. We dream, sleep, and laugh, but…why? It all seems so natural that we don’t really think about it.

Well, fortunately, scientists do think about it. Then they do some experiments to learn more.

Dreaming is like living in an imaginary world for eight hours a night (if you’re lucky). Sometimes dreams recur, and sometimes they share themes, but in general, dreams are one-time experiences that are difficult to remember and even harder to interpret.

Why do humans dream? It’s not entirely clear, but many theorize that dreaming helps us solve problems. This theory holds that when we dream, we process information in ways that we simply can’t even imagine during our waking hours.

Harvard University psychologist Deirdre Barrett told Live Science that she considers dreaming during rapid eye movement (REM) sleep to be “extra thinking time, so potentially any problem can get solved during it, but it’s thinking time in the state that’s very visual and looser in associations, so we’ve evolved to use it especially to work on those kinds of problems.”

Speaking of dreaming, when you think about it, sleeping is pretty weird too. While we’re asleep, our conscious bodily functions essentially shut down, leaving us completely vulnerable and defenseless. Not only that, but we spend almost a third of our lives in slumber. Think of the things we could get done if we didn’t need to spend that time with our eyes closed.

There are many theories about why we sleep, but four stand out.

The “inactivity theory” holds that it may have actually been safer for humans to stay still and quiet during the evening hours so we weren’t prone to accidents caused by our poor night vision or drawing the attention of evening predators.

The “energy conservation theory” works off of the understanding that our metabolism slows down while we sleep. If we were awake and engaged all the time, we would need to consume more food, which has been in limited supply throughout human history.

The “restorative theory” suggests that our bodies use downtime to repair and rejuvenate hormones, chemicals, and cells that are depleted or damaged during our waking hours.

The “brain plasticity theory” is related to that other weird human trait, dreaming. The theory holds that our brains are still working out problems, learning, and growing while we sleep. The brain basically processes information that we may not have had the time or energy to understand while we were awake.

You get close to that special someone, you lock eyes, your faces draw closer together, and then you smear your lips on your lover’s. What’s up with that?! What happened to us that closing our eyes and swapping saliva with someone became a desirable thing to do?

Kissing is a way for our primal selves to judge a potential mate. When you kiss someone, you notice their teeth and their odor, two things that can be indicators of good or poor health. Pheromones are also found in the oily skin around the nose and mouth, which can trigger sexual attraction in the right match.

It’s not all primal instincts, though; kissing is a tool for forming emotional bonds as well. When you kiss a loving mate or your lovely little one, your oxytocin hormones increase, flooding your brain with those good feelings. It’s not entirely different from sugar or a drug.

In 1610, an audience gathered to see playwright Ben Jonson’s newest work, The Alchemist,, and were greeted with the opening line: “I fart at thee.”

Humans have been farting—and making jokes about the strange bodily function—as long as we’ve been a species. According to the developers of the reusable “flatulence deodorizer” Flat-D, we fart an average of 14 times a day, emitting somewhere between a cup and half to a gallon of carbon dioxide, oxygen, hydrogen, nitrogen, and methane daily. But why?

Flatulence occurs when food passes through the digestive system, and natural, healthy bacteria help the body break the substances down so the nutrients can be absorbed by the intestinal tract. Farts are a byproduct of the bacteria helping us digest food.

Foods that are high in soluble fiber, such as beans, fruits, and vegetables, are likely to induce this gassy side-effect of digestion. Sugary products, carbonated drinks, and dairy delights are also known to increase gassiness.

Speaking of fart jokes, why do we laugh in the first place?

An impressive Slate article reviewed research by evolutionary biologist David Sloan Wilson and his student, Matthew Gervais, who concluded that initially, laughter was “an outgrowth of the breathy panting emitted by primates during play fighting [that] likely appeared before the emergence of language. This sort of laughter was a signal that things at the moment were okay, that danger was low and basic needs were met, and now was as good a time as any to explore, to play, to socialize.”

These academics noted that hundreds of thousands of years later, as humans evolved into more social creatures, “Laughter came to occur in aggressive, nervous, or hierarchical contexts, functioning to signal, to appease, to manipulate, to deride, or to subvert.”

Laughter is a tool to help humans get by in the complex social communities in which we live.

Laughter began with playful learning behavior and evolved into a social tool; similarly, lying is a learned tool to help humans deal with the world around us.

Sometimes lying can make life easier, especially with so-called white lies, which can protect someone else’s feelings or keep us from engaging in an awkward conversation. “We’re trying not so much to impress other people but to maintain a view of ourselves that is consistent with the way they would like us to be,” said University of Massachusetts psychologist Robert Feldman in an interview with Live Science.

Other times, outright lies may be a conscious or subconscious tactic to avoid punishment. After all, who really wants to suffer the consequences of their actions if they can be covered up with words?

The trick to these lies is that there’s always a balance between the short-term avoidance of a penalty and the risk of greater punishment if the truth is learned at a later date. Unfortunately, not everyone readily examines the risk and can often dig themselves pretty deep holes before the truth comes out. Then they’re in real trouble!

Risking getting caught in a lie isn’t the only risk humans regularly take. We climb mountains, drive at high speeds, eat strange foods, gamble, and engage in countless other activities that make us vulnerable and expose us to the risk of death and dismemberment. Why do we do this to ourselves when we clearly know the potentially devastating consequences of our actions?

One reason we take risks is that we are social creatures. If we see our peers doing something dangerous for the thrills and not dropping dead on the spot, we’re inclined to follow suit because the behavior looks rewarding.

Another reason we take risks—the jumping out of airplanes kind—is that we are suckers for dopamine, a chemical in our brain that makes us feel great. Time interviewed David Zald, a professor of psychology and psychiatry at Vanderbilt University, whose research led him to conclude that “a person who finds novelty and excitement more rewarding does so because he gets more dopamine release, or more of a boost.”

In other words, we take risks because it feels good.

Like many of the weird things that humans do, our appearance—or at least our perception of our appearance—is related to our social groups. We alter our appearances in order to fit into a certain social sphere.

Some obvious body alterations, like certain tattoos, can identify you as being a member of a fraternity, tribe, or gang.

Other alterations (including haircuts, makeup, and clothing choices) may identify you as being a member of a certain social class. At the end of the day, much of human behavior is related to the fact that we are fundamentally social creatures who want to fit in and feel accepted by our peers.