From unusual potty-training methods to encouraging naps in the cold, here’s how parents in other countries raise their kids. 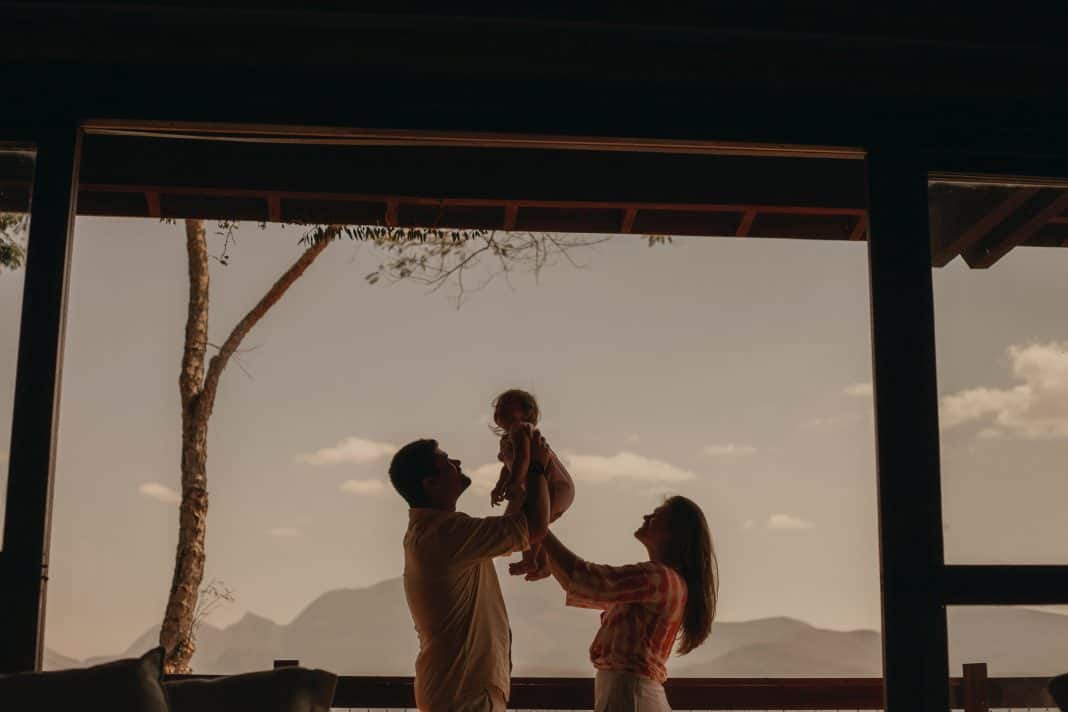 Speaking of disposable diapers, parents in the U.S. tend to use diapers until they potty train their kids at age two or three. To put that in perspective with a little math: Babies go through an average of ten diapers per day. If you don’t potty train until age three, that’s almost 11,000 diapers. That’s a lot of diapers. But what if I told you that kids are potty trained as early as nine months old in some countries? It may sound too good to be true, but according to one study, in Vietnam, babies are taught to go to the bathroom when they hear their mothers whistle. Essentially, moms learn to identify baby’s bathroom cues. Each time they sense their baby needs to urinate, they make the same whistling sound. Eventually, the baby associates the sound with going to the bathroom and learns to urinate on command, eliminating the need for diapers at an early age. As a mom of two in diapers, anything that cuts down on the seemingly endless trips to the changing table I make per day sounds amazing. …BRB, I need to go work on my whistling skills.

According to recent Gallup polls, three in five Americans dine out at least once per week, with 16 percent of Americans admitting to eating out at least three or more times per week. My husband and I are guilty of toting our toddler out to restaurants a couple times a week, which inevitably ends in a huge mess under the high chair and a gratuitous tip for our understanding server. In The Year of Living Danishly, author Helen Russell explains that Danish parents, on the other hand, enjoy kid-free outings by simply parking their stroller, baby and all, outside of restaurants, shops, and other areas. “In graduate school, our Danish friends regularly bundled up their baby in the stroller for a walk to church. Instead of bringing him inside, though, they’d leave the baby parked right outside the church door,” recalls Dora Cook, a new mom living in North Carolina. “While the rest of us in attendance were taken aback by this behavior, the Danes assured us this was completely normal in Denmark, as they feared their baby would not only be disruptive, but much too warm inside,” she says. While Americans are nonplussed at this behavior, parents in Denmark and other Scandinavian countries believe that napping in the cold is good for their kids. And considering Denmark regularly tops the list as one of the world’s safest countries, parents don’t worry about kidnapping so much as they are concerned about their kid getting a good nap in (see what I did there?).

Fed up with waking up in a pool of my own breast milk, I started using a pacifier to discourage my son from nursing all night long as a comfort tool. Now he’s totally hooked on pacifiers, and while I no longer have to wake up for night feedings, I still have to get up a bazillion times a night to pop in a pacifier. I have resigned myself to never getting a full night’s sleep again. While more than 75 percent of Western babies use a pacifier, parents in some cultures, like the Aka Pygmy tribe in western Congo are totally fine with being used as a human pacifier. If mom’s not around to nurse, an Aka father or another family member will offer a breast to calm a fussy baby. While my husband was all about skin-to-skin contact to soothe and bond with our son when he was an infant, he drew the line at becoming a human pacifier, instead preferring to stockpile our son’s favorite binkies in bulk.

Like all parents, American moms and dads want their kids to excel in school, often starting kids in early learning programs to prep for kindergarten in late toddlerhood, and looking forward to sending them off to kindergarten at age five. But kids in Finland don’t start school (even pre-k programs) until they’re 7 years old. Even though they start school two years later than American children, Finnish kids can often already read and do simple math by the time they begin kindergarten. That’s because, like the U.S., most Finnish children attend some sort of preschool program. But unlike the U.S., Finland’s children are required by law to have access to universal preschool programs, regardless of a parent’s income. And it seems universal preschool paves the way to success: By age 15, Finnish kids academically outperform most other countries, including the United States, on international assessments.

Universally, young kids love to help mom and dad with chores. The problem is that when little kids help, parents are oftentimes left with a bigger mess than when they started! For example, my son loves to help fold laundry. As in, he loves to watch me fold it, then he drags it out of the basket and hands it back to me to fold again. Sigh. Short on time, I, like most American parents, corral my kid into a play area, high chair, or other baby containment area so I can get chores done without “help” from my little one. That said, according to an article published by NPR, in Latin America, a little one’s participation in household chores is encouraged, even if it creates a mess. And they may be onto something. Kids who are allowed with chores as toddlers grow up to become kids who (gasp) do chores without being told. According to NPR, in one Mayan family, a 7-year-old girl proudly bragged about doing her own laundry, while others voluntarily did chores without asking. After traveling extensively through Latin America, mother Tracy Jarrell decided she wanted to practice this type of parenting with her own children when the time came. “We’re doing this now with our daughter, and while it can be a lot harder, she loves being involved and helping mom and dad like a big girl.” So the next time your kid wants to help with household chores, think of the inevitable mess as an investment in the future.

In the U.S., parents are pretty hands-off when it comes to dating (unless you’re part of the Duggar clan). But in some parts of China, you can forget meeting a mate on dating apps. Instead, Chinese parents meet in “marriage markets” to set their single adult children up on dates instead. Yes, you read that right. In Shanghai and other parts of China, parents meet up in parks, their umbrellas and posters pasted with their children’s background information prominently displayed in front of them. Parents swap stories about their kids, hoping for a potential match. A child’s obedience to their parents is highly valued in China, so while Americans might cringe at the thought of their parents blabbing their personal details to total strangers in hopes of attracting a partner, many young adults in China rely on their parents’ input. So the next time your mom tries to set you up with her co-worker’s son, remember it could be worse; she could be setting up shop in the park with an umbrella broadcasting everything from your age to your favorite food.

In the U.S., baby’s first food is traditionally a soupy cereal mixture or a pureed blend of fruits and vegetables. But in Europe, many parents skip purees altogether, and practice baby-led weaning, introducing their kids to whole foods right away. For families who practice baby-led weaning, it’s not uncommon to see an infant chowing down on the same food mom and dad are eating, which can be startling to parents who give their kids purees. Baby-led weaning is gaining in popularity in the U.S., especially with the recent scare over heavy metals found in many popular baby foods. So have American parents been introducing solids incorrectly? The good news is that according to feeding experts, either way is totally fine. Some babies respond well to baby-led weaning, while other babies are more cautious, preferring to slurp purees first. But now you know; if you see a small baby nomming a whole banana while mom looks nonchalantly on, don’t be alarmed. They’re probably just practicing baby-led weaning.