Identical twins have identical DNA, right? That's what makes them identical. So why did these triplets get different results on their DNA test? 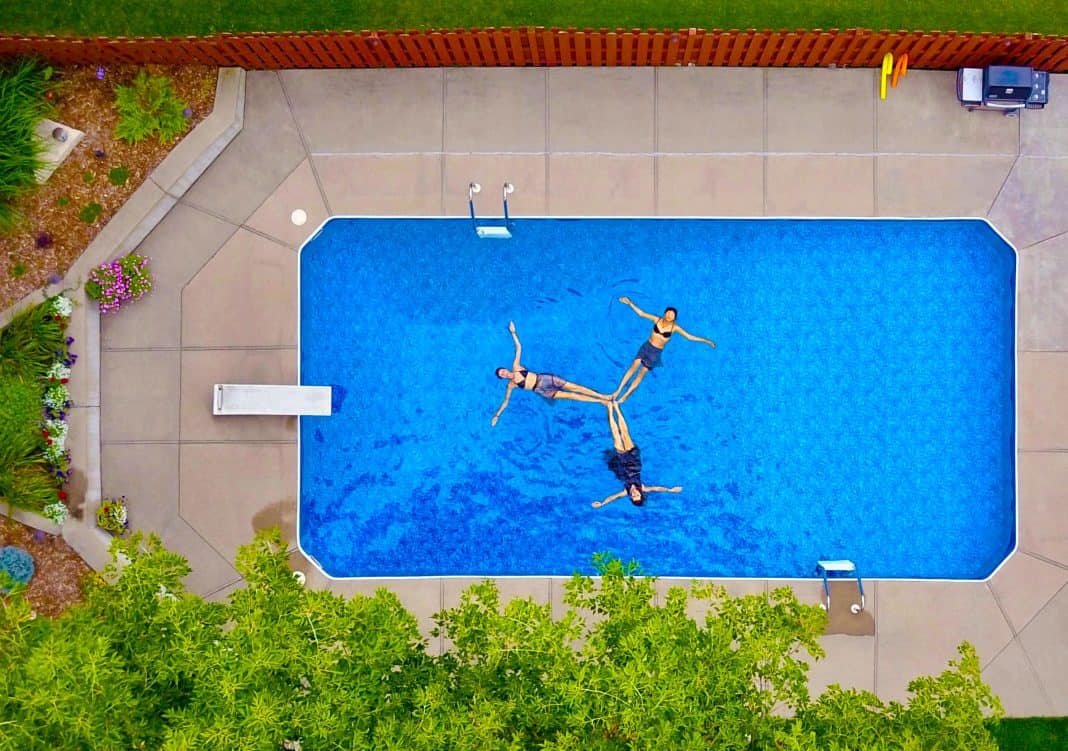 Meet the Dahm triplets. Nicole, Erica, and Jaclyn Dahm are indistinguishable from one another. The identical triplets are so similar that Erica has no trouble getting into Nicole’s fingerprint-lock safe. Even the whorls of their fingertips are the same. That shouldn’t be surprising when considering the way identical twins (and by extension, triplets, quadruplets, and so on) are formed in the first place. A single fertilized egg spontaneously splits in two—or, in this case, three. Each of these embryos then develops into a full fetus. Because triplets like the Dahms share identical genetic information, common knowledge dictates that their DNA should match. Although environmental factors can switch certain genes on and off throughout a twin’s lifetime, the DNA itself shouldn’t differ among the sisters at all. At least that’s what the science textbooks said about monozygotic twinning when we were in high school. So what was the deal with the at-home DNA kit that the Dahm triplets sat discussing on 2017 episode of The Doctors? “How would you feel if your ancestry was different?” Travis Stork, MD, host of The Doctors, asked the Dahm triplets. “I don’t know how that could happen,” said Nicole. “We’re one egg that split, and we all came out of our mother, so maybe a little different DNA, but we still have the same ancestry, right?” Note that Nicole expects to find slight differences in DNA among her and her sisters. She could be referring to the environmental effect on genetic expression—what doctors call “epigenetic factors”—or she might mean something deeper. Either way, the sisters seem willing to bet anything that they’ll share the same ancestral background.

The Results of the DNA Test

Investigative reporter Lisa Guerrero of Inside Edition arranged a little experiment with the Dahm triplets. She gave each of them two home DNA tests and then analyzed the results. She shared the news with the triplets on the set of The Doctors, and what she discovered left the triplets confused and even shocked. The first test was no surprise. It verified that the Dahms are, in fact, identical triplets. But as Guerrero delved deeper into the second test, things started to get surprising. “Nicole, you’re 18 percent British and Irish,” Guerrero told the stunned sisters. “Erica, you’re 15 percent British and Irish. But Jaclyn, you’re almost 19 percent British and Irish.” The differences kept on coming. The test found that Nicole was 11 percent French and German, whereas her sister Erica had more than twice the Germano–Gallic blood that Nicole has. The test said Erica was 23 percent French and German. “I am surprised, though, because we came from the same egg,” said Nicole. “And we have the same DNA.” Do they though? To get to the bottom of this, we reached out to 23andMe, the service that interpreted the genetic test for the Dahm sisters.

“It’s a misleading story,” a spokesperson told us via email. “Our Ancestry Composition feature allows you to select varying confidence levels, between 50 and 90 percent.” “In this case I believe they were changing their confidence levels and making comparisons,” continues their spokesperson. “If you drop to the ‘speculative’ selection, which has a confidence level of 50 percent you are going throw off the comparisons. Even when they did that, there wasn’t that great of a difference.”

We’re not to a place yet where you can just spit in a cup and have every single answer that you’re looking for.” —Travis Stork, MD
“But the higher levels are extremely precise,” they continued. “Any result at the 90 percent level signifies we are highly confident in its accuracy. The lower confidence levels allow you to take a more speculative look at your ancestry breakdown, [meaning] the comparisons at that level didn’t produce much of a difference.” In other words, the ancestry reports can change depending on the user’s selected confidence level, but the triplets’ data would have been largely the same. We asked about the accuracy of the site’s ancestry data. “We’ve done a comprehensive evaluation of our algorithm and reference datasets, and are confident in the accuracy of the results we report for customers,” the spokesperson wrote. “If we say that a section of DNA is most likely Japanese or Chinese or Korean at one of our higher confidence thresholds, we stand behind it. If we weren’t sure that we could make the distinction, we’d go up a level and say that that DNA reflected ‘East Asian’ ancestry. The information would not be incorrect, simply less specific.” That settles it, right? After all, it’s not like identical siblings really have different DNA. Well, keep reading.

The Truth About Identical Twins and DNA

High school biology classes were very clear on this fact in the 1990s: At birth, identical twins have the exact same DNA. It was the accepted wisdom at the time, and it makes sense biologically. Over time, siblings’ DNA changes due to the epigenetic factors we mentioned earlier, but the DNA starts out identical. In 2008, however, researchers from the University of Alabama at Birmingham, along with universities in the Netherlands and Sweden, conducted a new round of studies on monozygotic twins. The researchers expected to find epigenetic differences. What they actually found went much deeper. “What we found are changes on the genetic level, the DNA sequence itself,” Jan Dumanksi, a genetics professor at the University of Alabama at Birmingham and an author of the paper, told The New York Times shortly after the research was published in The American Journal of Human Genetics. The study showed that twins had more genetic variation than scientists had previously thought. The research team found several copy number variations—in which genes occur multiple times within one individual, or in which certain DNA coding letters are missing—between pairs of twins they expected to have identical genetic profiles. Scientists don’t know whether these slight variations were present in the womb or if they develop as the twins age. All they know is that the textbooks were wrong. Identical twins don’t necessarily have the same DNA, and that also holds for triplets.

Explaining the Differences Among the Dahm Triplets

After breaking the odd news to the Dahm triplets, Guerrero turned to Stork for answers. “So, we found a few discrepancies,” Guerrero said that day on the set of The Doctors. “Dr. Travis, what does that say to you? When you look at the fact that they’re identical triplets, what is your takeaway from these tests?” Ever the diplomat, Stork equivocated for a moment. “I’m not a geneticist,” he said. “But I love the idea of these at-home tests for fun.”

What We Can Learn From Home Genetic Tests

Later, Stork told his audience that “we’re not to a place yet where you can just spit in a cup and have every single answer that you’re looking for.” Perhaps not, but at-home testing services claim that their services are extremely accurate. 23andMe even offers reports that are authorized by the U.S. Food and Drug Administration (FDA), which can provide customers with valuable data. “We offer genetic health risk reports and carrier status reports that are authorized by the FDA,” the company’s spokesperson wrote. “If you choose, you can learn about how your genetics influences your risk for certain diseases and/or whether you are a carrier for certain inherited conditions.”

“It is important that people understand that genetic risk is just one piece of the bigger puzzle.”

—Jeffrey Shuren, MD
Those conditions include late-onset Alzheimer’s, celiac disease, Parkinson’s disease, early-onset primary dystonia, Gaucher disease, and a lung and liver disorder called Alpha-1 antitrypsin deficiency, among others. In April 2017, the FDA issued a press release announcing its approval of 23andMe’s Personal Genome Service genetic Health Risk (GHR) test. “Consumers can now have direct access to certain genetic risk information,” said Jeffrey Shuren, MD, director of the FDA’s Center for Devices and Radiological Health, in the release. “But it is important that people understand that genetic risk is just one piece of the bigger puzzle, it does not mean they will or won’t ultimately develop a disease.” Many at-home genetic testing companies also collect data for valuable medical research into new treatments and diagnostic tools. That data collection is an optional part of the DNA testing process. “We offer customers a choice to participate in research if they wish,” the 23andMe spokesperson wrote. “Opting out of research doesn’t affect your experience, but about 85 percent of our customers opt in to the research program, a number that’s been consistent over time.” The data is handled carefully, according to 23andMe, to prevent private information from becoming publicly accessible. “We use the de-identified, aggregated data for our research,” they wrote. “That means we decouple personally identifiable information from genetic information and store them in separate computing environments.” That’s also why we couldn’t get direct access to the Dahm triplets’ results: They’re private. As such, it’s difficult to say definitively whether their tests showed any errors—but given the considerable complexity of genetics, we don’t think that a simple on-camera test of a single set of triplets can provide any sweeping insights. For now, most people see at-home genetic tests as a bit of fun. Those tests, however, are rapidly becoming a useful tool for evaluating medical risks. They’re also showing that we don’t know as much as we think about genetics—even when it comes to identical siblings.