These Creative Gender Reveals Are Way Too Much Fun

Getting in on the trend? Take a cue from these parents. 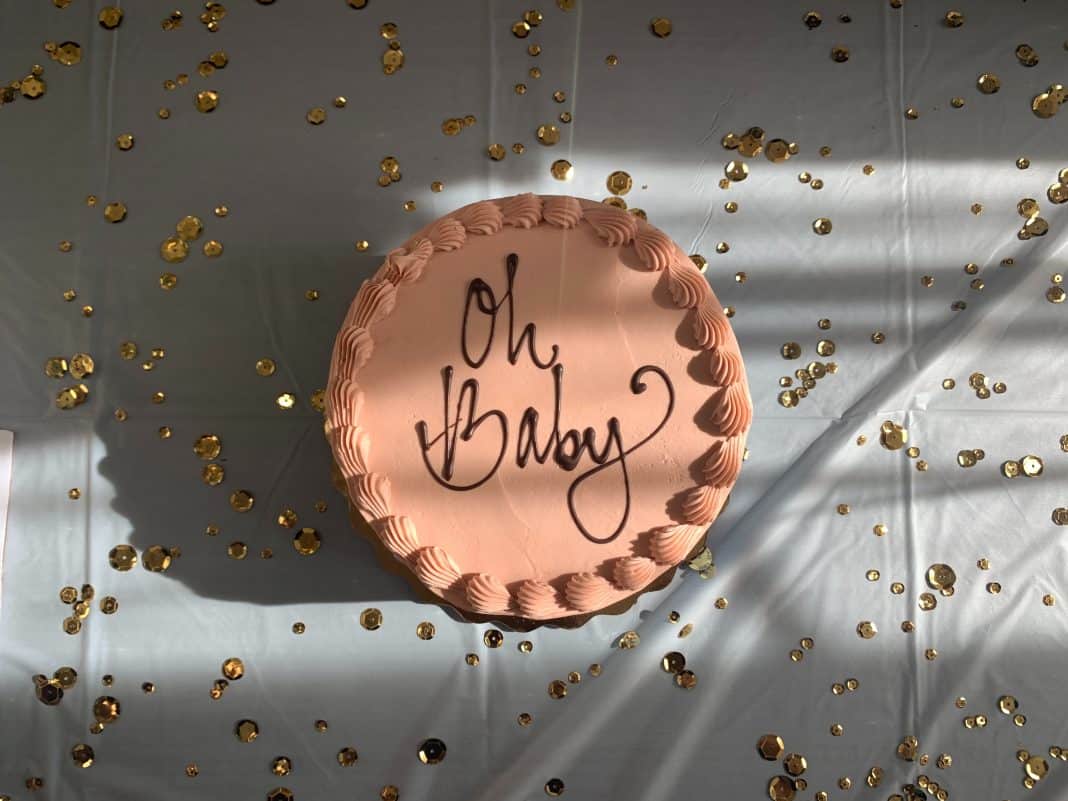 You’re pregnant! One of the first things people usually ask you is, “Are you gonna find out what you’re having?”

For most of us, the answer is, “Yes!!!” In fact, a Harvard study revealed that over half of us (58 percent, in fact) want to know the sex of our babies.

But knowing your baby’s gender in the womb wasn’t always possible. Way back when, you wouldn’t find out the gender of your baby after it was born. It was until the 1950s that the first ultrasound was developed and not until the late 1970s that American doctors used it regularly to determine your fetus’ sex.

Now, we can’t only find out what we’re having; we also don’t want to keep the secret to ourselves! Modern-day couples are not just skywriting their baby’s gender (talk about overdone!), they are outdoing each other and creating the most fun ways to tell their besties if they’re having a boy or a girl. Check out the coolest baby reveals of all time!

Skywriting is so passé. This couple enlisted the help of a fireworks company to announce to the world the sex of their baby with a bang.

Monica and Graham Driscoll of Nova Scotia sent their baby’s sex in an envelope to the company and in response, they were sent a dynamite plunger that contained an unknown color of fireworks. They surprised guests (and themselves) with a bright pink message in the night sky. We love Graham’s response!

What better way to let the world know if you’re having a boy or a girl, than to wear your baby’s gender on your sleeve…er on your head.

Mom-to-be Amanda Parrish had her hairdresser surprise her and her partner with the gender of their baby by having the stylist dye her hair pink or blue based on the ultrasound result. Now that’s commitment!

Take Me Out to the Ballgame

Baseball is considered a family sport and bringing family and friends together to play baseball and learn the gender of your new family addition is so befitting. That’s what Monique Tello and Steven Statter did.

Monique’s sister was the only person to learn the sex of their baby after her ultrasound. She surprised everyone by filling a plastic Christmas ornament with powdered chalk (pink or blue) and painted it to look like a baseball then pitched the ornament to Statter, who hit it smashingly! To his surprise a pink powder bomb was released.

You know what kind of family you’re being born into when your gender is announced via a fun and wild squirt gun party!

This absolutely adorable couple filled water guns with paint the color of their baby’s gender and invited their family and friends to have a crazy squirt party to celebrate the coming of their newest addition. We want in!

A fun way of finding out the gender of your baby is to send an envelope of your baby’s gender to a balloon company and have them send you a box filled with pink or blue balloons for a surprising reveal. That’s what this couple did, as they recorded it in front of their friends and family.

Unfortunately, the balloon company seemed to be as confused as the couple was about their baby’s gender, but thank goodness they got it right the second time around.

How sweet it is! Congratulations to the happy family.

Sometimes kids aren’t as excited about the birth of a sibling and the possibility of having to share their toys, food and parents’ attention. We love the look on Baylee Stueven’s son’s face and love even more that she chose this picture to send to her friends and family to announce the coming of her baby. That’s real life!

Everyone loves cupcakes, especially kids. A fun way to reveal the gender of your baby to them is to fill cupcakes with pink or blue frosting, so that the gender is revealed when they take a bite. Unfortunately, you can’t make everyone happy.

When Heidi Guerard and her husband, Shaun, wanted to surprise their young daughters with the sex of their third child, it didn’t go exactly as they planned. We just adore this little girl’s reaction to her cupcake reveal.

Revealing the gender of your baby is an exciting time and nothing matches that excitement like a blast of color coded confetti! This picture makes us excited for them too!

All in a Row

Sometimes a picture can say a thousand words and we think this one is just creatively perfect. Nothing like saying it with shoes.

Lots of people use cakes to reveal the gender of their babies, but this cake takes it a step further! This couple, who was expecting twins, left the task of the reveal up to their baker when they handed him a sealed envelope and instructed him to surprise them with a color-coded cake.

We love their surprise when they were presented with a polka dotted, two-tiered cake that had one pink and one blue layer—one each for the boy/girl twins they were having!

What a fun idea to make a holiday even more exciting! This family had the best jack-o-lantern on the block and had trick-or-treaters running to their house.

They skillfully carved the message, “It’s a boy!” on the face and presented it on Halloween night for all of the neighborhood to see. Wonder what next year’s pumpkin will look like?!

Finding out the gender of your baby is as exciting as (if not more than) winning the lottery.

We think that this idea of announcing the gender of their baby via a homemade lottery scratcher is completely ingenious.

Who doesn’t love silly string? (Well, probably, the people who have to clean it up.) Silly string makes everything more festive and we think that having your baby’s gender announced to you via pink or blue foam festivities is just perfect.

Check out this couple as they are surprised by their friends. (P.S. we want to cry with Mom and Dad too!)

We love fun and witty photo shoots with babies and this picture elicits hundreds of smiles along with the gender reveal of her little brother.

This announcement was sent out to all of the couple’s family and friends and we couldn’t be more delighted. Do we see a model in the making?

Piñatas are considered big party items and what better way to find out the sex of your baby by being showered with pink or blue candy and confetti?

Comedian and YouTube blogger GloZell was surprised by her mother and her friend with a piñata to hit to reveal her baby’s gender. She not only revealed that she was having a girl, but we also got to see how strong she is!

Why not use your belly as a canvas to tell your partner (and everyone else) if your baby is a boy or girl? Mom-to-be Tatiana Harris harnessed her inner Bob Ross and took a paintbrush to her midsection to create a message to reveal to her friends and family.

She wore a baggy shirt to a party and then had the baby’s father lift her shirt to surprise all that she was having a boy! As a bonus, all of the dad’s friends showered him with blue paint as well.