The floating arm trick is more than just a novelty. Researchers are looking closely at body magic tricks to understand how mind and matter interact in profound ways. 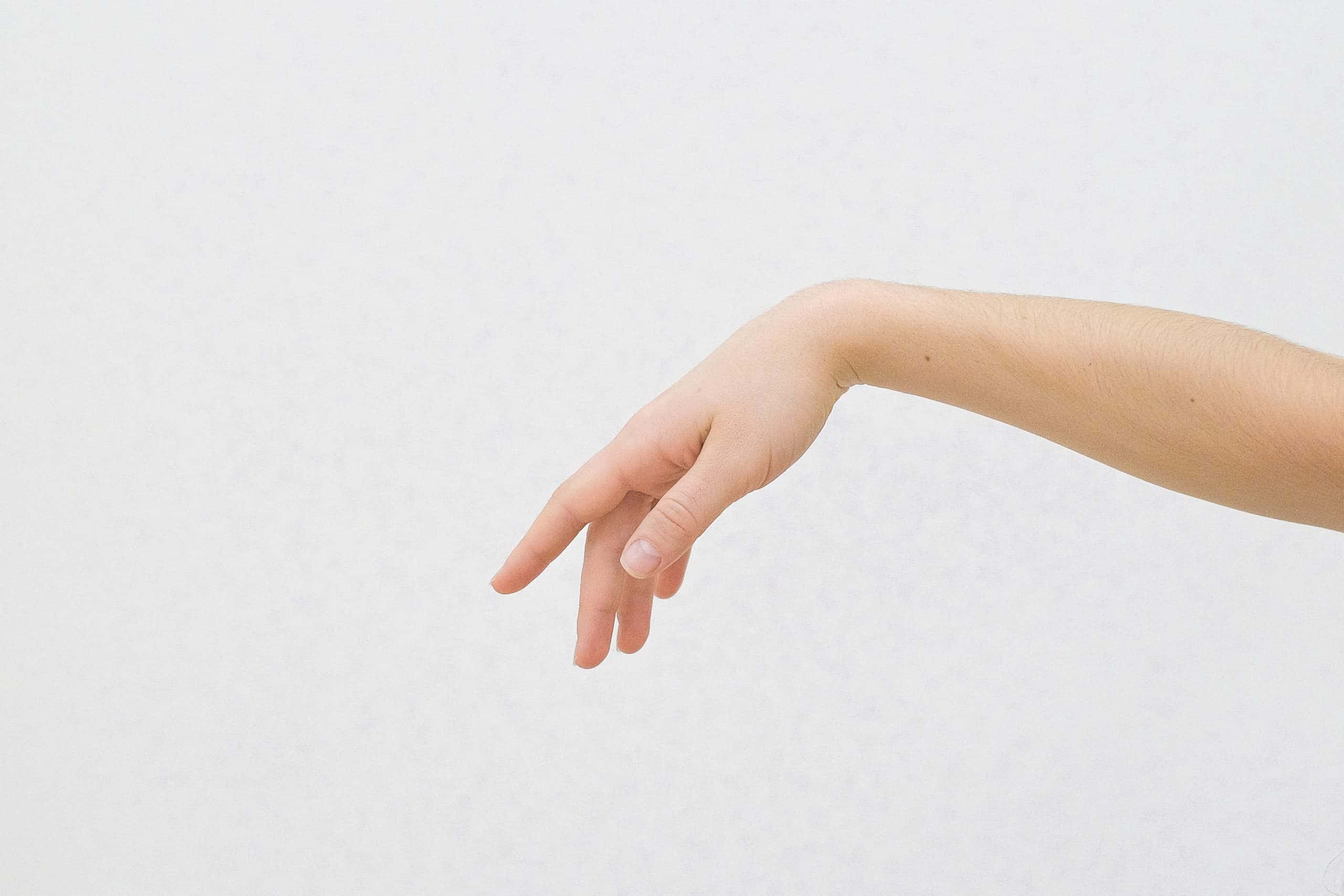 Not all magic is supernatural.

In fact some of the best magic tricks are downright…natural.

Psychology has a long tradition of exploiting such unusual experiences to explain the experience itself.

Take, for instance, one famous stunt that many of us tried as a kid: the floating finger sausage illusion (or, if you happened to grow up in Europe, the “frankfurter illusion”).

If that doesn’t immediately ring a bell, here’s how it goes: First, stand or sit still. Stretch your arms straight out in front of you, like you’re a zombie. Then, point your index fingers toward each other at eye-level a few inches apart while focusing your vision toward the distance beyond your fingers. Finally, move the two fingers slowly toward each other. If you’re doing it right, you should start to see what appears to be a floating third finger between the two real ones. Eerie, right?

The finger sausage trick is one of the simplest and best-understood body magic tricks.

Of course, as an adult, this trick may be a bit less mind-blowing than it was as a kid. What remains pretty interesting, though, is how this trick—and other body illusions, which we’ll get into presently—actually work. Turns out there’s a lot to learn about our bodies and minds from these silly parlor tricks!

Just ask Arko Ghosh, a neurologist who studies these sorts of things.

“Psychology has a long tradition of exploiting such unusual experiences to explain the experience itself,” Ghosh tells HealthyWay.

We’ll get deeper into his studies soon, but first, don’t you want to know what’s going on with that frankfurter illusion?

The explanation for the finger sausage trick is deceptively simple.

Humans, like lots of other creatures, including fish, birds, reptiles, and other mammals, have binocular vision—that is, we have two eyes. Because those two eyes are positioned slightly apart from one another, each gets a mostly overlapping but ever-so-slightly different view of what’s in front of them.

Our brains then take the information from both eyes and create a sort of single composite image from a middle point between them. Here’s the crazy thing: Neither eye is seeing that middle point exactly. It’s sort of imaginary.

This cyclopean image allows the brain to perceive depth by processing the subtle differences between the two images. That’s called a “retinal disparity.” But, if an object is closer to your face than the exact point on which your eyes are focused, your brain can’t reconcile the two images.

Instead of a single object, you’ll see two strangely transparent-looking blobs. Don’t believe us? Try focusing on a distant point and holding a single finger in front of your face. You’ll start seeing double.

When you do the finger sausage trick, parts of the two images—the tips of your fingers, in this case—overlap. Your brain processes that bit as though it is its own three-dimensional object. There’s that “sausage” for you.

Now, you might be thinking to yourself, “Wow, that’s a really complicated explanation.” In reality, though, the finger sausage trick is one of the simplest and best-understood body magic tricks.

You see, this weird phenomenon only involves one of our senses: sight.

Lots of other perception-based novelties you may have tried as a kid involve multiple senses and other, even-less-clearly understood mental and physical phenomena. And, as it turns out, the brain combines signals from different senses in some weird and—we’ll say it—magical ways.

In some cases, scientists are still trying to understand what exactly is going on during these tricks.

Ghosh and his colleagues, John Rothwell and Patrick Haggard, used another popular bit of body magic—the “floating arm trick,” known in neurological circles as “Kohnstamm’s phenomenon”—to try to better understand how our brains control our bodies.

For those who somehow made it this far in life without being introduced to the floating arm trick, here’s how it goes: You simply stand in a doorway and place the back of your hands against the frame. Then push as hard as you can against the door frame for 30 seconds straight.

When you step away from the doorway, if you relax your arms, they’ll rise on their own, like they’re tied to giant invisible helium balloons. This bizarre phenomenon occurs when, after prolonged voluntary contractions of the muscles in the arm (specifically the deltoid and supraspinatus), the brain continues to send an involuntary signal to those muscles.

We know that much. What we don’t know, exactly, is why this occurs.

The trio of neurologists set out to to understand what’s going on in our brains during this phenomenon. Specifically, they wanted to know what happens when a subject resists this floating sensation and forces the affected arm to remain at their side.

In another interesting twist, the researchers also observed that subjects who voluntarily inhibited the arm’s upward movement felt like they were resisting something, like it was an extra effort to hold the arm down.

The most important finding of the study was that voluntary inhibition of movements may be totally different from the absence of voluntary motor commands. In other words, consciously trying not to move probably isn’t the same thing as not trying to move.

That insight could potentially have important implications for treating people with medical conditions that cause involuntary movements—for instance, the tremors experienced by people with Parkinson’s disease.

We wanted to know how else we could play with our own perception, so we asked Ghosh about other weird things like that floating arm.

He directed us to another, lesser-known body magic trick.

“My favorite is perhaps the Pinocchio illusion,” he says. Also known as the “phantom nose illusion,” Ghosh explains that this one does “need some more equipment to go along, unlike the floating arm trick.”

It really feels like your nose is getting longer.

Named and first demonstrated in 1988 by James R. Lackner at Brandeis University, this trick starts with a blindfolded subject, who is instructed to touch their nose with the tip of their fingers. While the subject touches their nose, a vibration is applied to their bicep. This causes a weird sensation, as if the subject is extending the arm.

When the brain combines these signals—the tactile sensations from the nose and arm along with the muscle sensation from the bicep—it gives the subject the sensation that their nose is growing.

As cognitive neuroscientist H. Henrik Ehrsson told The New York Times, when the process is performed on subjects, “they’re very surprised and shocked…It really feels like your nose is getting longer. You start giggling.”

You probably want to try it yourself, right? Well, don’t despair if you don’t have a bicep-vibrating machine in your home. There’s an easy way to create a similar sensation without any special equipment.

Here’s a kind of home version of the Pinocchio illusion.

It’s not quite the same, but it operates on the same neurological principles, so we’re going to call it close enough.

Like the original, this version of the trick will require a blindfold. Unlike the original, you’ll need two chairs and a person you’re very comfortable with (and who is very comfortable with you). First, you’ll need to sit down in one of the chairs. Next, the other person will place the second chair facing the same direction, as close as possible in front of you and sit down in it. Put the blindfold on.

Now, here’s the reason you need to choose someone you’re comfortable with: The next step is for you to use one hand to stroke the nose of the person in front of you, and the other to make the same motions on your own nose. After a while, there’s a good chance that you’ll begin to feel as though the other person’s nose is your own. It’s not quite the Pinocchio illusion, but it’ll do in a pinch.

Ehrsson used the the mental phenomenon behind the Pinocchio illusion to learn about self-perception of the body, which is way deeper than a simple magic trick.

By using a device similar to the one Lackner used on the subject’s bicep, Ehrsson was able to make subjects of his study feel as though their waists were getting smaller. The blindfolded participants were were instructed to place their hands on their waists, and the device was used to stimulate a tendon in the wrist that created the sensation the hands were moving inward.

At the same time, an M.R.I scanner was used to monitor brain activity, which Ehrsson and fellow scientists used to map the parts of the brain involved in body image.

“We know about touch, pain, and position,” Ehrsson told The New York Times. “But the sense of size of body parts has been a mystery. There are no receptors in the skin or muscle that tell the brain the size of body parts, so the brain has to figure it out by comparing signals.”

We don’t know if it’s the cause of anorexia but it’s clearly part of the problem.

According to Ehrsson, this research could help scientists to understand disorders like anorexia, which cause people to wrongly estimate their own size.

“We don’t know if it’s the cause of anorexia,” he said, “but it’s clearly part of the problem.”

While many people might write these illusions off as children’s novelties, researchers like Ghosh and Ehrsson are delving deeper, using them to understand how the human body and mind interact with one another.

Hopefully, that expanded understanding can be used to make people’s lives better. Now that would be real magic.