The Effects “Stage Moms” Have On Their Children

What happens when moms put too much pressure on their children to perform? 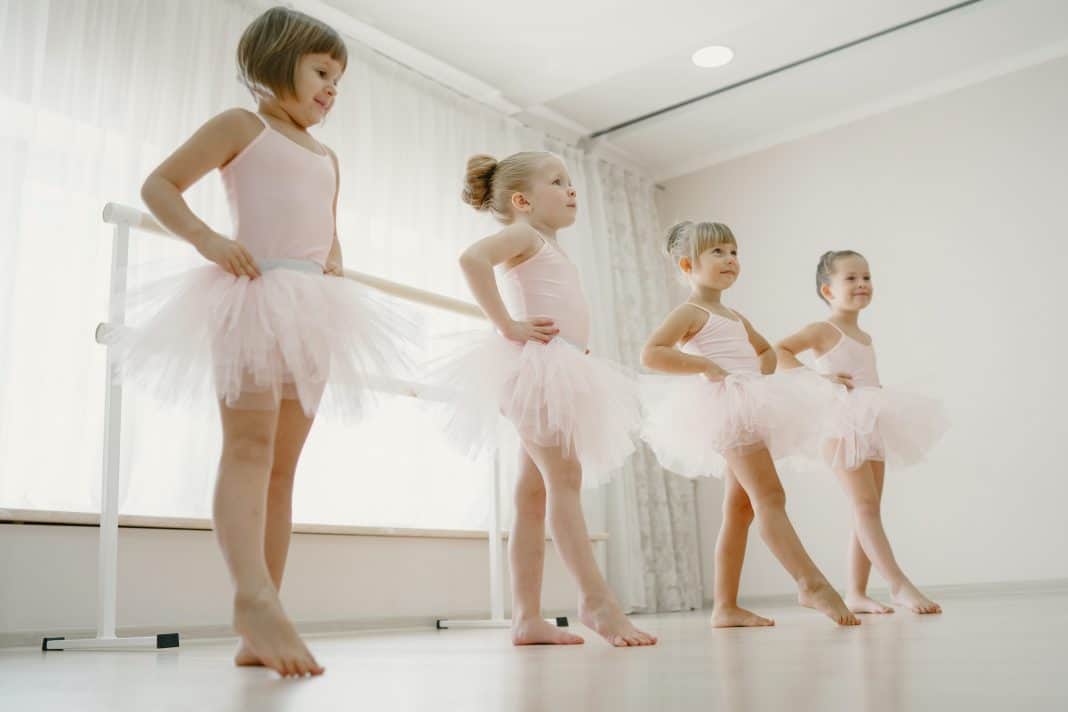 Many child performers … emerge with symptoms of anxiety and even depression when they fail to meet their parents’, as well as their own, high expectations.

I’ve never met a mom who doesn’t regret a decision she’s made about her children. Some moms admit that they wish they’d been harder on or expected more of their children; others admit the exact opposite. Personally, I regularly feel I’ve put too much pressure on my oldest, who is not quite 6, to grow up faster than necessary. It’s difficult not to get caught up in their potential, wanting them to succeed and do well in school, dance, or sports. I try to check myself anytime I notice I’m getting a little uptight about teaching her to read or feeling anxious that I haven’t enrolled her in dance, sports, or gymnastics. I know that, without limits and boundaries, parents can let their own interests and obsessions overpower what is best for their children. Nothing makes this more evident than the bizarre world of the reality TV show Toddlers & Tiaras, which features toddler beauty pageant participants—and the moms that coach them through the whole thing. Perhaps the most controversial moment on this show took place in 2011, when mom Wendy Dickey dressed her 3-year-old child as, well, a “woman of the night” for a pageant. She put her daughter, Paisley, in a revealing outfit that was obviously a nod to the woman Julia Roberts played in the film Pretty Woman. And for what? To win a contest? Of course, most parents aren’t taking things quite that far. Still, day in and day out, moms are crossing the line of supportive parent and turning into “stage moms” in their own right. It’s not just moms who are guilty, either: The same can be said for fathers who let their love of a sport and their competitive spirit turn them into total out-of-control sports dads with no regard for what’s best for their children. According to John Mayer, PhD, a clinical psychologist at Doctor On Demand, there are usually two explanations for why parents push their children too hard to perform. “First, they are living vicariously through their child,” he says. “Second, the parents’ expectations of the child’s performance, interest, benefit, or ownership of the activity is inaccurate.” Still, it is normal to want success for your child. So where is the line between supportive mom and stage mom? What sets cheerleading your children apart from excessive, ultra-competitive coaching?

Extracurricular activities, like dance, sports, or even pageants, aren’t inherently bad. In fact, at their core, they hold a lot of benefits for the children involved. For starters, participation in extracurricular activities is associated with a lowered risk of substance abuse in high school, according to research in the journal Adolescent and Family Health. We also know that sports specifically promote strong relationships between kids and their friends, teachers, and family, as noted in the journal Sociology of Education. “I am an advocate that all children should be participating in at least one extracurricular activity throughout the school year, and during the summer [I recommend they] increase that number,” Mayer says. He further explains that many schools have shifted the focus of their curriculums to STEM subjects, i.e., science, technology, engineering, and math. Extracurricular activities can fill in the gaps, according to Mayer: They give children the chance to participate in physical education, the arts, music, and more when their school doesn’t provide that option during the school day. Additionally, Mayer isn’t shy about the overwhelming benefits of these activities when it comes to child and adolescent development. He says these extracurriculars can teach teamwork, patience, and hard work. Participation can improve academic performance, aid the development of important social skills, and are beneficial to the child’s cognitive development, too. “Extracurriculars stimulate areas of the brain, primarily in the frontal cortex, that stimulate creativity, artistic skills, empathy,” he says.

Of course, even proponents of extracurriculars believe there can be too much of a good thing. In Mayer’s opinion, when involvement in extracurricular activities like sports and dance becomes so stressful to a child that they no longer want to be involved, that may be a clue that their parents are pushing too hard—or that the parents have let their own interests supersede what is best for the child. Even children who don’t say they are no longer enjoying the activity may exhibit certain symptoms that can act as clues to parents and coaches. “Many child performers who have too much pressure to achieve and perform emerge with symptoms of anxiety and even depression when they fail to meet their parents’, as well as their own, high expectations,” explains Fran Walfish, PsyD, a Beverly Hills family and relationship psychotherapist and author of The Self-Aware Parent. According to Walfish, some of these children may develop what she calls “spoiled brat syndrome,” behaving so poorly that even their peers begin to back off, leaving them socially isolated. Children who are unhappy with their involvement in certain activities but are afraid to say so may complain regularly about the coach, the instructor, or the other children involved, says Mayer. He also notes that any time parents find that they’re regularly yelling at their children about the participation in an activity, that’s a pretty good sign they’ve crossed the line from supportive parent to pushy “stage mom.” “I see this every day in some form,” he says. “Just today, while consulting at a high school, a student was brought to me because he was depressed. I uncovered that the root of his depression was that his father screamed at him and punished him for dropping a sport.”

When parents push their kids much too hard in a specific activity, they just might be trying to find fulfillment that is missing from their life, according to Walfish. “Stage moms generally have unfulfilled fantasies of their own,” she explains. “They attempt—usually without conscious awareness—to live out their dreams through their child. They push too hard, control, and over-direct their kids onto the stage.” If “the bad” of being a stage mom is the fact that children may act out or experience anxiety and social isolation, than “the ugly” is the fact that too much pressure to perform has long-term negative impacts on children. Children and teens of stage moms often grow up to experience mental health struggles, according to Walfish: Because stage moms may be projecting their own identities onto their children, those children might have underdeveloped senses of self-identity. “Sadly, many children of highly pressuring moms or dads evolve into adolescence and adulthood with a developed false self,” she says. “These kids grow up feeling a distorted belief that their mother will only love them if they present themselves in the highest form of achievement or personality-plus demeanor, not their true self.” These children may grow into the adults who feel that no one sees, or loves, who they truly are. And even when they are highly successful, they may experience feelings that they are frauds, undeserving of the success they achieved. The constant attention and pressure can also result in a child who believes the world revolves around them and their performance: A belief that will quickly be shattered in the adult world when they are no longer the center of attention.

What’s next for these children?

Some parents, of course, have restraint in their cheerleading. Their children, then, will experience the many benefits of extracurriculars; their parents just need to pay attention to them and make sure they’re participating in things they truly enjoy. Yet children like Paisley, whose parents are so deeply entrenched in their own fantasies, have a difficult road ahead of them. In Walfish’s professional opinion, these kids must achieve a level of separation from their parents in order to recover from the damaging effects of a high-pressure childhood. This is because most of these moms are completely unaware of how their own unfulfilled fantasies are causing harm to their child, according to Walfish, who doesn’t believe “stage moms” have much of a chance of making a change. Instead, she believes the focus of intervention should be on the affected child. “If a warmly attuned therapist, teacher, coach, or extended family member can earn the trust of the child, a powerful message can be communicated to the child that explains the mother’s unresolved issues that have been put upon the child,” she explains. Conversations about the source of the pressure to perform can help the child to separate themselves and their identity from the parent’s issues. “Separation is key to the child’s healing,” Walfish continues. “Separation only can happen when initiated and navigated by the child,” he says, noting that this separation often comes in adulthood. What does that mean for shows like Toddlers & Tiaras? Even though some stage moms may never understand that their behavior is unacceptable, we have hope that the shows produces understand that a line was crossed: The show wasn’t renewed in 2017.