Do you know the right way to eat spaghetti? Or sushi? Or lobster? You may think you do, but there are plenty of people who will tell you you're wrong. 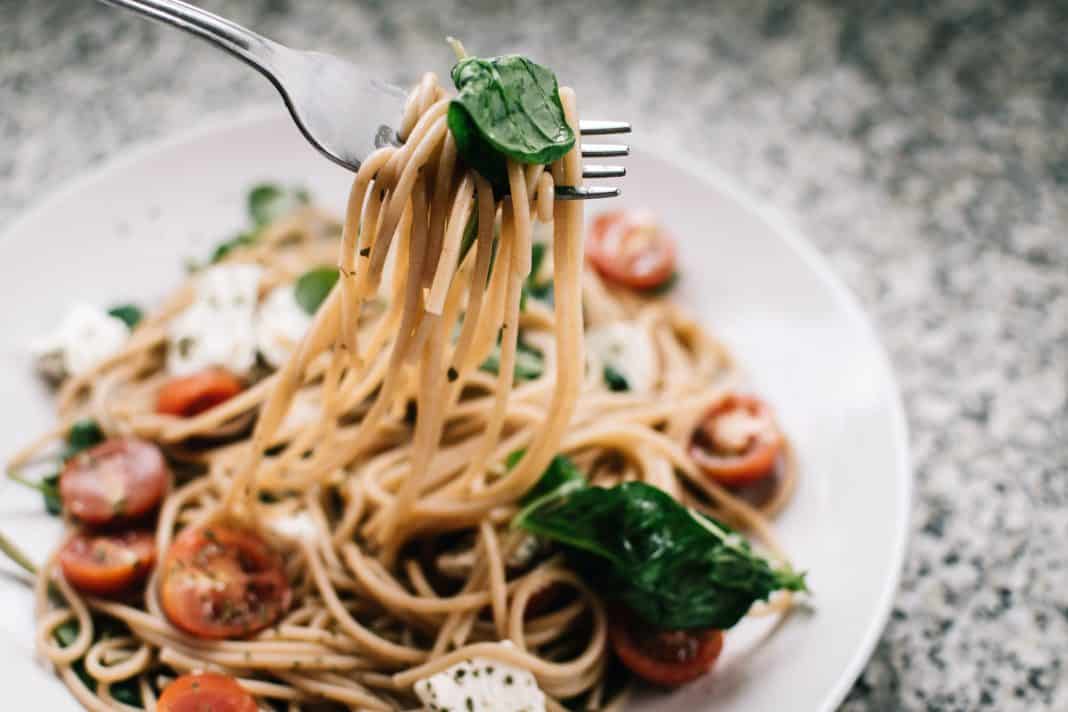 The rules around eating have gotten so relaxed that for the most part basically anything can become a finger food. If you’re going to a nice restaurant and want to look impressive, however, then you might want to arm yourself with the knowledge of correct dining etiquette. If nothing else, this is good information to have for your next dinner party.

If you have seen Lady and the Tramp then you know the right way to eat spaghetti. Just kidding. We can’t lie, though. That impulse goes through our heads almost every time there’s a plate of pasta in front of us. But the correct way to eat one of the world’s most beloved pastas is with your fork—and fork alone. In the U.S., we often use the spoon to help us kind of ball up the noodles as we twirl with our fork, but that is not the case in Italy or most other places in Europe. As writer and food critic Trevor Adams told the Daily Mail, “This is eaten with a fork alone and never cut with a knife. The idea of using a spoon as well comes from the USA but is not practiced in authentic Italian homes or upmarket British ones.”

Certain countries and cultures use fruit as a palate cleanser in between courses. This isn’t especially common in the U.S., but you will often see melons, bananas, or other fruits served with upscale meals in other countries. If you ever find yourself at a fancy meal where fruit is served and you don’t want to simply peel the banana like we normally do, then you can learn from this YouTube video. In it, Sara Jane Ho explains part of her $16,000 eating lesson plan designed for China’s 1 percent.

Place the banana on your plate, cut off the ends, then take your knife and drag it lengthwise across the banana to open it. Slice the banana into bite-size pieces with your fork and knife and eat it like a cut-up hot dog.

Asparagus can be eaten in different ways depending on what course it is. If it’s an appetizer and there is a dipping sauce, then go ahead and use your hands and dip. Always have a napkin nearby so your hands aren’t totally gross, and if you are at a networking event, remember to eat with your left so your right is always clean and ready to shake someone else’s hand. If asparagus is served with your main meal, then, of course, use your knife and fork and cut into pieces and eat. Do not slurp like it’s spaghetti or try to fit the whole spear in your mouth. Chopsticks Think you know the proper way to use chopsticks? Think again.

It’s still up for debate whether people actually like these fancy fish eggs or if they just think eating caviar makes them look sophisticated. Either way, if you find yourself with an opportunity to eat caviar, the best way is to use a small utensil and plate (neither of which should ever be metal, because if metal directly touches the roe that taste takes away from the flavor of the caviar). The best materials to use are ceramic, glass, or even plastic—and if you’re really going upscale, mother of pearl or bone. Take small bites and let the taste linger on your tongue. You can also put it on bread, crackers, or blini, which are little Russian pancakes. If you want the in-depth presentation, check out the 10 steps on wikiHow.

If you happen to throw a dinner party and want to bring some old school manners back, then you’ll be serving your ice cream with a spork. In an article on proper food etiquette, Reader’s Digest has this to say: “The point of entertaining guests was not the food, but the company. It was common, for instance, for a host to serve ice cream with a sort of spork, almost ensuring that guests would eat it in a dignified manner before it melted—which it would quickly do if one was taking small, graceful bites in between exchanges of clever repartee.” No slurping the melting mint chocolate chip until there is nothing left.

If you’re at a place that is serving chicken wings and pizza, then you’re probably at a place where it is totally appropriate to use your hands. We understand that on a first date it might seem weird to eat with your hands, but then again, you can learn a lot about a person this way. Do not cut your pizza into pieces; we aren’t children anymore. And part of the fun of eating some really good pizza is folding it in half. Haven’t you seen Big Daddy? Laura Gottman is the founder of the Protocol School of Texas, and even she admits that “people make the mistake of attempting to formalize finger foods by using a knife and fork, but when ordering foods that would typically be eaten with your fingers, feel free to pick them up and readily indulge.” Just have napkins on hand, and be mindful of the extra sauce. Please don’t dissect the chicken wings, though. Nobody wants to see that.

Sushi in the United States is usually eaten with chopsticks, but that’s not the traditional way to eat it. In reality, we should eat sushi (cut hand rolls) as finger foods. If you don’t believe us, take it from Tokyo sushi chef Naomichi Yasuda, who told the LA Times, “Picking up that salmon roll with your fingers is correct. And don’t dunk sushi in your soy sauce—dip it. Just enough to taste the soy, then eat it. Finally, never eat that pickled ginger together with your sushi. Eat it separately. Think of it as the sherbet of a fancy five-course meal—a palate cleanser.” There is no mention of the spicy mayo, but we imagine that it’s not polite to order and then dunk your sushi it. If it makes you happy, though, go ahead and break the rules.

Mussels are messy. Especially when served in a bowl of delicious garlic broth that’s paired with some crusty bread. The best way to eat mussels is with a tiny fork to scoop out the meat, dunk in the broth, and then eat. If you’re not given the proper utensils, you can also use an empty shell as tweezers or chopsticks to help free the meat. Feel free to ask for a small bowl of water to dip your fingers in so your napkin doesn’t look like it came from a seafood battlefield.

Want to know a crazy fact about lobsters? They are borderline immortal. Some of the oldest lobsters in the world lived for more than 140 years. Males typically live into their thirties, whereas females age to their mid-fifties. They usually die from disease or fishing but not old age. The bigger the lobster, the older it is. When it comes to eating lobsters, most connoisseurs assert that younger lobsters are more tender. And if you get the opportunity to eat lobster, you’ll want to follow the directions that Reader’s Digest has laid out for readers: “First, twist and pull the large front claws off. Then separate the pieces of the front claws at the joints. Use a nutcracker to crack the larger part of the claw and pull the meat out with a lobster fork. Twist the tail and the body in opposite directions, pulling the tail free. Discard the green gunk; that’s tomalley, the lobster’s liver. “Break off the tail flippers and insert your thumb or finger into the flipper end to push the meat out of the tail. Or use a knife to cut the under-shell. Remove the large vein-looking digestive tract so you can enjoy the lobster tail.”