The Best And Worst Pets For Your Kids

So you're buying your child a pet. Are they actually ready for the responsibility? 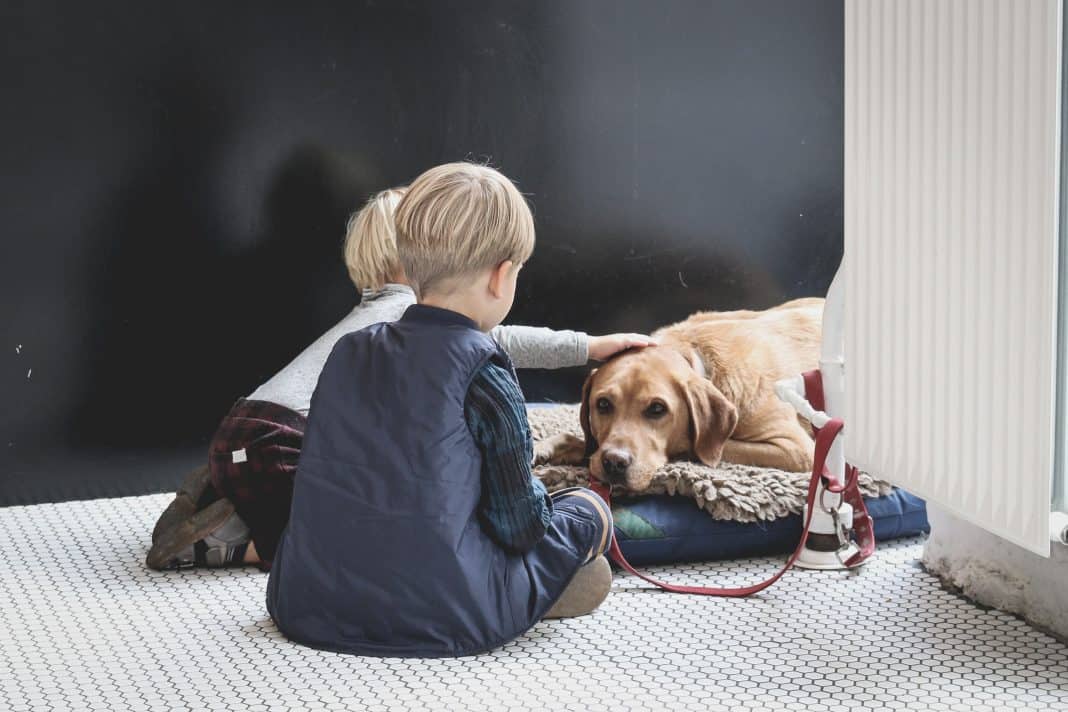 Getting a pet is an exciting time in any child’s life, but the wrong pet can bring more problems than joy. Here’s what you need to know about picking the right pet for your family.

At some point in time, many parents end up getting their children their first pet, whether it’s because they’ve relentlessly begged you for one or you’re trying to teach them a thing or two about responsibility. (Spoiler: That latter reason will backfire.)

You might think that there’s not really anything to taking care of a dog, hamster, or fish, but in some cases, we can guarantee that you’re seriously underestimating the amount of work it will take.

Here are the best and worst pets to get for young children—and some of the most unexpected aspects of caring for them.

Before you even start considering which pet to buy, consider if your kids are ready to look after any animal at all. This will largely depend on the type of pet you want to get them, but there are other things to factor in, too.

For example, even though taking care of a goldfish seems incredibly simple to any adult, a child who’s too young might have trouble with it. Are they old enough to be trusted with getting the food out of the cabinet? Do they understand the importance of feeding the fish the correct amount?

These are things you can obviously teach them when it comes to caring for any pet, but they might not stick if the child truly isn’t ready yet.

A dog is the most obvious choice when it comes to getting a pet for your family—not only are they incredibly cute, but they’re pets that can also be active members of your family. In general, dogs tend to be easy for kids of any age to take care of because there isn’t a ton that you really have to do for them.

Putting out food and water is simple enough, they can easily be walked or let out in the yard for some fresh air, and it’s not hard to clean up after them when they relieve themselves.

If you and your family have settled on a dog, older shelter dogs typically make the best pets, because they usually come potty trained and they’re fairly calm. If you think a puppy sounds like a good idea, we’ll pray that the universe goes easy on you.

It’s important, though, to ask a few questions before you adopt, such as:

Despite their aloofness, cats can also form intense bonds with their owners, especially children.

According to the American Society for the Prevention of Cruelty to Animals (ASPCA), cats that are well cared-for can live incredibly long lives, up to 17 years in some cases, and 13 years at minimum. A kitten will be a bit harder to care for, but they’re ultimately just playful little creatures who do tend to calm down considerably as time goes on. If you have pretty small kids, they’ll probably relate to a cat fairly well—just like them, cats often work playtime and naptime into their everyday schedules.

A “pocket pet” is pretty much just that—any pet that is small enough to fit in your pocket. This type of animal can include mice, rats, hamsters, ferrets, guinea pigs, and gerbils.

Unlike dogs and cats, which will typically become part of the family and be included in many different family activities, pocket pets usually have to stay in their own space and can’t really be left to roam around like a cat or dog.

Caring for them also requires way more supplies than you might think—they’ll need the right type of cage, the right type of food, a water dispenser, something they can exercise on, and wood chips or bedding material, which will need to be replaced fairly often.

Although they’re cute, these small critters involve way more work and care than any kid can handle. Not only that, but they’re also considered a sort of specialty animal when it comes to veterinary care, so it might be difficult to find a solution if something’s wrong with your pet. Until your kids realize how much goes into looking after a pocket pet, they’re not a good idea.

Rabbits are adorable, so it’s not a surprise that so many kids feel drawn to them and want them as pets. They’ll require a similar setup to that of any pocket pet, but they’re a little bit larger and more interactive than something like a mouse or rat. Rabbits can actually be really playful and have very distinct personalities.

However, they’re not just like a smaller version of a cat or dog. In fact, there’s actually a lot that people don’t know when it comes to owning a rabbit.

First of all, rabbits aren’t really meant to be caged animals, and they require way more exercise, space, and time to roam than most people think. They’re also not an animal that will be too keen on you picking it up like you would a dog or cat. Because they’re a prey animal in the wild, a rabbit’s instinct when being picked up is to flee.

Additionally, they also have super sensitive stomachs, and the wrong diet could be fatal. Ultimately, rabbits can make great pets, but they have to be in the right home.

Most of us probably have memories of keeping baby chicks in our elementary school classrooms, and it was definitely an exciting time. Not only was it cool to watch them hatch and begin their lives, but they’re also incredibly cute and fun to hold.

It’s natural that a kid might start asking about having a chick as a pet after an experience like this, but we’re here to warn you that it really isn’t a good idea.

As sad as it is to think about, chicks can easily get crushed by a child who’s running around and not paying attention, which would obviously be a traumatic experience all around. They can also carry bacteria and viruses that can be transmitted to humans, such as salmonella, along with other zoonotic diseases.

The most important thing to remember, though, is that chicks are baby chickens, and they won’t stay that way forever. Granted, puppies and kittens don’t stay that small forever either, but caring for a full-grown chicken is a lot different from taking care of a standard household pet.

Even before they consider a dog or cat, some parents lean toward a fish as their child’s first pet. In some cases, it’s an easy decision—they’re fairly cheap to buy, you really don’t have to get too many supplies, and what you do need can be found pretty much anywhere. They’re also a good pet for kids who are allergic to dogs or cats, because the kid will never even make contact with them.

Although it’s fairly easy to take care of a fish—you give them a sprinkle of food a few times a day, change their water every now and then, maybe buy them a tiki hut for their bowl—the main thing to consider is their lifespan.

Although it’s not likely that they’ll only live for a week, fish can be sensitive to things like water temperature, water filtration, and over- or underfeeding. Educate yourself about the specific care the type of fish you’re considering needs, talk about those needs with your kids, and go from there if they’re confident they can handle it.

Birds tend to be more of a specialty pet, mainly because of all the random equipment people need to take care of them—large cages, special foods, toys, and more. In general, birds aren’t terrible pets for children, but it’s important to consider if a child will even feel drawn to care for them once they realize that you can’t interact with a bird like you would a dog or cat.

Additionally, even when you do get all of the equipment that’s needed to take care of a bird, there’s still a lot more that goes into caring for them than just giving them food and water. As with pocket pets, most vets don’t specialize in taking care of birds, so it might be harder to get them veterinary care, and it’ll probably cost you once you do.

Ultimately, birds are probably a no for any home with young children, but they might be a good option for older kids who are actually willing to take care of them the right way.