If you never knew about the things—and people—teachers have to deal with on a daily basis, welcome to their world. 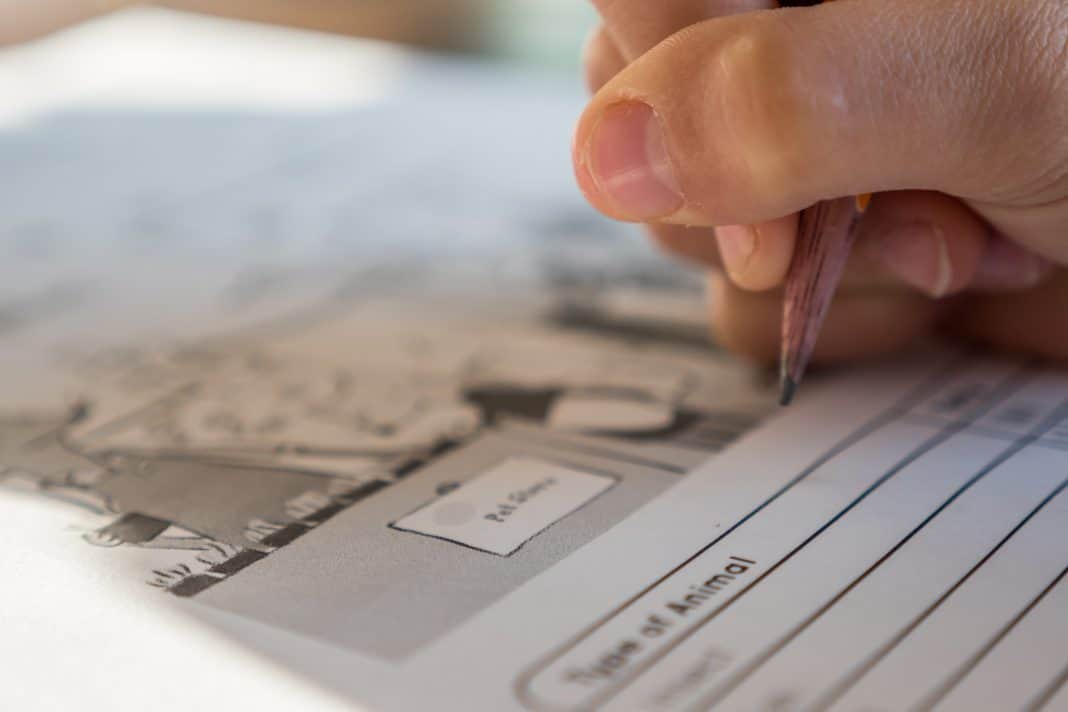 I love teachers. They’re my kind of people and I appreciate them in so many ways. Teachers are organized. They are often creative. They like to plan ahead, and they’ve committed their entire career not only to teaching the basics but to changing lives year after year. Teachers are heroes! I know this (and truly believe it) because my mom and sister are both teachers. Every week I get a behind-the-scenes tell-all about the sacrifices they make and the effort that goes into making their classrooms the welcoming places they are.

I hear the stories of their students—and we laugh, pray, and brainstorm ideas to make the school experience the very best it can be for them. Teaching isn’t my mom or sister’s life, but their students sure are. Everything they do is for them. But with students come parents. And parents are a whole new ballgame. Some parents are amazing, like besties you have to maintain tiny unspoken boundaries with because parent–teacher relationships can get tricky quickly if both parties aren’t careful. Then there are the parents who are not bestie material. They are just…different.

Some are very hands off; others fall into the helicopter category. Then there are the ridiculous parents. Brace yourself. These are the ones who can catapult a whole pile of crazy into a teacher’s school year. Here’s a peek at some of the most ridiculous things parents have said to teachers. Some of these might make you cringe while others invite you to laugh out loud. Time to take notes on what not to do this school year.

Parents are doing their research, but it’s not school related.

“At my back to school open house a mom said, ‘I already looked you up on [social media] and I know everything about you.’ I blinked a few times, did my best to smile, and replied, ‘Wow…I guess I’m going to have to update my privacy settings!’” –First grade teacher in Washington

“I once had a parent ask to have his daughter removed from my class. Why? He found out that I had children and he wanted a teacher that was ‘devoted to her job.’” –Second grade teacher from Washington Seriously, no need to dig so deep into a teacher’s personal life. Especially before you get to know them in person!

Parents expect a lot from teachers.

“A parent (who I’m now great friends with) came in on the first day of first grade and asked me to remind her daughter to poop AND let her take as long as she needed so it would all come out. Um…not quite in my job description, but okay!” –First grade teacher in Washington

“It was my very first year as a schoolteacher. I was teaching sixth grade and there was a kayaking field trip tradition that I was expected to carry on. I sent out a newsletter with all the details and the following day was approached [by] one of my ‘favorite’ parents who said, ‘Have you done a risk assessment for this field trip?’ A risk assessment? I had no idea what to say! This field trip was a tradition that I was just trying to honor. They carried on about hypothermia and all sorts of dangers and I did the best I could to calm their fears. But seriously, we weren’t going on an overnight trip to the Arctic!” –Sixth grade teacher from Washington

Homework and grades are how the world goes ’round.

“One year I had a parent pull their child out of school for three weeks for a trip. …They told me, ‘Please prepare a customize[d] packet of everything you’ll be teaching during this time… I want my child to be all caught up when we return!’ I had to gently explain that a lot of learning in our classroom was student led and that I had to stay with the pace of the class. Although I had an outline of what I was going to be teaching I really went day-to-day. Made me feel so irritated and unappreciated, I’m juggling more than one student here!” –Second grade teacher in Wisconsin

“One ridiculous interaction that sticks out was when I taught AP literature and I called home to a parent whose son was failing my class. It was his senior year and I was bending over backward to help him stay on track but he just didn’t want to do anything…literally…he wouldn’t even keep his head up for a movie. When I expressed concern that he wasn’t learning anything, the parent’s response was, ‘I don’t really care if he learns anything. How can he get an A?’” –High school teacher from Virginia “It was the first year I taught math, my very first parent–teacher conference. The mom of one of my Algebra 2 students came in, and the first words out of her mouth were, ‘Your homework is making my son’s life a living hell.’ In my defense, her son didn’t do much in class, so when he got home, he couldn’t remember how to do the problems. But I was assigning 30 problems to be done partly in class and the rest at home, and I’ve since reduced that to 15 to 20. So in a sense, I took her words to heart.” –High school teacher from Oklahoma

Homework is part of school. Grades are part of school. That’s how it goes. It’s all about preparing kids for the real world. You know, the place where we’re evaluated constantly and Mom and Dad can’t aggressively advocate for their adult children.

“I had a very verbally explosive student in my class. He would often yell obscenities and insults at me and his classmates while I taught. At one point he yelled out during class that I was fat and my haircut looked stupid. Having short hair, I paused my lesson and calmly responded, ‘It kinda looks like your haircut’ and proceeded to teach my lesson. The next day his parents called a meeting with the principal and myself saying that I, had roasted [their] son in front of the class and now he had no friends. No, not quite. …You, young man, and your actions are what created the ‘no friend’ problem.” –Fourth grade teacher from New York

Cut teachers some slack. They’re human. They make mistakes. They also deserve the benefit of the doubt. They’re teachers for a reason: They love our kids and most would never do anything to harm them.

“I once had a mother use the mirror over my shoulder to reapply her makeup during the whole parent–teacher conference. She never actually said anything ridiculous, but I could hardly believe how disconnected she was from something that’s normally quite important to parents!” –Fifth grade teacher from Alabama What you do really does matter!

This one deserves an induction into the Ridiculous Hall of Fame.

“A student was having a bad attitude and consistently using some bad language in class. At parent–teacher conferences I brought this up to the parents and they were upset because ‘He never talks like that at home.’ They blamed, ‘The rude kids from school,’ saying that ‘They’re the negative influence.’ About a week later I called them at home to discuss a different issue and their answering machine came on saying, ‘LEAVE A FREAKING MESSAGE.’ I no longer questioned where the poor attitude and language was coming from. As they say, the apple doesn’t fall far from the tree!” –Fifth grade teacher from Nevada

If you’re a parent with a child in school, we sincerely hope—for both your child’s sake and yours—that you’ve never done anything remotely similar to anything you’re about to read below.

“Do not ever write down my son’s name as Chris M. Just because another student has his same first name. He is receiving unequal treatment because you are addressing him by his first name and first letter of last name. This is deeply unfair and I will be talking to your principal.” –my_final_answer via Reddit Apparently, some parents no longer think of their kids’ teachers as teachers; they seem to think of them as their personal assistants and babysitters.

“‘Please postpone today’s test. My son left his backpack at school yesterday so he couldn’t study.’” –my_final_answer via Reddit “Had a parent forgot to pack their kid a lunch, they called the school to tell me I needed to leave the class to go across the street and buy the kid Subway.” –jackieisgrumpy via Reddit

Let this be a reminder to us all: Don’t be the parent who is known for crazy statements and odd encounters. Think back to when you were a student. Would you have wanted your parent to say (or do) this to your teacher? Would you speak to a co-worker or friend like this? Even if something is amiss, you can communicate your concerns with your child’s teacher or a school administrator without launching things into the realm of the ridiculous.

When you enter your child’s world, you represent them. They need you to be in tune with their life and the people who are important to them. Be kind to their teachers!