Singled Out: Society’s Obsession With Love (And Why It’s Okay To Be Single)

If finding love is the true purpose of life, then why do so many single women feel fulfilled from being on their own? 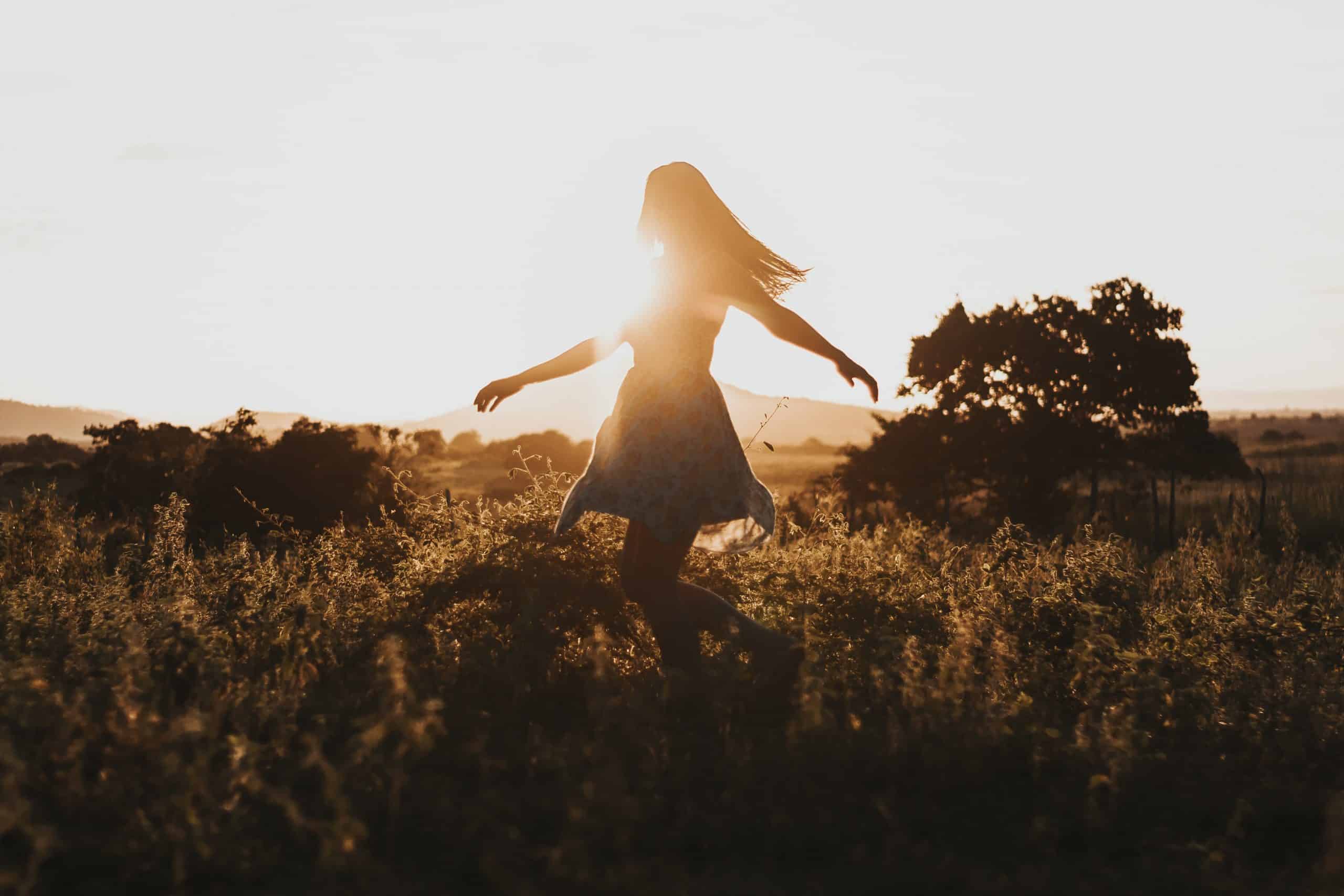 From romance novels to Disney movies to crappy rom coms, fictional narratives often depict falling in love as the ultimate end-goal. Even the most problematic on-screen couples often find their way back to each other, as if they were fated to be together—despite how incompatible they may be. This is especially true for female characters, who rarely manage to get through the first act without encountering the soon-to-be love of their life. Because what’s a good story without romance?

While this stereotype is prolific in fiction, it’s also reflected in the way women are treated in real life. Asking someone “how are you still single?” may be intended as a compliment, but it has a pretty negative underlying connotation: that being single is an affliction.

Expectation vs. Reality: Being Single

There’s so much value placed on being in a relationship that it’s often regarded as the only true way to feel complete. Yes, love is wonderful and intoxicating unlike anything else. But isn’t it possible to find a sense of fulfillment on your own? The answer to that question is, of course, yes. There are countless benefits to being single (besides the obvious perk of never having to worry about waking up in the middle of the night with no blanket). As clichéd as it sounds, being single truly is an opportunity to get to get to know yourself and grow as a person. Without the attention and validation from a significant other, the task of finding happiness falls entirely on you. When you’re on your own, you learn exactly what it is that you truly need and want from life. Being single can be an empowering experience. Nevertheless, anyone who’s ever spent a prolonged period of time single knows all too well that not everyone shares this view. Ebony Polwarth is 26 years old and has been single for four years, but isn’t interested in finding a relationship— despite what those around her might want. “Socially, it’s not overly acceptable to be single at 26,” she says. “Everyone expects you to have someone. But honestly I am not interested. I know my mom wants me to get a boyfriend, but I just ignore it.”

Mom is trying to set me up w/her friend’s nephew. I tell her I don’t want a boyfriend. Mom: Everybody wants a boyfriend!

26 is still pretty young. But when all your friends are the same age and in committed relationships, it can be hard not to feel like the odd one out. “I feel pressure all the time!” she says. “Especially with my friends and family being in good, proper, stable relationships and moving on in that aspect of their lives.” Nic Tate has been single for 18 months. Despite her last relationship ending on amicable terms and remaining really good friends her ex-partner, the breakup was viewed as far from positive in the eyes of her family. “My family would ask about it and my dad’s wife would say every time, ‘I pray for you every day’ that I would find a partner,” she says. “I would tell her that I’m very happy. And yet questions would often be about why I ‘hadn’t found anyone yet.'”

Me: Mom, I don’t want a boyfriend. Mom: Well I want you to have a boyfriend!

For all the stereotypes of single women being distraught by their solitary state, it seems that a more accurate character would be that of the overly concerned mother. Who knows how much money Hollywood could make from a film about a woman plagued by her daughter’s refusal to find a man?

There’s an undeniable bias when it comes to single men and single women. If a man is single, he’s a bachelor who’s just having a bit of fun with his life. But if a woman’s single? Well, there might just be something wrong with her. As much as some women may jokingly embrace the stereotype of being a single “crazy cat lady,” it’s a far more negative image than that of the free, independent bachelor.

A single man close to his forties isn’t going to feel anywhere near the same amount of pressure as a woman of the same age. But as Polwarth can testify, a woman 10 years his junior will probably be incredibly familiar with that feeling. “It’s like, you’re over 25, where’s the kids and the ring?” she says. “People just assume it’s all happening so we don’t miss our biological clock.” Ah yes, the biological clock: the ticking time bomb lurking inside every woman. This in itself presents an even more problematic expectation: that a woman’s ultimate goal in life is to have children. Despite the fact that it’s 2017 and not 1917, women of all ages are often pressured to find someone to settle down with—”in time,” of course—to have a baby, especially if they come from a more traditional family. It’s something that I’m personally more than familiar with. My mother’s family isn’t the most traditional, but they have some pretty old-school expectations of women. When I was 19, my brother and I both moved to different countries. While my brother was wished well on his overseas move, I was questioned relentlessly. My family wanted to know why I didn’t want to find a man in my hometown and “settle down.” Keep in mind that I was literally still a teenager. While their lack of interest in my education and career was easy enough to ignore over the years, it became a little more intense when I was single for two years. It was some of the most satisfying and fulfilling years of my life so far, but it didn’t exactly please my family, who constantly asked if I was gay. Of course, there’s nothing offensive about someone assuming you’re not straight. But it’s pretty absurd to deduce that the only reason a woman wouldn’t have a boyfriend would be because she’s secretly a lesbian. Ironically, having a child doesn’t necessarily guarantee you get a free pass from judgmental family members. One of my cousins is almost seen as the black sheep because she’s 28 and doesn’t have a boyfriend. Yet she’s a working single mother and has a PhD—the most professionally successful person in our entire family. She’s already achieved the “goal” of having a child. But by being single, she still isn’t meeting my family’s—or society’s—expectations.

Despite the backlash, some people are refusing to bow to society’s pressure—even public figures.

Former Australian Prime Minister Julia Gillard was constantly chastised by the media for not marrying or having children with her partner, Tim Mathieson. A member of Gillard’s party argued that the country’s first female prime minister was “being persecuted both because she is a woman and in ways that would be impossible to apply to a man.” Gillard ultimately lost a leadership vote and resigned as prime minister. The expectation that Gillard should marry her partner in order to validate their relationship is a reflection of something called “The Relationship Escalator.” A term coined by the polyamory community, it describes the expectation that every romantic relationship must follow the same trajectory and hit certain milestones along the way. It’s a common formula in most monogamous relationships, with marriage and a family being the end goal. The Relationship Escalator is something that’s largely rejected by the polyamorous community. This especially applies to people who practice what’s called “solo polyamory”—having non-monogamous connections with others while not being in an actual relationship. Another group of people defying relationship conventions is the “childfree” movement: people who refuse to have children. The decision to not have children is something that women are particularly judged for. They’re often told that they’ll change their mind, especially if they were to fall pregnant. It might seem bizarre that people are forming entire communities based on their relationships preferences and aversion to reproducing. But considering the oft-negative reactions to these choices, it’s little wonder they’re seeking support by banding together. These boycotts may not be the ultimate answer to a romance-obsessed society, but the people behind them are making a point that’s relevant to all of us: that it’s okay to go against the status quo. In an episode of her Netlix series Chelsea Does, comedian Chelsea Handler explored being a single and successful woman in her forties—somewhat of a taboo subject in Hollywood. The episode perfectly captured society’s bizarre obsession with committed relationships. Handler concluded that while it’d be nice to find someone to settle down with, being single may just be the better choice for many people—herself included. Being single can be an awful, challenging experience. But so can being in a relationship. Both experiences can also bring great joy and fulfillment. So why is such a premium placed on one and not the other? When it comes to relationship choices, “you do you” may very well be some of the best and most relevant advice. Want to date five people? You do you. Don’t want to have kids? You do you. Want to focus on your career? You do you. Saying “no thanks” to the great Hollywood love story is an acceptable and even powerful choice to make. It’s totally okay to be single—even if you’re not hosting your own Netflix show.