A Lifelong Headache: The Signs And Symptoms Of Chronic Migraines

Those non-stop headaches have a name. Here's how to identify and treat chronic migraines, according to medical professionals. 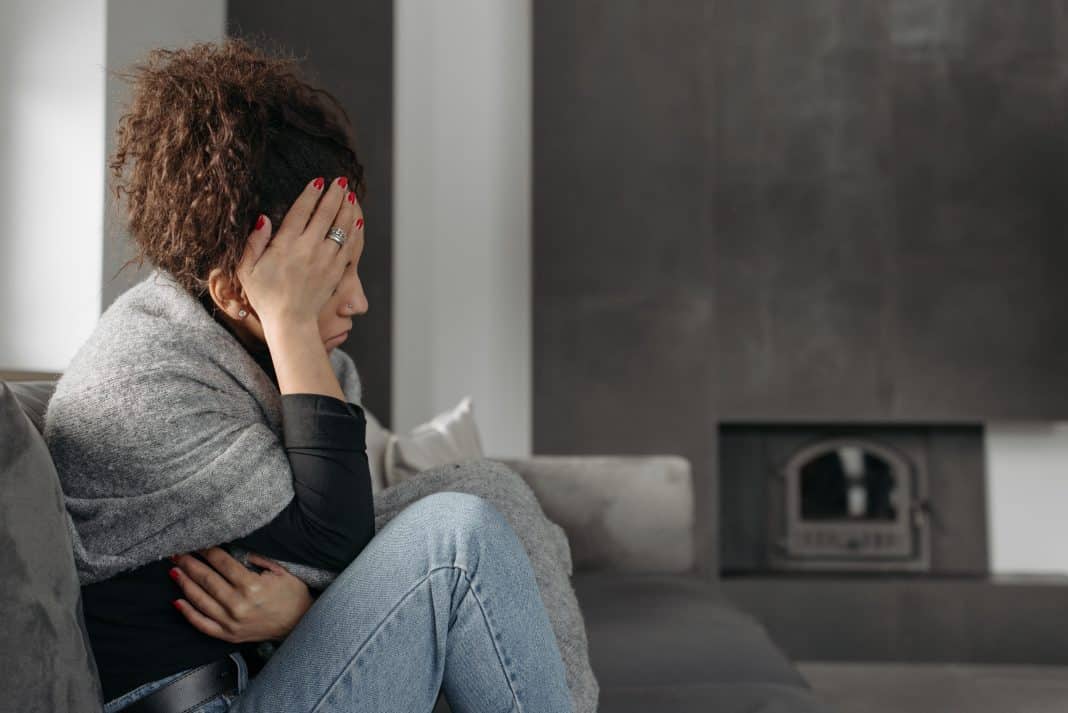 Migraines are miserable. Maybe that’s a bit of an understatement for the 12 percent of the American population who suffers from them. They’re agony, anguish, and for chronic migraine sufferers, they’re very literally a constant headache. According to one survey of Americans, women in the workforce who regularly battle migraines lose a collective 18.8 million work days every year because of them. Stay-at-home peers are far from immune either: Stats from the same survey estimated women at home suffer debilitating migraine symptoms some 38.5 million days in one year (again, these are all those women collectively). Migraines are more than miserable. They’re life-altering. And that’s especially true for the sector of people who have what are called chronic migraines: the types of debilitating headaches that just won’t go away. When it comes to medical terms, chronic means “persisting for a long time.” It’s a term doctors use to address a condition that may even be lifelong. But when it comes to chronic migraines, the term is even more specific. Just 1 percent of the population is estimated to suffer from chronic migraines, according to the American Migraine Foundation. Could you be one of them? Let’s consider the symptoms.

1. Migraines for More Than Half the Month

Some people will have one migraine in their lifetime and never have another. Some folks get them once or twice a year. Some may even have a few a month. Then there are chronic migraine sufferers. To fall in this group, Tania Elliott, MD, the chief medical officer at EHE, says you need to be experiencing at least five days worth of migraine headaches each month for a three-month period. More typical in women than men, chronic migraines are separated out from other migraines by doctors because of the severity and frequency of symptoms. Before a practitioner can diagnose anyone with chronic migraines, a headache journal is a first step. If you’re facing the problem, your doctor will ask you to start writing everything headache-related down, noting when your symptoms start, any triggers that you can identify, and anything that seemed to help alleviate your symptoms. This will help your doctor determine if you’re truly experiencing chronic migraines, allowing them to rule out or diagnose other possible conditions before embarking on a treatment plan. All that said, aside from the frequency characteristic that sets chronic migraine symptoms apart from other migraines, Elliott says all other signs and symptoms are the same. So what else might you be dealing with that could signal you’ve got chronic migraines?

This should be a given, right? After all, migraines are headaches—there must be pain somewhere. But what sets migraines, chronic or not, apart from headaches caused by allergies, viruses, and other conditions is where the pain shows up and what it feels like, says Geoffrey Eubank, MD, system medical chief of general neurology at OhioHealth Neuroscience in Columbus, Ohio. Typically, migraine pain is on one side of the head, but it can be on both sides, and it can be in the front of the head or even the face, Eubank says. That can make it confusing for sufferers, who often confuse migraines with sinus headaches. “[Migraine pain] can also occur or extend into the back of the head and into the neck region,” Eubank notes. But what truly sets migraines apart from other headaches is the severity of the pain, and how it interferes with one’s ability to function. While sinus or tension headaches may be uncomfortable, migraine headaches are categorized as debilitating by doctors. This is especially true for chronic migraine sufferers because of the frequency with which their lives and interrupted by severe headaches.

Part of the interference with daily life that crops up is a tendency for migraine sufferers to vomit or at least suffer nausea before and/or during a migraine. Often a premonitory symptom, nausea can hit before the pain in the head shows up, signaling that a migraine is on its way. Though the contents of your stomach might come up, the problem has nothing to do with the stomach itself—this is yet another issue caused by the brain.

When your migraines make you throw up and throwing up gives you a migraine, life is a vicious cycle 🙃

“Migraines originate, it is thought, in the brainstem, and a place in the brainstem called the area postrema gets involved,” Eubanks explains. “This area is tied to nausea and vomiting.” The area postrema is tied up in why we vomit even when we’re not suffering a migraine. But when the two are combined, it can be one of the most troubling symptoms of migraines for doctors and sufferers both in that it makes it harder to administer oral medications, one of the first lines of defense for chronic migraine sufferers.

For an estimated 25 percent of migraine sufferers, a neurological disturbance known as an aura may show up in what’s known as the prodrome phase of a migraine. This is a period of time that can be anywhere from hours or days before the actual pain hits in the head but signals that a migraine is incoming. The word aura may conjure up images of angels, funky colors, and halos hovering over your friends, but Jin Li, MD, chief of neuromuscular medicine at Westchester Medical Center in Valhalla, New York, and an associate professor of neurology at New York Medical College, says there’s a lot more science to this medical term. “The most common aura is visual aura—when the patient sees a dark spot on the periphery and a flashing light on the outer … rim of the dark spot,” Li says.

#MigraineAwarenessWeek 36/50: If you are lucky enough never to have experienced migraine aura and want to know what it looks like, check out the extraordinary work of @fran_emk pic.twitter.com/LulPZjkuw4

The aura itself is what Li calls a “manifestation of neuron hyperactivity.” Basically, there’s a chemical wave moving through your brain. Although it’s typically visual, it may be auditory too, meaning your ears may be processing something at a heightened state. Your vision can also become blurry for as much as an hour or more—something doctors call a “visual aura.” Experts believe the auras from migraines—particularly auras accompanied by temporary numbness—are linked to genes. If your mom, dad, or maybe grandma or grandpa experienced migraine auras, you’re probably at higher risk of spotting them yourself.

4. Speech Issues or Issues With Coordination

Stumbling, slurring, dizziness: These issues can all crop up during the aura phase of a migraine. You may find yourself unable to remember specific words that you use on a regular basis or simply struggle to pronounce those words. You may also suffer from vertigo, a sensation that you or the room around you are spinning. This can make it difficult to walk or do other physical activity. These feelings can return later during what is known as the postdrome phase, Eubank says. “It’s the period that occurs after the migraine headache part is gone,” he notes. “Often times people are tired or listless but can have other symptoms such as dizziness and weakness.” While unsettling for someone who is dealing with them, the speech issues and coordination problems typically only last about an hour and are fully reversible. So long as it’s truly a migraine causing the issues, they do not carry over into days when you are not suffering from a migraine.

You don’t need to have an actual aura experience to be sensitive to your environment. Lights, sounds, and even smells can intensify the pain of a migraine. “The cascade of pain responses includes the hypersensitivity or visual and hearing transmission,” Li explains. In other words, the senses that are typical ways we connect with the world can be overwhelming. Lying down in a dark room, with room-darkening curtains and even noise-canceling headphones can lessen exposure to these triggers. You may also find yourself triggered by certain smells, Eubank says, so limiting exposure to them can help.

Some people are able to find their migraine triggers—certain foods or allergens can bring on a migraine in some folks, for example—and simply avoid those things in order to avoid the pain of a headache. That’s not typically true for chronic migraine sufferers who find their bodies wracked by symptoms so often it’s impossible to pin down any one trigger. Nor is there any specific cause that can typically be found for migraines, Eubank says. “There definitely appears to be genetic influences the predispose some people to migraines, and there are many environmental triggers,” he notes. “Ultimately, it appears there may be an imbalance of serotonin in people with migraines and drops in serotonin levels seem to occur before migraine happens. This causes the release of other neurochemicals within the brainstem that ultimately triggers the headache and many of the other symptoms that occur during migraine.” Not knowing why the brain acts the way it is can be frustrating, but it doesn’t mean there aren’t options out there for people who suffer from chronic migraines. For chronic migraine sufferers, treatment often comes down to opting for pharmaceutical help. Preventative medications are typically used, Li says, along with “abortive” medication, a term that describes medicines that can help stop a migraine in its tracks. Nonpharmacological treatments, such as biofeedback and cognitive behavioral therapy, are also sometimes helpful for chronic migraine patients.